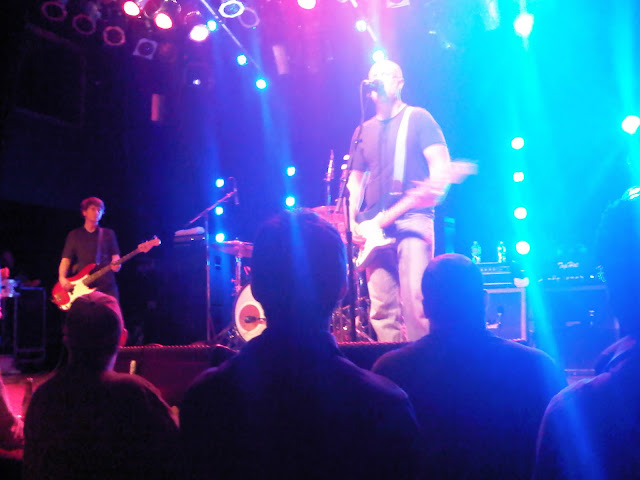 Monday, October 5 marked the third time that I’ve seen Bob Mould live. I saw Sugar at the Concert Hall in the early 90’s and I saw the Bob Mould Band on their last stop at The Mod Club in 2008 supporting the excellent District Line album. After blasting through Hüsker Dü's "Something I Learned Today" from Zen Arcade and the always incredible Sugar tune "A Good Idea", Bob mentioned that this year has kept him busy with things other than touring. He mentioned that they had played Coachella, then arrived in Toronto the day before The Mod Club show, had a rehearsal, and now they were playing for us.

Not that they sounded unrehearsed. The trio (this year they weren’t touring with Bob’s Blowoff partner and keyboard player Richard Morel) were tight and energetic, playing through the now fairly standard mix of Hüsker Dü, Sugar and Bob Mould solo material. This show was different than last year in that Bob pulled out the acoustic guitar for a few songs.

Highlights were Sugar classics "Your Favorite Thing" and "Hoover Dam", Hüsker Dü classics like "I Apologize" and "Celebrated Summer" (Bob, how come you never play my personal favourite "Could You Be the One?"?) and some highlights from his new one Life and Times, including "Life and Times", "I’m Sorry Baby, but You Can’t Stand in My Light Anymore" and "Argos". In my humble opinion, "Spiraling Down" is an awesome new song and would have been an excellent addition to the set. 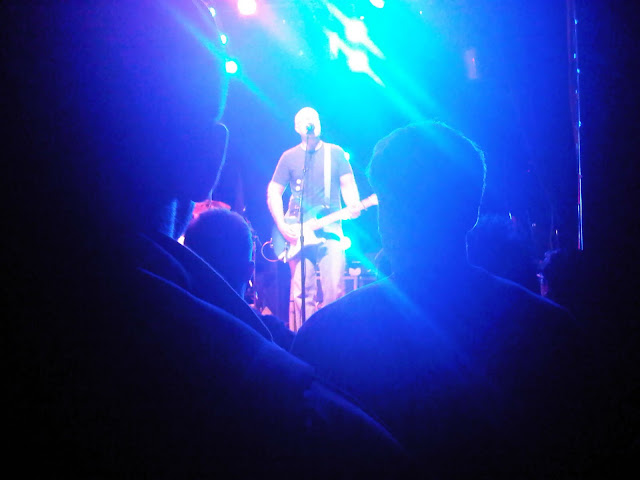 Overall, another great performance from Bob Mould and his rhythm section. Next up for Bob will be the release of his autobiography. I will certainly be picking it up to get a greater insight into this great songwriter who has influenced so many artists, myself included.

Here's a bootleg video from Bob's show at Irving Plaza on October 8. It's of the last two songs of the proper set "Celebrated Summer" and "In a Free Land" originally from Hüsker Dü.

I took the photos with my Blackberry. Maybe part of the appeal this blog can be the horrible live shots that I take.
Tags: bob mould, concert photography, concerts, husker du, sugar

As they say, when it rains, it pours.

This week I have three, count 'em, three concert nights out that should give my earplugs a good workout.

The first comes tomorrow with one of my greatest influences musically - from his solo work, to Sugar and back to Husker Du - Bob Mould at The Mod Club.

Then, on Wednesday night, I'm off to see Built To Spill's second Toronto show at Lee's Palace.

Finally, on Saturday night, I'm off to a show that I've debated whether I could attend or not - a great triple bill of The Twilight Sad, brakesbrakesbrakes, and We Were Promised Jetpacks at the Elmo.

What a week it will be, and sooner or later I'll write about each one.