So a while back I posted about Hard-Fi and said I was interested in similar artists. So I headed over to last.fm and punched in their name. The "similar artist" that I hadn't heard of was Reverend and the Makers. I checked out a few tunes and I likey.

Here's "Heavyweight Champion of the World"

"Silence is Talking" with the riff from "Lowrider" by War

Tags: reverend and the makers

The Strokes have been getting lots of press for their recently released album Angles. I thought I'd go back to the first Strokes song I ever heard - "Last Nite". Awesome tune. I love the almost disinterested attitude they have, along with the unique guitar interplay. Cool. 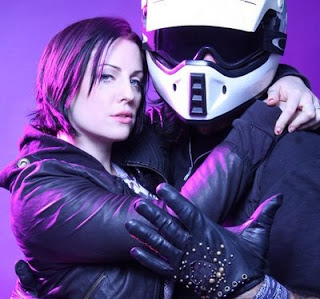 I actually wrote this post about two years ago and never hit Publish. But Spinnerette have some cool songs, so I've got to put it up now.

Have you heard of Spinnerette? They first crossed my radar a few months ago when I saw the video for "Ghetto Love". Great song. Great simple video. So I bought the EP on emusic.

It's quite a departure from Brody Dalle and Tony Bevilacqua's old band The Distillers, but it happens to be more up my alley, so to speak. Check out Ghetto Love below and tell me it doesn't stick in your head for days. The rest of the album sounds really good but isn't quite as immediate as the first single. Although I'm certainly getting something close to immediate gratification coming "Baptized by Fire". I'm sure to have more to say about the rest of the album as it gets into more frequent rotation on my iPod.

Here's the video for "Ghetto Love"


And the video for "Baptized by Fire"

Superchunk is a band that's been around for a long time, but I managed to miss them when they originated. I've picked up their latest album Majesty Shredding and I'm enjoying it a lot.

Here's "Crossed Wires" and "Digging for Something"

Pearl Jam Still Have It

I was a college radio disc jockey back in the early 90s. It was a cool time in music and a very cool time in my musical evolution as I went from being a metal head with pop sensibilities to being turned on to bands like The Wonder Stuff.

I was the first one to grab the album Ten from this new buzz band called Pearl Jam. I checked out a few bits of some tracks and decided to play "Even Flow". I got right into these guys. I had a ticket to see them at the Concert Hall in Toronto - they'd never play a venue that small in T.O. again - and had to sell it off since my own band had a gig in Peterborough. I did get a chance to see them at Lollapalooza 2 with such great acts as Red Hot Chili Peppers and Ministry. Pearl Jam were awesome, with Eddie climbing the lighting rig and stopping a song because someone was down in the pit.  And then there was my friend, who I saw coming over a hill after Ministry's set with his broken glasses in his hand, his white t-shirt smeared with dirt and a large, clear doc marten boot print in the middle of the chest - and, of course, a great big smile on his face.

Thinking of Lollapalooza 2, does anyone remember an act called Sharkbait? They were this crazy act that passed out paint cans and drumsticks and assorted shit to bang on and we all chanted "We love you cuz you keep on crushing" until the energy was amped up so high. Then they had everyone stop and "put your hands in the air" and chill out. I seem to remember body painted boys and girls on stage, too. Very wild. There were lots of people around, but my buddy and I are the only ones who seem to remember seeing this act. Maybe it was the brown acid, or lack thereof.

That's a pretty long intro to say that I really like the tune "The Fixer" from Pearl Jam's most recent album Backspacer. You've probably heard it, and maybe you should hear it again. If you haven't heard it, check it out.

And here's a video of PJ on Jools

This isn't a new song, but I've never posted it before and it's groovy as hell.

The New Pornographers Movie. Not.

A while back, I posted a video of The Black Keys doing "Howlin' For You" which is like a movie trailer. Well, so is this newish video from The New Pornographers' latest album Together.

The 90's. They were pretty cool. There was Grunge and it was good. It was kind of like metal, but with more groove and without the leather and studs and mullets and lyrics about rainbows and dragons. Then they made a movie out of it. The movie was called Singles and lots of grunge-type people were in it. It did have a pretty cool soundtrack. Here are a bunch of tunes from the soundtrack:

Paul Westerberg with "Dyslexic Heart" and "Waiting For Somebody"

Pearl Jam with "State of Love and Trust" - played fast

and Screaming Trees with "Nearly Lost You"

The Joy is Formidable

Maybe it's because I'm Canadian and was subjected to 6 years of French in school, but I always pronounced this band's name with a French accent. When Damian from Fucked Up played thier video on Wedge, he pronounced it with a North American accent. Anyone have any idea how the band pronounces their name?

Not that it matters, they're called The Joy Formidable and they've released a great full-length album.

Here's "Whirring", "Cradle" and "A Heavy Abacus" from that album, The Big Roar.

Like Louise Burns, who I featured the other day, Black Mountain are long-listed for the Polaris Prize. They deliver a hard-edged classic rock sound with chunky guitars, pounding drums, wailing keyboards and boy-girl vocals. What's not to like?

Here are videos for "Old Fangs" and "The Hair Song" from their latest Wilderness Heart.

Louise Burns is right on target

There's a whole 60s girl group with lots of fuzz trend going on these days and Louise Burns is right on target with the trend. A little bit country, a little bit rock and roll, and a whole long way from her old band. She's also long-listed for the prestigious Polaris Prize.

Here's "What Do You Wanna Do?" from the album Mellow Drama.

Here's a band that's new to me - Modern Superstitions. I don't know anything about them. There's not much about them on their web site either. No matter. They sound great and that's all that matters.

If you want to cut to the chase, skip to about 2 minutes into the video...

An Horse have a new album called Walls

I posted about An Horse some time ago. They've recently released their second album called Walls. Here's "Dressed Sharply".