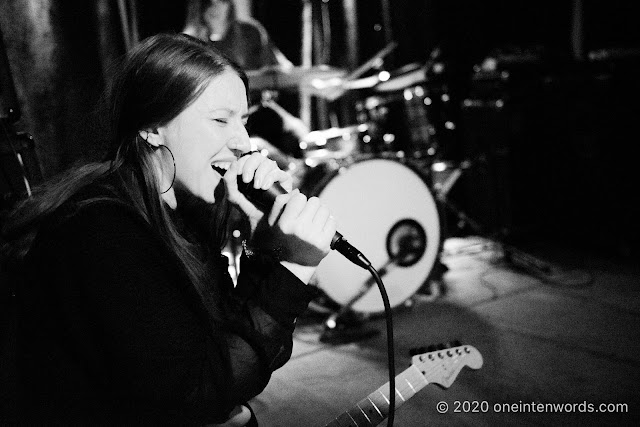 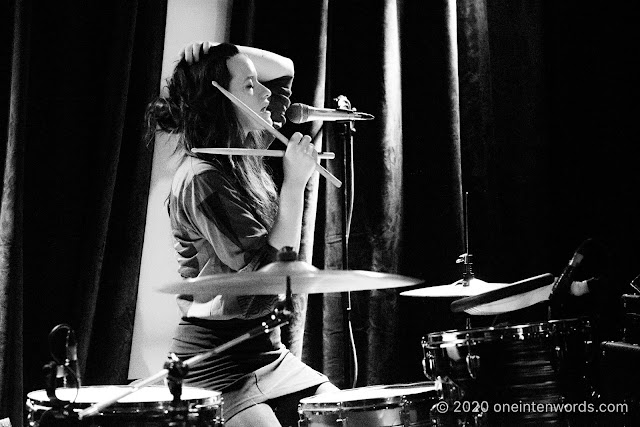 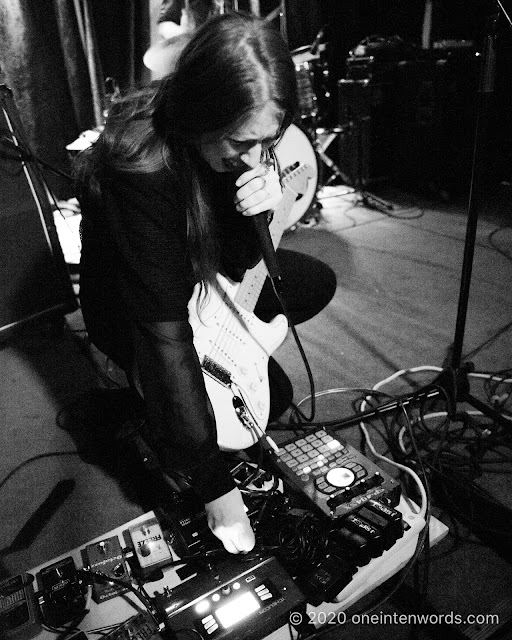 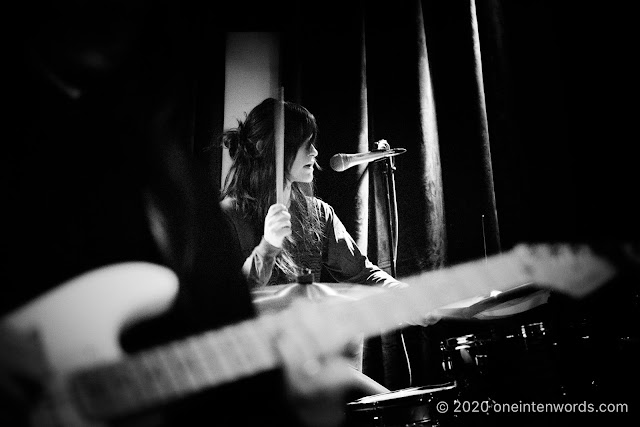 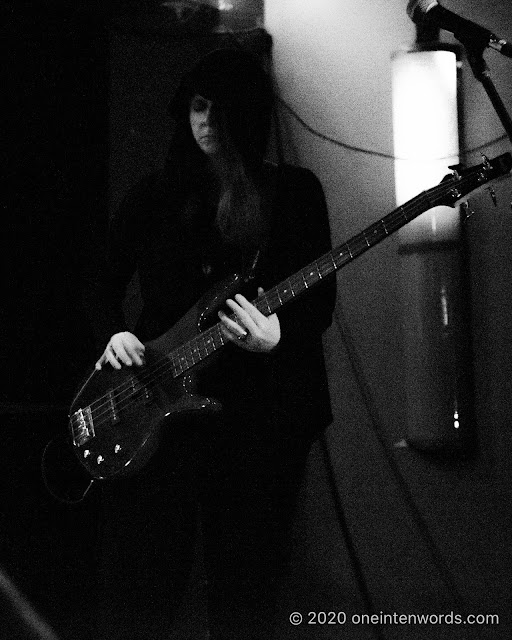 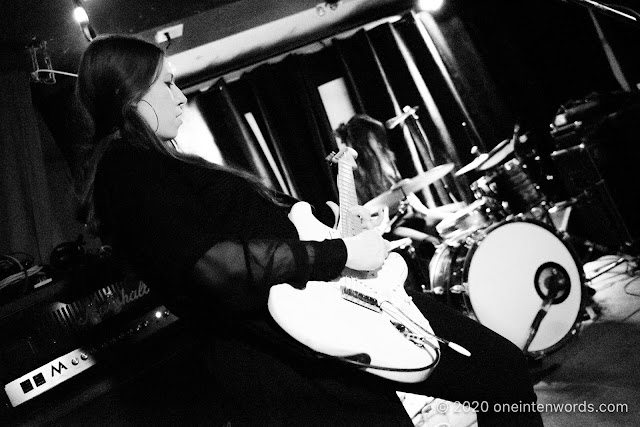 Weeping Icon were the second band up on The Monarch Tavern stage on March 11. Check out my phots of headliners Control Top and local openers The Effens, who joined Weeping Icon on this bill. The Brooklyn band gets the distinction of being the second last live band I saw before Toronto, and so much of the rest of the world, was shut down.

Weeping Icon are intense, with songs that communicate through hypnotic sonic manipulation and sonic severity. Lyrics like, "I'm really trying to perfect the art of screaming into a paper bag and I want to look good doing it" from the song "Control" reflect their unique, perceptive art and social commentary. A quote that stood out from the show, "We’re from the United States. Pray for us." was poignant then, and has only become more so as the days have gone on.

Sometimes you witness something and know that it’s art. This performance by Weeping Icon was one of those times.

Check out some of Weeping Icon's music: