The Joy Formidable make a beautiful noise at The Phoenix 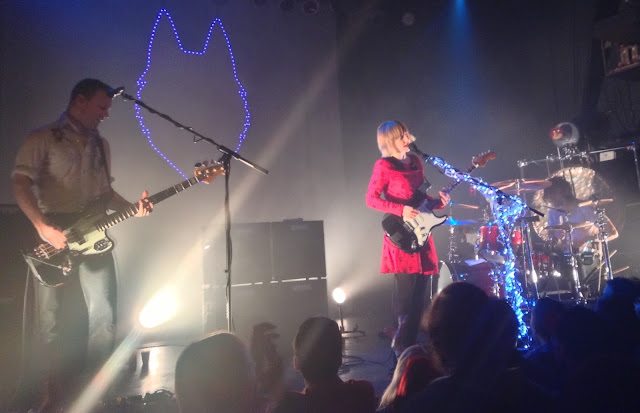 I love The Joy Formidable. When I watch them play, I never want the show to end. I feel like I could spend the rest of my life watching them play and hearing their music and never want for anything else. I love the energy, passion and wonder they play with. They perform almost every night yet they play with the energy that I used to feel playing a gig every few months. They project such a feeling of fun. I wish that I could have that much fun at my job every day.

Ritzy seems to want to make eye contact with every person in the venue. She reaches out with her eyes and sings with her hands; she sings such beautiful words and melodies, and coaxes the most amazing roar from her guitar. I'm so happy for them when I see the crowds get bigger and bigger each time they come through town. Of course, getting more popular brings with it certain challenges.

What's the problem with getting more popular, you may ask? One thing is the venues get worse as the bands get bigger. If The Joy Formidable come back and book into Kool Haus or The Sound Academy, I'm not going. No threat, that's just the way it is. The Phoenix is the biggest venue I want to see a band in. Big enough for good production values and small enough to get close to the artist. 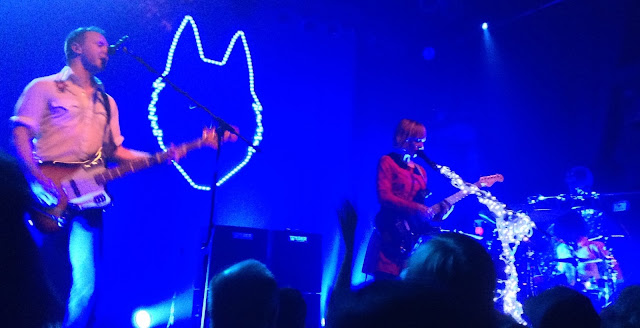 The second problem with bands getting more popular is "yahoos". They're generally the people who shout stupid shit at the band. They push and shove, they talk through the quiet songs (or the entire performance) and they're generally obnoxious. Years ago, I remember seeing an interview with a band that spent a long time climbing the ladder of success and building their audience. They complained that most of the people that now came to their shows were the kind of people that they didn't like. I also suspect that these very same "yahoos" in the crowd would have thought the band to be "losers" or some other derisive term had they not formed a band and become popular.

I wish The Joy Formidable the most success imaginable. Their music is uplifting and magical. They seem like genuinely wonderful people that I would love to get to know. And they are getting to the "yahoo" stage. It's a mixed blessing. 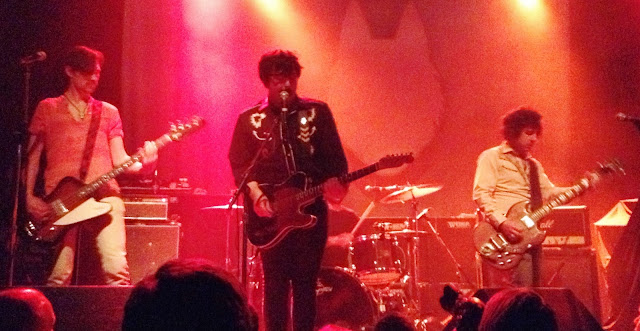 Team Spirit put on a fucking good show. No other way to describe it. Tight. Loud. Confident. Energetic. Powerful. All good things. Great set. Way to warm up the crowd. Listen to "Fuck the Beach" from their just-released EP.


Ribs, I apologize. You went on too damn early. I couldn't make it in time. I like what I hear of your music and would like to see you live. Let me know when you're swinging through Toronto next time. K? Here's "Alarm" from Russian Blood.


And now, for a bunch of Joy Formidable videos that I've posted before (and one I haven't).

"Austere" from The Big Roar

"This Ladder Is Ours" from Wolf's Law

An acoustic version of "Silent Treatment" in an NYC hotel room courtesy of The Bowery Presents.

"The Everchanging Spectrum of a Lie" from The Big Roar

"Whirring" from The Big Roar

If you were at the show, you'll notice that this follows the set list order.

Check out my other posts on The Joy Formidable including coverage of their shows at The Mod Club and Lee's Palace.