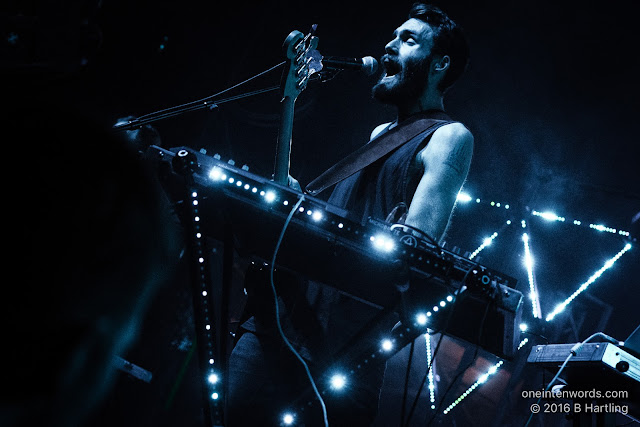 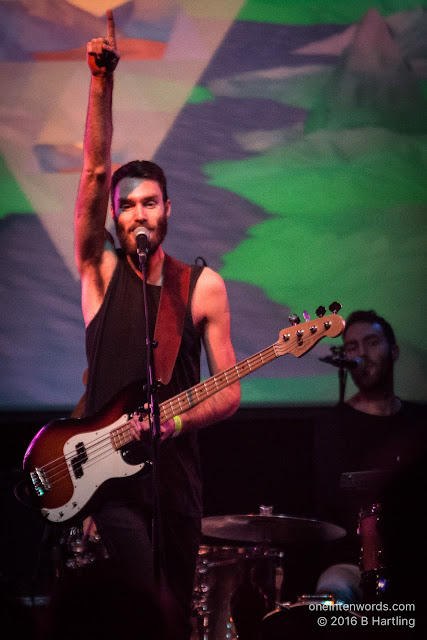 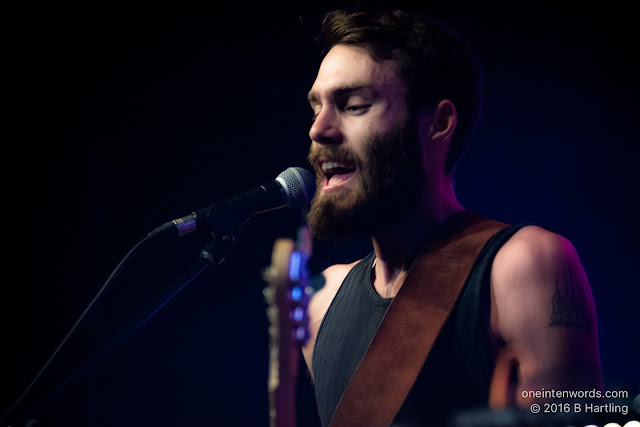 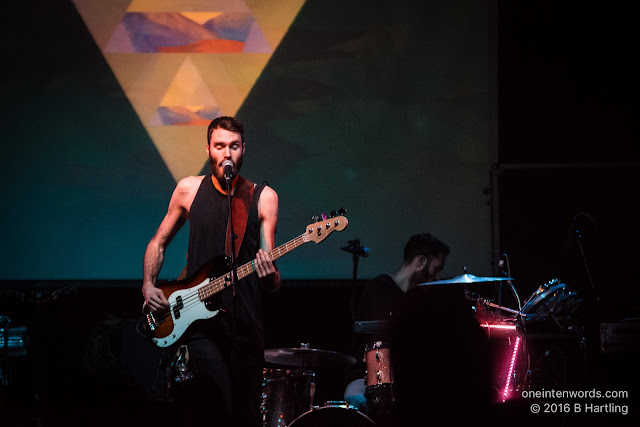 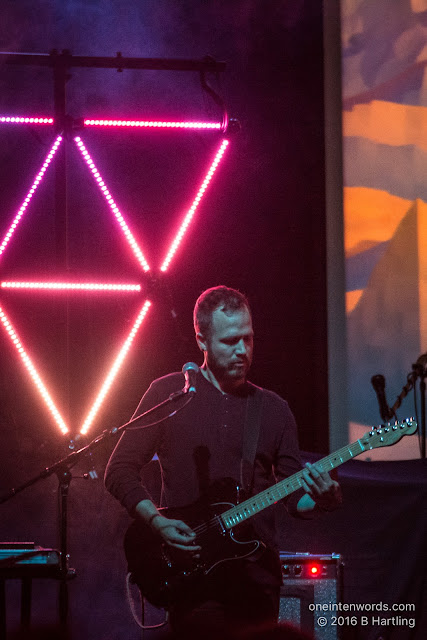 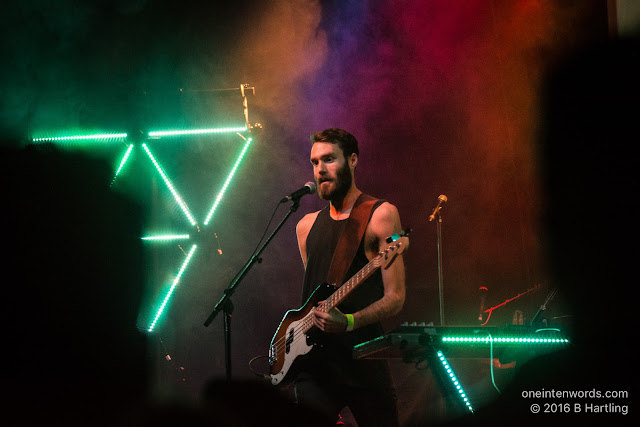 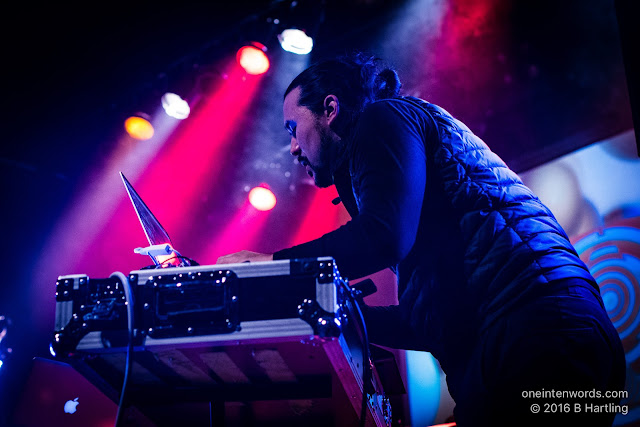 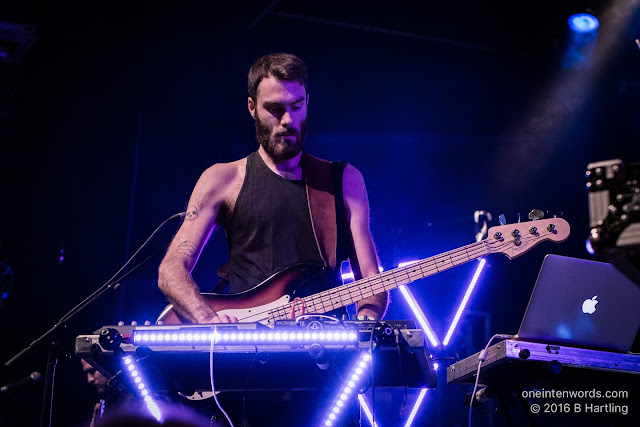 The fine folks who give us such a great summer highlight in Wayhome Festival want to make sure we get through the cold winter months with dreams of next year's summer fest. They did so by putting on Wayhome for the Holidays at The Phoenix Concert Theatre in Toronto last Wednesday night.

Vancouver BC electronic band Bear Mountain was an unknown entity to me as I walked in the doors of The Phoenix. I heard from a staff member that their sound check sounded awesome and just based on the sound check she became their biggest fan. High praise.

They got a big cheer when Beaches shouted out to them and again when they hit the stage. They delivered a set of big, groovy beats - disco beats with a 90s then 80s - vibe if that makes no sense whatsoever. Their 80s synth sounds and cool, triangular light show made it all complete.

Check out some of their tunes.

Photos by B. Hartling.