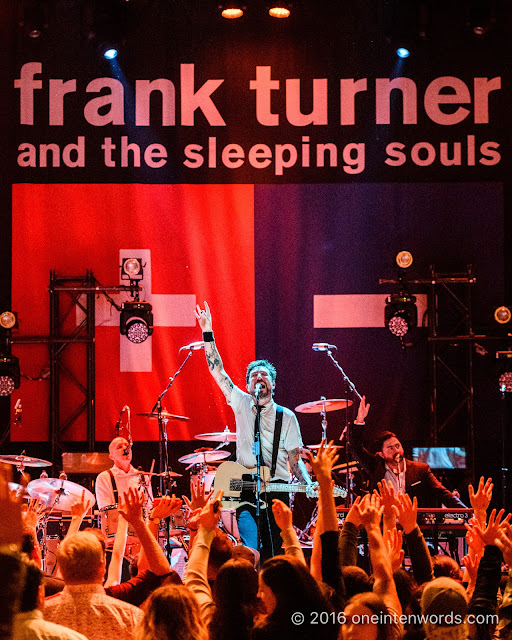 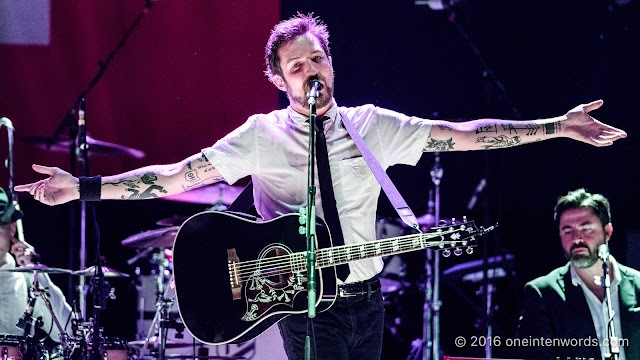 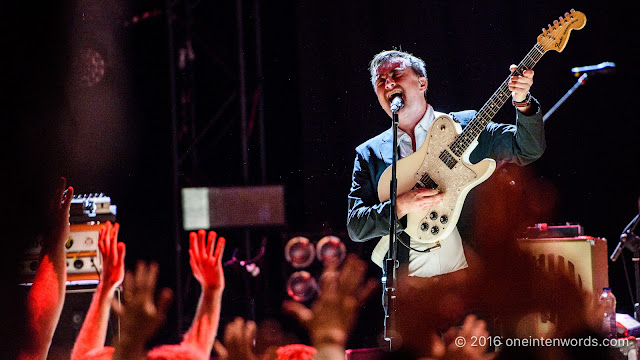 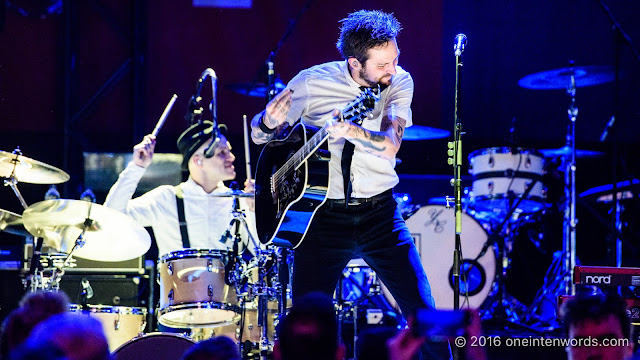 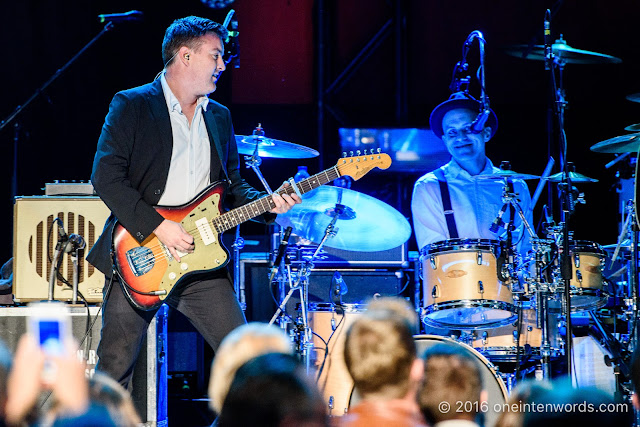 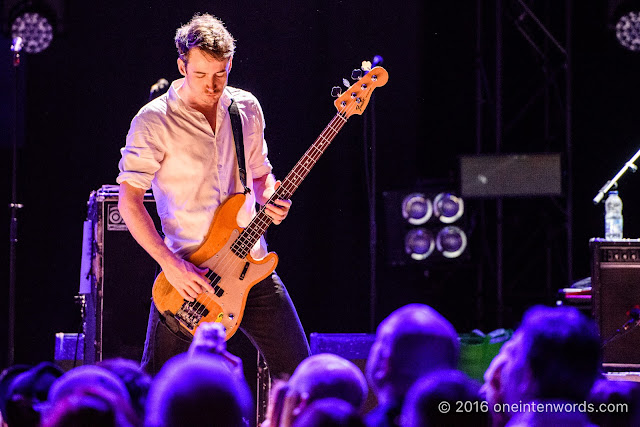 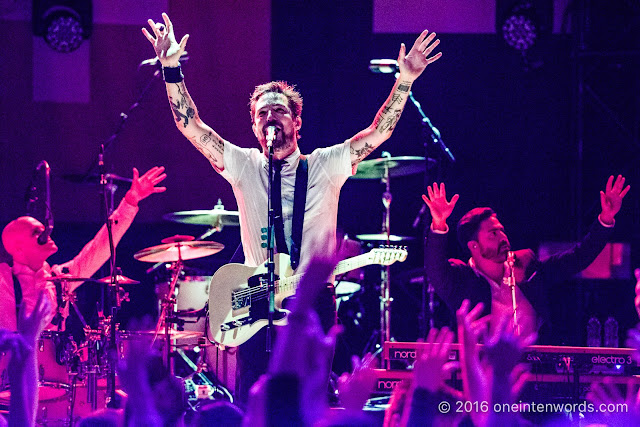 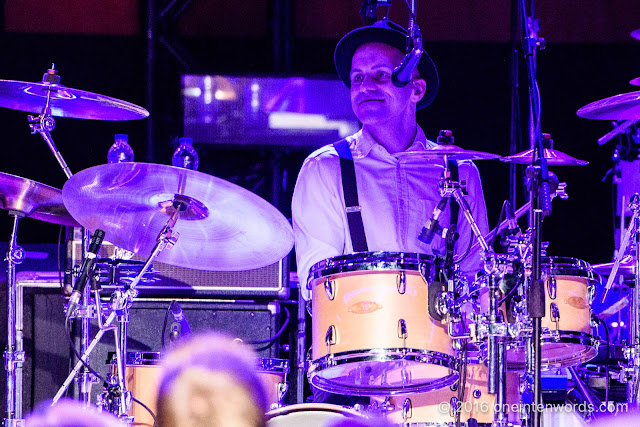 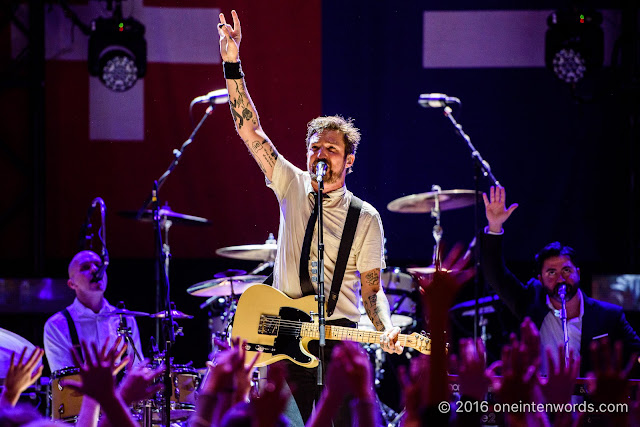 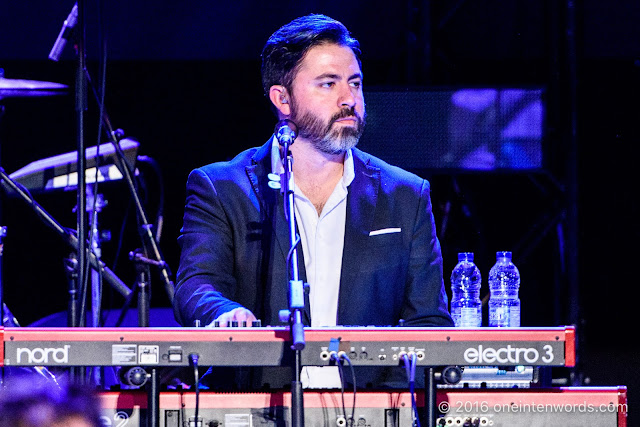 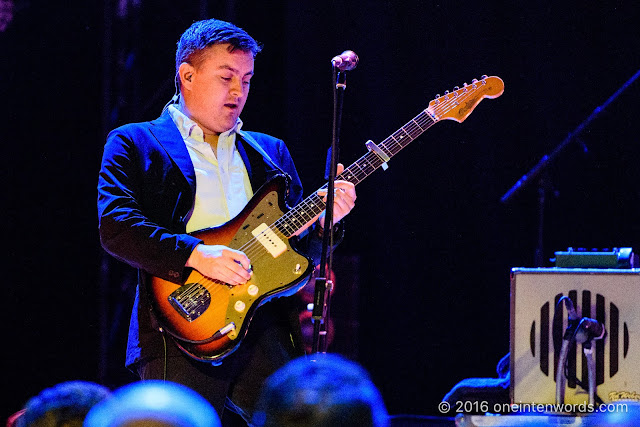 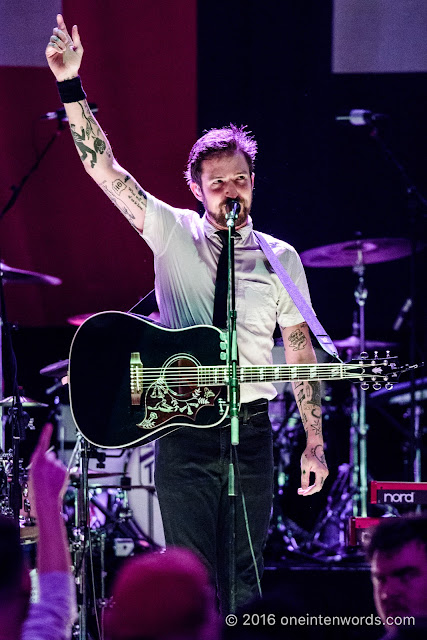 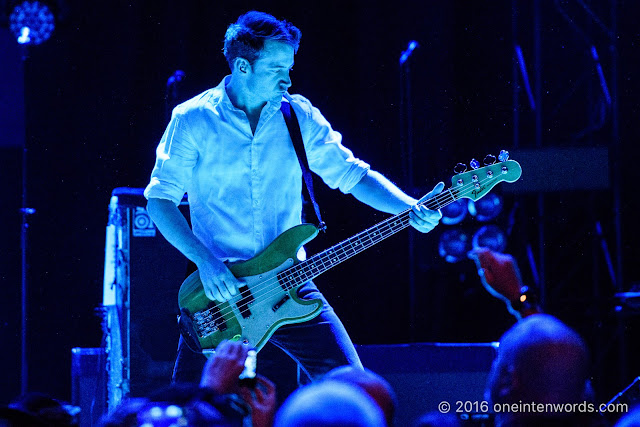 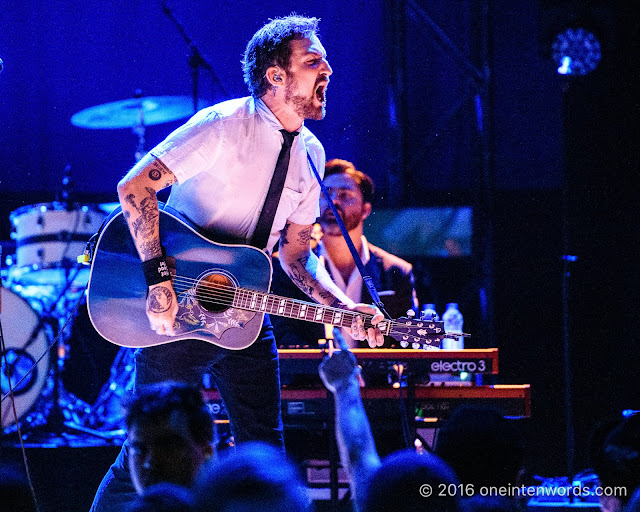 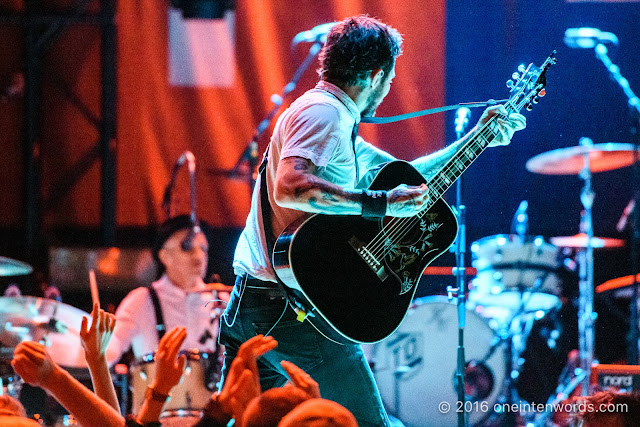 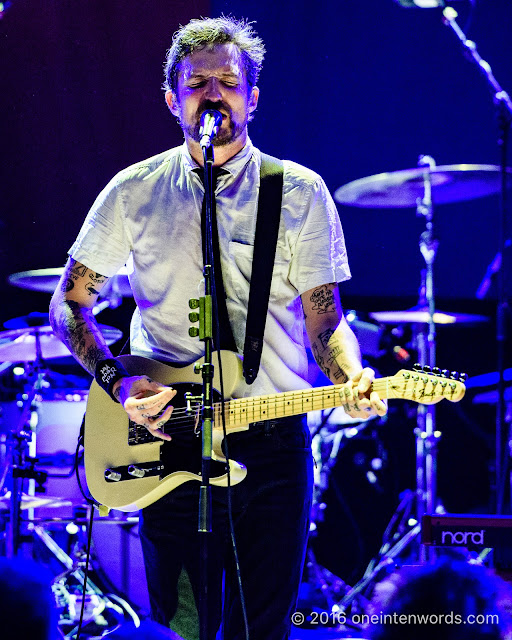 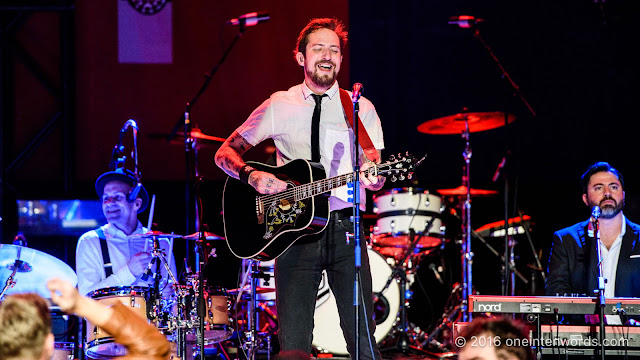 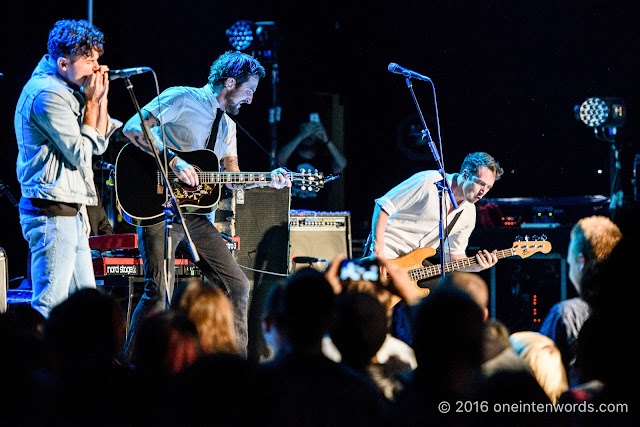 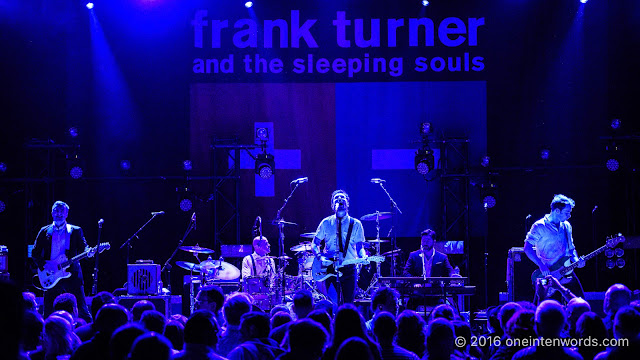 Last night I got to do one of my favourite things in life. I got to see Frank Turner and The Sleeping Souls perform live. They're in town for two nights of sold out shows opening for The Arkells at Toronto's historic Massey Hall, supporting their latest release, Positive Songs for Negative People.

Frank writes some of my all-time favourite songs and he and the band put on a show that is second to none. Whether the show is a 40 minute opening set or a festival show or a full-on headlining set, they give it their best and deliver a show that reaches out to every single member of the audience on many different levels.

For "Dan's Song", Frank asked who had never been exposed to the band, and then asked one of those folks to join him on stage. This brave concertgoer, who had no idea what she was volunteering for, got to join in on the tune, playing harmonica.

Frank Turner's music is uplifting and empowering and consistently brings a smile to my face and a tear to my eye. His opening set was short but brought power and energy and a huge response from the growing crowd. I'm sure a lot of people who came in to see The Arkells were new to Frank and the band, but I know a lot of them left as new fans.

If you want, check out my previous posts on Frank and you'll see how special his music is to me. I got to photograph his most recent headlining show at Toronto's Danforth Music Hall and those photos are here.

Here are some of my favourites from the Massey Hall set.

"The Next Storm" from last year's Positive Songs for Negative People

"I Still Believe" from 2011's England Keep My Bones, which I recently wrote the praises of.

"Glorious You" from Positive Songs for Negative People

A song that's become a personal anthem, "Get Better" from Positive Songs for Negative People

And they didn't play this tune, but it's one of my favourites, so I'm including it; "Photosynthesis"