Lowest of the Low at The Danforth Music Hall - Concert Pictures 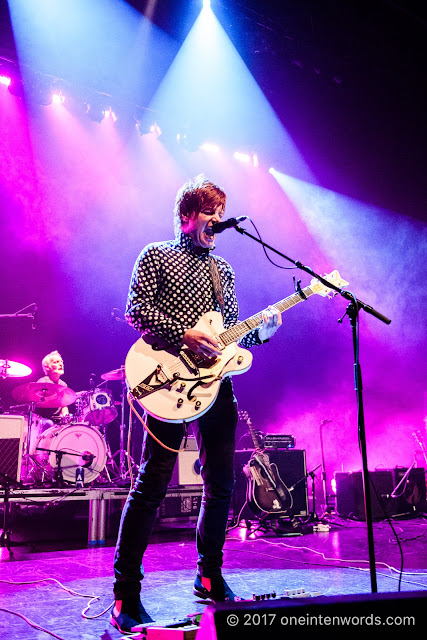 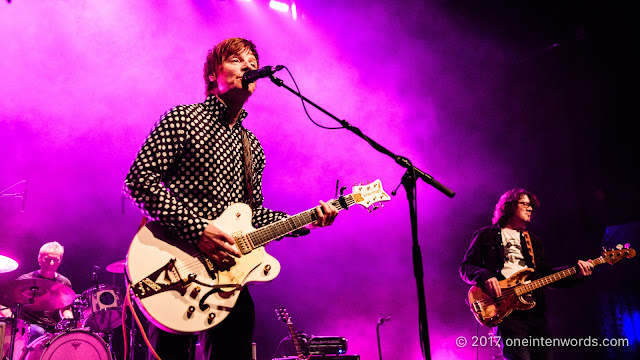 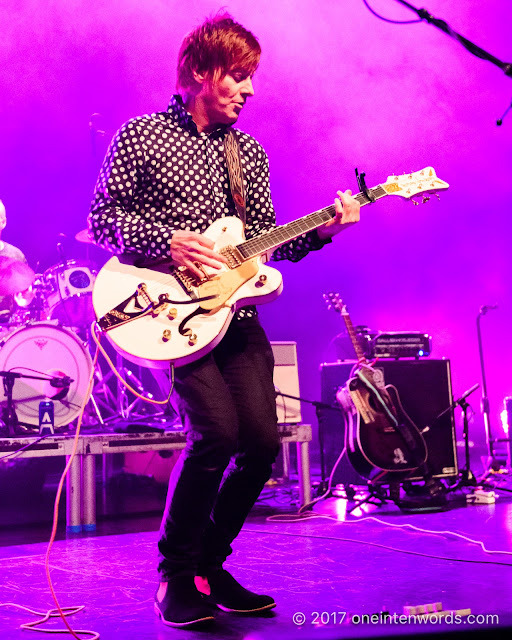 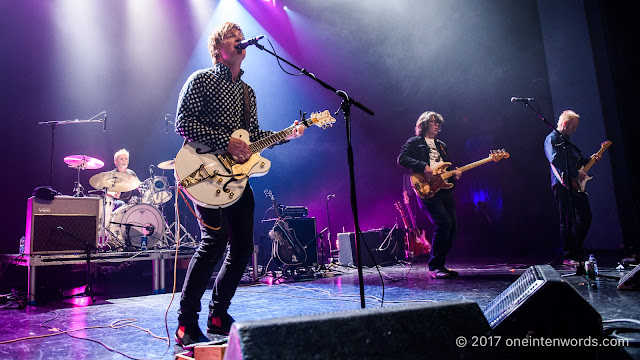 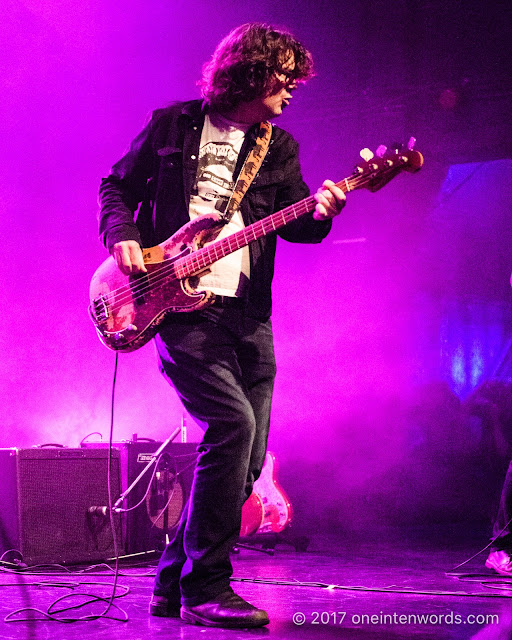 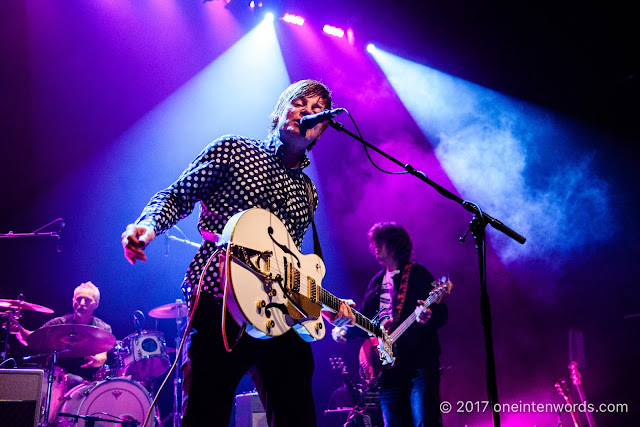 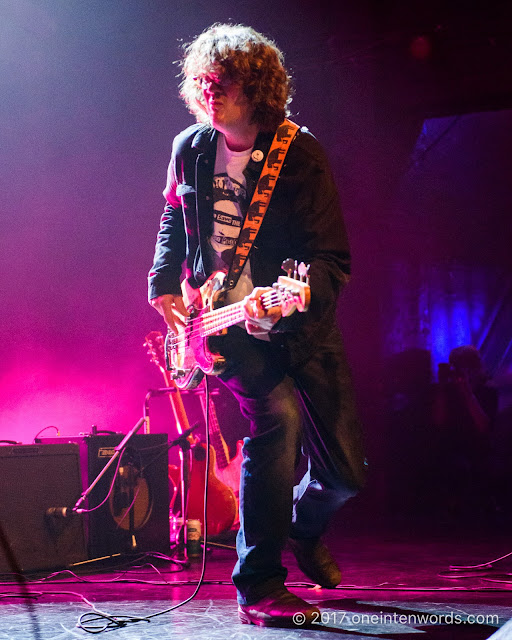 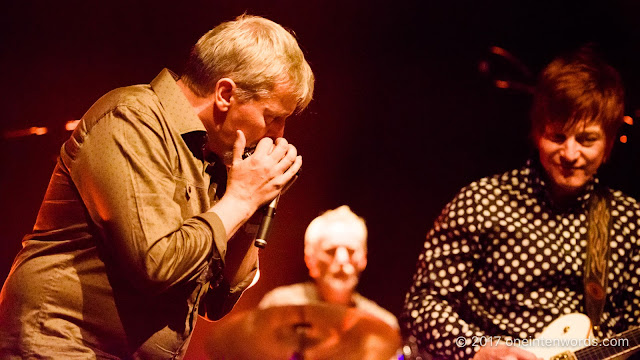 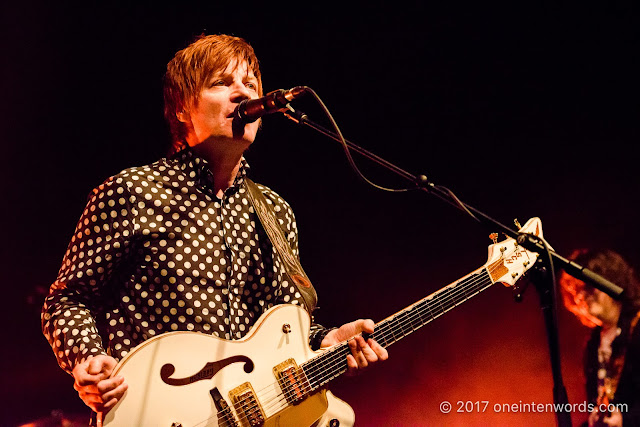 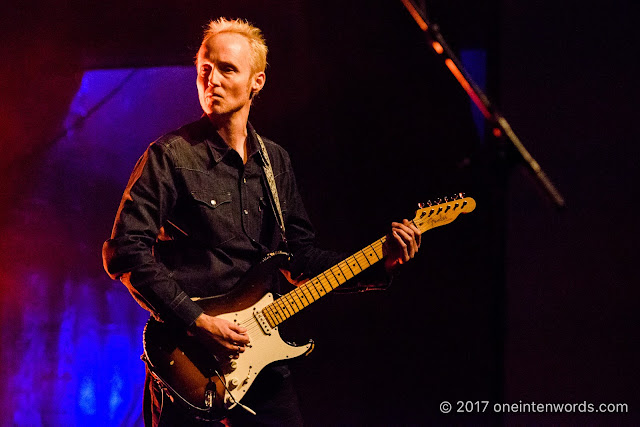 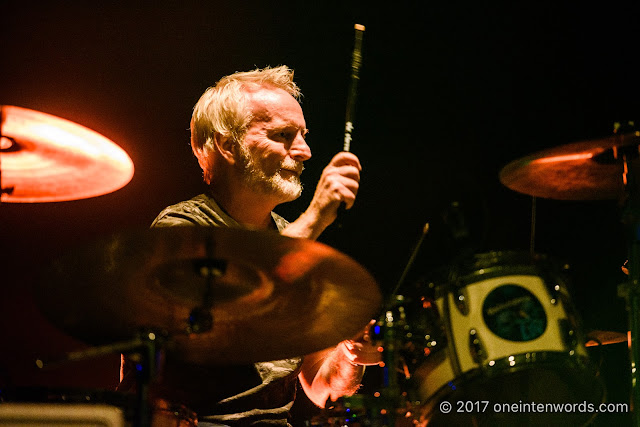 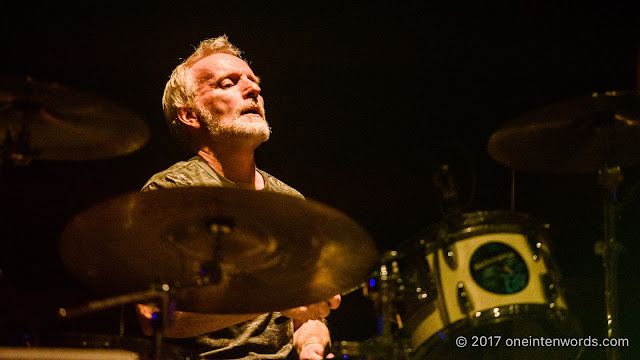 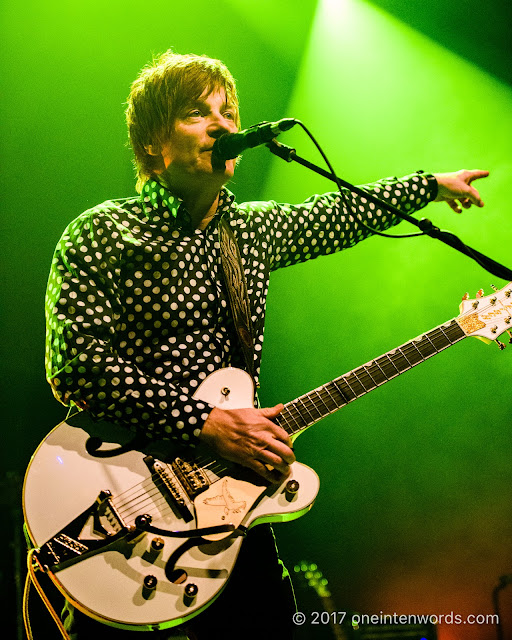 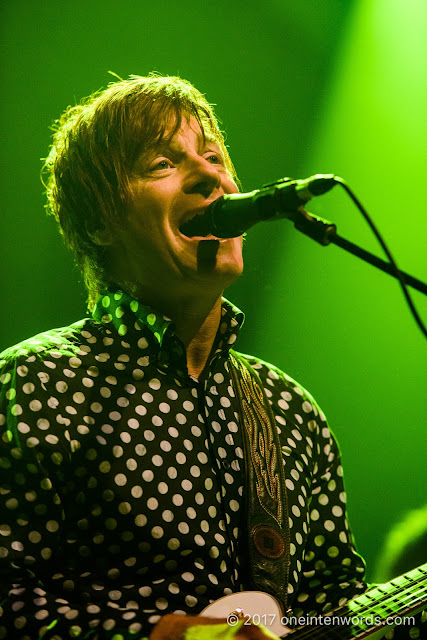 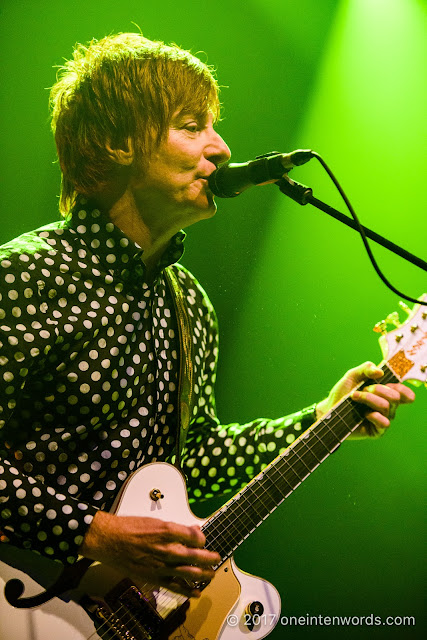 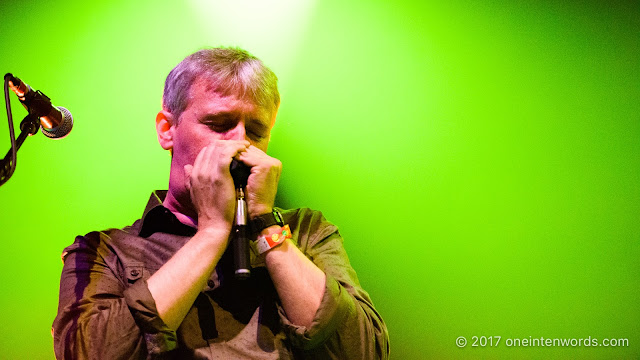 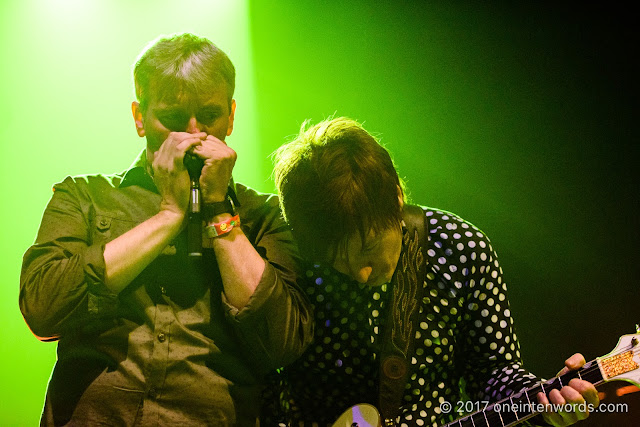 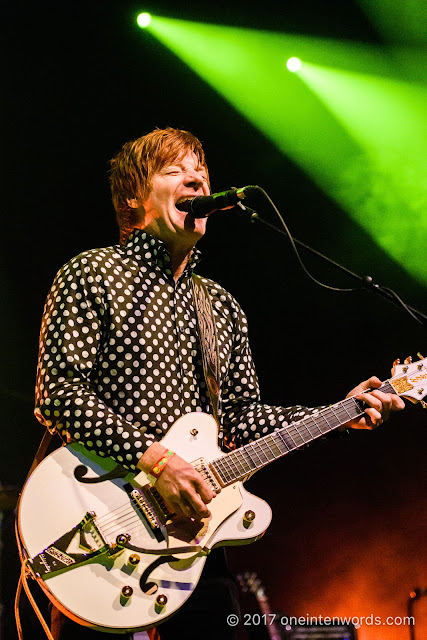 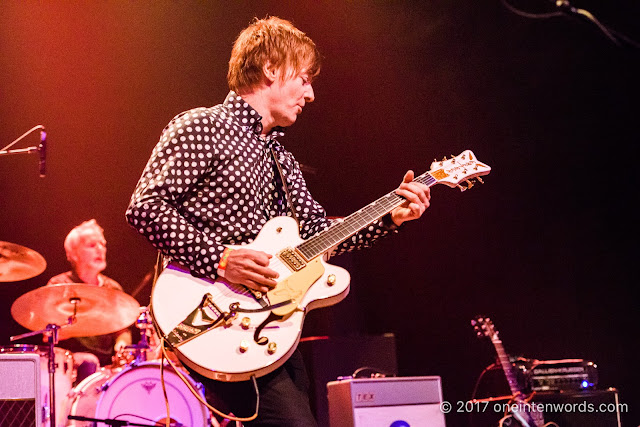 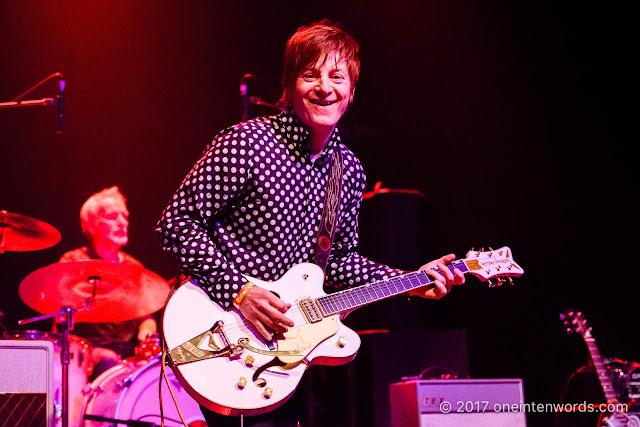 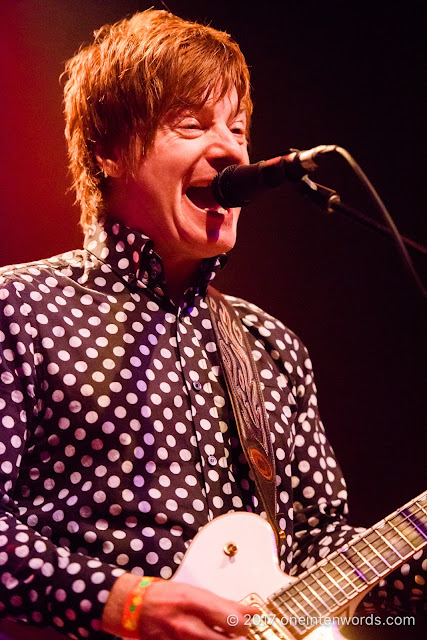 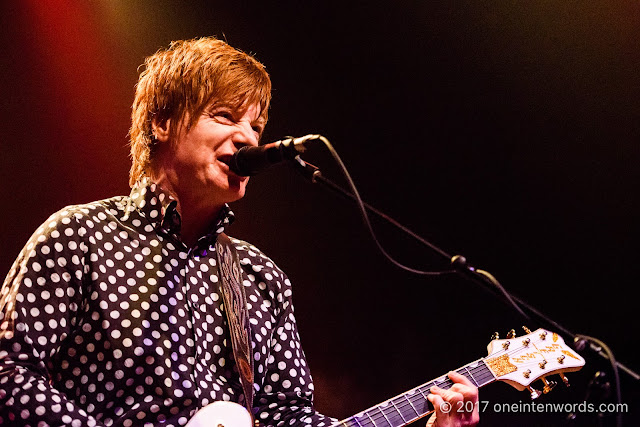 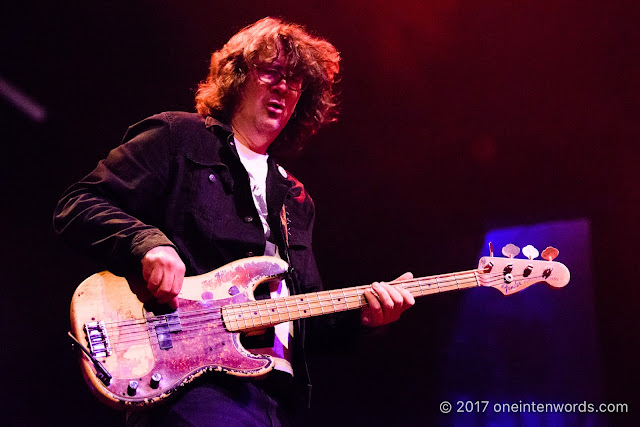 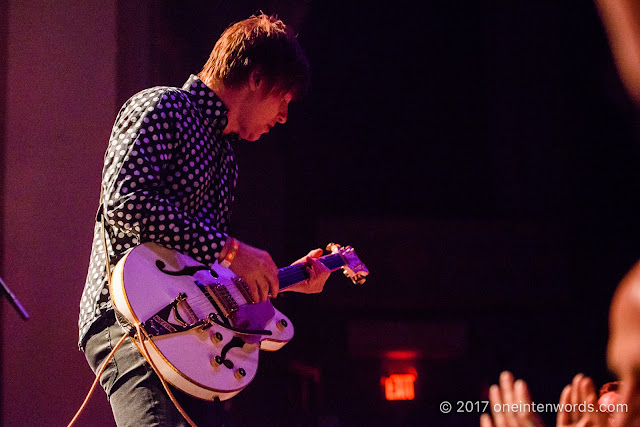 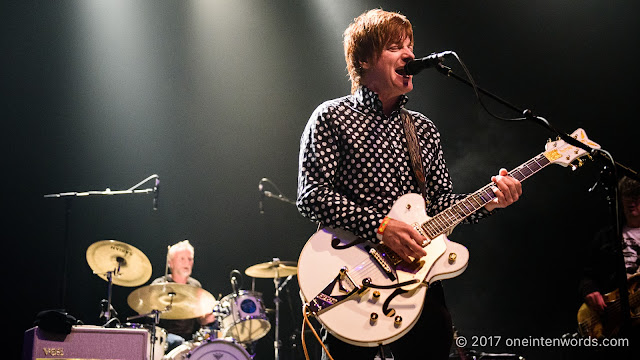 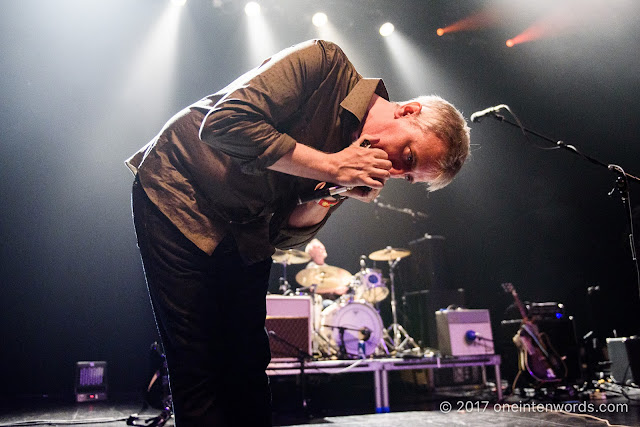 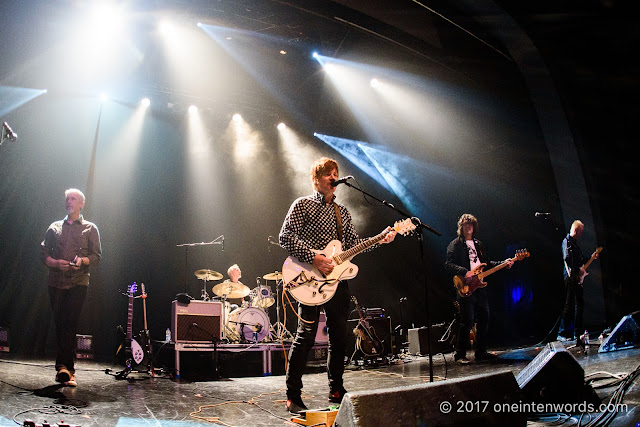 We got a full gamut of Low songs starting with the opening track off of Do The Right Now, "Powerlines", all the way back to songs from pre-Low band Popular Front, to the closing tune of the second encore, "Rosy and Grey" from the band's debut, Shakespeare My Butt. The band, comprised of bandmates-since-1983 Ron Hawkins on vocals and guitar, David Alexander on drums and Lawrence Nichols on harmonica, vocals, acoustic guitar and keyboards, plus Derrick Brady on bass and Michael McKenzie on guitar, played superbly and sounded awesome. In short, the songs, the band and the crowd came together for a fantastic night.

Ron gave us some great tidbits on the songs on the new album, including the fact that he felt "Gerona Train" should have been on Shakespeare My Butt, that new track "Immortal" is a conversation between present-day Ron and his 25-year-old self, and that "Something To Believe In" is an old tune from Ron's pre-Low band Popular Front. The new album is as solid as you'd expect and the new songs fit right in alongside the classics. It won't be long before we've learned the words and will be shouting them along. I liked the little details, like the new "More Art Less Bullshit" sticker on Ron's Tele. That's a sentiment that's always been true, but we might not have needed the reminder more than we have in recent times.

I've never been shy about saying that I'm a huge Lowest of the Low and Ron Hawkins fan. I maintain that he's one of the best songwriters Canada has produced and I've been a fan since before Shakespeare My Butt was released. I've been lucky enough to photograph The Low doing their thing at TURF 2013 and at Beerfest 2015. Click the links for those posts. All my posts on Ron's extra-Low endeavours can be found here.

Here's the setlist from this show:
"Powerlines"
"Kinda the Lonely One"
"For the Hand of Magdalena"
"Letter from Bilbao"
"Gerona Train"
"Gamble"
"Do the Right Now"
"Salesmen, Cheats and Liars"
"So Long Bernie"
"City Full of Cowards"
"Immortal"
"Just About the Only Blues"
"Something To Believe In"
"Infinite"
"The Last Recidivist"
"Gossip Talkin' Blues"
"Eternal Fatalist"

The band have a bunch more shows planned, starting with next weekend's appearance at the Sandbanks Music Festival and they mentioned dates at The Horseshoe for later in the year. Can't wait to see them back in the venue where I witnessed so many shows back in the day. Do The Right Now is available. Right now.

Listen to some of my favourite Lowest of the Low tunes:

"Kinda the Lonely One"

"For the Hand of Magdelena"

"Something To Believe In"