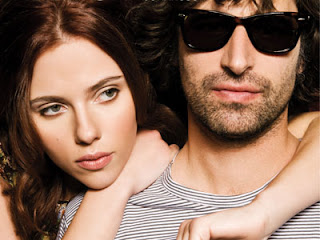 Spin has got Scarlett Johansson and Pete Yorn performing Relator. As I posted previously, I rather like this tune and I'm looking forward to hearing more of their songs. The album is called Break Up, it's scheduled for release on September 15, and it's available for pre-order on iTunes.  I've got to pick up some Wayfarers.

Details on Minus the Bear's new album are available from Brooklyn Vegan. Here's "Knights" from Planet of Ice. If you like their stuff, it's available on emusic.

Also posted on Brooklyn Vegan is a peppy new song from Land of Talk. It's called "You May Never" and it's from their forthcoming EP Fun and Laughter. Their past releases are on emusic. Exclaim's got some news on the EP as well including the October 13 release date.

Stereogum shows off the new video from Sondre Lerche called "Heartbeat Radio". I love the counterpoint of the happy-sounding melody against the lyrical content. It's from his new album, also called Heartbeat Radio, which is out now and available through iTunes. Sondre's performing at The Mod Club next week on the 16th.
Tags: land of talk, minus the bear, pete yorn, scarlett johansson, sondre lerche
Newer Post Older Post Home