A glimpse at family life in The Bob Mould Band, and clips from Austin City Limits 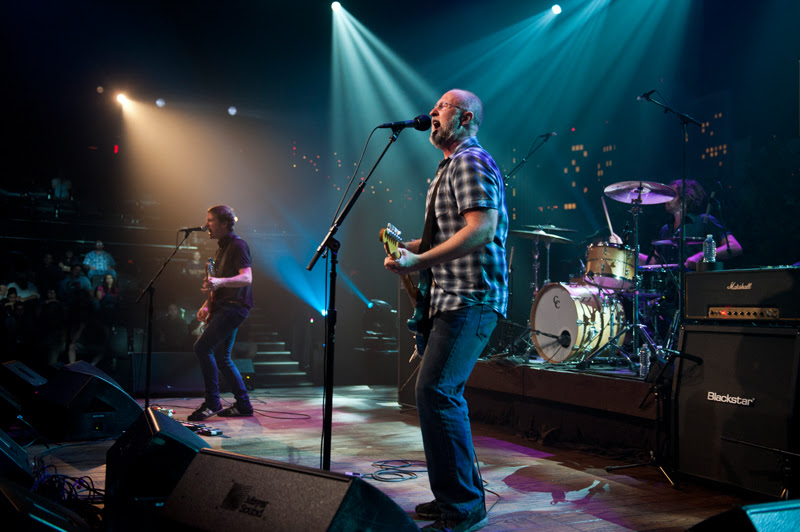 Bob Mould has released the second video from his 2012 album Silver Age. This time we see the band bringing out their acting chops in the clip for "Star Machine". It's a heart-warming look at the stress that being alternative rock legends living in the star machine can put on your family life. And it's a great song.


If you missed it on TV, here's Bob and the band playing the classic Sugar track "If I Can't Change Your Mind" at Austin City Limits. They put on a high-energy set that's worth watching.

I really like how they give a nod to Bachman Turner Overdrive's "Hey You" in the live version of "Star Machine". You can hear it below in this "behind the scenes" clip, also from Austin City Limits.

If you're so inclined, geek out over the band's gear here.