The Constantines at Field Trip 2014 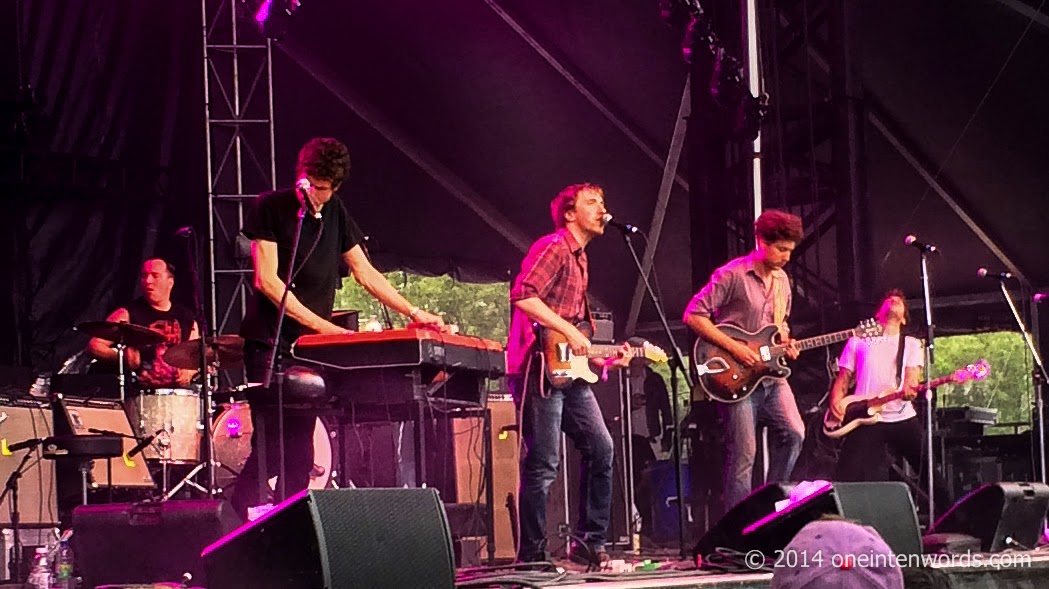 I think that almost everyone at Field Trip was amped to dangerous levels to see The Constantines. They said "see you around" in 2010 and just started doing gigs again this year to coincide with the 11th anniversary reissue of Shine A Light. They were quite obviously missed.

The sound also led to the feelings of intensity of their set. Overall, it was a loud, massive wall of sound, with the bass frequencies cranked to 11 (only to be possibly surpassed by Chvrches a little later). Here are some tunes from their set. Really glad I got to see these guys live.

"Draw us Lines" from Tournament of Hearts was an awesome opener. A slow build of intensity.

"Nighttime/Anytime (It's Alright)" from Shine A Light.

"On To You" from Shine A Light

"Young Lions" from Shine A Light

"Time Can Be Overcome" from Kensington Heights

"Tank Commander" from Shine A Light

And they closed with "Arizona" from their eponymous début

I took pics at Field Trip with my iPhone. Hopefully next year, I'll be in the photo pit with my better gear.
Tags: concert photography, concerts, field trip, the constantines
Newer Post Older Post Home