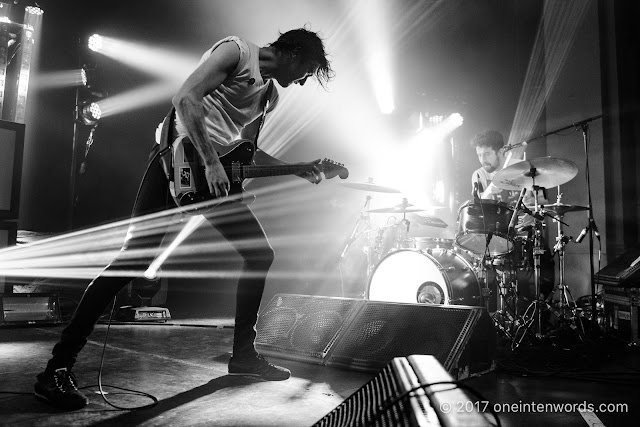 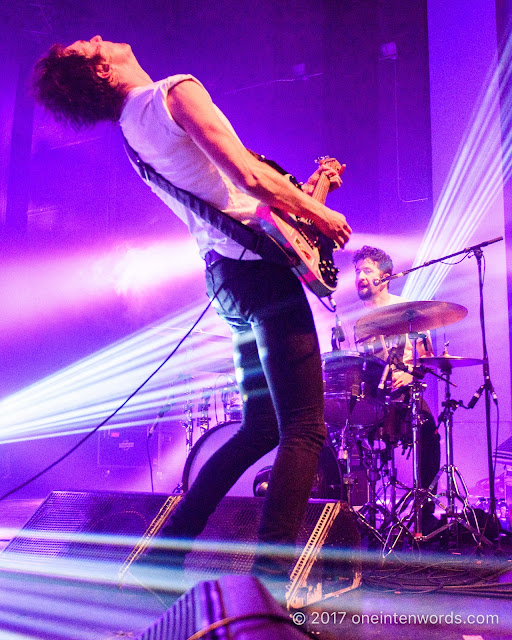 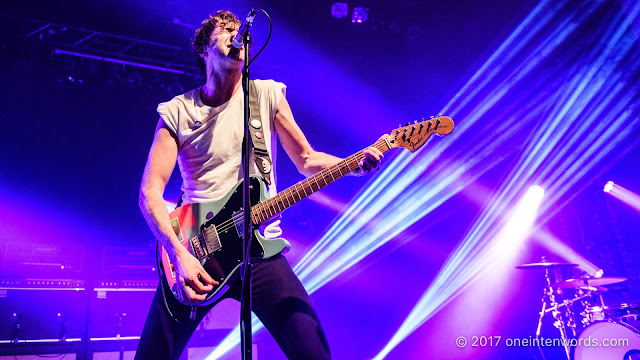 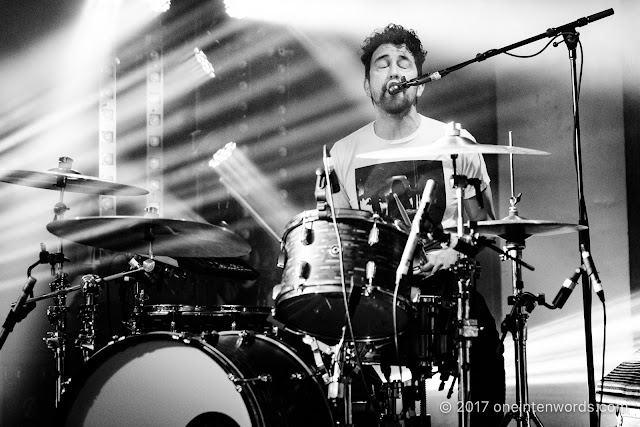 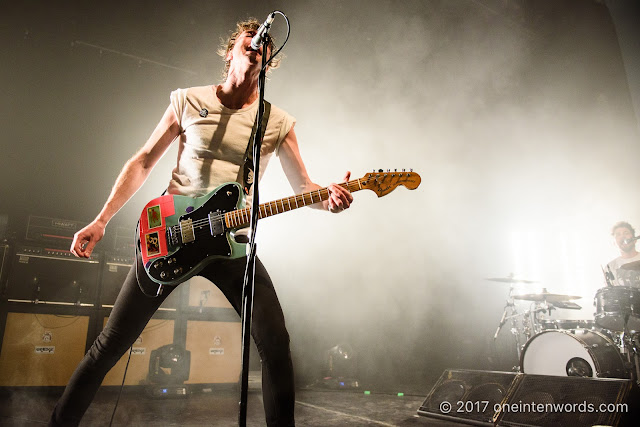 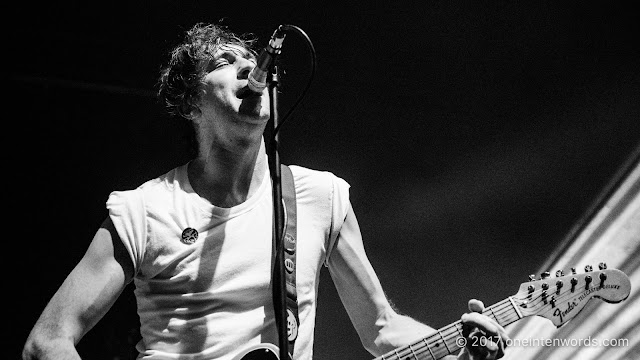 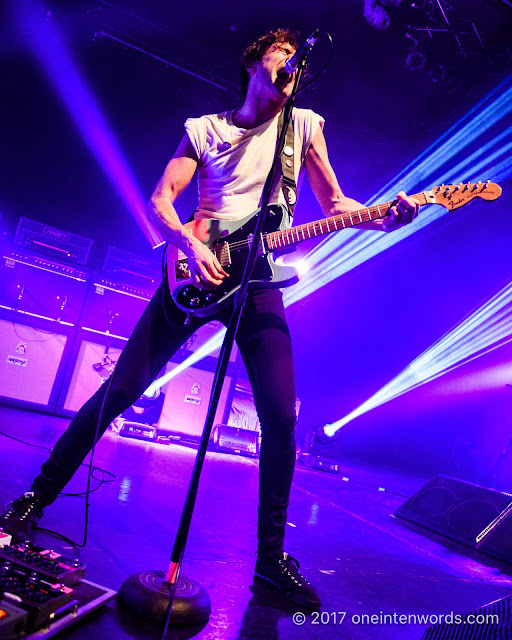 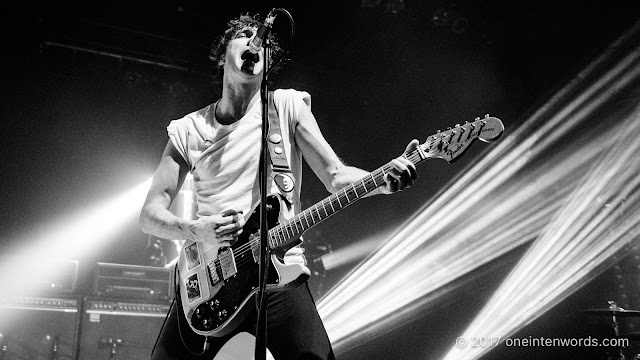 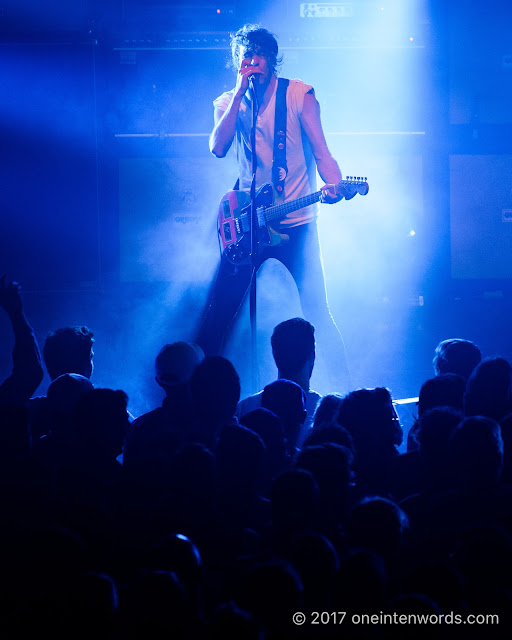 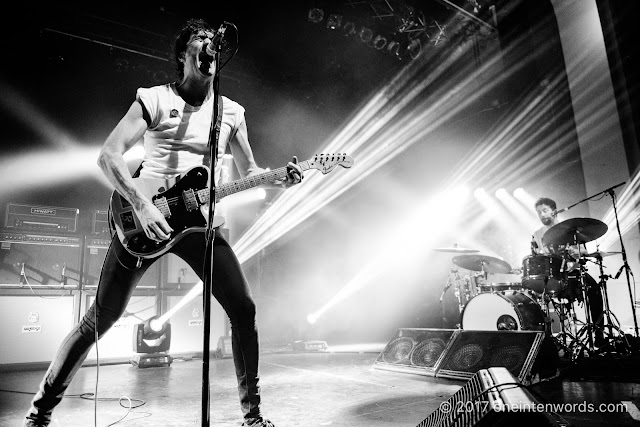 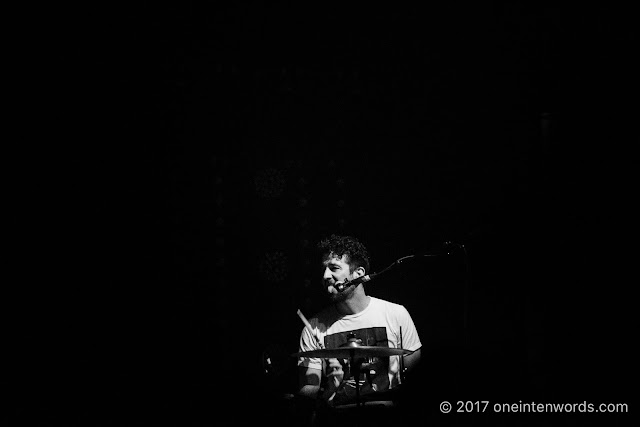 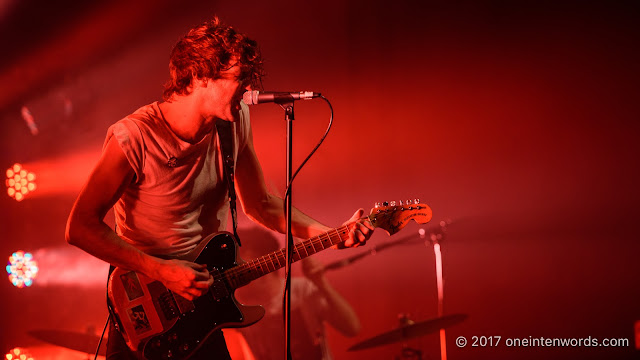 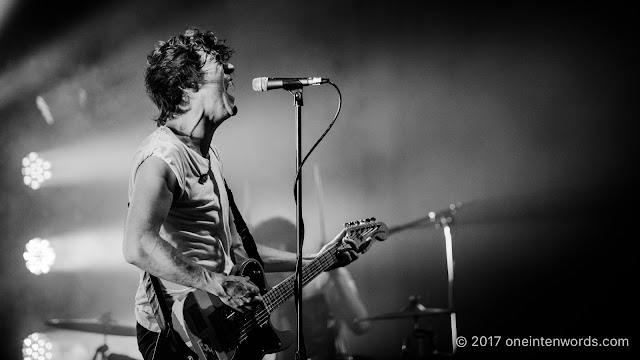 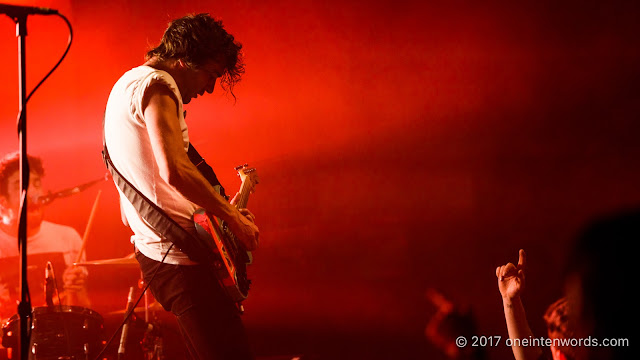 It was Celebration Rock that first got me into the powerful music of Japandroids. The Vancouver band produced a sound that was immense and aggressive, especially considering that there are only two of them. Their songs extend beyond punk and post-punk music to reveal layers of melody, dense sounds, dynamic shifts and an overarching uplifting spirit.

I caught their live show at The Phoenix Concert Theatre back in late 2012. It was before I got seriously into the concert photography thing but I still think I captured the spirit of being there. Back then, I predicted they'd be in a much bigger room next time they played Toronto and while they didn't play Rebel, the two nights at The Danforth definitely demonstrate their growing popularity.

Since I wasn't able to make it to their recent intimate show at The Horseshoe Tavern, I was determined to catch this show at The Danforth Music Hall. They spent two nights at the venerable venue making the crowds go wild. Whether you were up front in the pit partaking in the stage diving mayhem or whether you hung a little further back to rock out in less physically intense surroundings or whether you were in the plush comfort of the balcony seating, I'm willing to bet you had a great time. The band's ability to reach out to everyone and make them forget about the everyday with their music and performance is remarkable.

Before the show started, I thought I was going to get killed up front and questioned my judgement in being there. I wanted some great pics, but I'm not exactly a pit guy. It ended up totally fine. The crowd was great and thanks to a new concert buddy who let me in his spot for a few minutes, I got some cool shots and escaped unscathed.

The songs from the new album Near To The Wild Heart Of Life fit right in alongside the more familiar tunes from Celebration Rock and Post Nothing. New album cuts that made the set included the title track that opened the show, plus "No Known Drink Or Drug", "North East South West", "In A Body Like A Grave" and "Midnight To Morning". Set highlights for me included the new album title track, "Adrenaline Nightshift", "Fire's Highway", Evil's Sway", "Younger Us", "Arc of Bar", which features a cool sequenced hook and an awesome build to barely restrained mayhem, "The Nights of Wine and Roses", "Continuous Thunder", "Young Hearts Spark Fire", and "The House That Heaven Built". The set closed with Japandroids bringing Craig Finn back to the stage to perform "(I'm) Stranded" by The Saints with them. No encore, of course. The extended set that they played to mark their last Canadian show for a while was more than enough.

In a time when the political seems more foreboding, frightening and impossible than at any point in our lifetimes, it can be tempting to let it drag you down to the politicians' level. When Brian King mentioned that Japandroids were going to be spending a lot of time in the U.S. on their continuing tour, there was a bit of a groan from the crowd. He was quick to stop that and he noted that the people who were going to come to their U.S. shows, their American fans, are just like us. It's a good reminder that a country's leadership is not representative of the whole population and that we can't give in to the easy generalizations that plague our world. We're better than that.

Enjoy some of the awesome tunes that Japandroids crammed into their February 18 set.

"Near To The Wild Heart Of Life"

"The Nights of Wine and Roses"

"The House That Heaven Built"