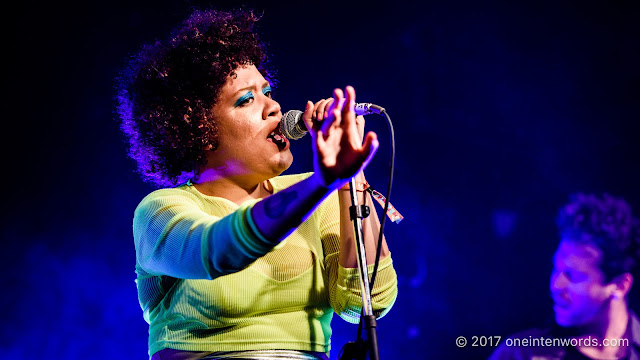 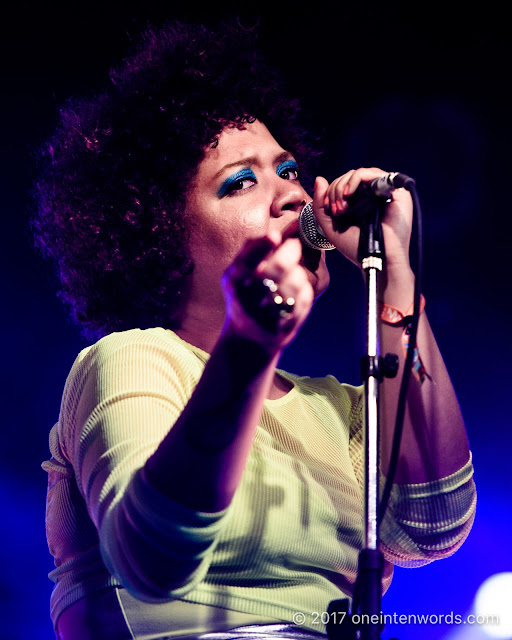 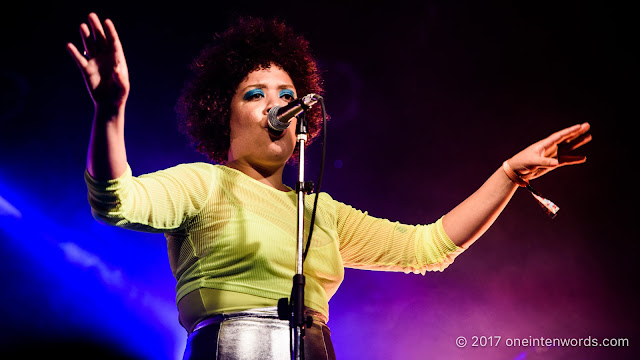 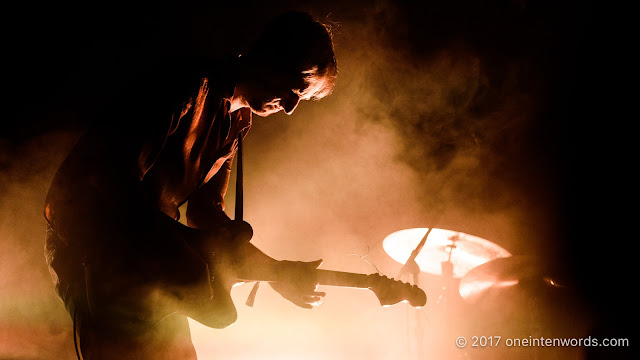 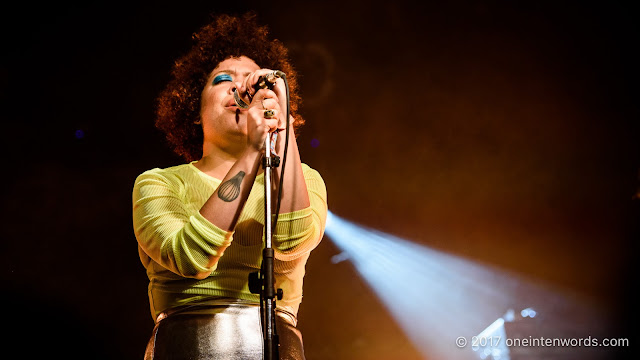 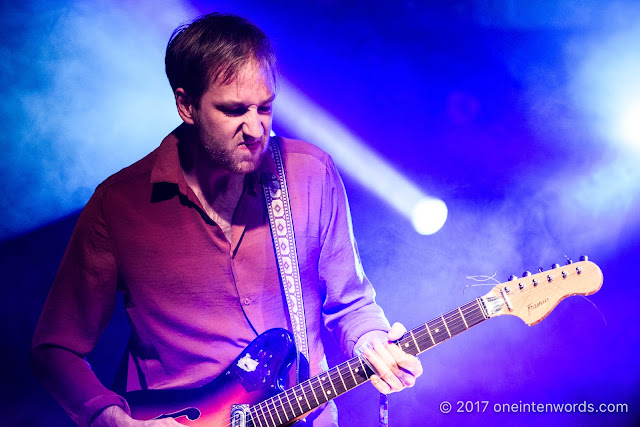 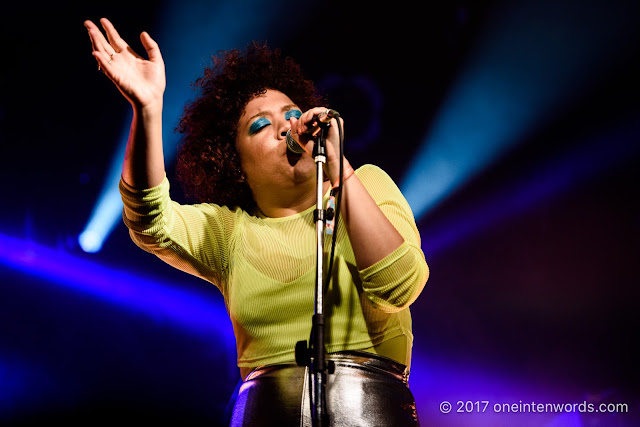 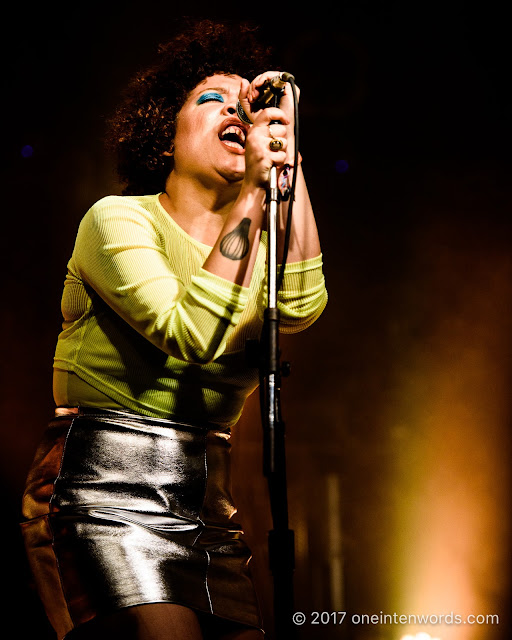 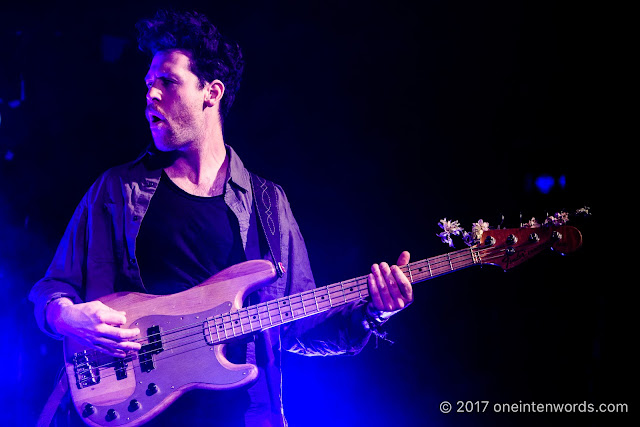 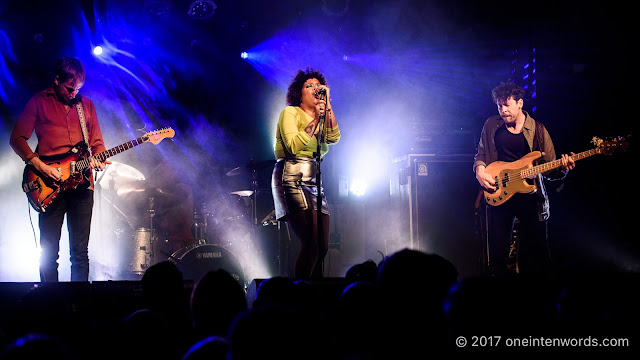 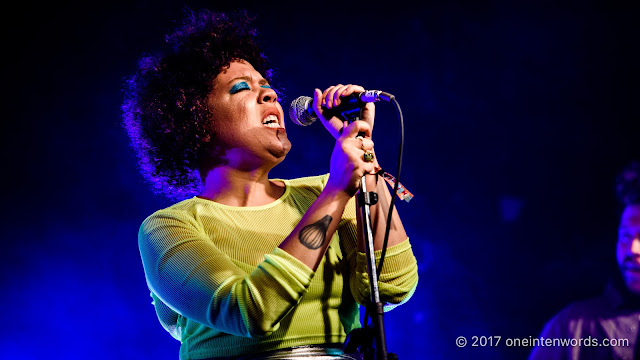 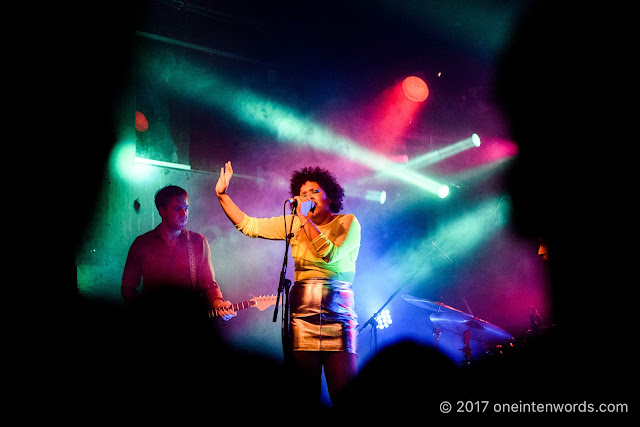 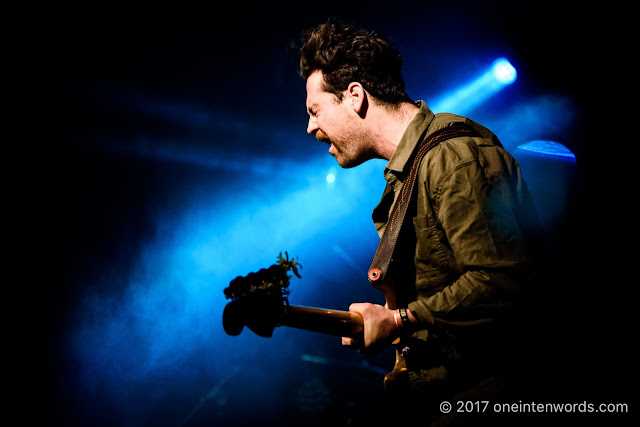 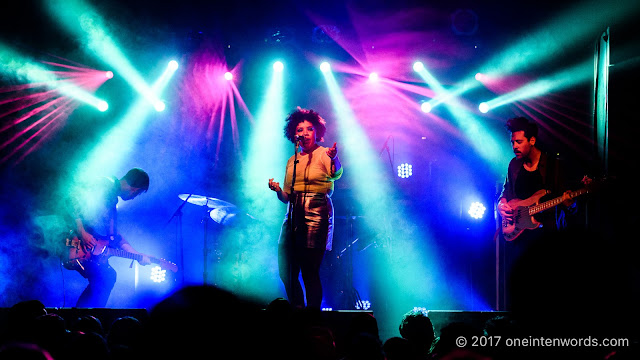 Weaves headlined Lee's Palace on April 22 for CMW with an unapologetic onslaught of originality. From the vocal delivery to the lyrics to the unique and inventive guitar riffs to the unbridled funk and power of the bass and drums, this band is breaking new musical ground with crowd pleasing, and challenging, love in the form of songs and performance.

I love the recorded music (so much so that their songs made it to my favourites of 2016 list) but the live show is where it's at. This show was way too long in coming for me since I think I've missed this band 4-5 times. Don't make the same mistake as I did.

Jasmyn Burke likes to get up close and personal with the crowd. Gesturing, spitting beer on the audience, offering sage advice, screaming in f holes and so on. They played a bunch of new songs. One with a driving beat that rocked hard. Another with a laid back funky groove. They all sounded fantastic. I can't wait for their new album to come out.

You might have heard the songs but you have not experienced this band until you've seen them live. They have such a great sound and unique delivery. I love them. They finished off the night by jamming it out from right in the crowd. What a magical way to close out CMW 2017.

"Coo Coo" - a favourite tune for sure