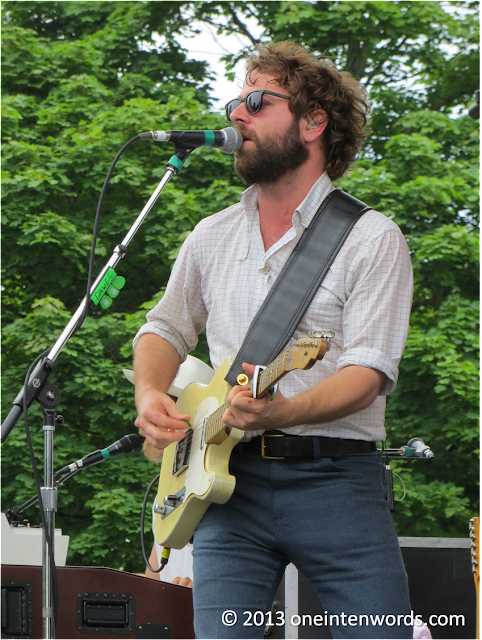 LA band Dawes had a comfy afternoon set. I wasn't familiar with their music before I decided to attend the Saturday show and I came away a fan of their straight-up rock with a classic 70s vibe. Perfect music for a hot and sunny day.

Here are a bunch of tunes:

"From a Window Seat" from their latest release Stories Don't End.

"Most People" from a performance on Letterman in late June.

"Time Spent in Los Angeles" from their 2011 album Nothing Is Wrong.

"When My Time Comes" from their 2009 début album North Hills.