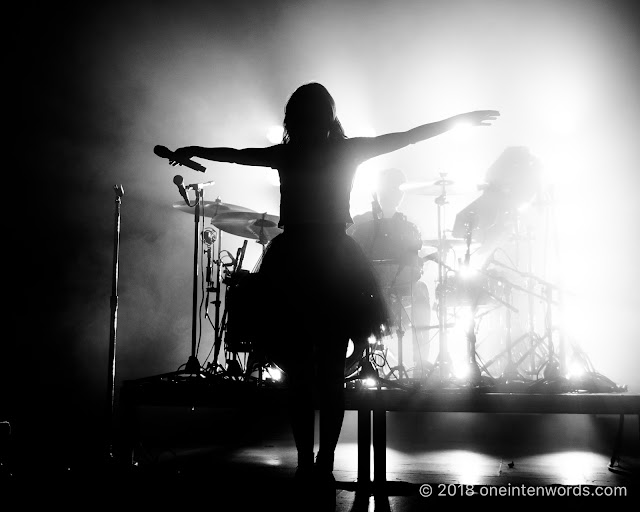 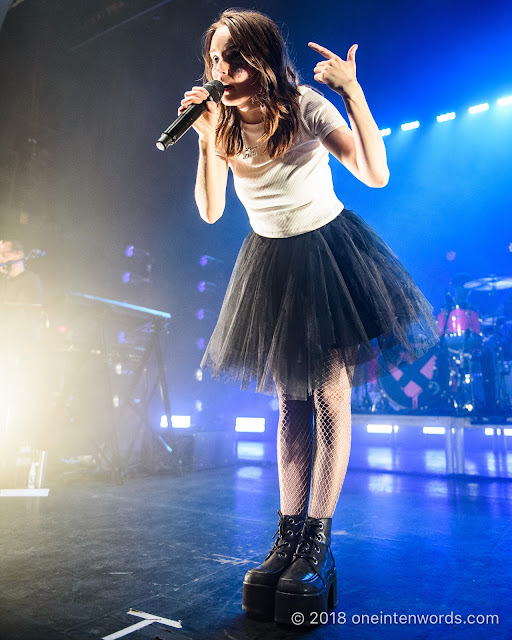 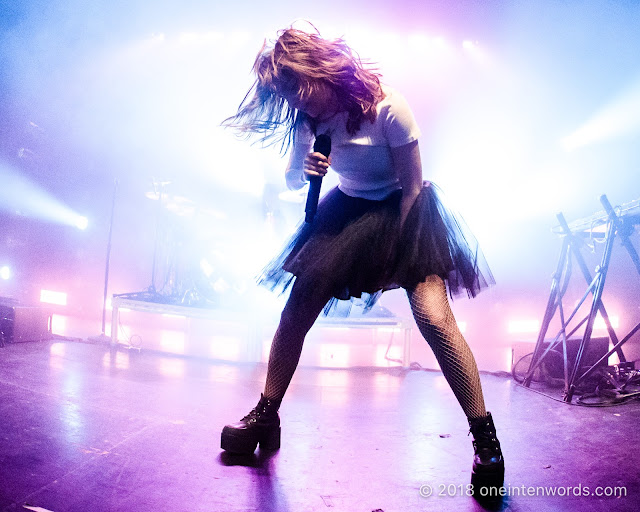 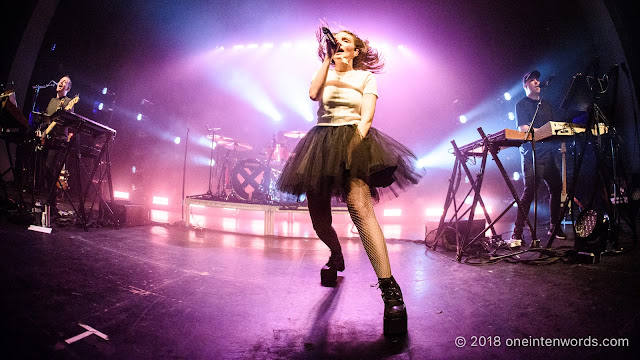 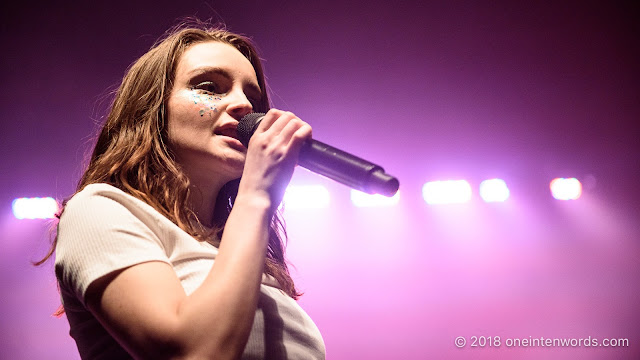 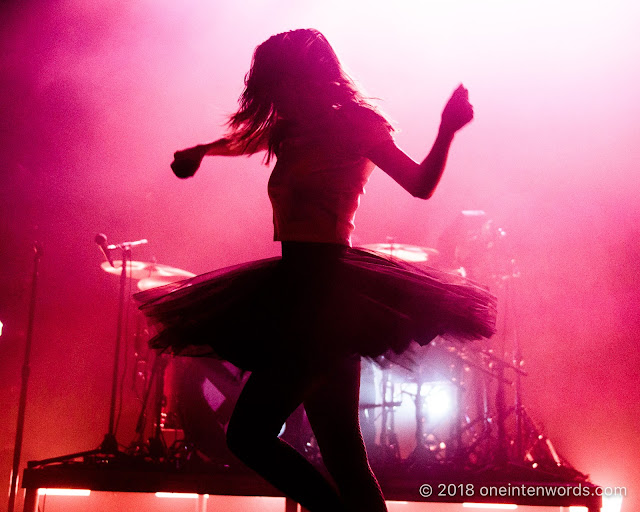 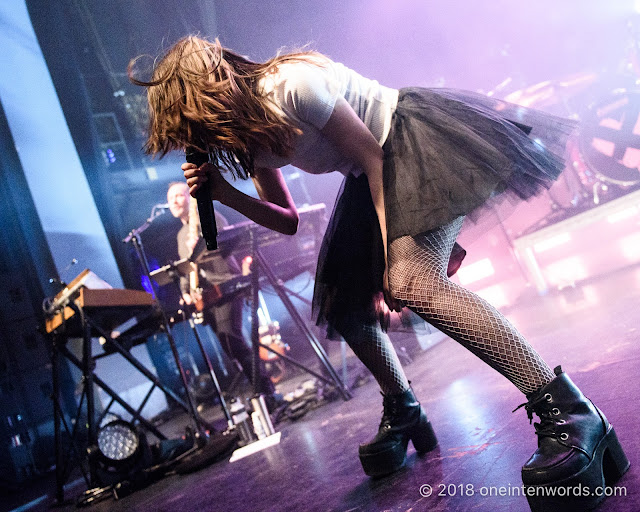 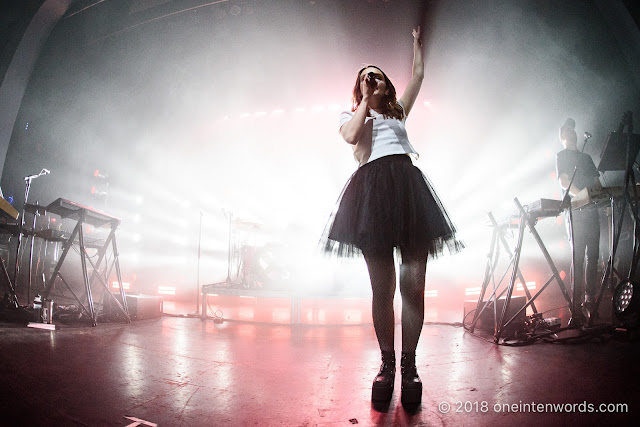 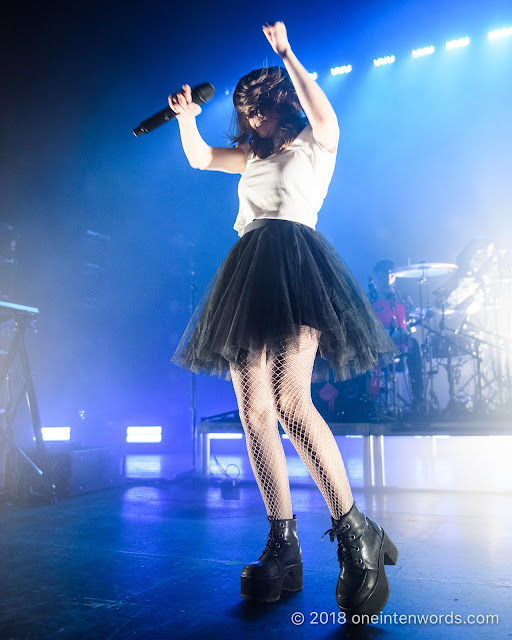 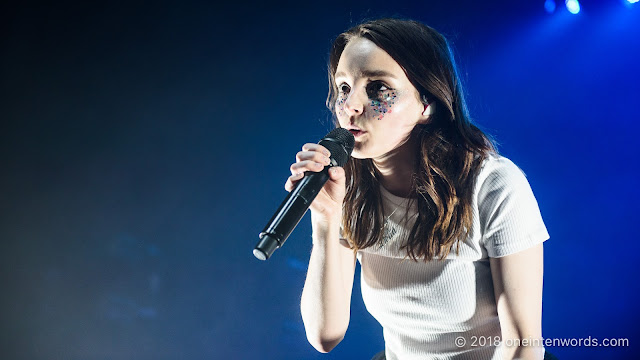 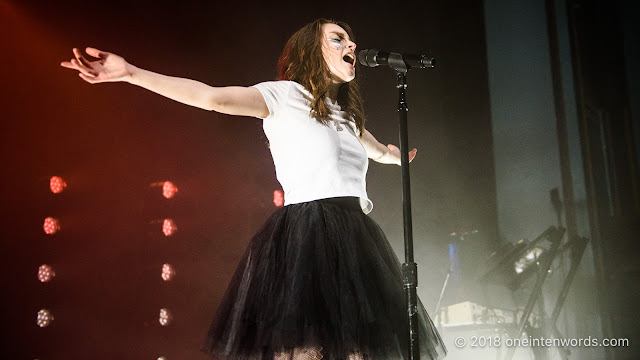 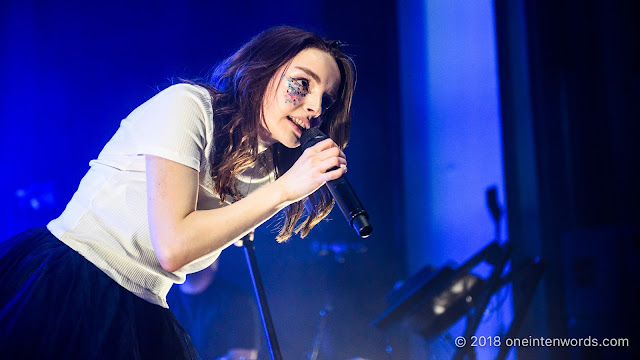 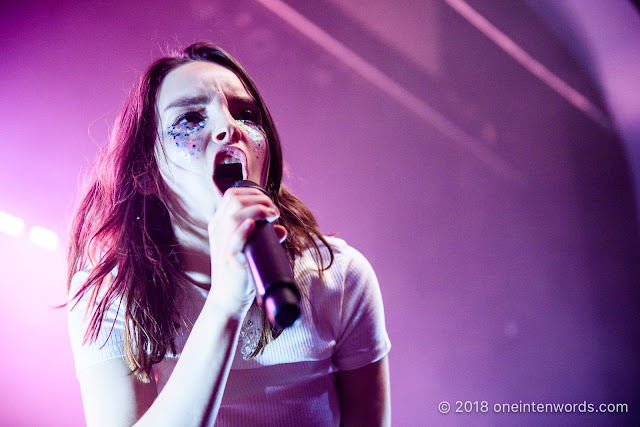 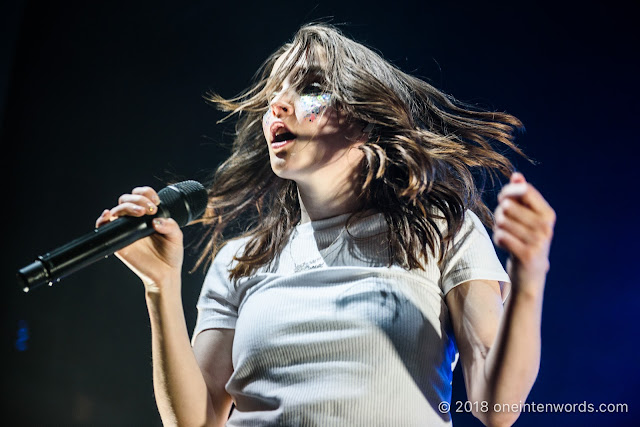 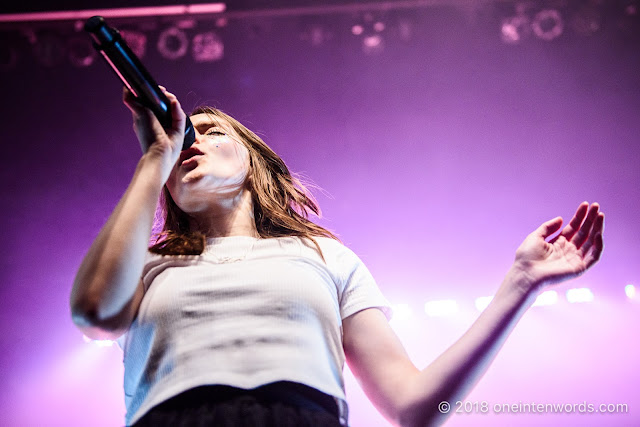 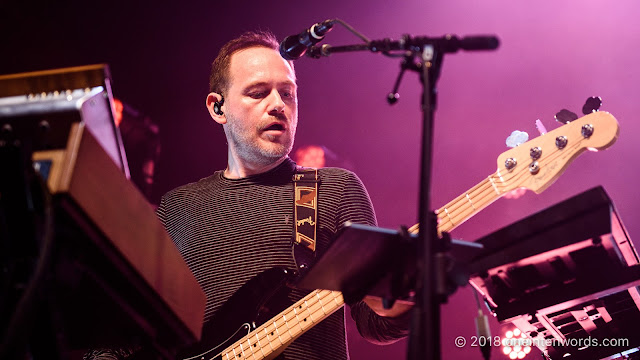 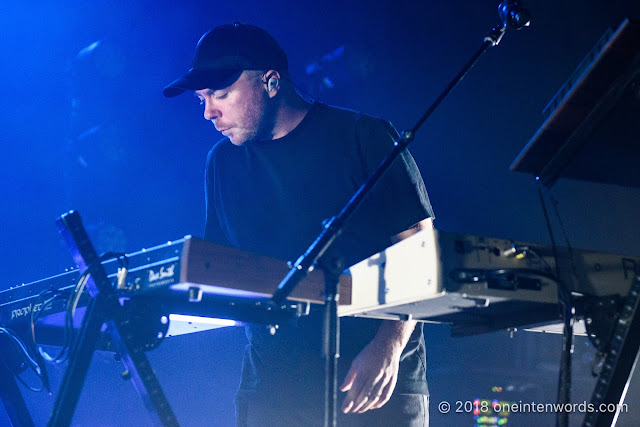 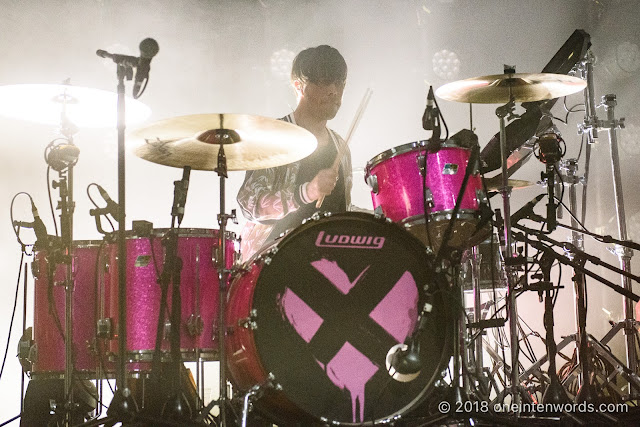 I love Chvrches. They are one of my all-time favourite bands. Bar none. Every time I see them perform live I enjoy them more than the time before. And I always enjoy them a lot. I was lucky enough to be able to attend a very special Chvrches concert in Toronto on May 19. Not only was it the first night of their tour to celebrate the release of their latest album Love Is Dead, it was also a special celebration of the one-year anniversary of the Josie Dye show on local Toronto indie-alternative radio station Indie 88.

As always, Chvrches' set was super high energy. It featured songs from all three of their albums and so many of my favourites. This show also marked their first show with a live drummer. I think it added to the energy and vibrancy of the songs that are already in very high amounts at a Chvrches show. The band played impeccably and Lauren's voice sounded fantastic, as her stage presence continued to grow.

Singer Lauren Mayberry told us cat stories and woes of getting in shape after months of leisure. My favourite comment of the night was in introducing their drummer Jonny Scott, "The drum machine grew legs and took on human form." Lauren even wore a necklace with the three words of the new album’s title Love Is Dead. Nice touch.

The band seems to love Toronto and can’t keep away for too long. We’re very fortunate that the wait between concerts is so amazingly short this time. They’re appearing at Yonge-Dundas Square for a free show for NXNE on Saturday, June 16. I'm planning to be there and I'd recommend you do so too.

If you're so inclined, click here to check out my photos from last time Chvrches played the Danforth Music Hall in 2015.

I just couldn't pick favourites from such an amazing set, so here's the whole set:


And here are a few shots of the Indie 88 crew - Josie Dye along with cohosts Matt and Carlin celebrating the one-year anniversary for their show - and a couple of shots of DJ Brendan Canning of Broken Social Scene spinning some tunes to warm things up. 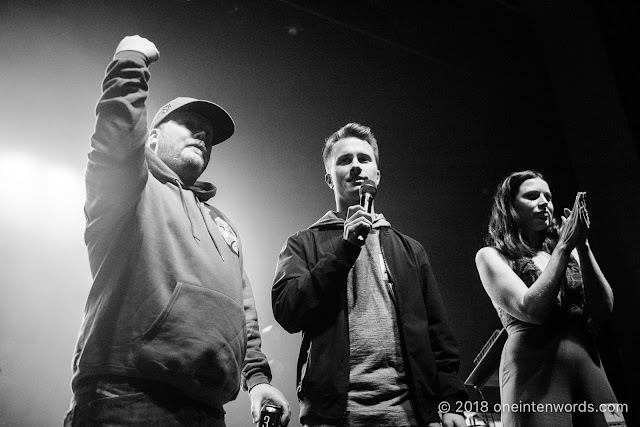 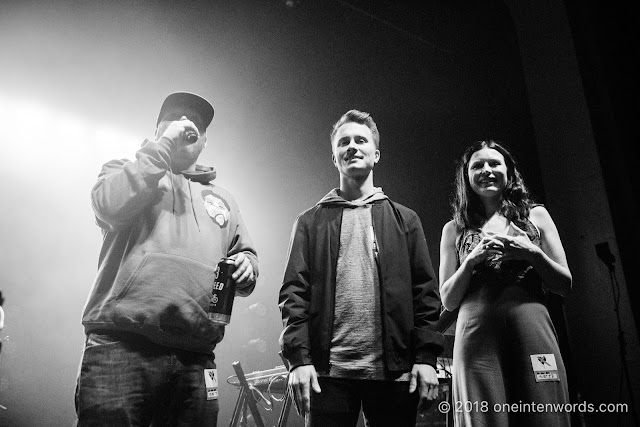 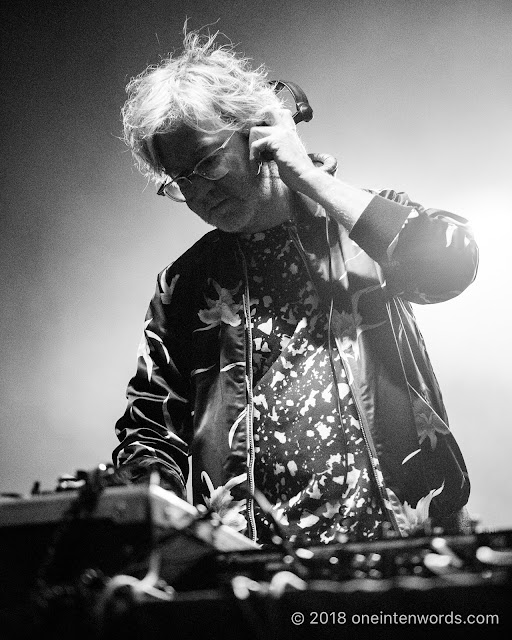 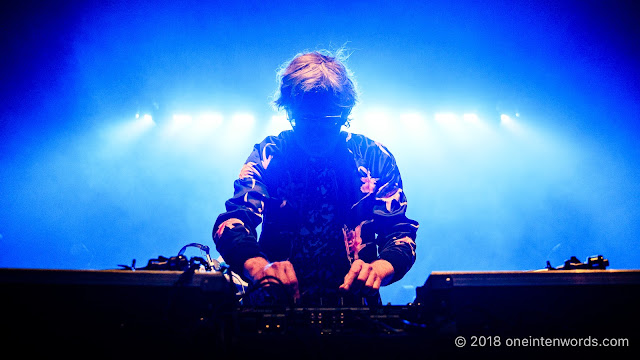