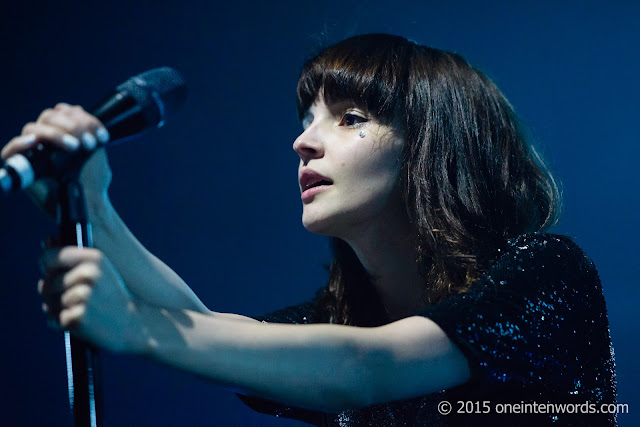 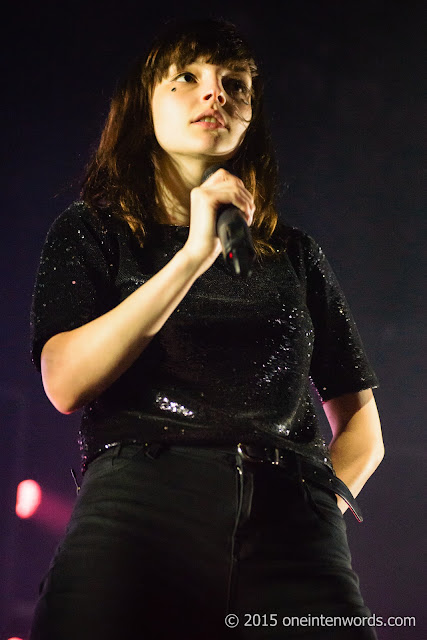 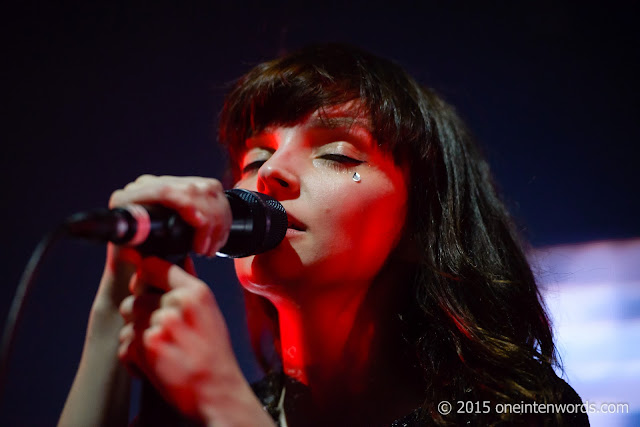 I don't know if it struck me as acutely when I saw Chvrches for the first time at Field Trip 2014 and maybe it's because we were all a bit "soggy" but Chvrches are a great live band. Their live sound is perfection, the songs are brilliant and so energetic, Lauren Mayberry has grown into quite a magnetic front for the band, engaging the crowd and keeping the pace going. Their light show was fantastic and everyone around me had an awesome time. 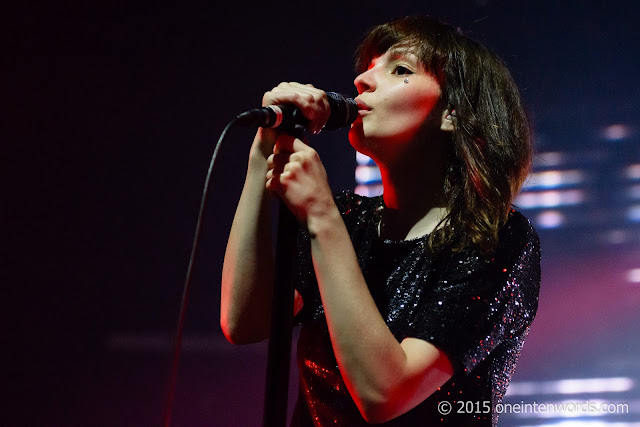 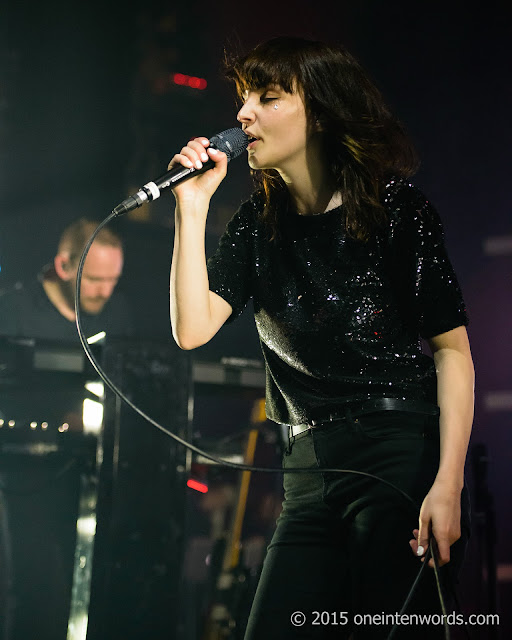 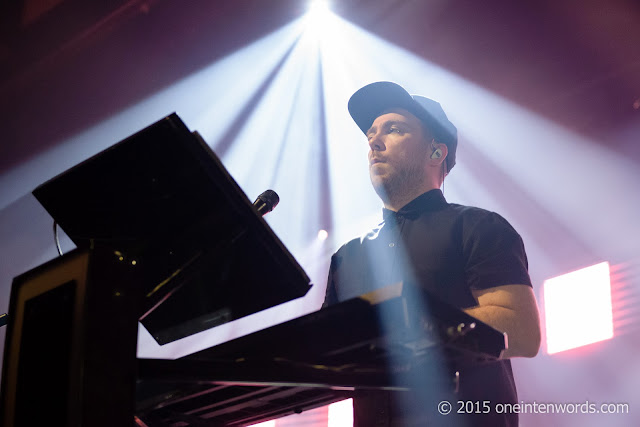 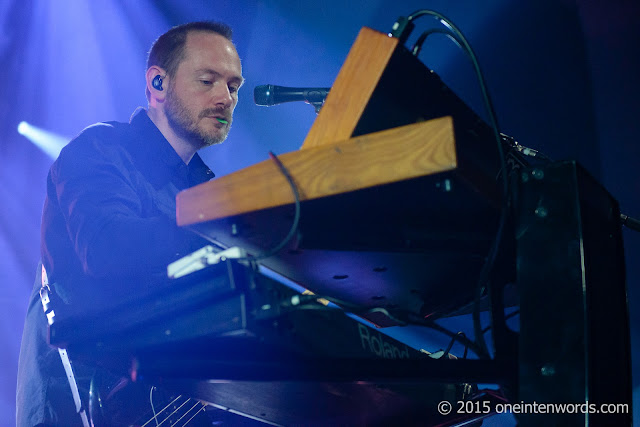 I caught Chvrches for the second of two sold-out nights at The Danforth Music Hall on October 5. The band opened with "Never Ending Circles" from their new album and performed a greatest hits worthy set that covered their 2013 début The Bones of What You Believe and their very recently released second album Every Open Eye. Personal highlights from their set were "Gun", "Recover", "Clearest Blue", "Leave A Trace", "We Sink" and the encore closer, the last song, the one that we'd been waiting all night for, "The Mother We Share". This band definitely belongs on my "see this band every time you can" list. 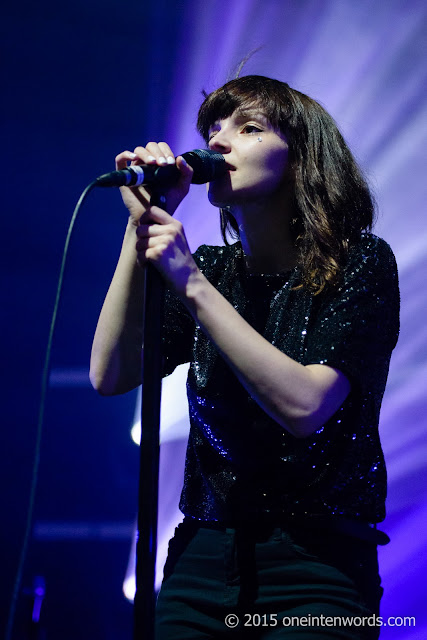 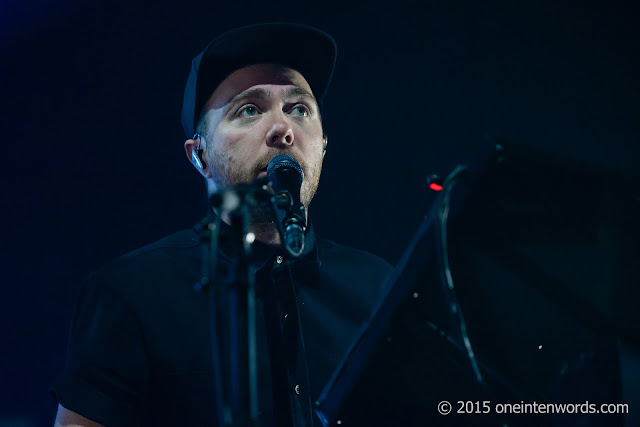 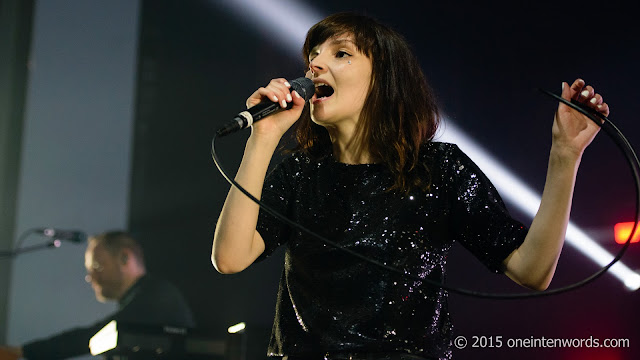 Check out some of my favourite Chvrches tunes.

The final song of their main set, "Leave A Trace"

The song to close out the night, "The Mother We Share"