Can't get enough of The Joy Formidable 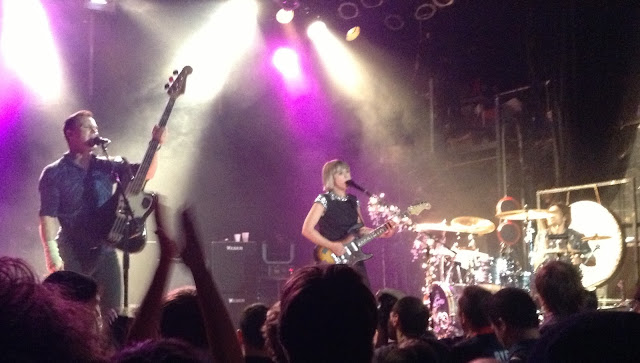 I saw The Joy Formidable when they came through Toronto to promote The Big Roar. Then I saw them opening for The Gaslight Anthem. While they were in town for that gig, they put on a headlining, win-to-get-in show at The Mod Club. I was lucky enough to get some passes for myself and some friends. What an amazing night! 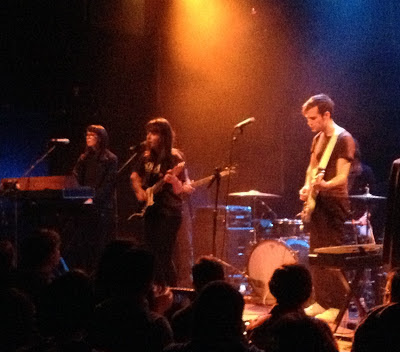 Local Toronto band Always opened the show. Unfortunately they have a terrible band name for search engine optimization, leading to lots of sites featuring feminine hygiene products and none featuring a band. I've since been turned on to their web presence: here, here and here. They put on a good show, letting us know that they live just up the street and that they've got some cool, easy-to-listen-to music. They seemed to be happy to be playing to a large audience and were charming in their manner and their music. Chromewaves points out some more about their lineage, "Frontwoman Molly Rankin had/has a burgeoning solo career in addition to being part of Nova Scotia’s most famous musical family, and guitarist Alec O’Hanley toured across the country countless times as part of Two Hours Traffic before departing last year."

The Joy Formidable hit the stage and did what they do best. They bring more bombast, energy and melody than three people have any right to make. It was wonderful. The band were in fine form, the audience was enthusiastic, the sound was superb and the venue was, as always, about as close to perfect as you can get. It was, without a doubt, one of my favourite live show experiences. Ever. 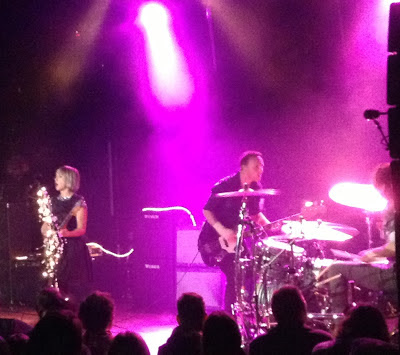 Their set covered much of The Big Roar, a reach back to their A Balloon Called Moaning EP, plus 4 songs from the upcoming Wolf's Law - "Cholla" "This Ladder is Ours" "Maw Maw Song" and "Silent Treatment". Wolf's Law is out January 21-22 and I'll give an early prediction that Wolf's Law will score high on my favourite albums of 2013. I'm sure that some of the new tunes will even make it on this year's list.


"Ostrich" from A Balloon Called Moaning

"This Ladder is Ours"

They opened their encore with the quiet "Silent Treatment". What a stupendously gorgeous song with a beautifully composed and delivered melody. Here's a fan-filmed version from a show in London. Breathtaking. 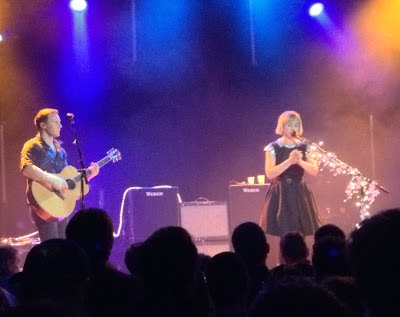 If you like this band at all and have a chance to see them live, go do it. It will turn like into love. They mentioned that they'll be back to Toronto in the spring to promote Wolf's Law. I'm looking forward to it.

The photos in this post are original pics by me. Not the usual professional pics stolen from some other web site. You can tell the difference original art makes.
Tags: alvvays, concert photography, concerts, the joy formidable
Newer Post Older Post Home