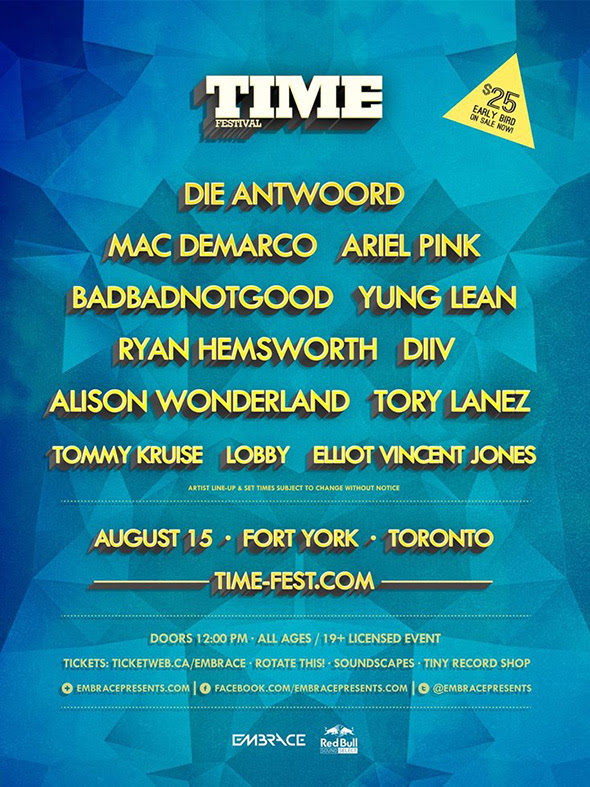 Time Festival is back this year at Fort York on August 15, presented by Embrace, and they've just announced the line-up. It's a diverse festival with elements of dance music, jazz, indie/alternative and Die Antwoord, a spectacle all their own.

I caught Die Antwoord at Riot Fest and can attest to their live show being a great one to experience. I also caught DIIV opening for Japandroids at the end of 2012 so I can vouch for their live show.

Early bird tickets are on sale now for $25.

Check out some of the artists at this years fest:

"How Long Have You Known"