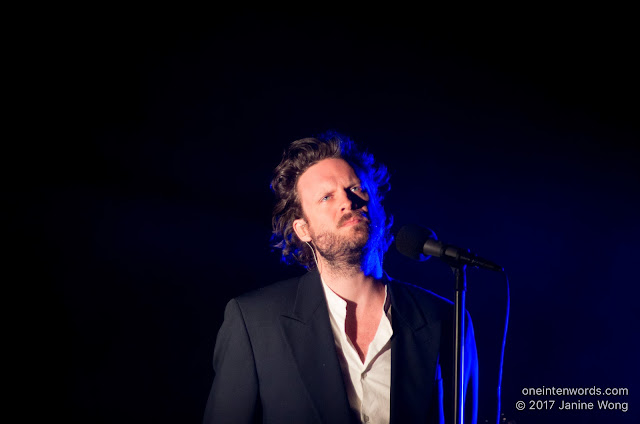 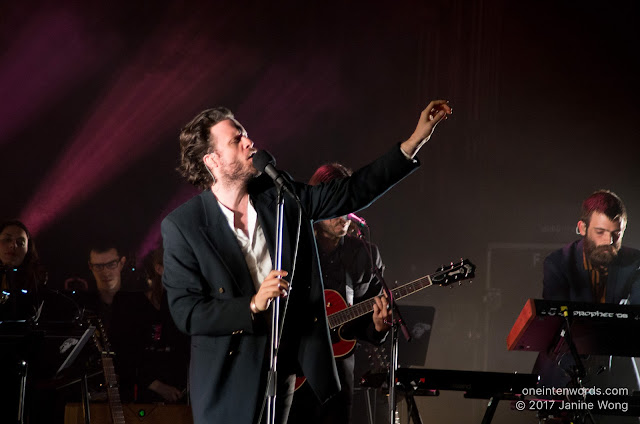 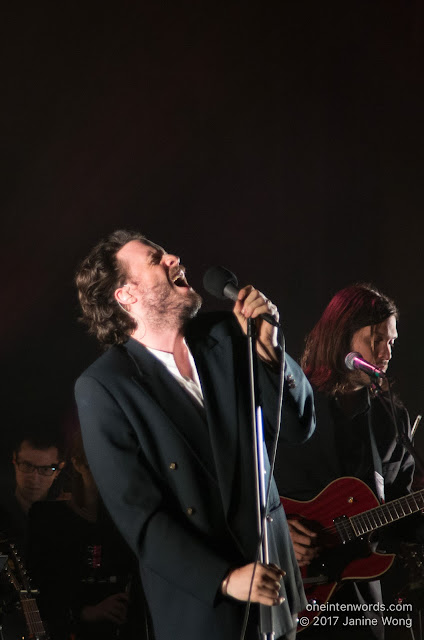 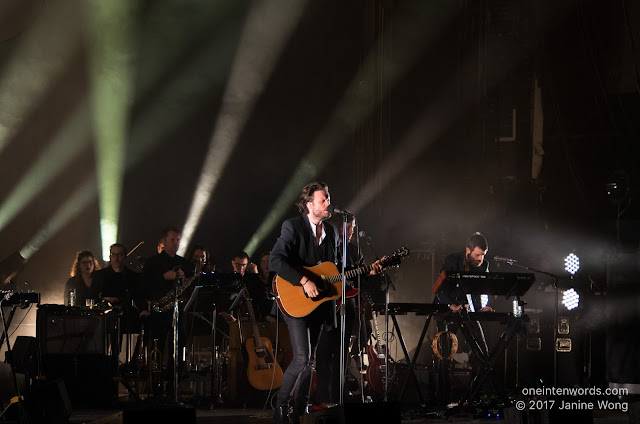 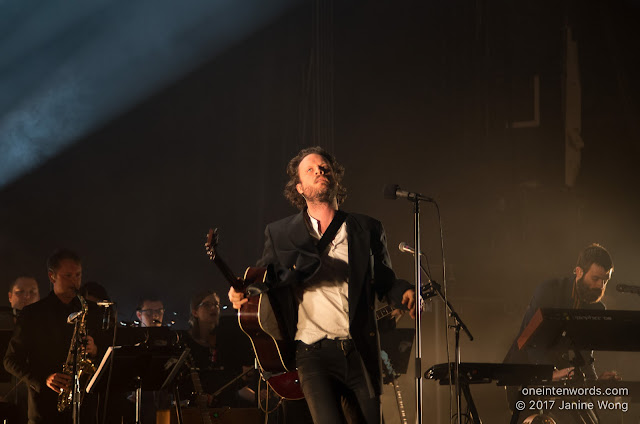 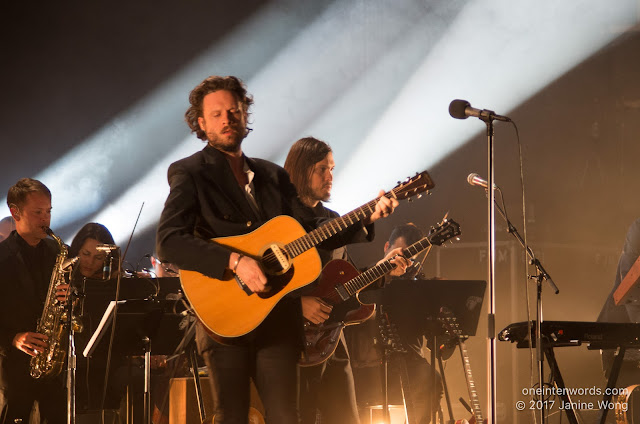 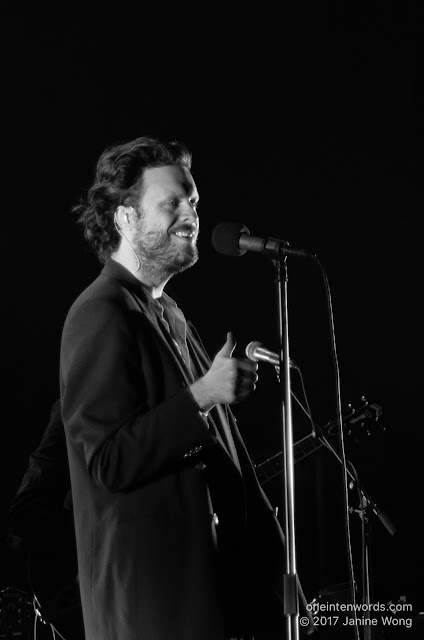 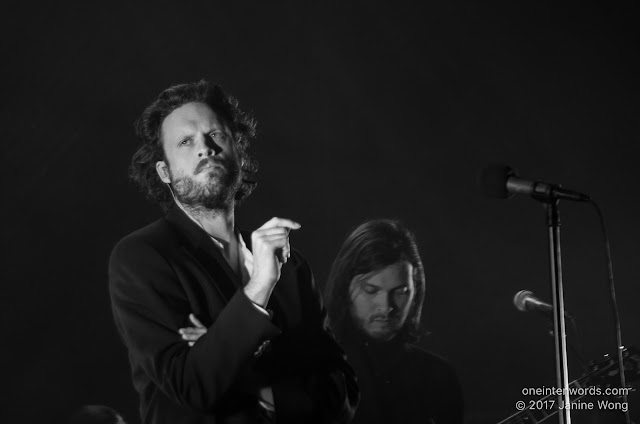 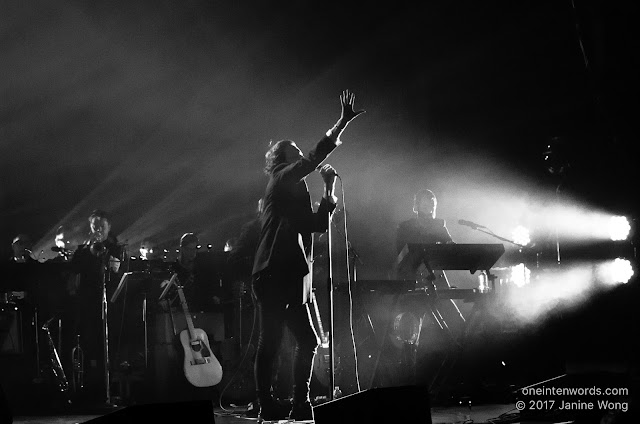 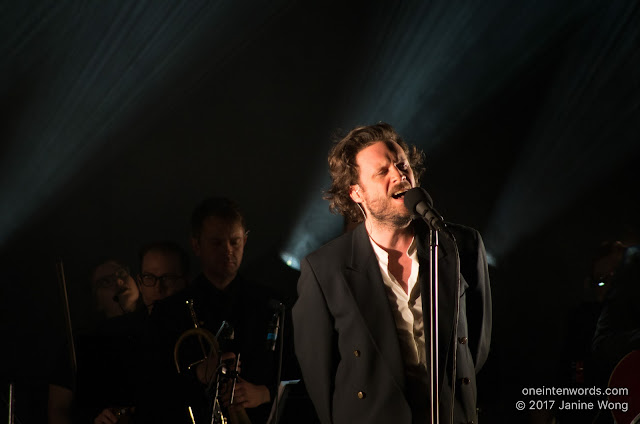 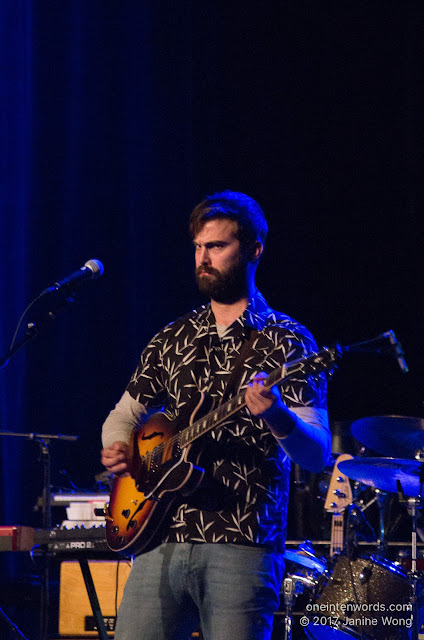 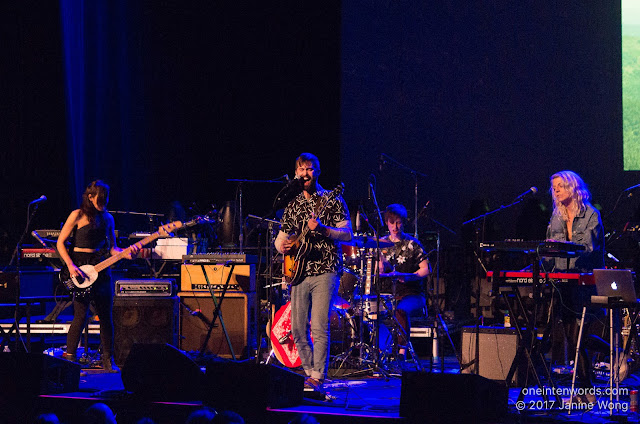 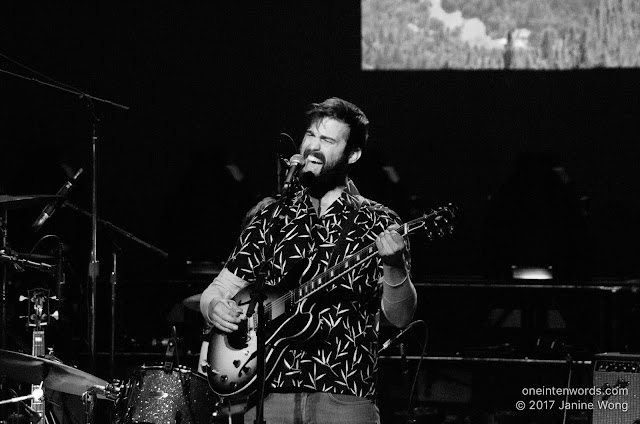 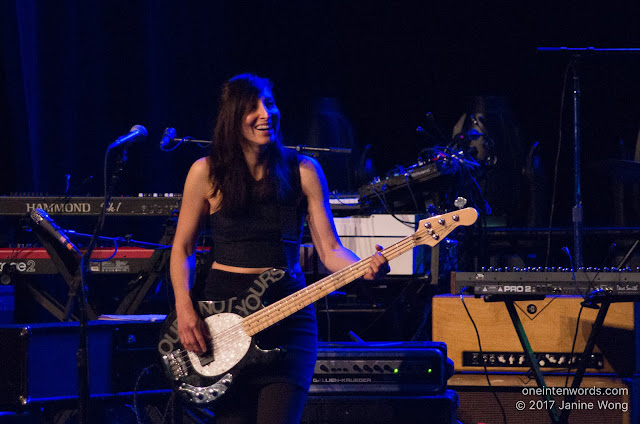 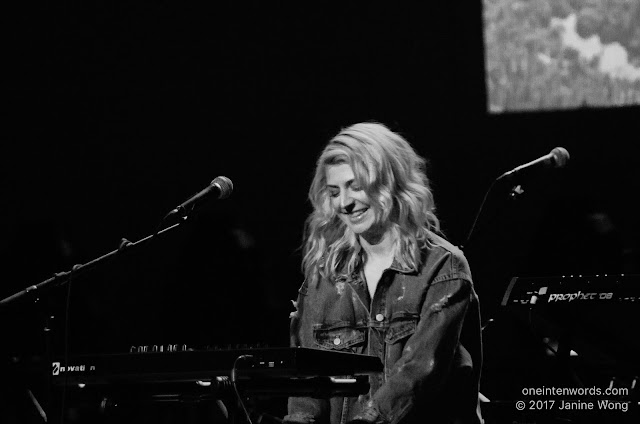 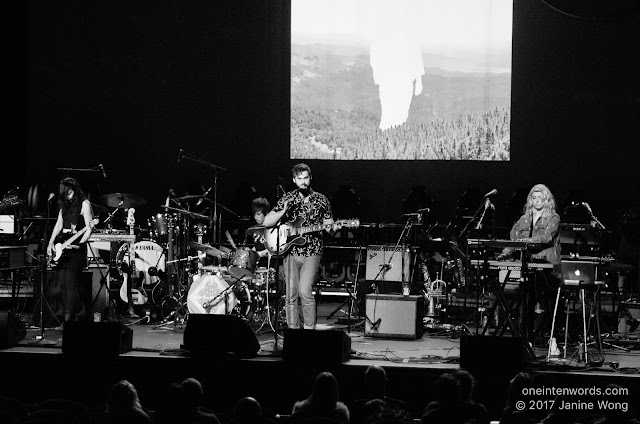 On Saturday May 6, 2017, Father John Misty played his second sold-out show at the historic and newly renovated Royal Alexandra Theatre (with appreciably more spacious seats). Father John Misty attracted bearded bros and hipster-types on the younger-end of the age spectrum who were able to afford the more-costly-than-average tickets.

Opening for Father John Misty was Dams of the West—a solo project from Chris Tomson (perhaps more commonly known as the drummer from Vampire Weekend). Tomson played songs from his debut album Youngish American—a mellow, droll, rock record produced by Patrick Carney of The Black Keys. Perhaps it should come as no surprise that Dams of the West opened up for Father John Misty as Chris Tomson and Josh Tillman share so many similarities. Both artists started out as drummers in other bands (Vampire Weekend and Fleet Foxes) before breaking out into solo careers. They also share an acute sense of self-awareness and knack for dry humour. But whereas Tillman contemplates the meaning of life from a theatrical, grandiose perspective, Tomson analyzes his life from a domestic mundanity. During the performance, Tomson was joined onstage by a bassist, keyboardist, and drummer. In between songs, Tomson was wry, abrupt, and awkward. For example, he seemed embarrassed by the redundancy of having to introduce his band’s name when it was already projected behind him in big letters (but truth be told, the font and background colour were quite similar and hard to distinguish so I’m sure the introduction was appreciated by many). Tomson later went on to describe some of his more popular songs like “Death Wish” and “Tell the Truth” as “songs you might know, but also might not”. For their penultimate song, they played a cover of Alan Jackson’s “Chattahoochee”, a fun, honky tonk, country ditty. Towards the end of their short set, Tomson joked that if he knew he was going to be opening for Father John Misty, he would have taken better care of himself.

Father John Misty started promptly at 9 pm and played the first eight songs of his newest album Pure Comedy in chronological order (apart from “Leaving LA”—a thirteen minute self-aware diatribe about L.A. culture, his appearance, personal relationship to music, among other topics). He began the set with “Pure Comedy”, a song about humanity, evolution, and stupidity of religion. Whereas Father John Misty’s second album I Love You, Honeybear tackled the theme of love, marriage, and relationships, Pure Comedy revolves around the current state of the human condition—the idiocy of politics, need for religion, slavery of entertainment, addiction to social media, left-wing idealism, and so on and so forth. However depressing and cynical the overarching message may feel, there are small glimmers of hope sprinkled throughout which makes the album seem a little less nihilistic.

Last year at NXNE Port Lands Festival, Father John Misty entertained and captivated the audience with his strong stage persona and charisma. While Tillman has become “a little less human with each release/ closing the gap between the mask and me”, his performance seemed relatively unchanged as he continued to flounce about with the same flamboyance—shifting between confidently dancing around stage and uncomfortably crossing his arms or putting his hands in his pockets during more introspective moments. Tillman kept banter to a minimum, encouraging the crowd sit down at certain points (because “that’s what seats are for” and why they purposely had the show at a theatre rather than a “concrete box”) but also stand up (at the appropriate points during the encore). In the quiet moments in between songs, when crowd members started to hoot and holler, Tillman commented that he hoped those were sounds of joy rather than anxiety. He later added, “everything terrifies me, so I joke”, which seems like an accurate insight into Tillman’s thoughts behind the music and how the persona of Father John Misty came to be—using humor to mask more somber themes.

The music itself and the sound at Royal Alexandra Theatre was phenomenal. Father John Misty’s voice was forceful and clear as he switched between singing and playing the guitar. He was accompanied onstage by about fifteen instrumentalists, which included a full string section accented by a couple of brass instruments. Father John Misty played for almost two hours straight and delved into older songs from I Love You, Honeybear and Fear Fun. It was a long and ambitious set list with five songs for the encore. Like any pleasant experience, I anxiously awaited the end that I didn’t want, but knew would eventually come.

Photos and review by Janine Wong.

Check out some of Father John Misty's music:

"Ballad of the Dying Man"

"Nancy From Now On"

"I Love You, Honeybear"

And from Dams of the West

"Flag on the Can"

"The Inerrancy of You and Me"
Tags: concert photography, concerts, dams of the west, father john misty
Newer Post Older Post Home