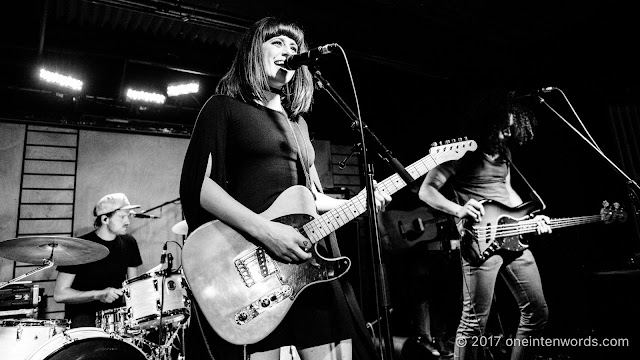 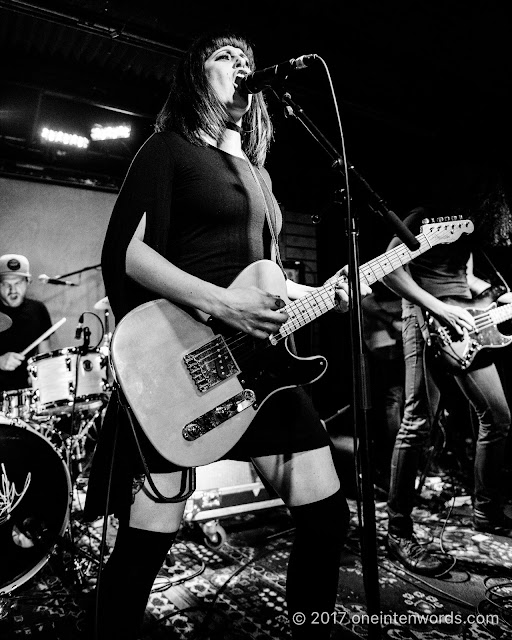 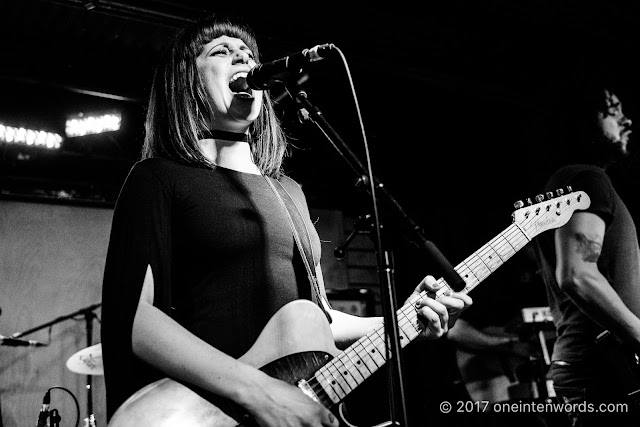 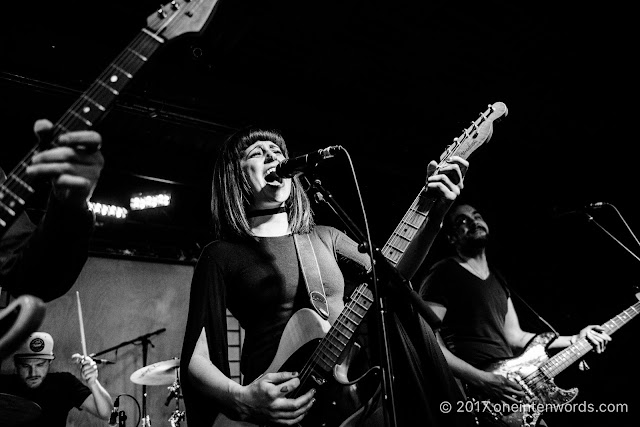 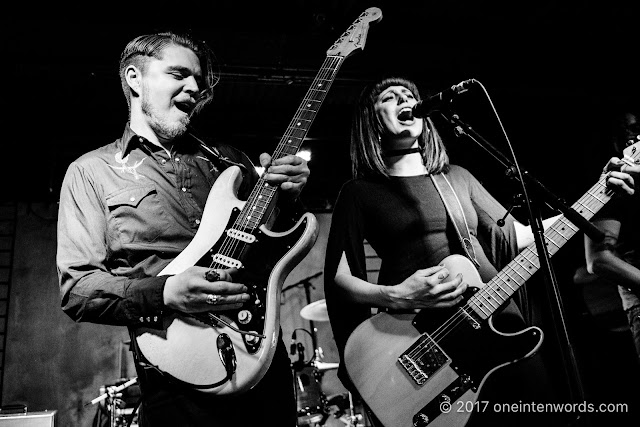 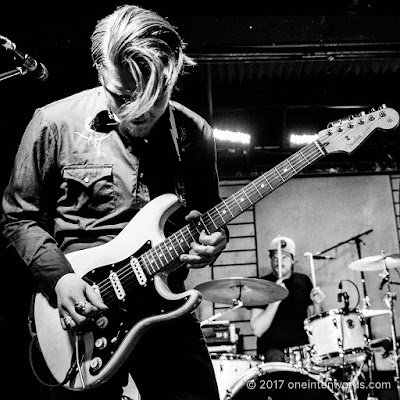 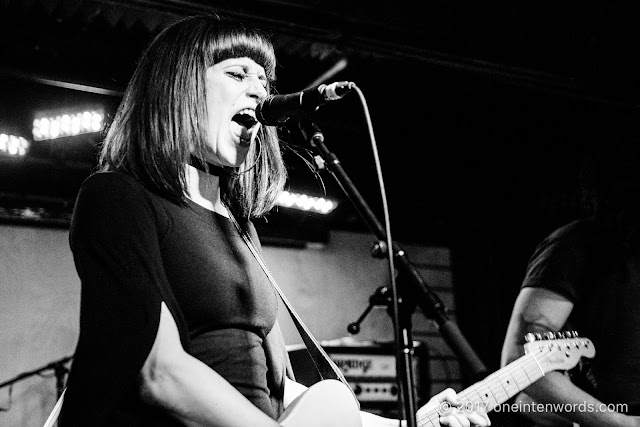 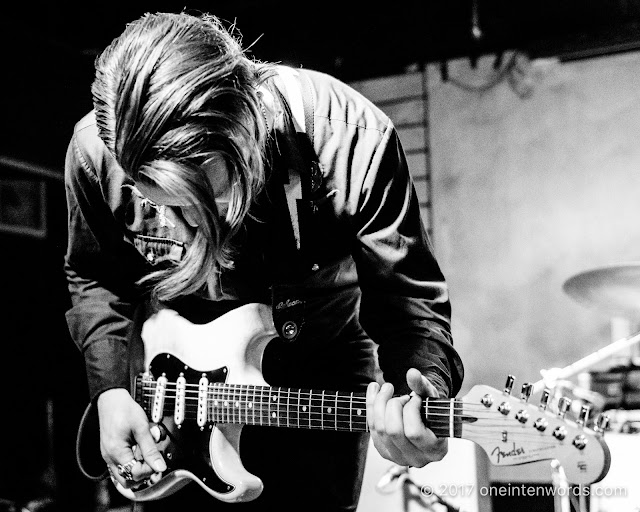 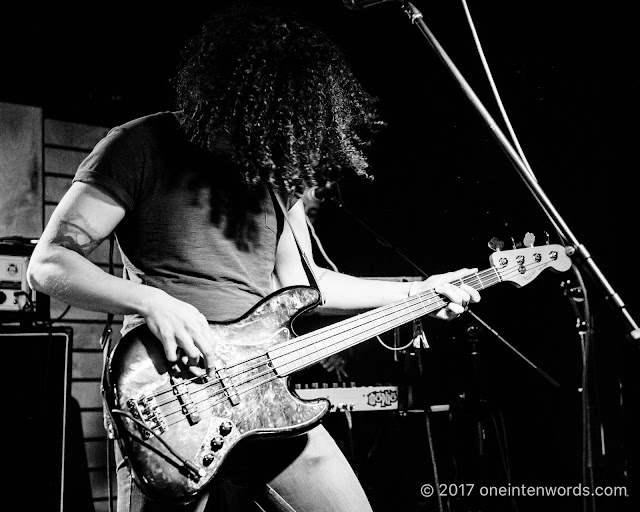 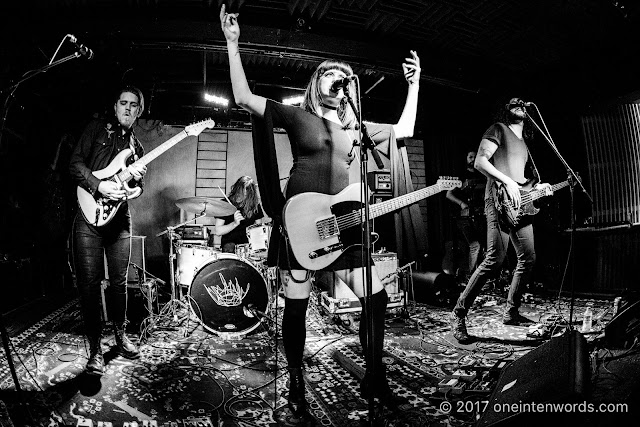 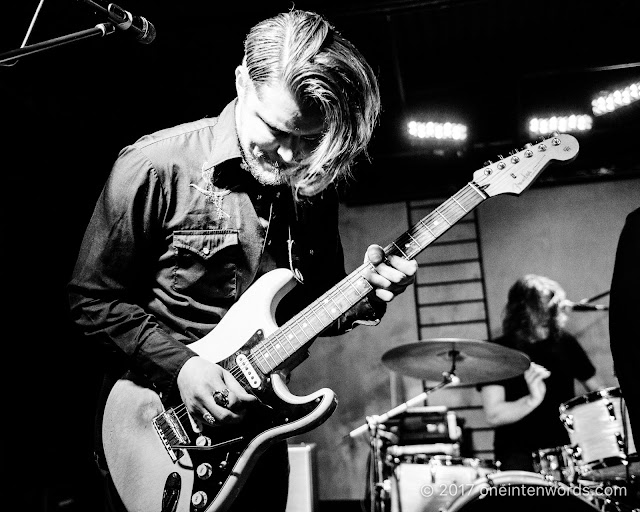 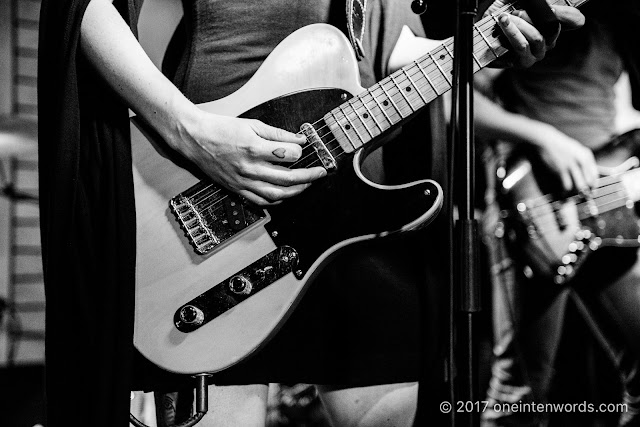 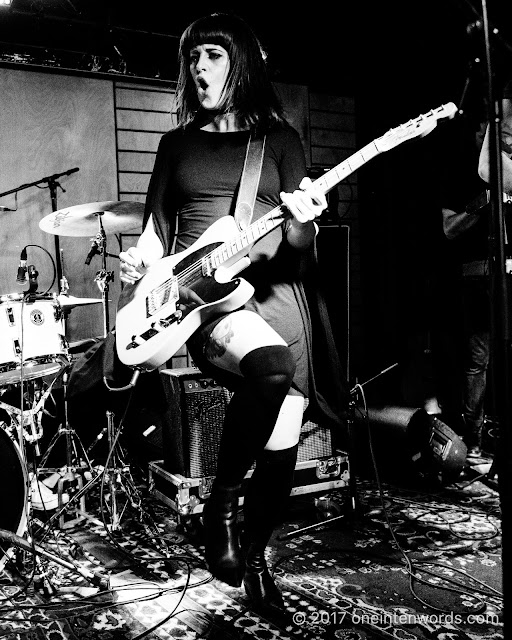 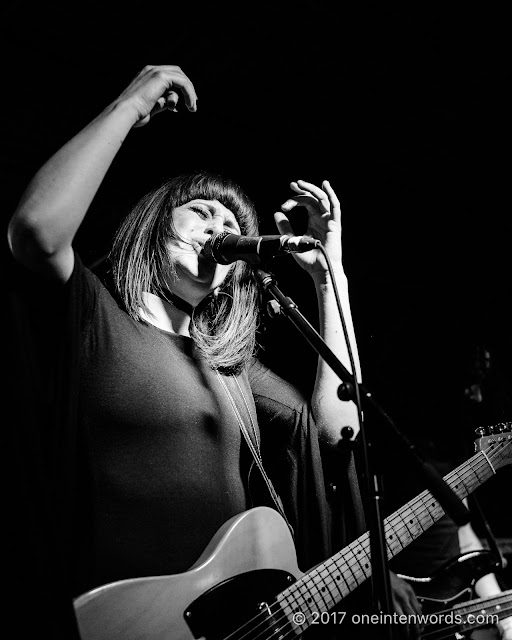 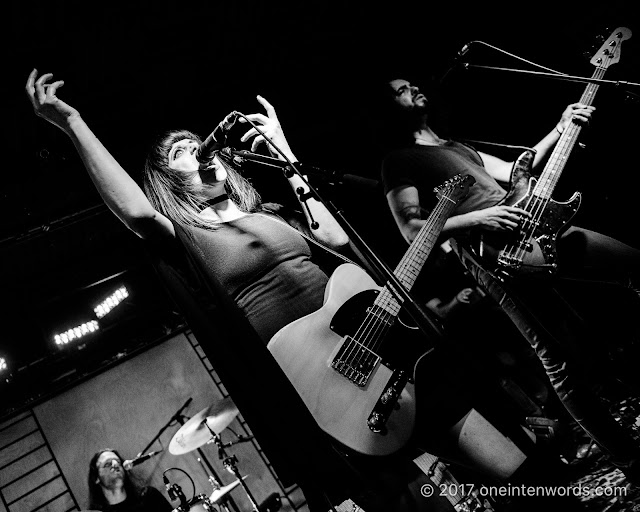 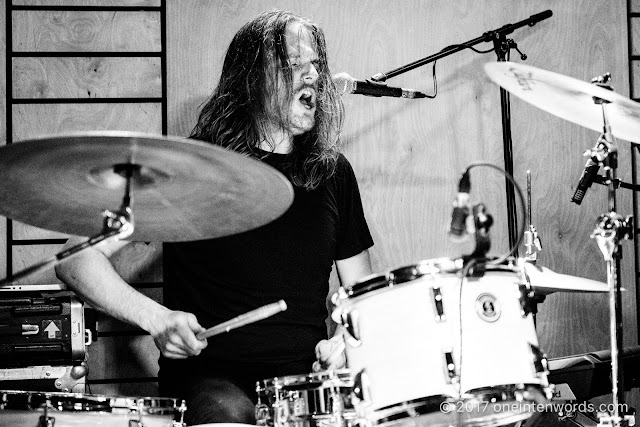 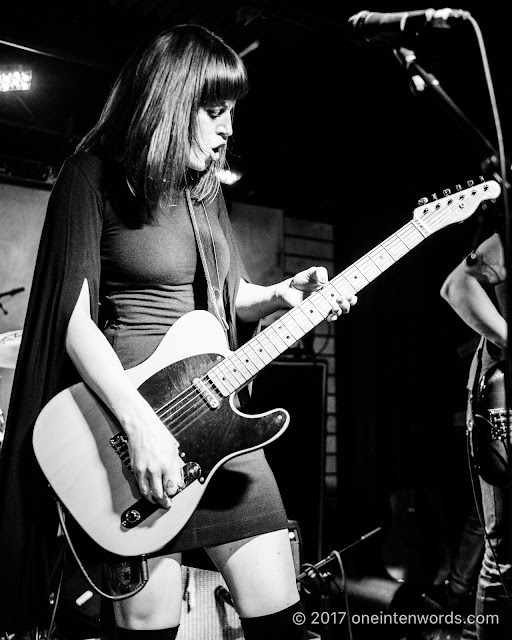 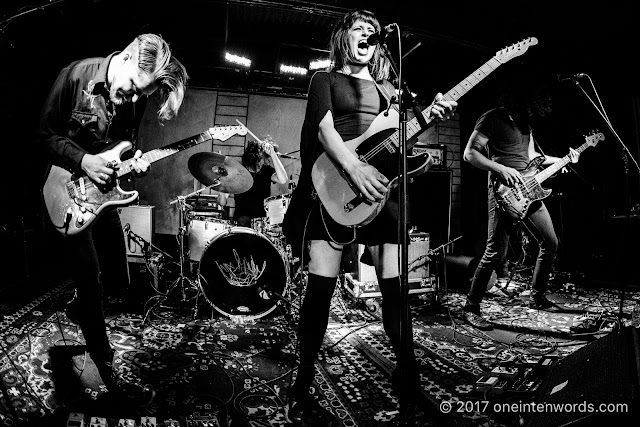 I love The Balconies. They headlined this fantastic night of rock at Adelaide Hall for the second night of CMW 2017. I've seen this amazing band a number of times. First was their Fast Motions release party at Lee's Palace. The next time was at The Great Hall for CMW 2016. Most recently, I caught them at Yonge-Dundas Square. And they've been all over my favourite songs, albums and photos lists over the past couple of years.

The Balconies never fail to impress. Their songs, their sound, their performance, their presence are all incredible. Jacquie Neville's vocals and command of the stage are wonders to behold. Liam Jaeger's guitar playing is the perfect counterpoint. The rest of the band keep it all under control and keep it all solid as can be to complete the package. Jacquie wasn't feeling her best at this particular show, but you'd never know it from the near-unhinged performance she gave. Always awesome!

Their set focused on their latest album, Rhonda, but we got a special treat in the form of encore classic, and one of my all-time favourite songs, "The Slo".

Check out some of their music and make sure you go to their next show. You won't be disappointed.