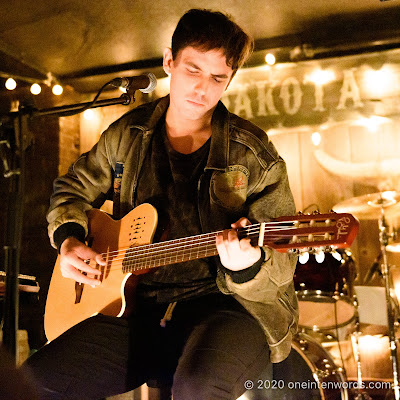 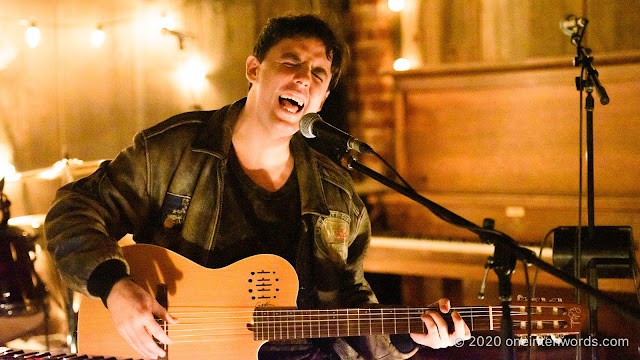 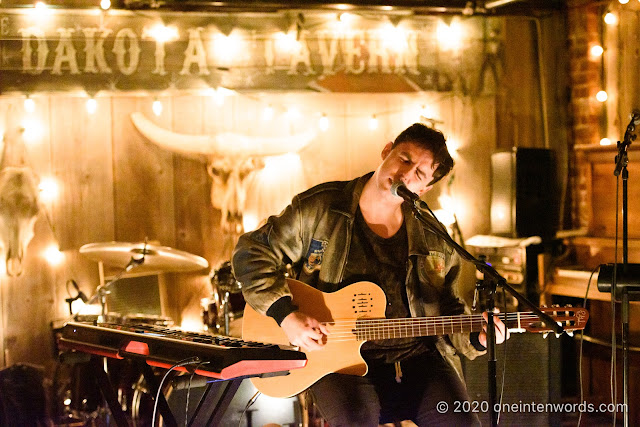 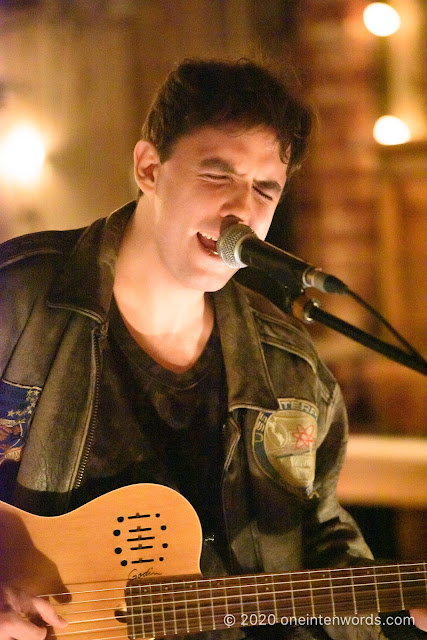 It's been a minute since I've covered a show. I pretty much took most of November and all of December and January off. Some of that time was by choice, some not so much. This February Monday night was a great night to head out, hear some amazing music performed by talented and passionate musicians, and generally shake the dust off and get started with 2020.

This was my first time shooting, or even seeing a show, at The Dakota Tavern. I know what you're thinking. It's a venerable institution on the Toronto music scene and I've never been there. Shocking but true.

It was a very special night to hear Marlon Chaplin perform. This was a different Marlon Chaplin show experience for me, since I'd always experienced Marlon with a full band. For this show, he took to the stage solo, accompanied by only an acoustic guitar and a keyboard. He treated us to a full performance of his new, not-yet-released album. And it was amazing.

The songs reveal themselves as graceful and dynamic when stripped down to their most basic form. You can easily imagine Marlon working the songs out, building them from chord progressions, melodies and lyrics into fully formed works of art. Marlon's put out a couple of teases of the new songs in Instagram stories. Those, combined with this stripped-down performance, leave me anticipating what the fully produced album, and the live shows, will bring.

Although I'm sure those rich and layered, fully arranged versions of these songs will be magical, I have a feeling that this intimate show will remain a special memory and the blueprint of these songs. First impressions are strong and my first impression is that these songs are powerful expressions of Marlon's musical vision; one that resonates strongly with me.

I'm sure I’ll always remember how these songs sounded on this particular February night even as I experience them on record and live. I think that it’s a good sign that after hearing these new songs for the first time, I can't wait to hear them again.

Marlon was warming things up for headliners The Naive and Y&I. Please click on through to check out my photos of their superb performances.

Since Marlon's new album is not out quite yet, I'll have to encourage you to listen to some of my favourite tunes from his first two albums: