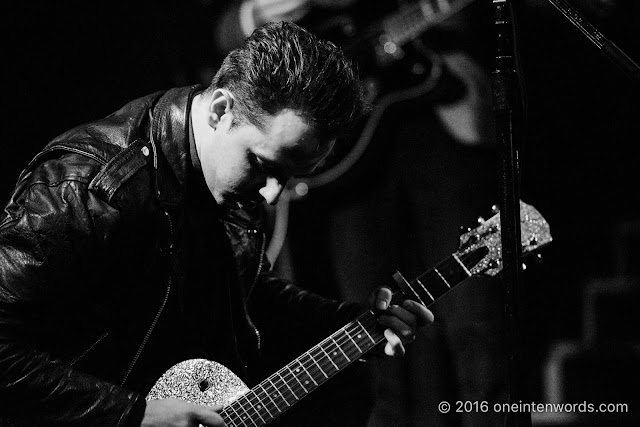 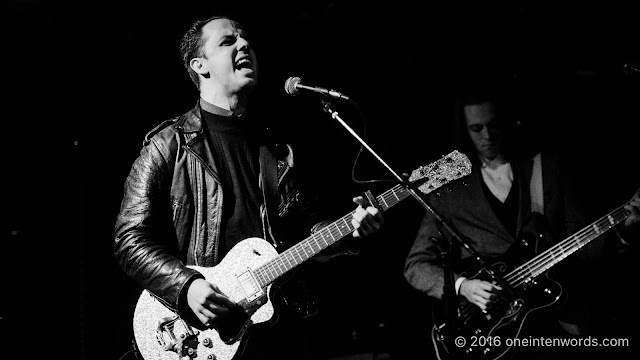 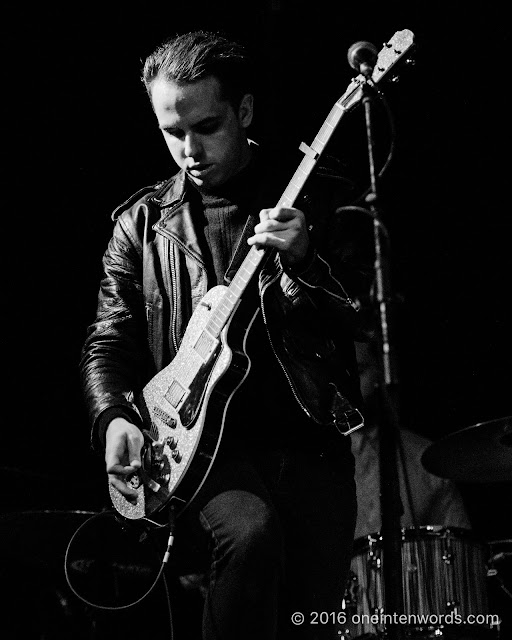 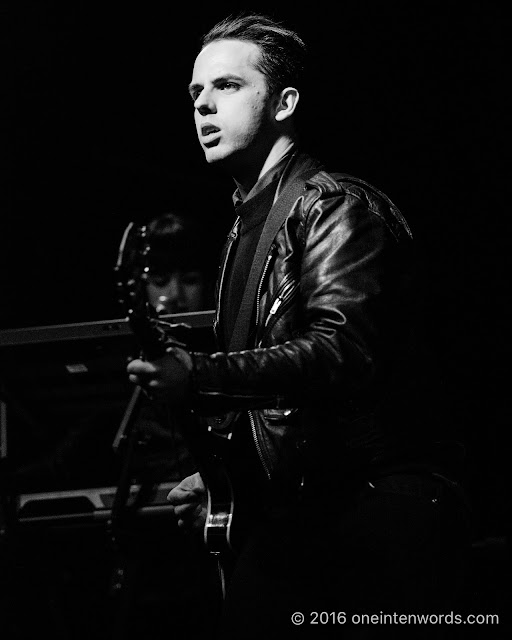 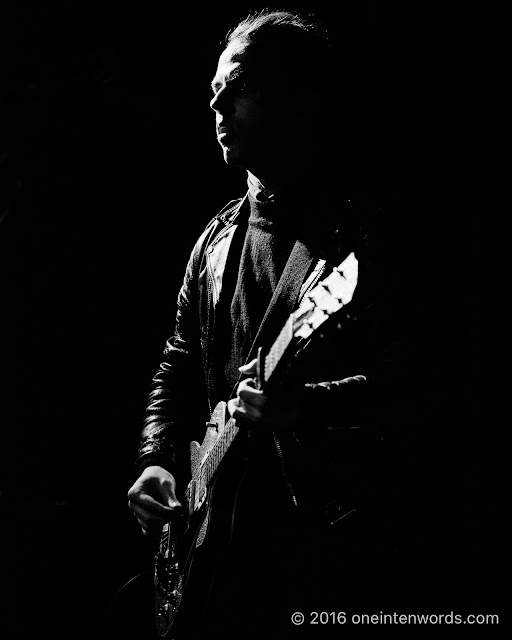 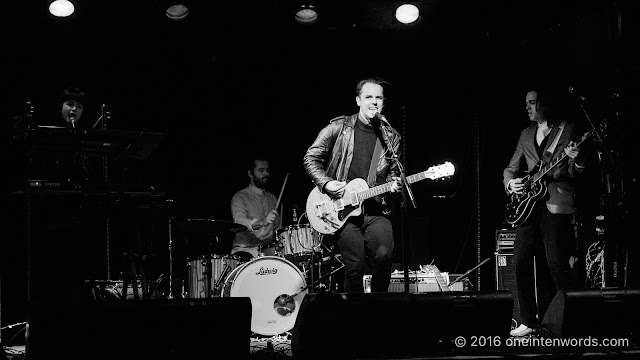 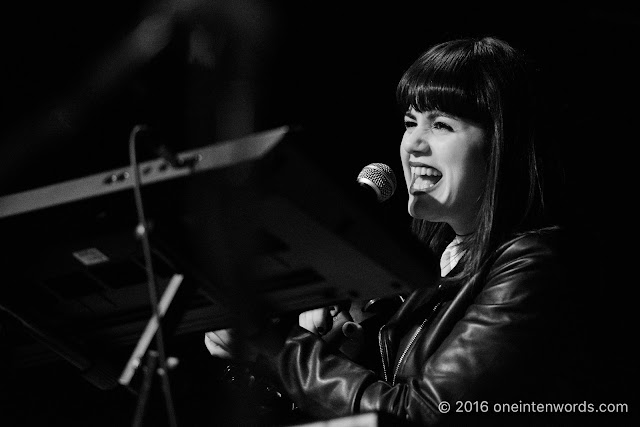 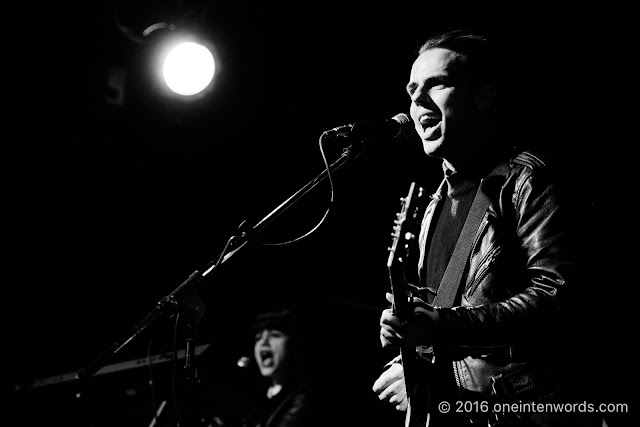 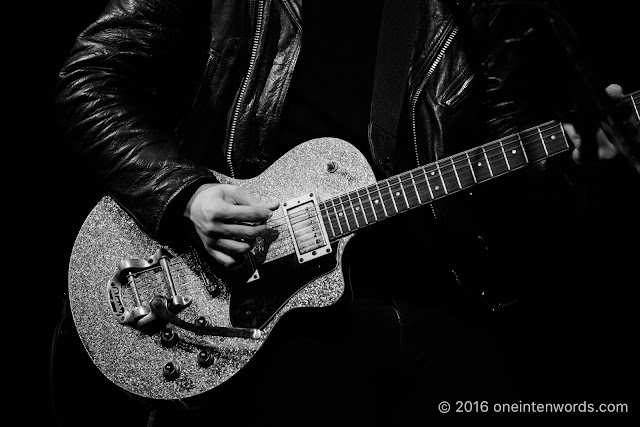 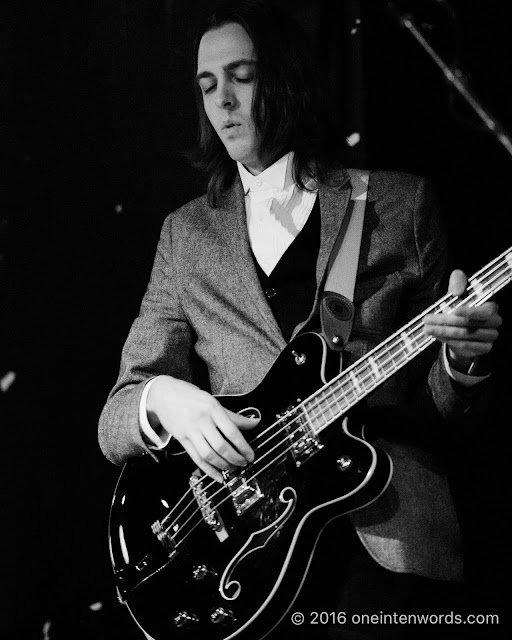 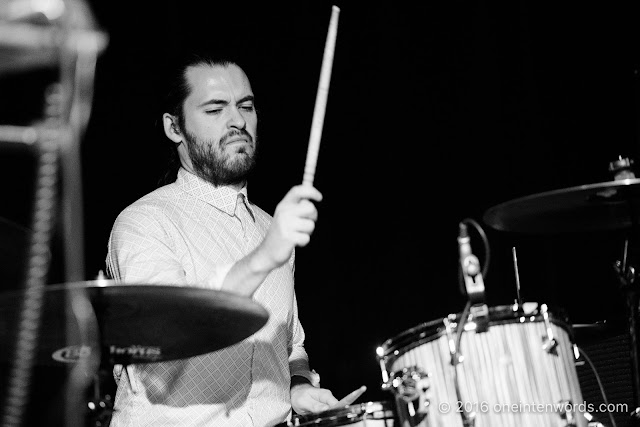 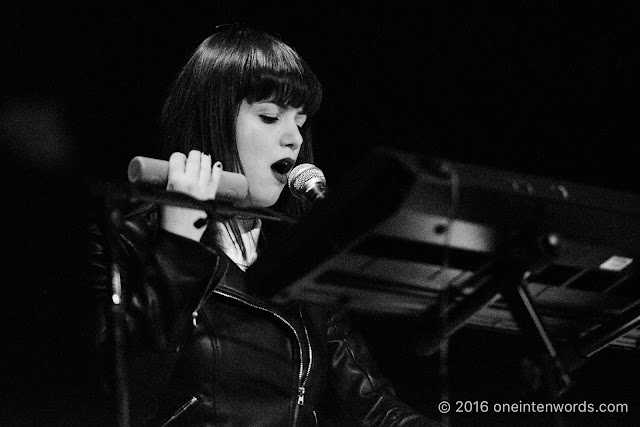 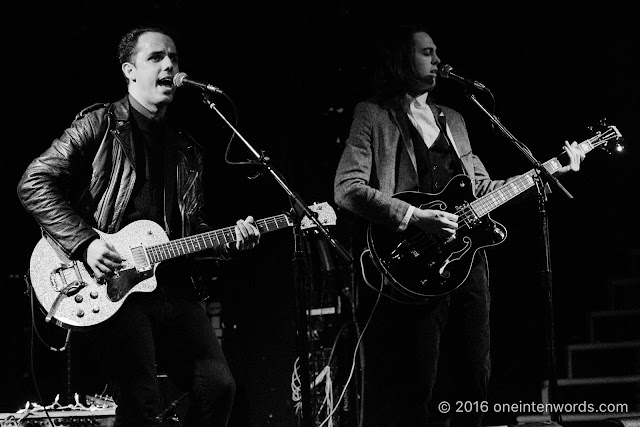 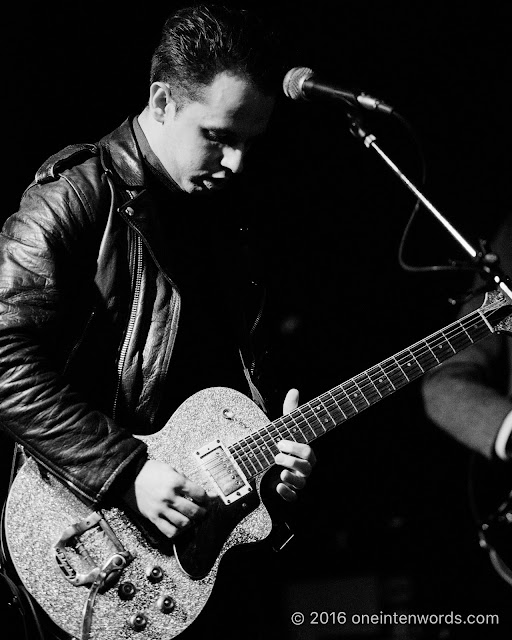 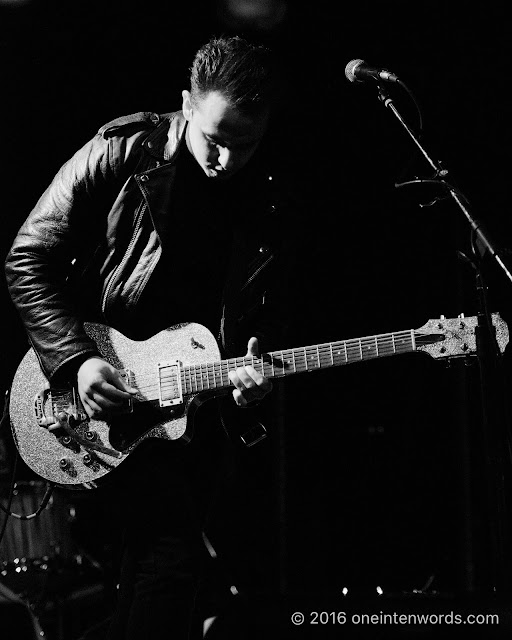 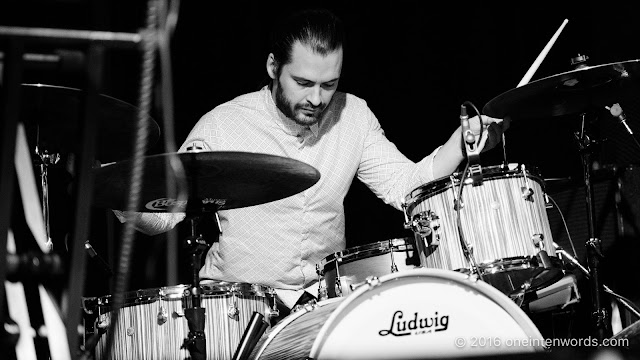 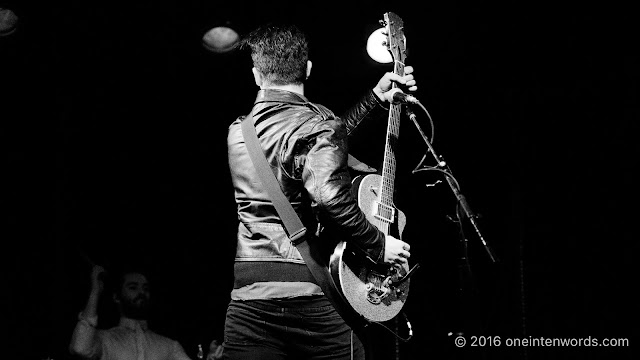 Toronto-born musician, songwriter and producer Marlon Chaplin released his Wanderer By Trade EP in May of this year. He followed it up with a couple of superb singles, namely "Annabelle + Someone" and "Fossils". I featured him back in October with this post and I got my chance to see his live show, and capture these images of Marlon and the band, on December 8 at Lee's Palace.

It was very cool to hear Marlon's tunes live with his solid band. Marlon's strong vocals and cool guitar playing were front and centre. You can feel and hear the passion that Marlon puts into his songs and performance. It comes across with a fun energy that ensures the audience has a great time listening to his tunes, which won't be constrained by genre. The band complimented Marlon perfectly, pulling together a strong show that kept the focus on the songs.

"Carmeline" has a strong, slow groove, cool harmonies and great hooks. "Fossils" is the new single. It's a tender acoustic tune that I can totally see a full house singing and swaying along to. "Annabelle + Someone" and last song "In Stars" continued to highlight the talent of this great singer, accomplished songwriter and overall artist to watch.

Spend some time listening to Marlon's tunes and make sure you catch his next live show.