MS MR and Wildcat! Wildcat! at The Phoenix in Toronto 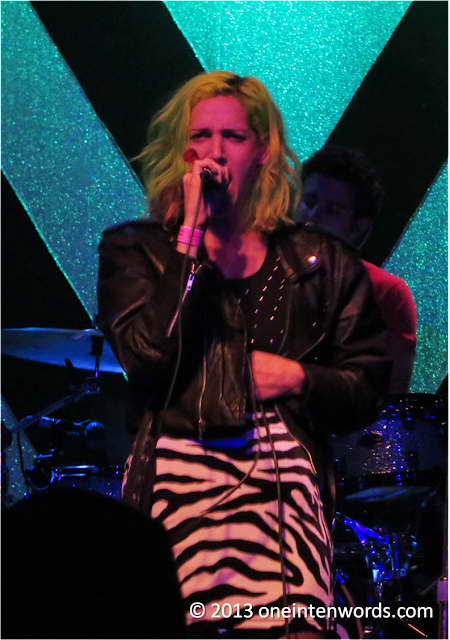 MR MR hit up the Phoenix Concert Theatre in Toronto with Wildcat! Wildcat! on September 17. They're touring behind their début full-length album Secondhand Rapture.

I put up a few posts (1, 2, 3) on these guys, starting back in December of last year and was happy to take the opportunity to check them out live.

Lizzy Plapinger and Max Hershenow have a bassist/keyboardist and drummer with them on tour to provide a more "live" sound and band dynamic on stage. It serves them well as they present their fun tunes. Lizzy's day-glo green hair and groovy moves combine with the other band members' energy to create a fun show. Max even breaks free of the keyboard to bust some moves on a couple of occasions.

They played pretty much all of Secondhand Rapture, saving "Hurricane" for the big ending. We can add them to the list of bands whose last song is actually their last song. No encores here. For now.

For your listening and dancing pleasure, here is a trio of tunes from Secondhand Rapture, starting with my current favourite, "Think of You".

Love the Animotion keyboards in this Chvrches remix of "Hurricane". 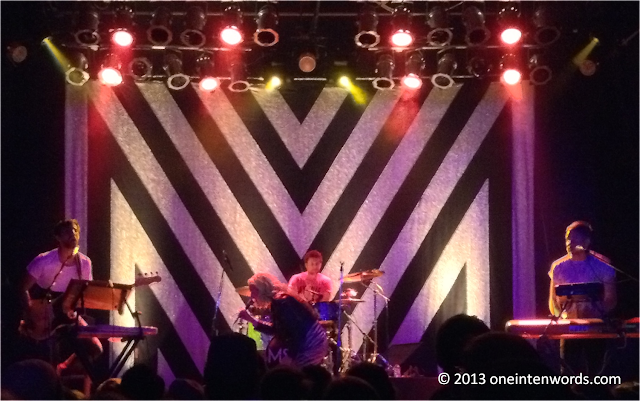 Now they didn't play this track at the show, but I found it while searching through old saved-for-later stuff and thought I'd share it. 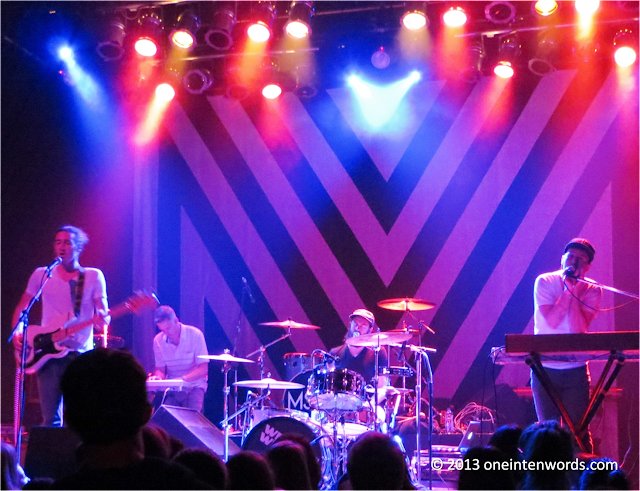 Wildcat! Wildcat! did a good job opening the show with their mellow tunes and high harmonies. They have a very current sound which should do them well. I personally could use some more up-beat and energetic tunes in the mix.

Their début EP was released September 10. Check it out below.

And here's the video for "Mr. Quiche".

I took the pictures in this post. I wish I had taken the last MS MR picture with my good camera rather than my iPod Touch, but, what can you do?
Tags: concert photography, concerts, favourites, ms mr, wildcat wildcat
Newer Post Older Post Home