Young Galaxy and Alvvays at The Hoxton 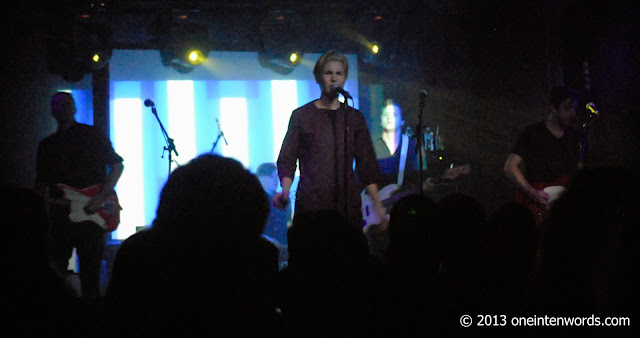 On November 22, I caught Young Galaxy and Alvvays at The Hoxton here in Toronto. I had been meaning to see Young Galaxy for a long time and finally got out to a show. I saw Alvvays opening for The Joy Formidable at The Mod Club back in November 2012.

I put up the lead pic on purpose. Not because it's a good pic (it's not) but rather to show how dark Young Galaxy turned the lights for their show. They sounded great but at times all but disappeared on stage. No worries. It's the music we were there for, and the music delivered. 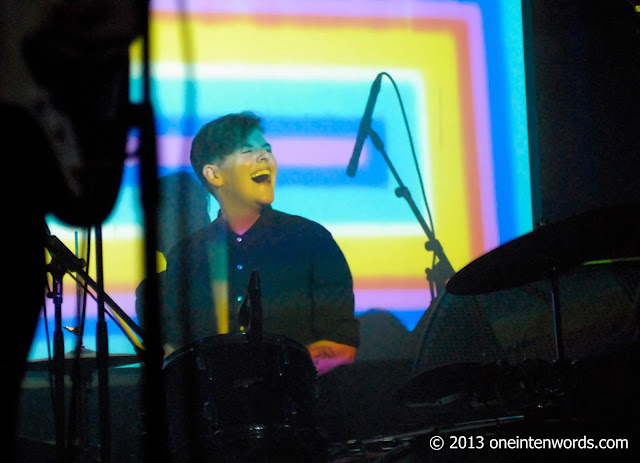 Highlights of the set for me were "Pretty Boy", "Fall For You", "New Summer" and the encore of Erasure's "A Little Respect". That cover was a perfect fit for Young Galaxy. Overall, it was a fun show in a good venue. Then we all shuffled out and made room for the late show of the evening at The Hoxton.

Here are a bunch of great tunes from Young Galaxy for your listening and dancing pleasure:

"Crying My Heart Out"

"A Little Respect" by Erasure 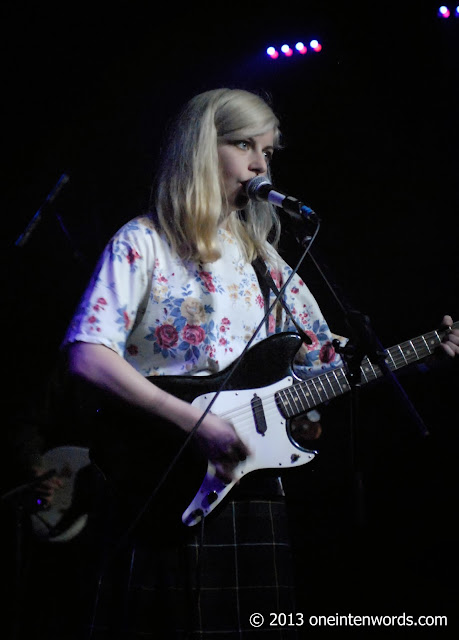 Alvvays were into their set when we arrived. They're a Toronto-based, self-described jangle pop band. To me, they sounded more powerful and self-assured than they did at The Mod Club show. Good stuff and I'd surely venture out to see them again. 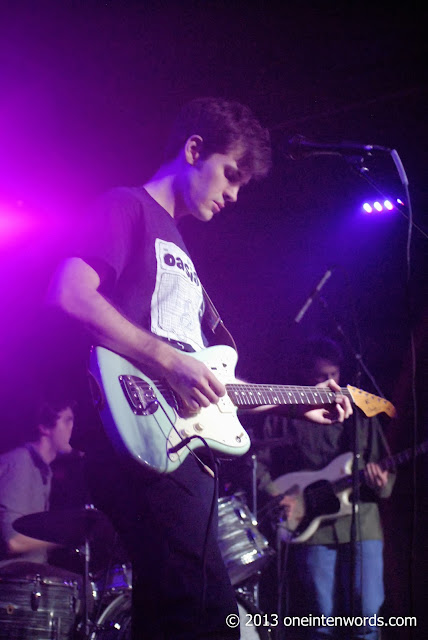 Here's their official video and another tune:

Overall, it was a great night of firsts for me: First time seeing Young Galaxy, first gig at The Hoxton and first time using a big DSLR at a show. Definitely learned a lot about the camera by making lots of mistakes. I'll get better with practice...
Tags: alvvays, concert photography, concerts, young galaxy
Newer Post Older Post Home