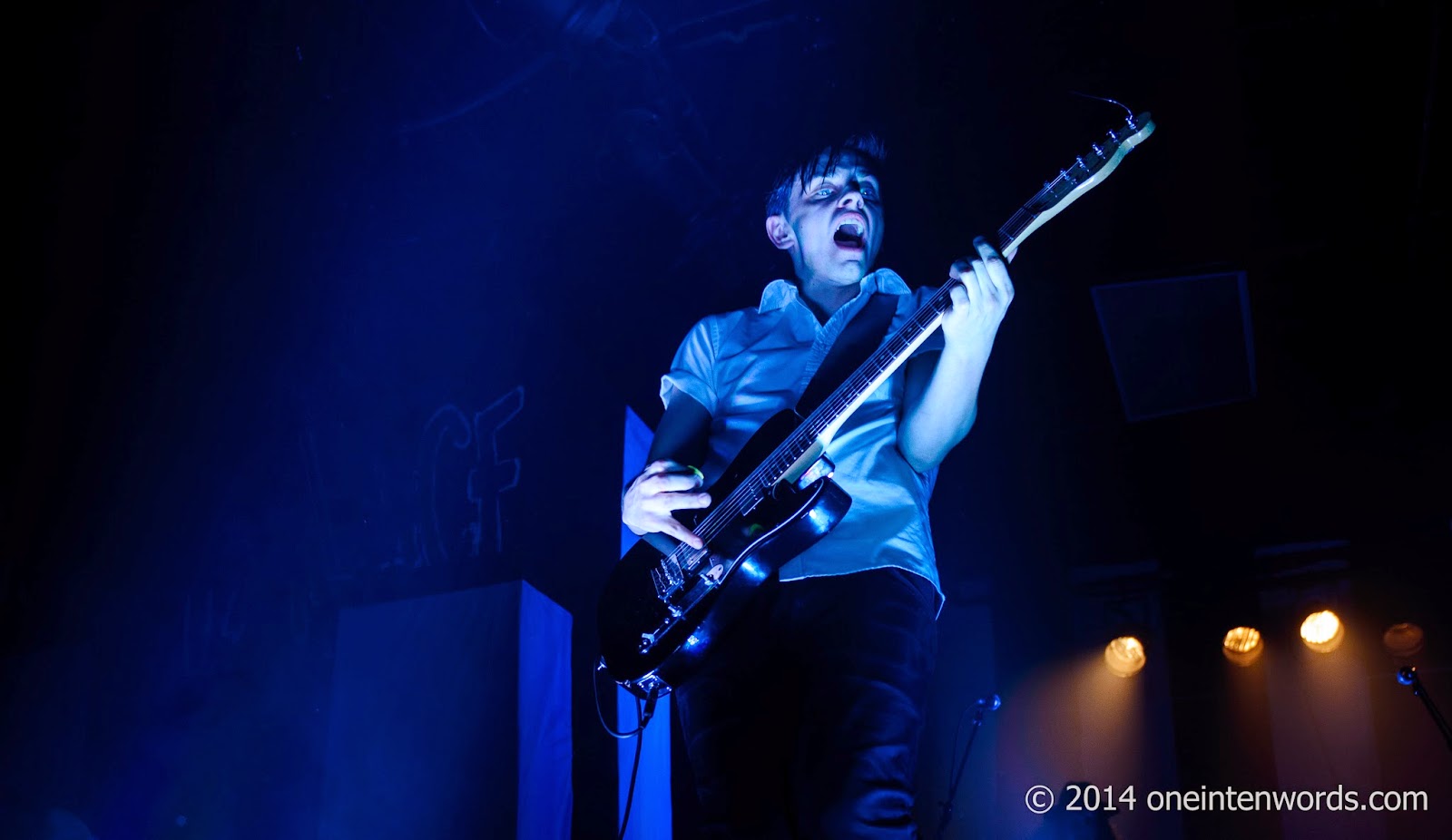 July Talk have some buzz going on. They're getting lots of not undeserved attention from the music fans of Toronto. Back in December, Toronto new music station Indie 88 got their transmitter power increased so they threw a Power Party at Lee's Palace. Stars were the headliners but they brought July Talk in to open the show. "JT" had been building their audience and show to that point but that was when they came to the awareness of a much larger audience.

This past weekend, May 2 and 3, July Talk played Lee's Palace again. This time headlining a triumphant home town double bill of sold out shows. I went to the Saturday night, May 3 show. When the crowd was asked how many were in attendance at the May 2 show, the response was surprisingly quiet. Meaning that most of the folks out for May 3 were not out for their second night of July Talk. That's a pretty sure sign that July Talk's audience continues to grow. 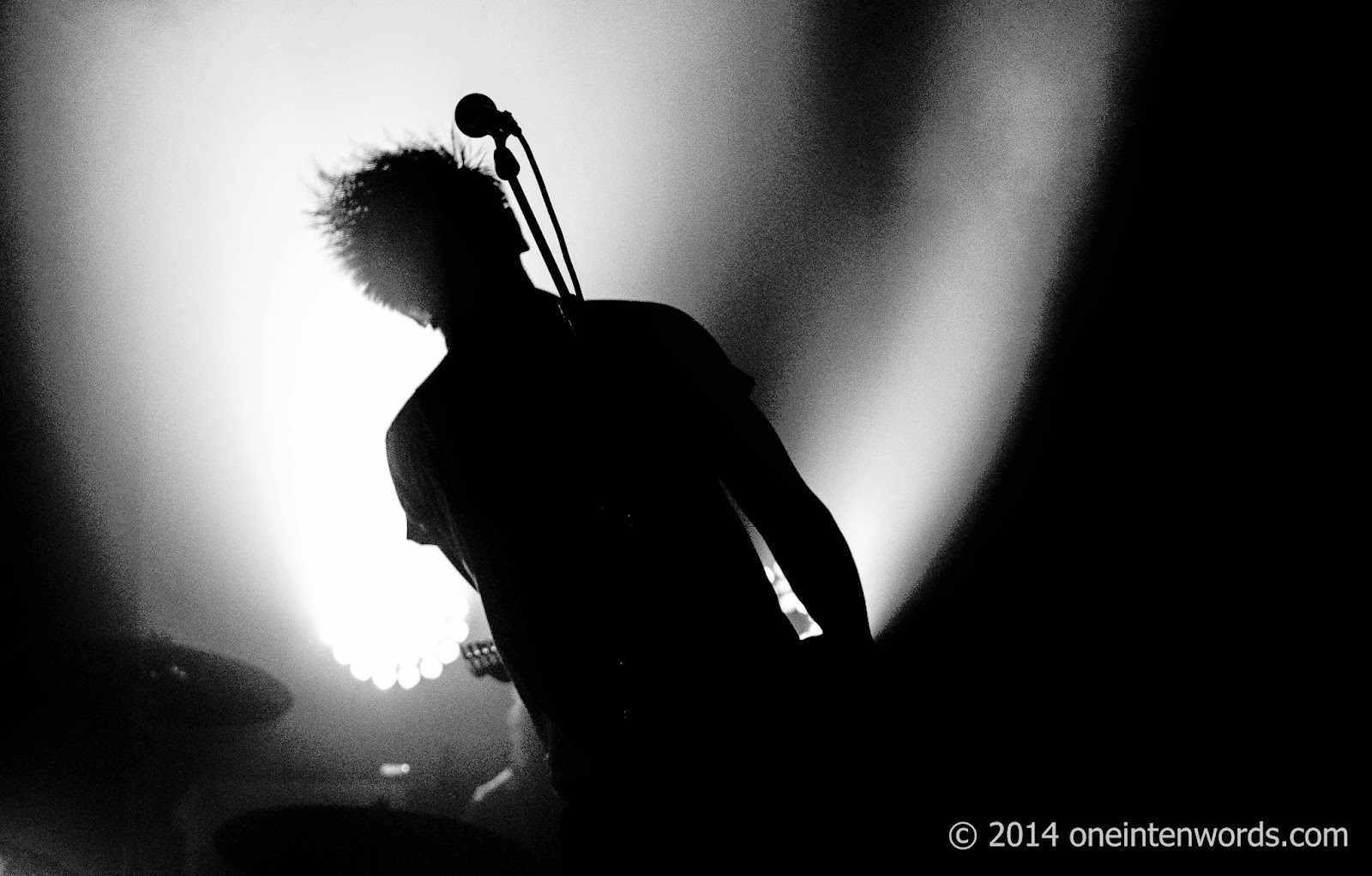 Don't get bit at a July Talk show. I think the fans might be rabid. In a good way. They're early to the show, crowding the smaller than usual floor area in front of the stage before the first band of the night had even taken the stage. Why was the floor area smaller than usual? July Talk brought their own custom stage extensions that allowed them to move right into the crowd from each side of the stage. Pretty cool.

Those stage extensions, the stage and rest of the club were decked out in stripes. The alternating black and white made for a cool look and gave us all a hint of the extra-special show we were to witness. 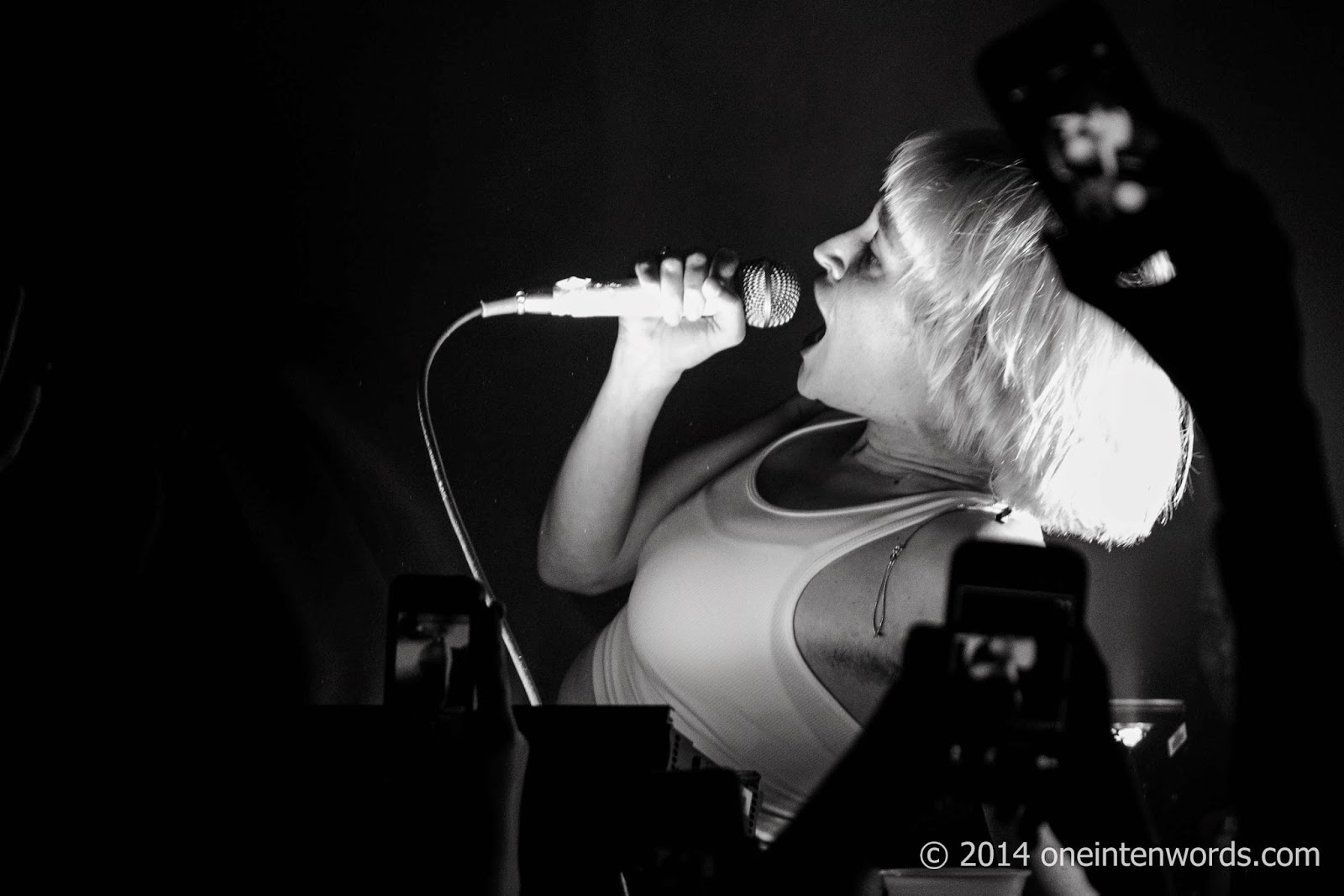 But back to the fans. They're enthusiastic, trying to get as far up front as possible. They were in high spirits, piling the front of the stage with empties. And once the band that they came to see, the merriment continued with dancing and mostly good natured front-of-stage hijinks.

But for those of you thinking of getting out of hand, watch out for singer Leah Fay. She keeps an eye on her fans, especially the smaller and less forceful ones. And she'll call you out if you're getting out of hand. Remember, folks, we're all trying to have a good time. 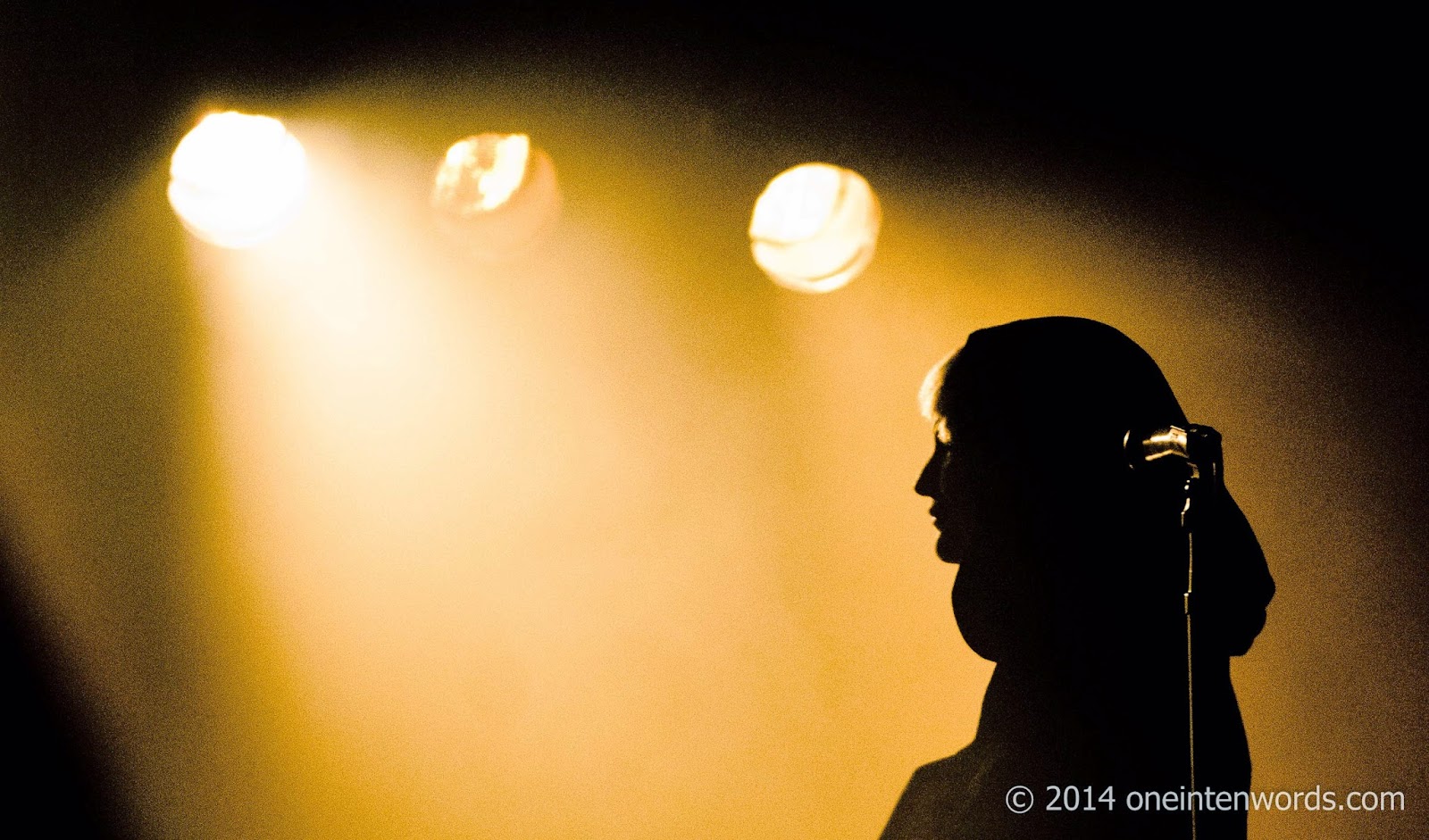 Singer Peter Dreimanis and the rest of July Talk started getting the already pumped crowd pumped up further and kicked things off with "The Garden". Over their set, they played pretty much all of their début self-titled album. There were a couple of new songs. One called "Gentleman", which was certainly not the Psy song. The other new tune, "Blood and Honey", was one they performed for the first time ever the night before. Sounds like their new album will be awesome, too. I somehow had no doubt. 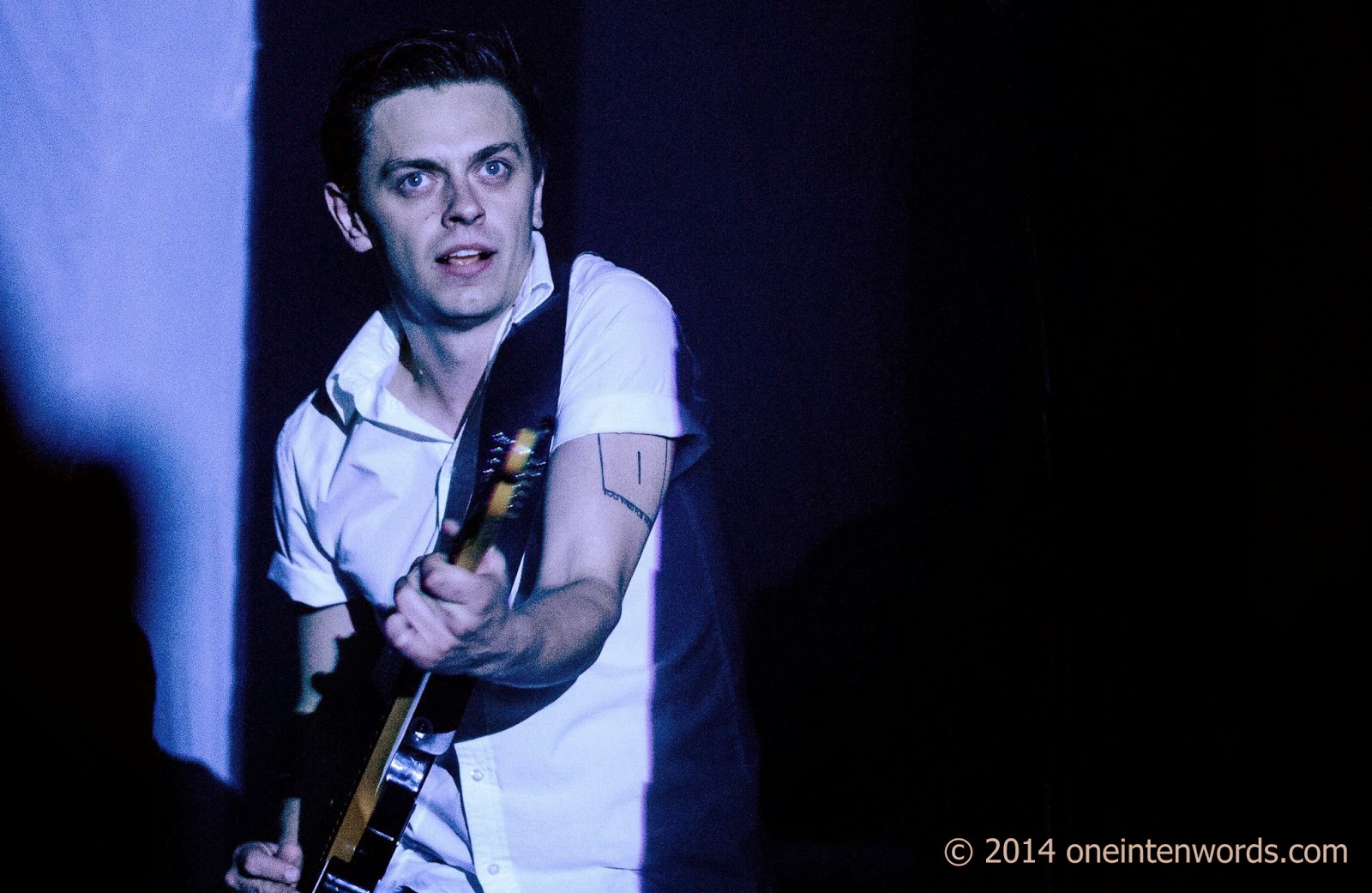 If you haven't heard July Talk before, you should really just hit play on one of the tunes below and get to forming your own opinions. Suffice it to say, they're a rootsy indie rock band with great male-female vocal interplay. Their voices couldn't be much different. One a soft, sweet voice and one that sounds like it hurts. In a good way. Their bio sums it up pretty well, too, "Imagine Tom Waits and Amy Millan shouting whiskey-soaked lullabies while backed by the members of Crazy Horse and youʼd have a good start." Yup. Pretty much.

They finished their main set with "Guns + Ammunition" and returned soon after for an encore. They finished the night in fine form as the paper airplanes started to fly during "Paper Girl". What a great show. All that was left to do was start tearing down the black and white stripes adorning Lee's. Overall, an awesome night. 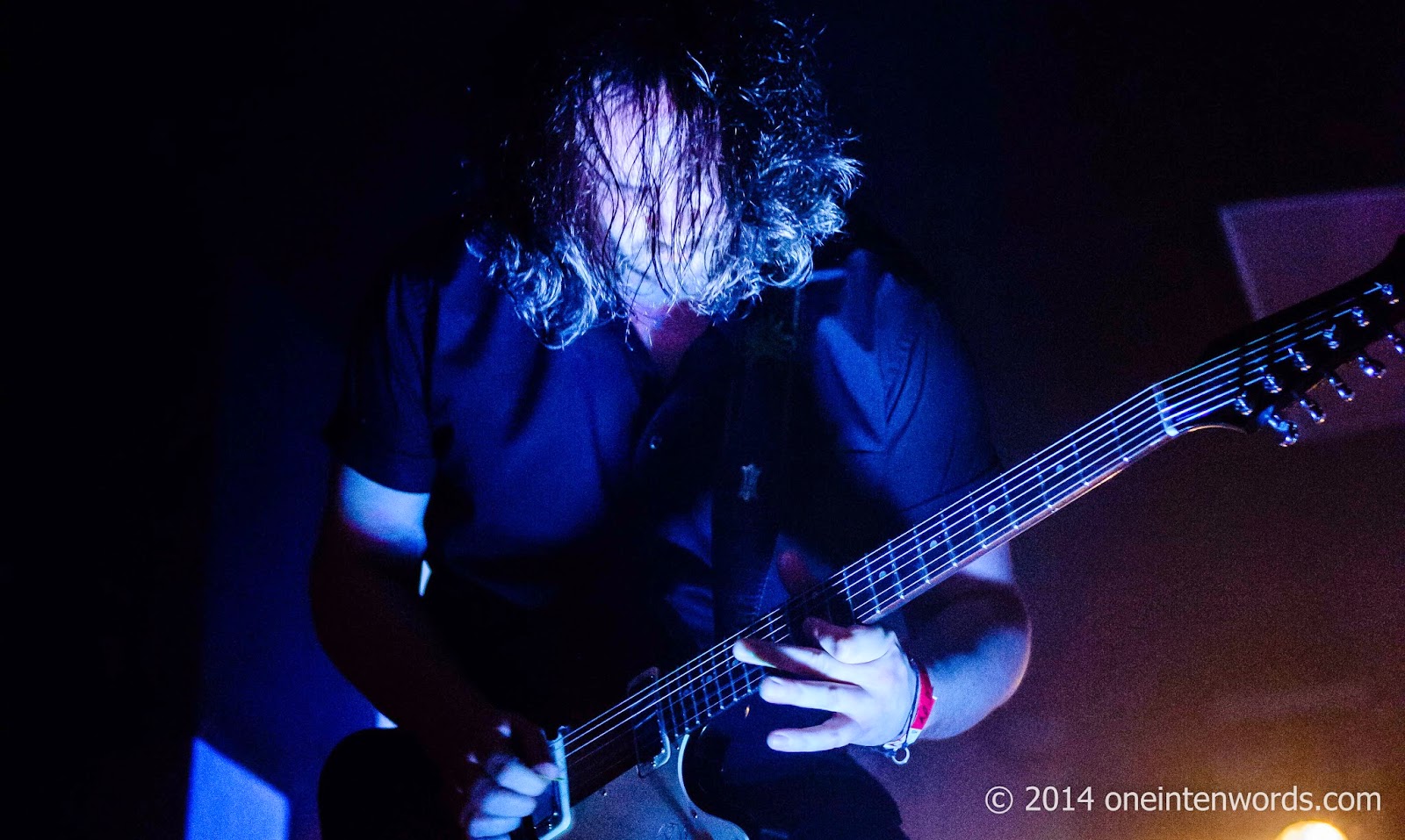 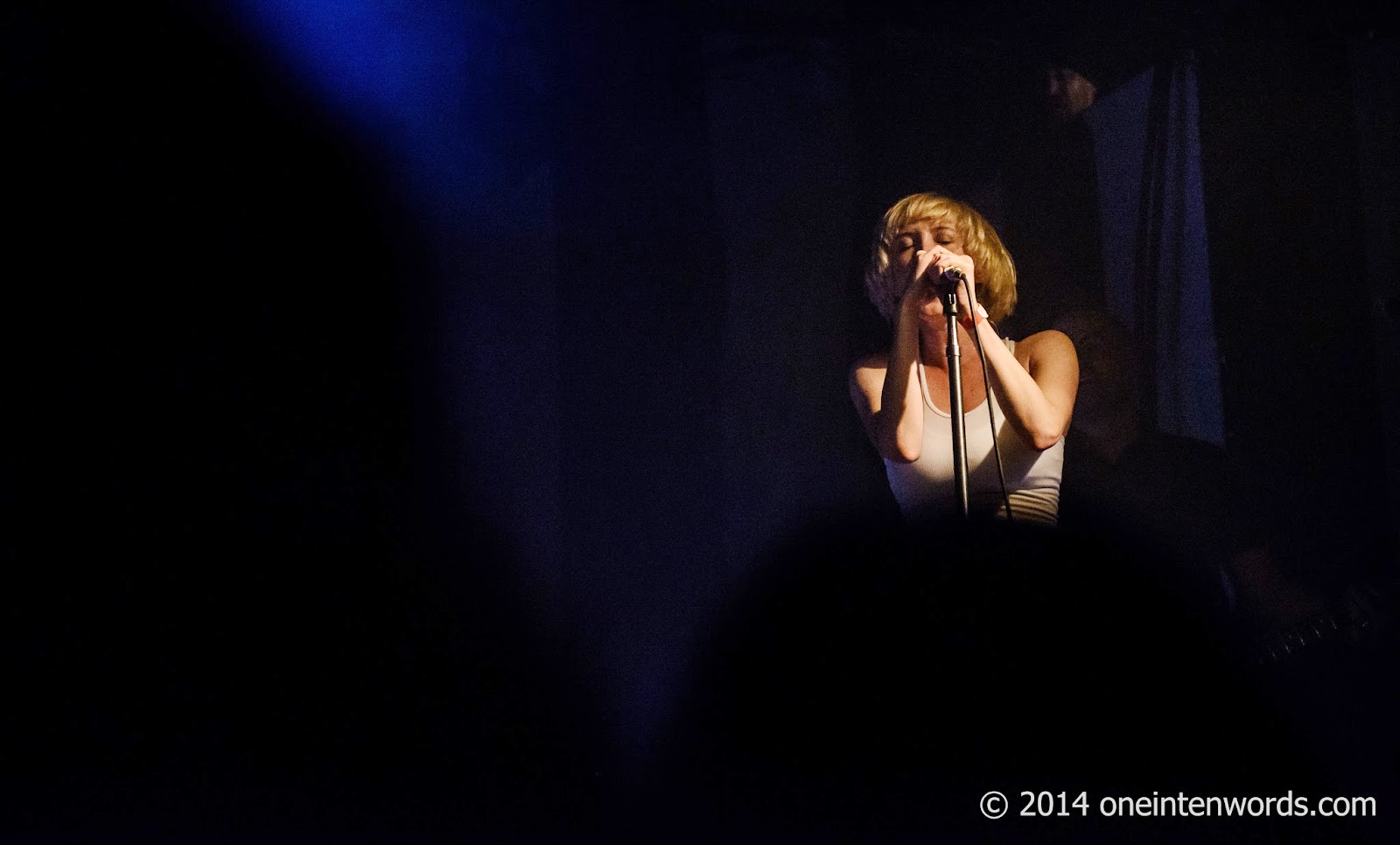