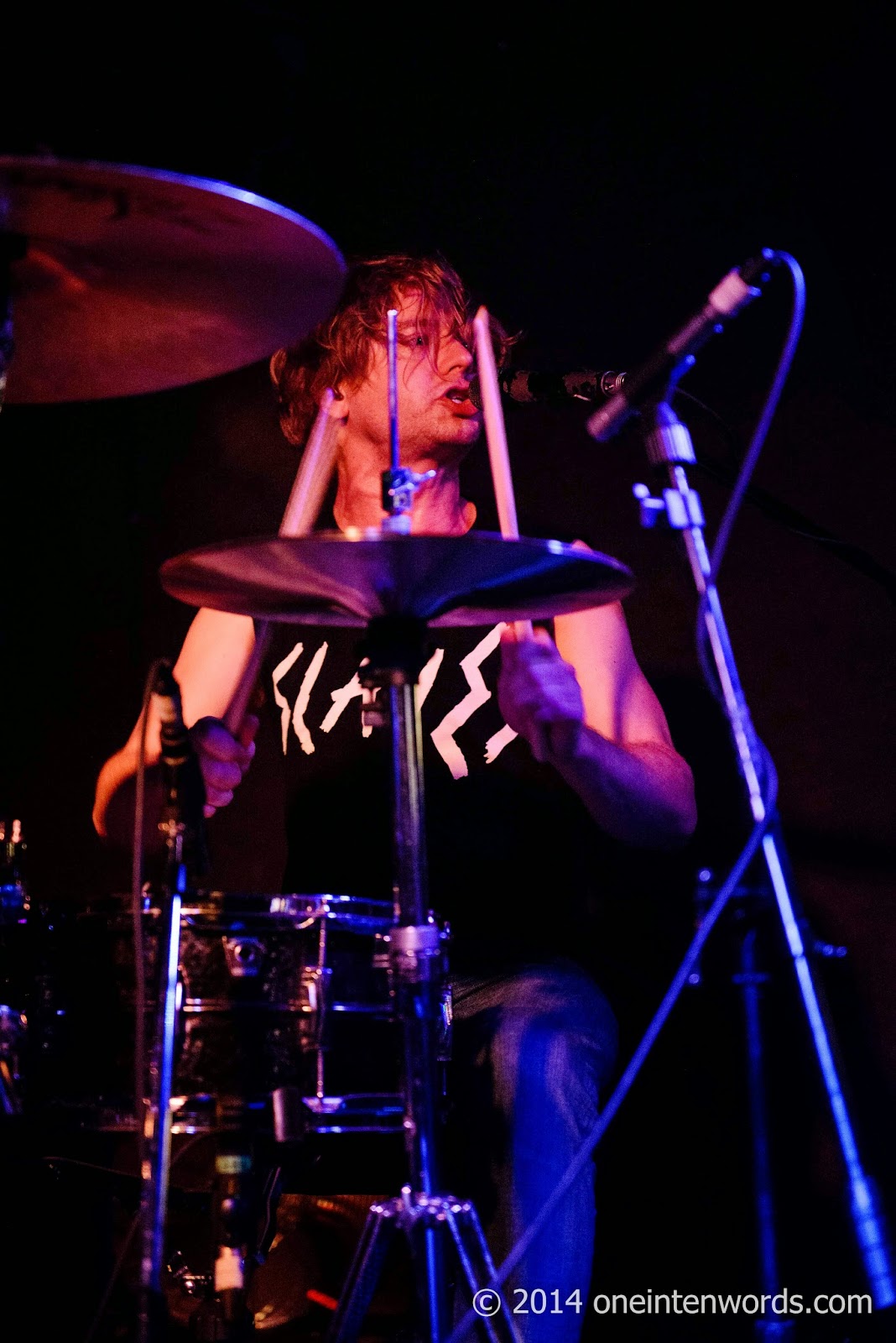 I'm glad that I don't pretend to have any objectivity or lack of bias in what I write about - I write about the music I like. Or love. And I love the music of Blood Red Shoes. A quick look at my best of lists from 2012 and 2010-2011 clearly demonstrate this. 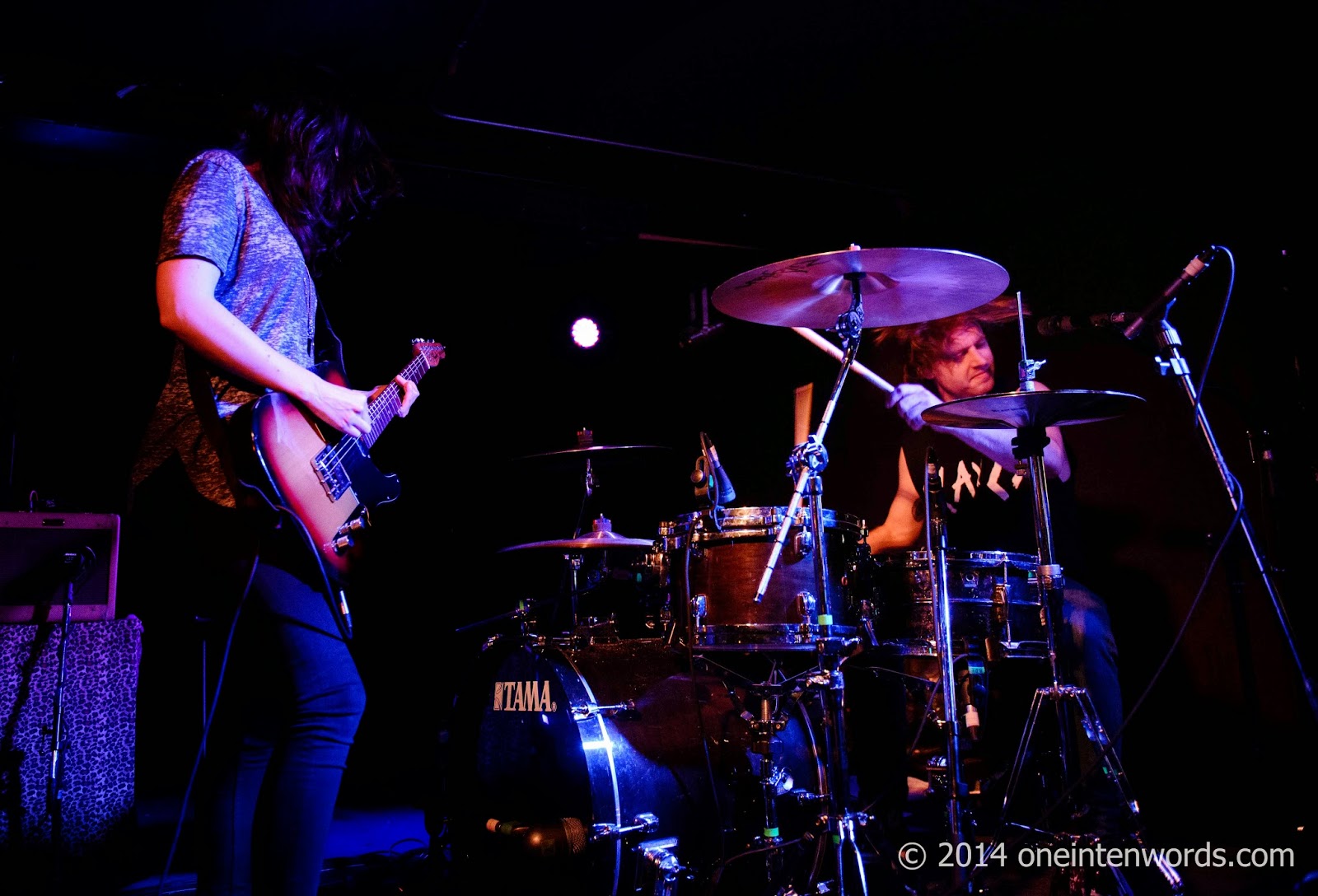 The last time they were in town they appeared at the relatively tiny Drake Underground. It was one of the first shows that I decided to take a few pictures at. A quick look at what I captured with my blackberry and then decided to post to the blog should give you a chuckle. But it set me on a path. 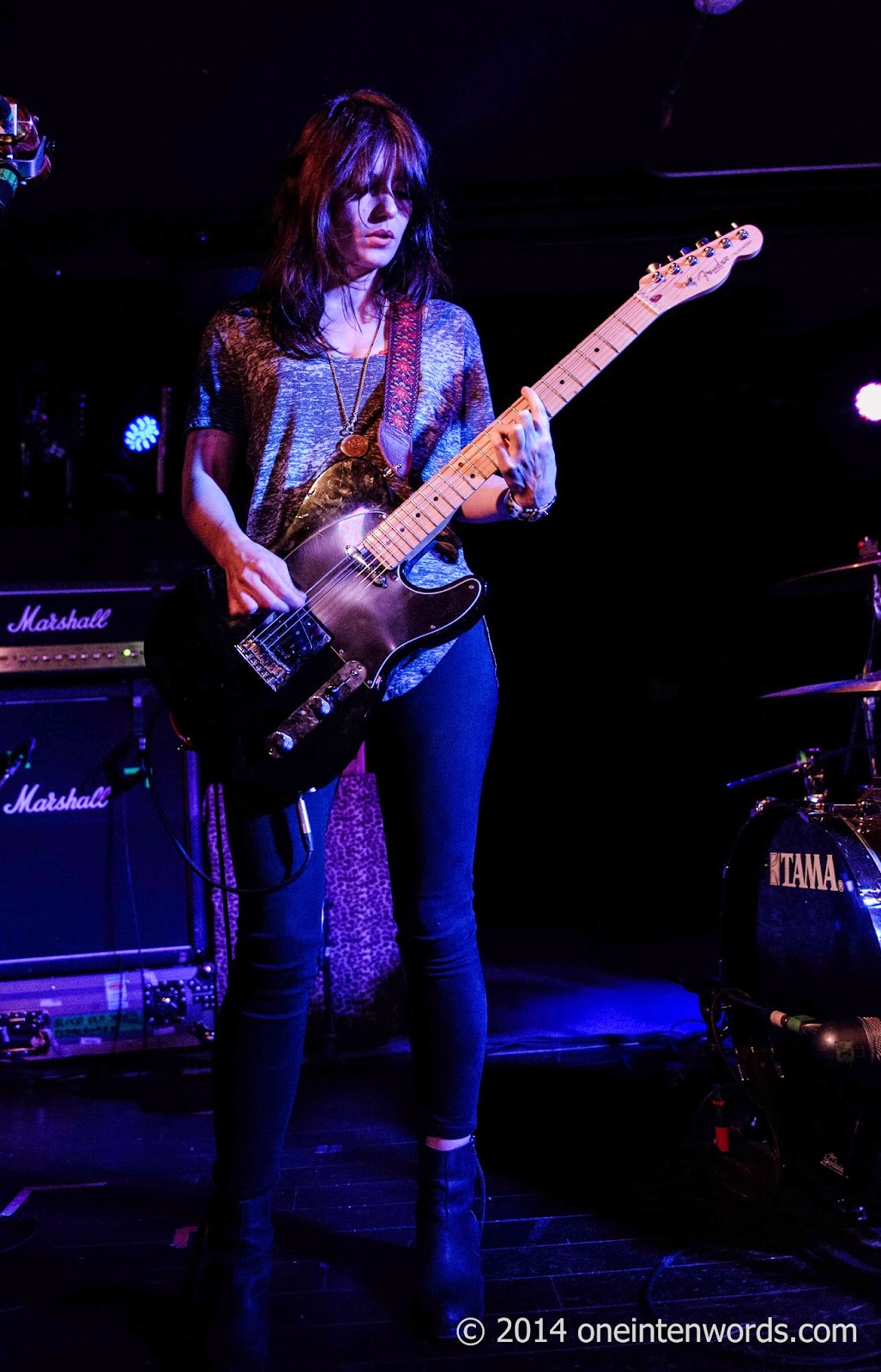 On Friday night, May 16, Blood Red Shoes played Toronto again. This time at The Garrison in support of their recently released self-titled album. This marks the only Canadian stop on their current tour and they noted that this is a shame. Hopefully they'll swing back soon with more Canadian dates. As the night progressed and many shots were consumed by both band and audience, they stated that they were having a lot of fun. Of course they were. Toronto rocks. 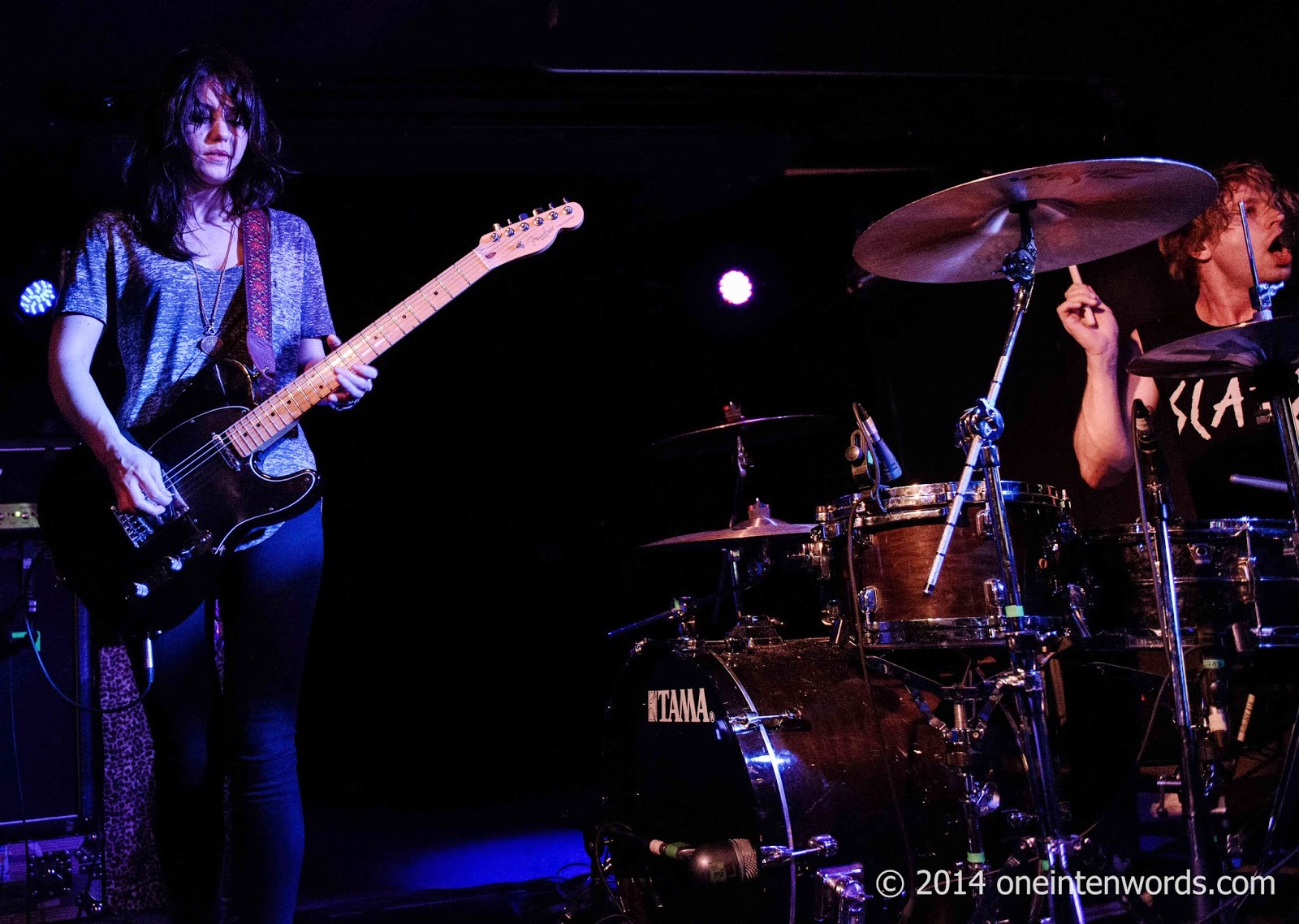 Over the relatively short time that I've been covering the Toronto concert scene, I've been surprised a few times. I've walked into clubs expecting a small audience to find the place sold out and packed with enthusiastic fans. I've walked into clubs expecting that I needed to get there early to get a spot up front and found the place more than half empty. It's always staggered me that this band doesn't fill venues five times the size of The Garrison. The songs are incredible, their show is fun, and their energy is perfection. 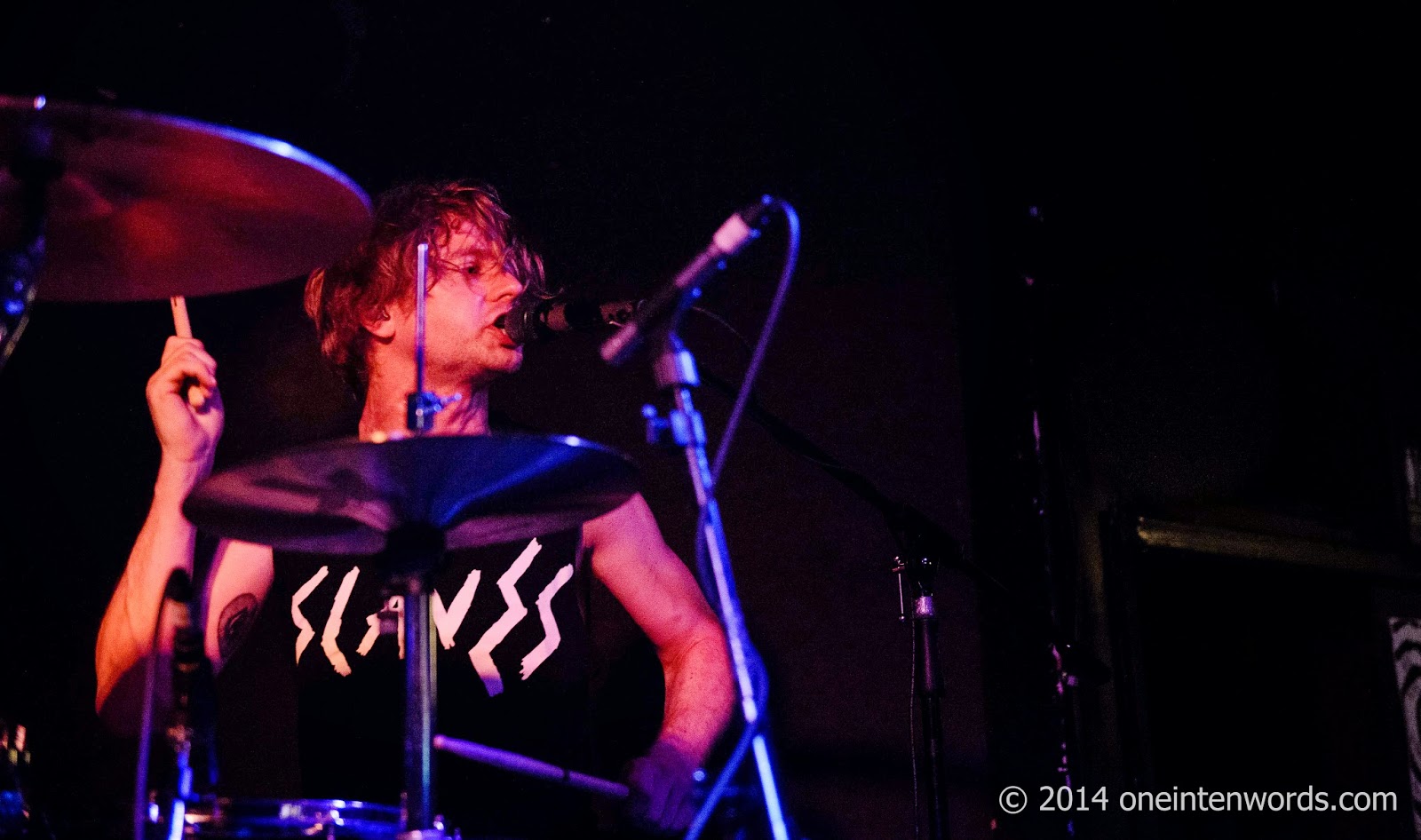 Check out some of my personal highlights of their set below and if you like what you hear, go see them live. You won't be disappointed. And if you do, bring them some poutine and mousse. They'll know why.

"I Wish I Was Someone Better" from Box of Secrets

"An Animal" from Blood Red Shoes

"Cold" from In Time To Voices

"Lost Kids" from In Time To Voices

"This is Not for You" from Box of Secrets

"Say Something, Say Anything" from Box of Secrets

"Red River" from the Water EP