The New Pornographers - Twin Cinema is 10 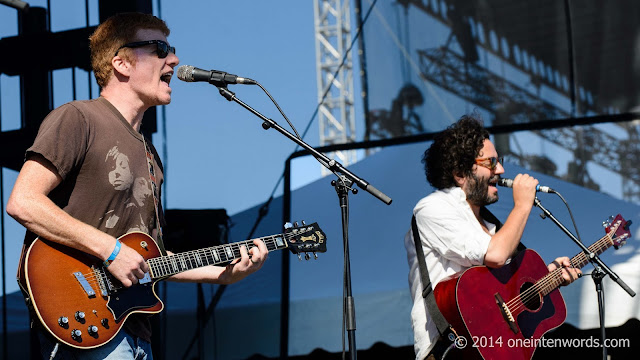 Twin Cinema is The New Pornographer's third album and it was the first one I heard from the band. I'd say it changed my life, but that's probably extreme. I was blown away by the exquisite power pop that came blaring out of my (blown) speakers when I heard this uber-solid album. This album was one of the greats of 2005 that rekindled the spark of love of new music for me. It made me reach back in the band's catalogue and has made me look forward to each release since.

I've been able to appreciate this band live on two occasions, first at The Bandshell at the Canadian National Exhibition and second at Riot Fest 2014. They are fantastic live, so my recommendation is to see them if you have the chance.

Twin Cinema celebrates its tenth birthday today and I'm taking the opportunity to say thanks to The New Pornographers for sharing such beautiful songcraft and musicianship with the world.

I love every last note on this album but I've chosen these as my favourite, favourite tunes from this album:

"These Are The Fables"