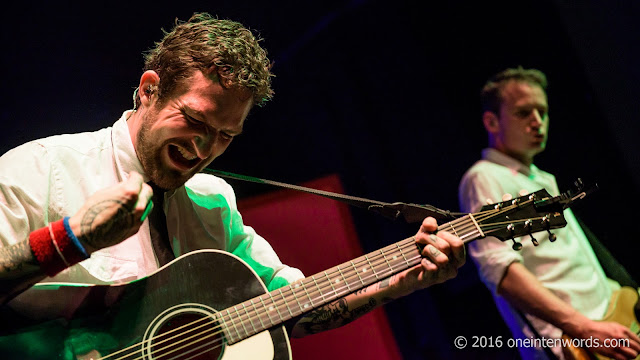 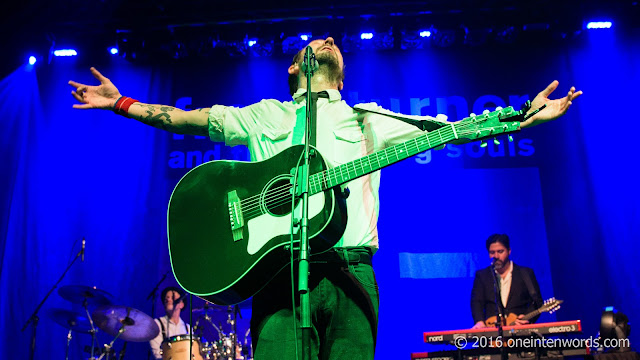 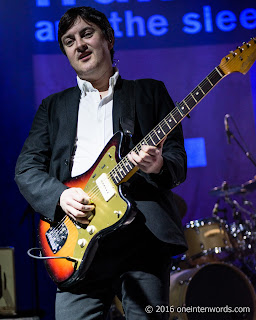 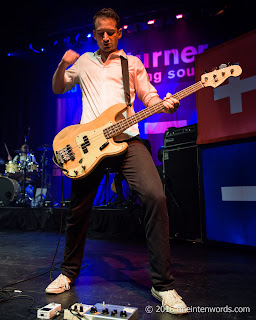 Almost exactly a year ago, Frank Turner played what was by all accounts an awesome show at The Legendary Horseshoe Tavern here in Toronto. I had a ticket and photo access all lined up. Unfortunately, illness hit and I wasn't able to catch that show, or any others, for a few months. I was pretty down about it and wrote this post. Last Friday, I had my redemption.

Towards the end of my illness, my family made me a "Not Dead Yet" t-shirt because the official ones were all sold out and it kind of fit with my recovery. Sadly, I forgot to wear it to this show. Maybe it wasn't a good idea since it is, after all, unofficial merchandise. Something tells me Frank would be okay with it, though.

I'd seen Frank before, when he played at The Toronto Urban Roots Festival, TURF, back in 2013. Ever since then, I'd known that I would take any opportunity to see a Frank Turner performance and I am kicking myself a little that I didn't make the trek to some of his solo shows in Ontario earlier this winter. 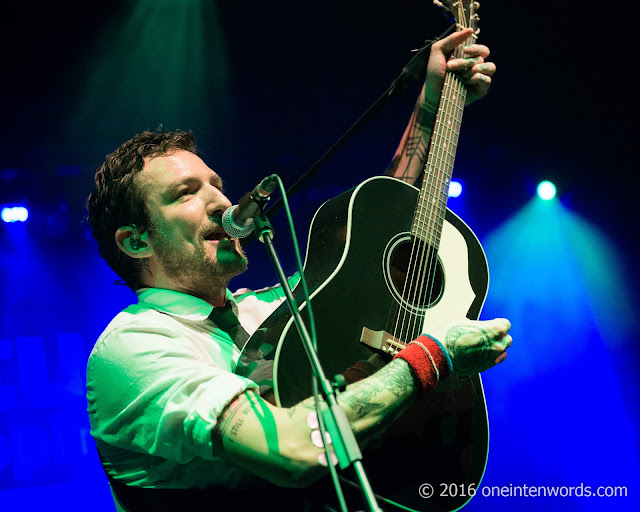 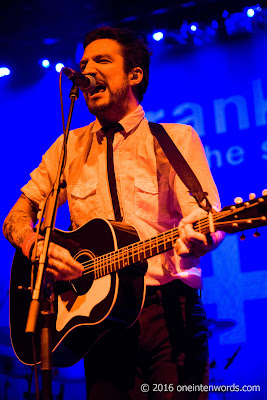 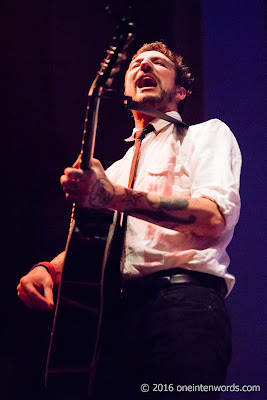 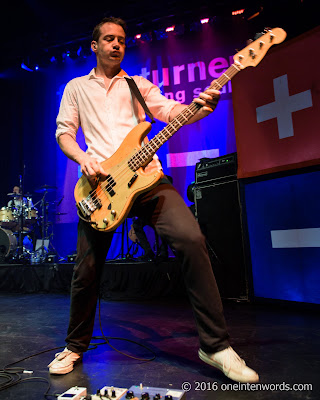 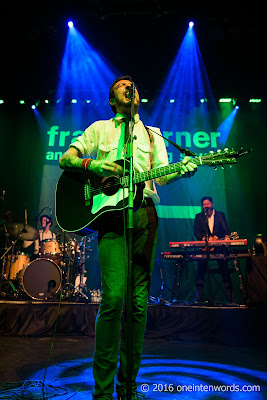 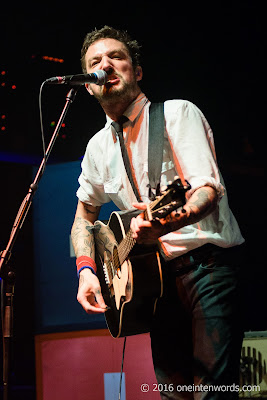 This show on March 11 at The Danforth Music Hall (show number 1854 if you're keeping track) was everything I could have hoped for. An amazing setlist, a crowd filled with enthusiastic groups of fans who knew every word and sang them in each others' faces while they swayed arm in arm and danced, the appearance of the tour flag, the birthday girl, Siobhan, who was crowdsurfed around the entire floor of the Danforth Music Hall to the strains of "Recovery", and a band in rare form.

Highlights of the show for me were "Losing Days", the impromptu cover of Motörhead's "Ace of Spades" that they claim is not planned but keeps happening, "Josephine", "The Way I Tend to Be", my favourite atheist anthem "Glory Hallelujah", "Recovery", and the last three songs of the main set that couldn't have been better as far as I'm concerned, "Photosynthesis", "Plain Sailing Weather", and "Get Better". We were told to jump for Bowie during "Polaroid Picture" and Frank slipped a Weakerthans reference into "Reasons Not To Be An Idiot".

The encore consisted of "The Real Damage", "Tell Tale Signs", "I Still Believe" and "Four Simple Words". All amazing. What a great night of feel-good music. It felt like a triumphant return, a shot of joy and empowerment, that was just what my body and soul needed. 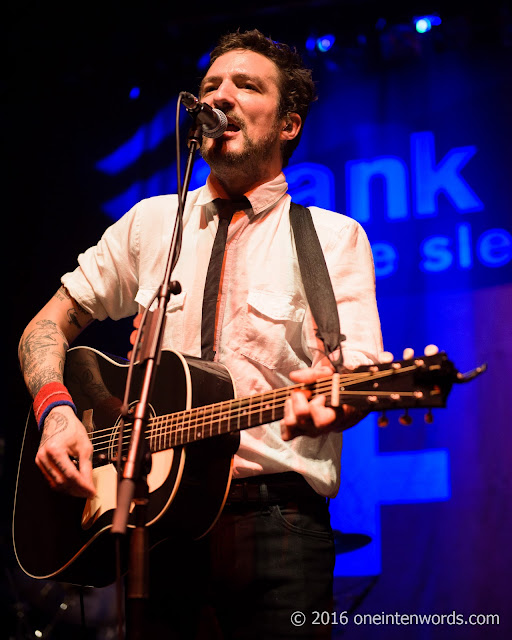 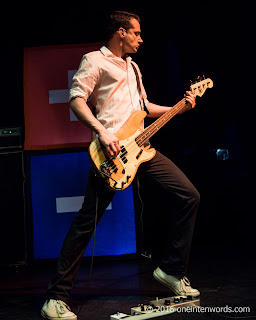 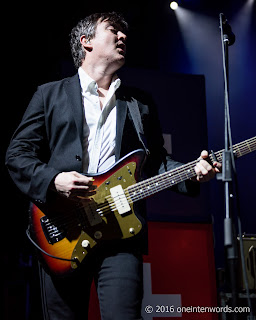 Truthfully, every one of Frank's tunes is a highlight, but here are my favourite picks from their incredible setlist.

"If I Ever Stray"

"The Ballad Of Me & My Friends"

"Reasons Not To Be An Idiot" 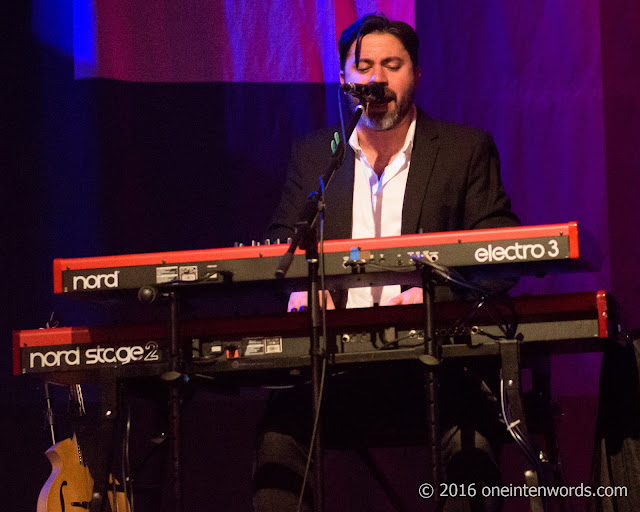 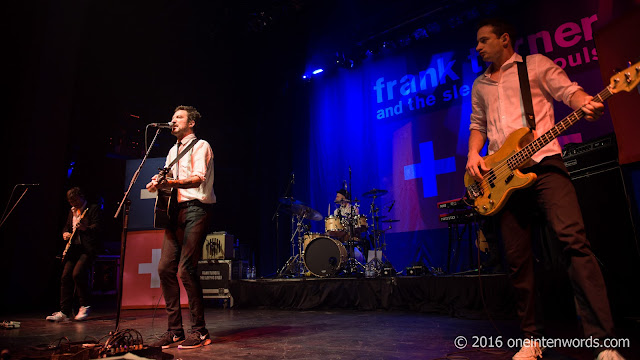