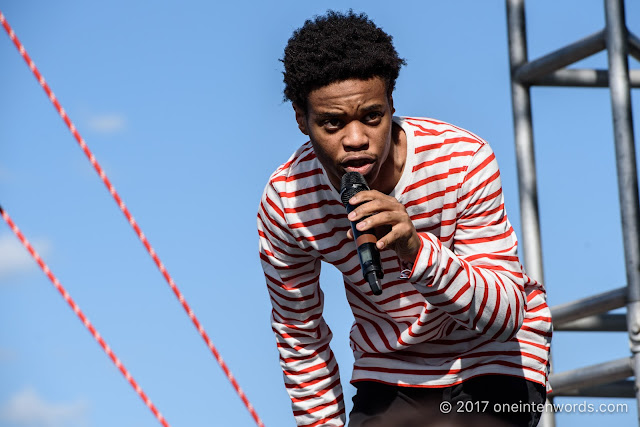 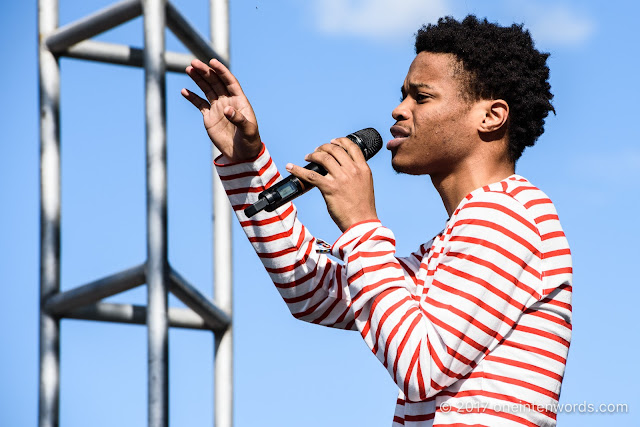 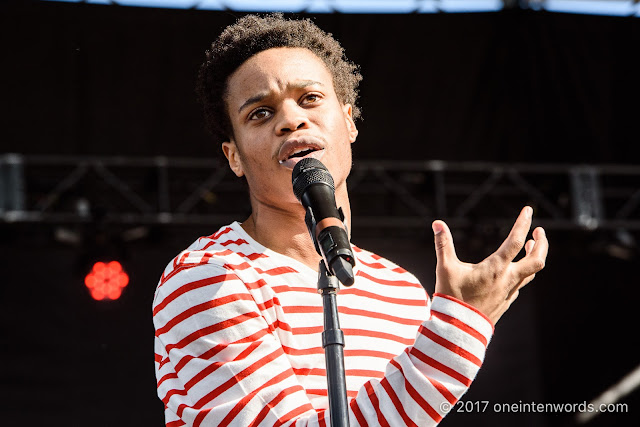 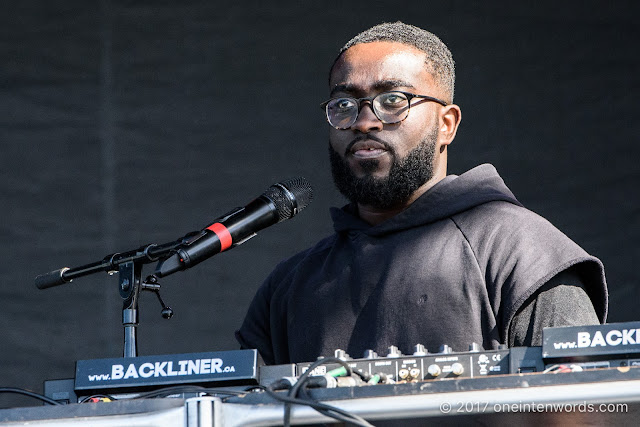 John River gets compared to Drake, and I guess every Toronto rapper must, but he's so much better in my humble, and certainly not expert, opinion.

Previous to this appearance on the Portlands NXNE 2017 stage, I saw John perform on the smallest stage at Riverfest Elora. My shots from that show are here. At that point, I wrote, "He's poised to change the world with his positive message and music" and I stand by that opinion.

His songs are laden with heavy messages that long to be listened to, thought about, discussed, taken to heart and turned into positive action. John River is a rapper who's trying to change the world, not posing for a lifestyle. The term poet definitely applies to John River.