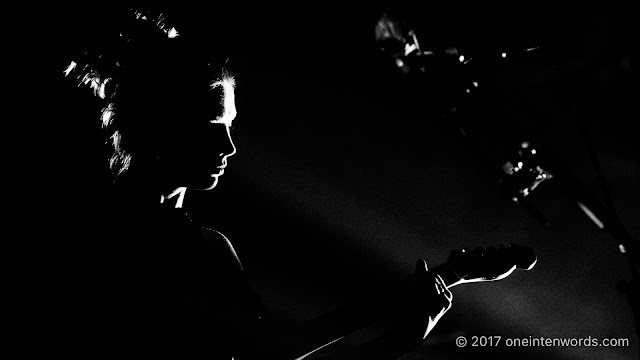 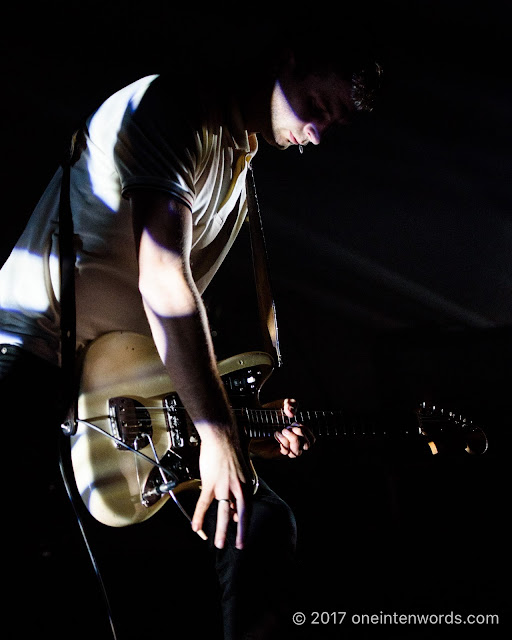 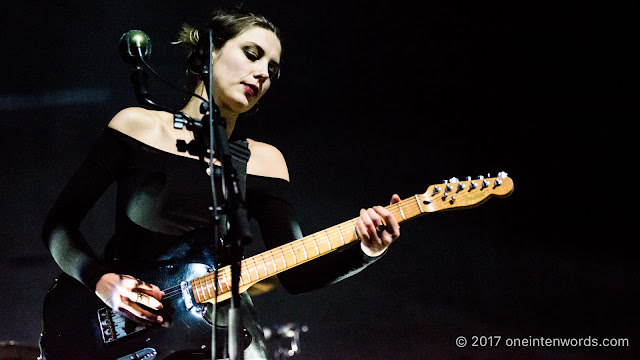 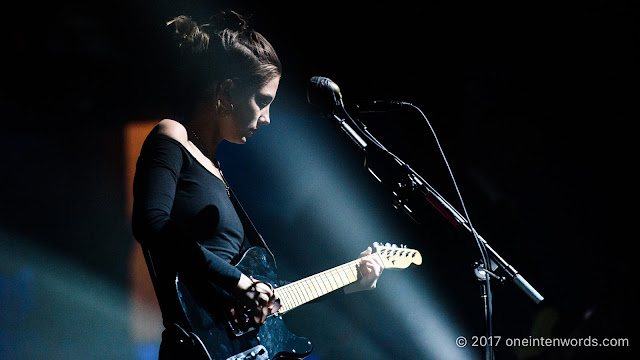 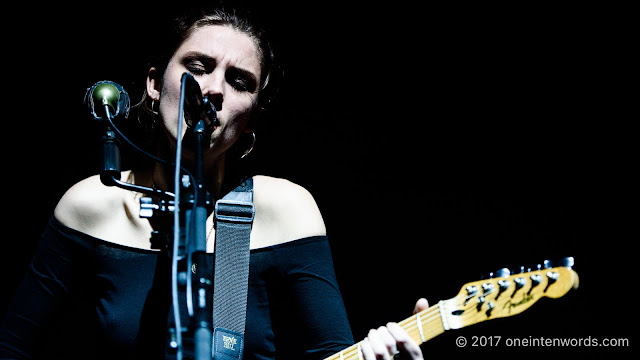 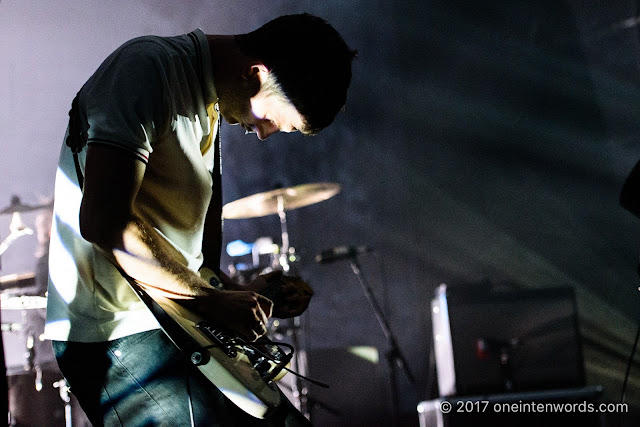 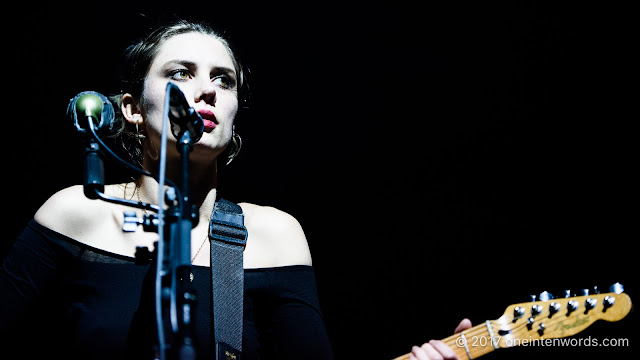 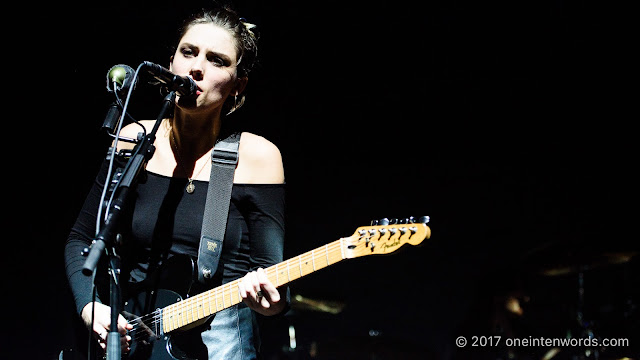 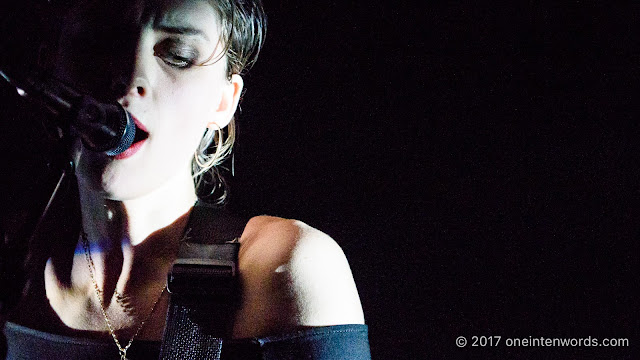 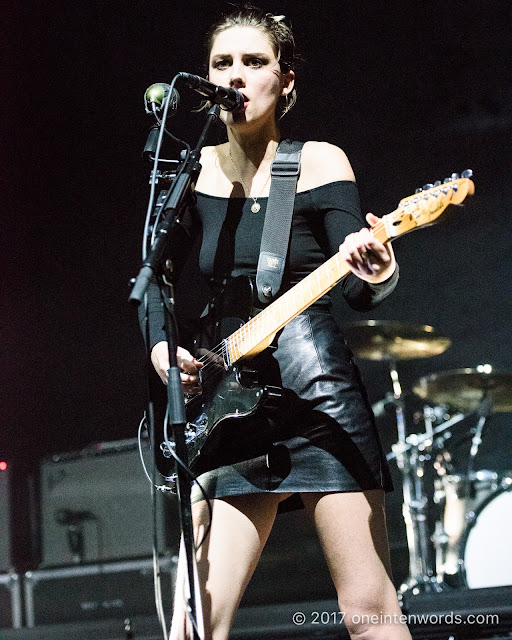 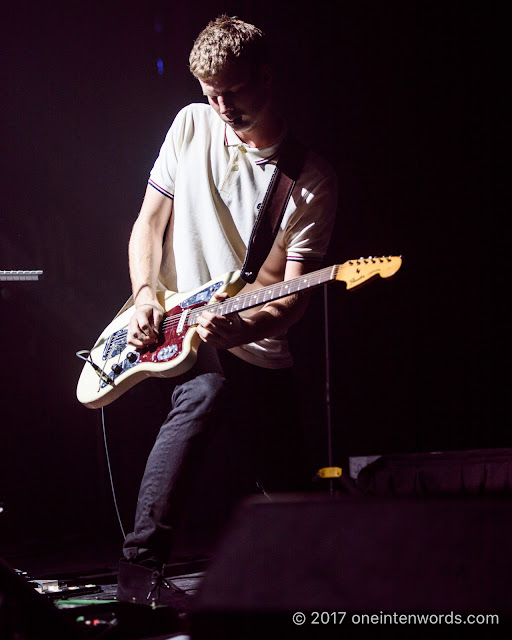 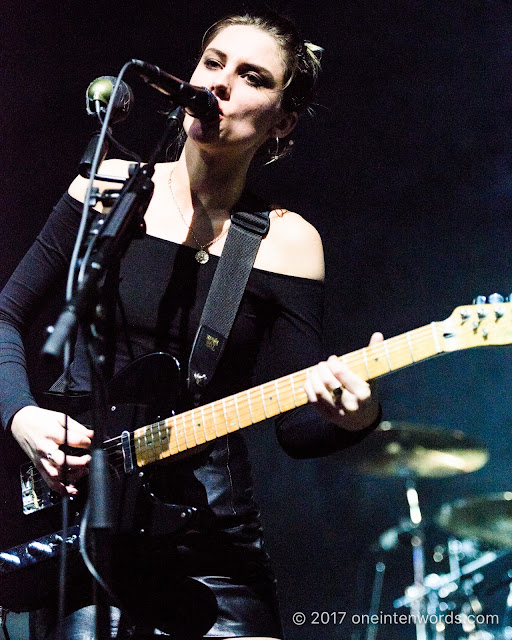 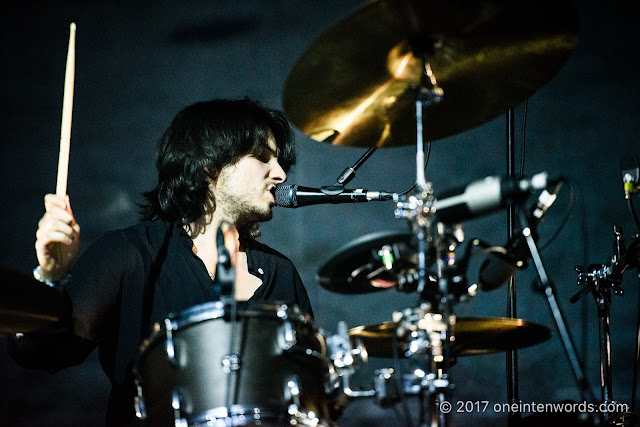 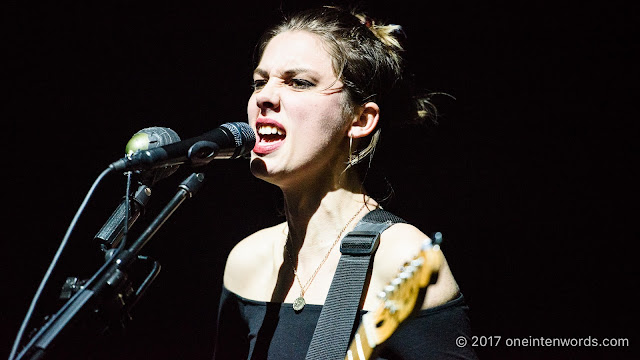 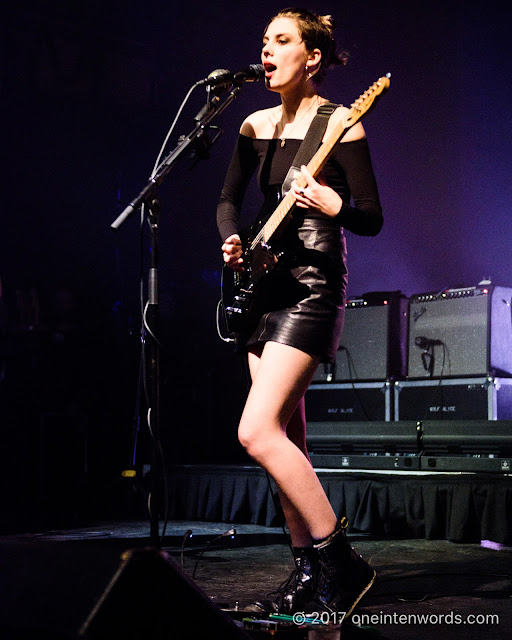 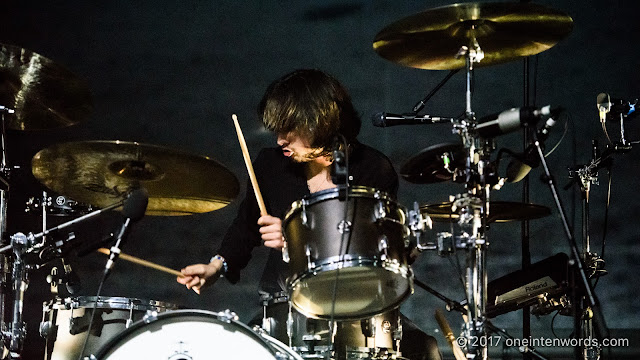 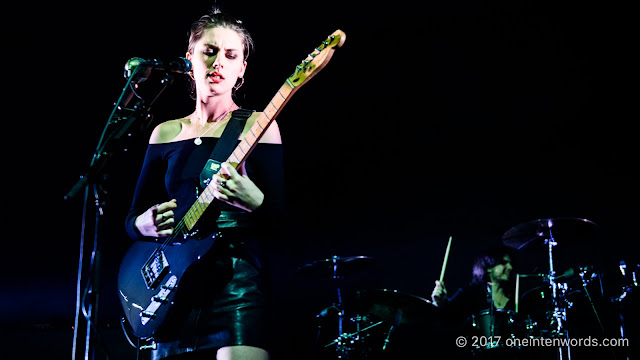 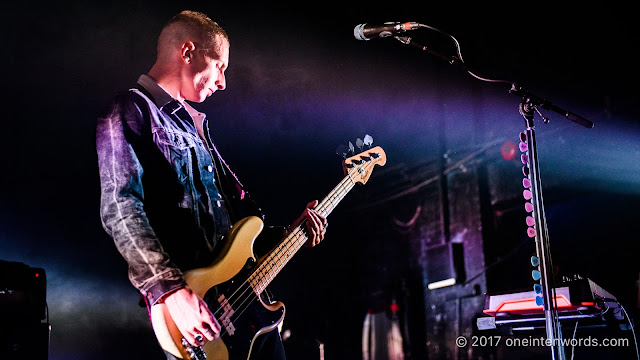 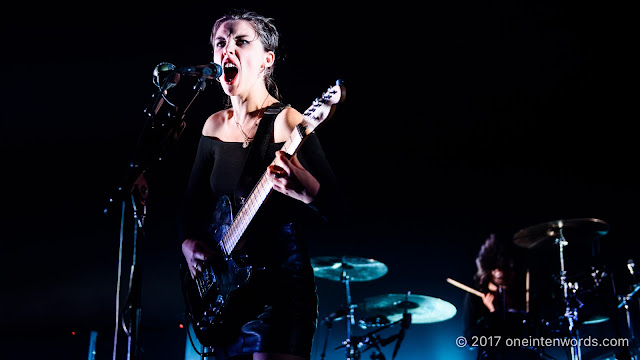 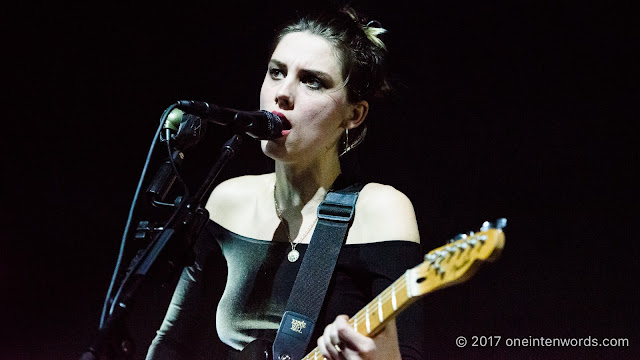 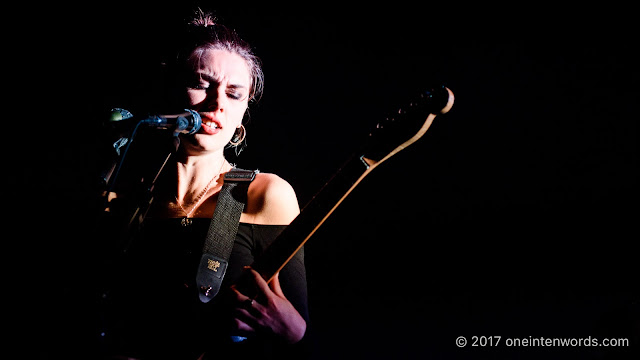 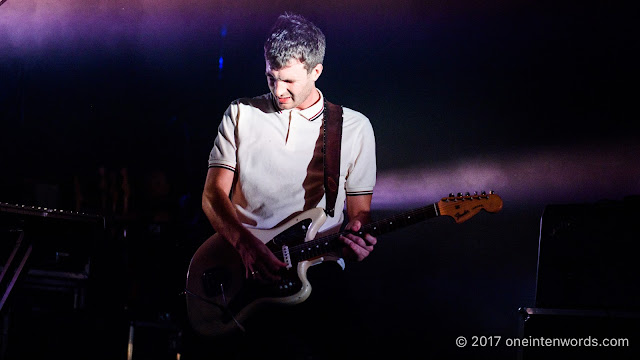 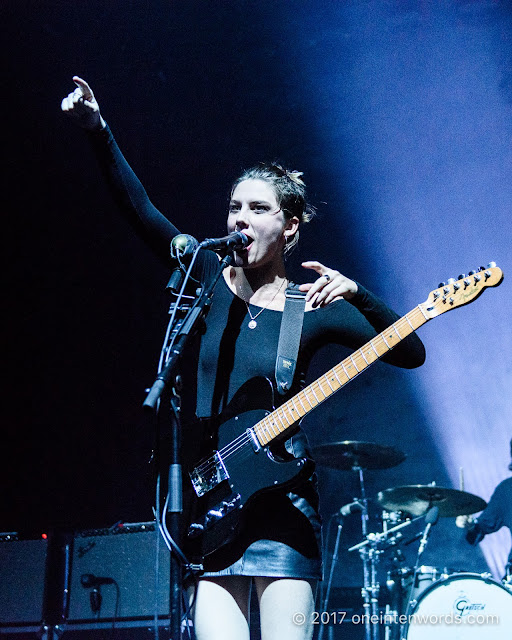 It’s so cool to see a great band achieve a bigger and bigger following and use their talent to evolve their sound.

I first saw Wolf Alice at The Drake Underground. Bassist Theo Ellis commented on that show and said there were about five people there. He might have been exaggerating because I can name more than five people who were there along with me. At the time of that show I wrote, "One day in the not-too-distant future, it's going to seem remarkable that those of us in attendance got to see this up-and-coming band play in such an intimate venue." Now I'm happy to say that it's true, I was lucky to see the band's Toronto debut.

Next time they visited our fair city, they played the slightly bigger and definitely more crowded Adelaide Hall for a sold-out show. By the end of 2015, they were at The Phoenix Concert Theatre. Onwards and upwards, as they say.

Click through on the venue names above to check out my photos from the three previous Wolf Alice Toronto shows.

This time, the London band, now touring to support their second album Visions of a Life, were on stage at a sold-out Danforth Music Hall for their biggest-yet Toronto show. Once again, I was privileged to get to capture the show.

It's been two years since the last time I saw them live and the time has reflected in a matured yet emotionally-connected and wonderful-as-ever sound for the band. Ellie Rowsell continues to develop as a charismatic and eminently likeable centre-stage focal point. The rest of the band continue to evolve in the power and dynamics they bring. When the band started they were definitely alternative rock with a strong grunge influence. As they’ve grown, they’ve branched out in a truly unique way. It’s wonderful when you get a band where all genre comparisons are completely inadequate. Wolf Alice play Wolf Alice music.

I'm not sure if it's because of the issues faced with Joff Oddie's pedalboard that held up the start of the show, but he seemed a little unhinged in his delivery, especially during "Planet Hunter". The atmospheric groans and wails unleashed from his instrument and amps take the songs to the next level. This tour finds Ellie forgoing the guitar and stepping up the the stage edge, and even onto the edge of the barricade, for some songs.

Wolf Alice have really done it again with a fantastic album in Visions of a Life that marks continued growth for this amazingly talented band. They continue to be one of my favourite bands, with songs and an album that will certainly have a prominent place on my year-end lists, and I will continue to follow their growth and wish them all the success in the world.

If you get the chance, go see them live. That's where they truly excel. Their tour continues, so hopefully you'll have the chance. In the meantime, here are some highlights from their amazing set.

First song of the encore, "Blush"