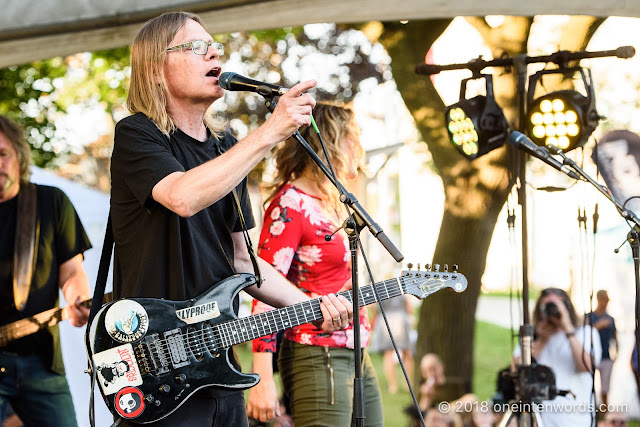 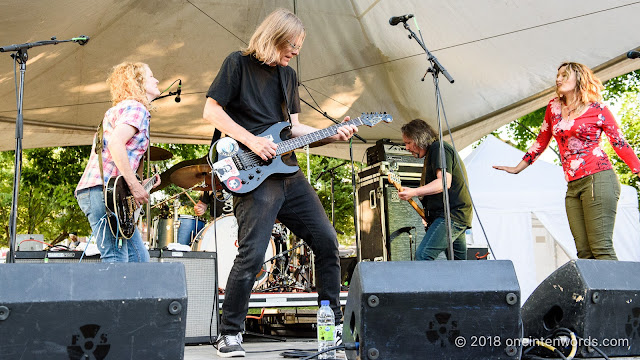 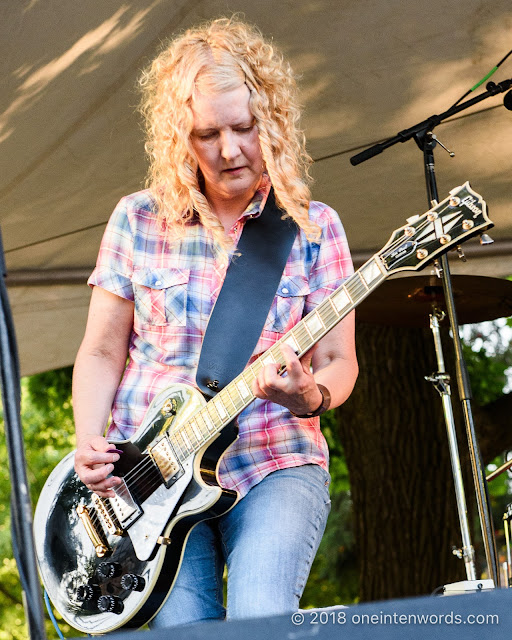 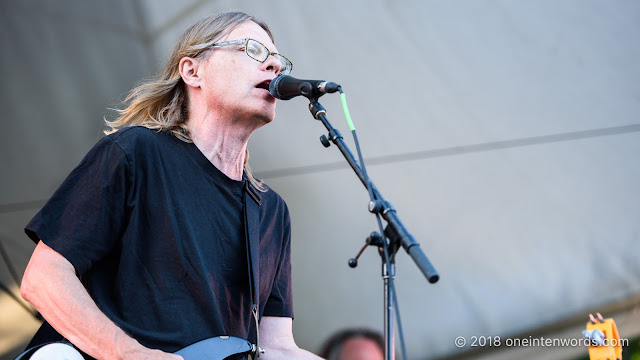 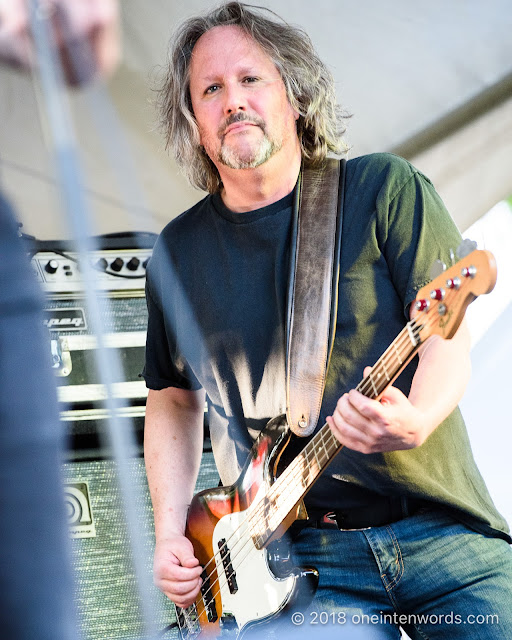 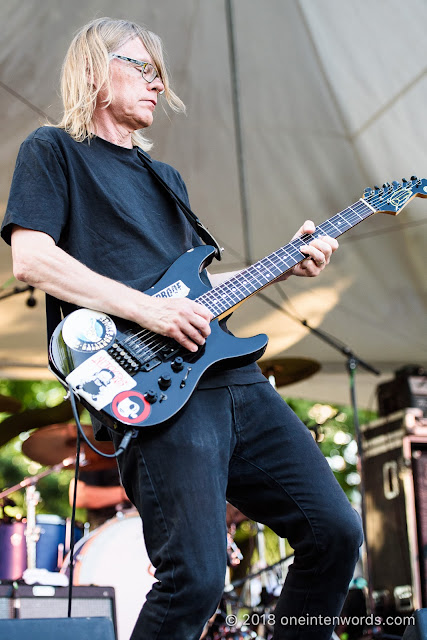 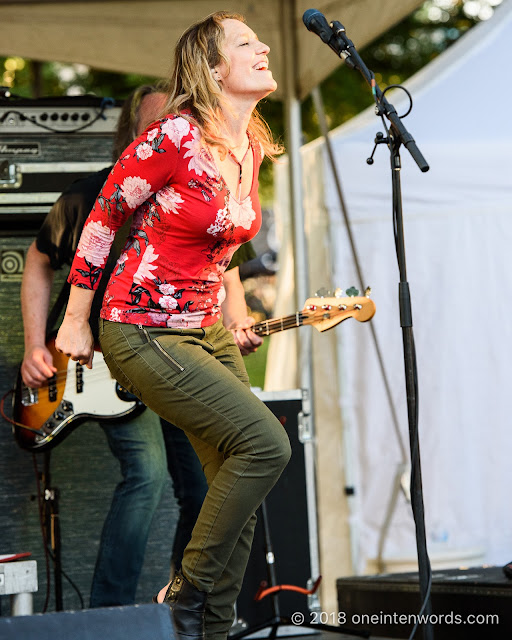 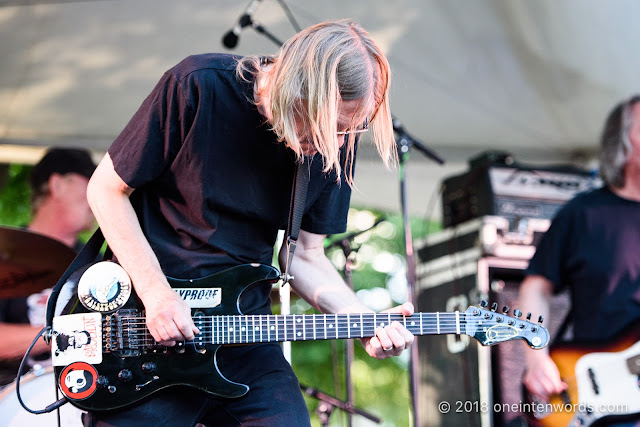 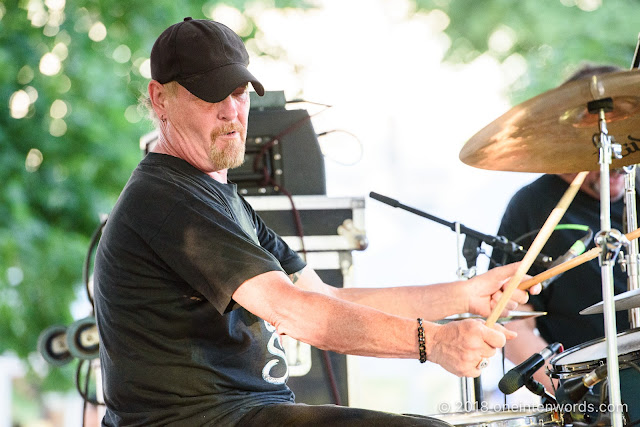 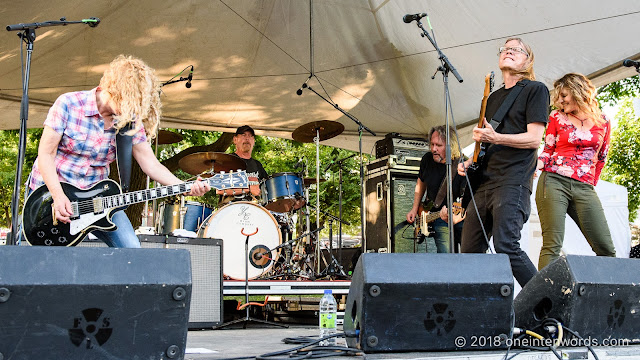 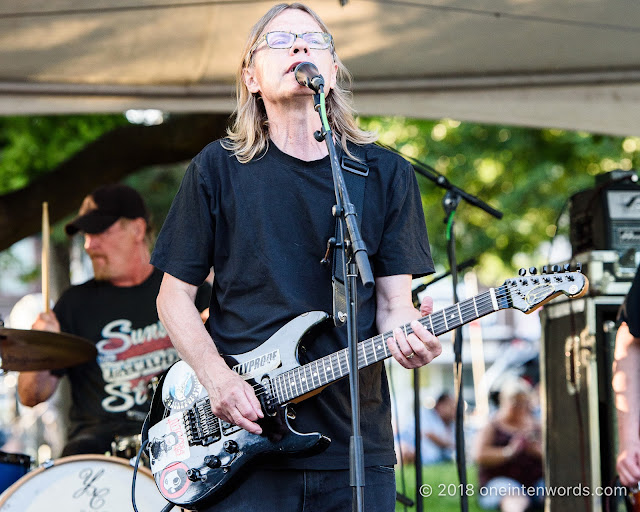 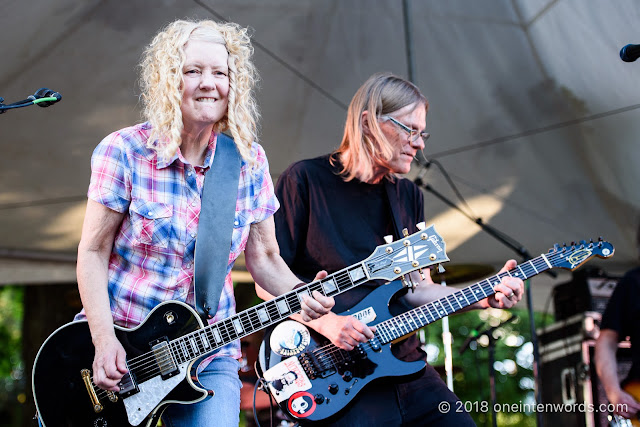 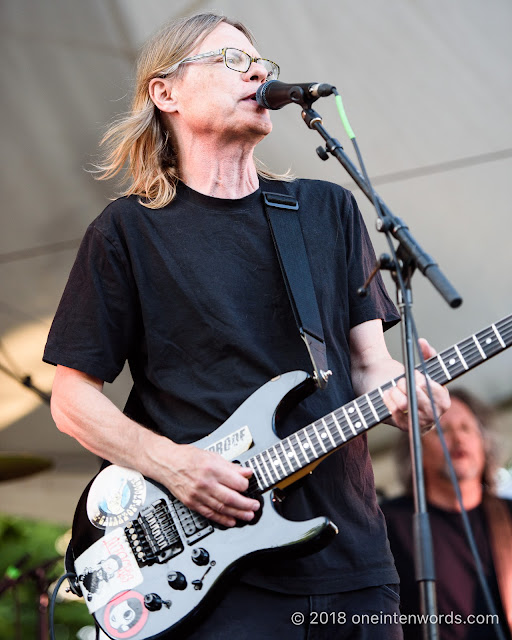 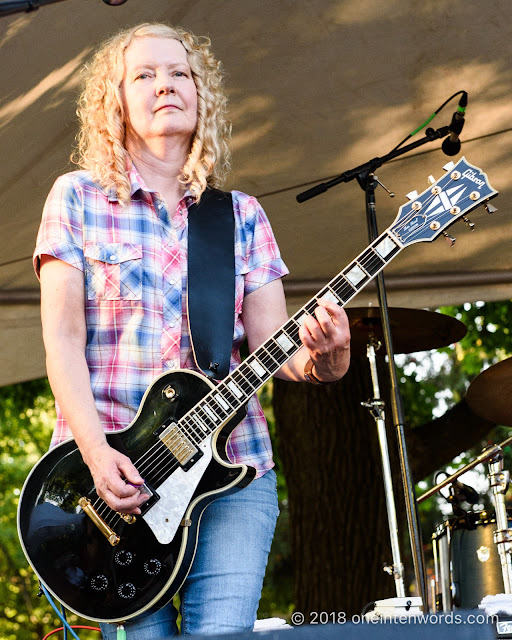 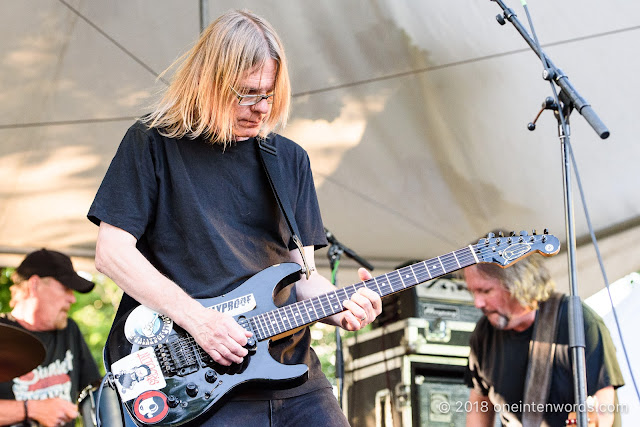 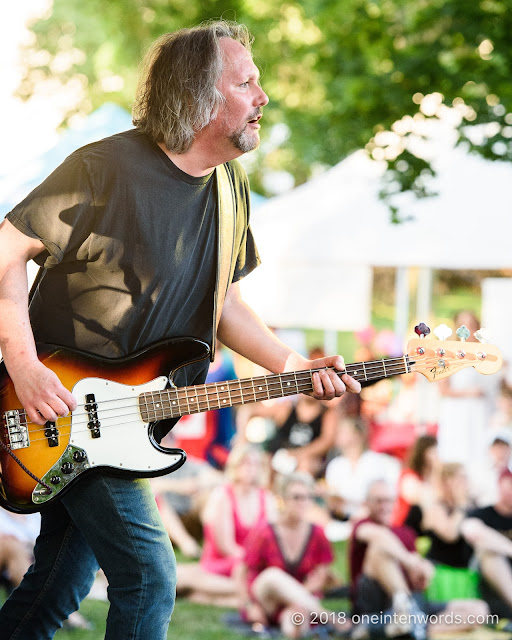 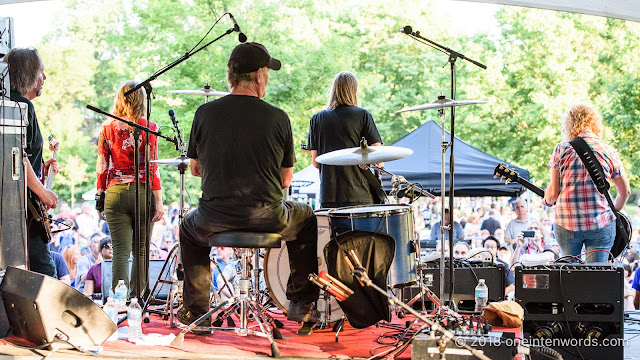 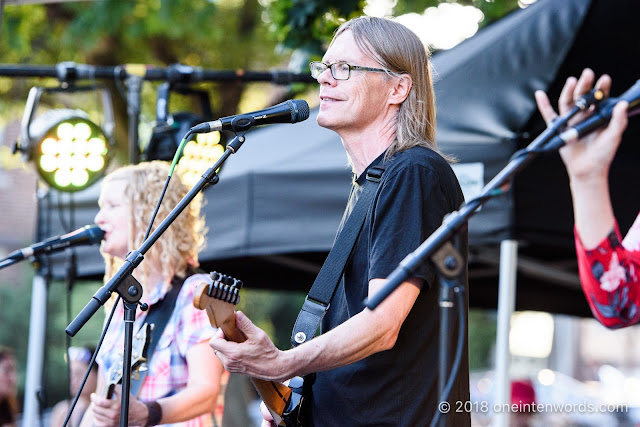 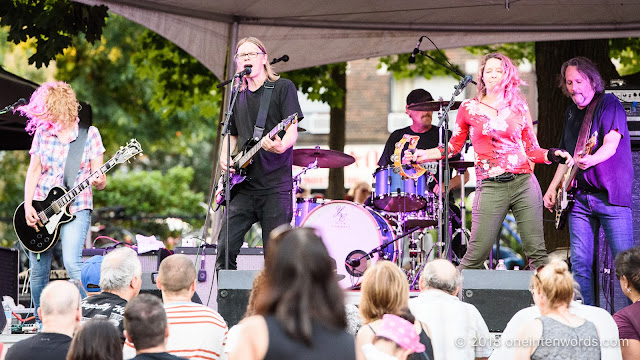 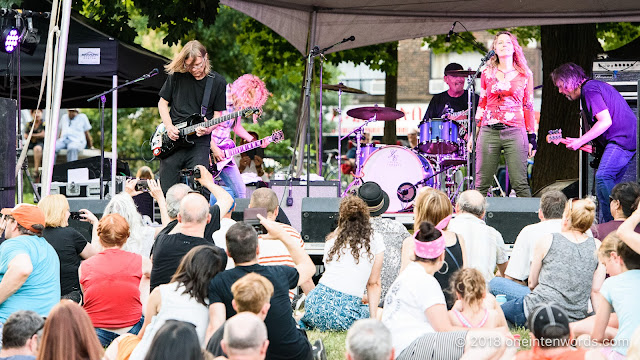 As I mentioned when I saw The Pursuit of Happiness at their extra-special show for The Legendary Horseshoe Tavern's birthday in 2017, I'm a huge fan of the band from "back in the day". Click here to check out those pics, if you please.

So, as you might expect, when I saw that the band was playing a free show at East Lynn Park on The Danforth as part of the Danny Loves Music series, I had to be there. Being out in a park in the waning daylight, with the audience mostly seated on the grass or in lawn chairs, with an open-air tent-stage, it was a different vibe from what we had at the jam-packed Horseshoe, but the tunes rocked just as hard, the band sounded great, and most of us sang along just as loud.

Moe announced that a deluxe edition of the band's debut album Love Junk is coming soon to celebrate the fact that it's been 30 years since this landmark album and personal desert-island classic came out. I'm looking forward to the additional gems that will no doubt accompany this re-release, which comes out September 21.

Hope you enjoy the pics and listening to the many tunes below cribbed from their amazing setlist and look forward to seeing the band again soon, as I do.

"Consciousness Raising as a Social Tool", which, if pressed, I might proclaim as my favourite TPOH tune

"When the Sky Comes Falling Down"

"Two Girls in One"