Gossip’s New Album Music for Men – Their Best Yet 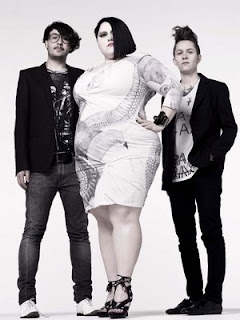 I first saw the band Gossip on The New Music, which is a TV show that had a long history of introducing Canadians to new music, now relegated to the blogosphere. (All a mystery of it’s own that I may get into at a later date – but really, in an age when music discovery is harder than ever, why would this show not have the viewership required for it to survive?)

Beth Ditto has impressive stage presence and an impressive set of pipes. The song they featured, naturally enough, was "Standing in the Way of Control" from their 2005 release of the same name. Watching Ditto strut-dance across the festival stage, belting out this song, was instantly engaging. It is a great song from a solid album that impressed me from the first listen. If you want to pick it up, or listen to song samples, the album is available on emusic.

Emusic also has Gossip’s, then called The Gossip, 2000 release That’s Not What I Heard. It’s more raw, garage-y and directly blues based than their later albums.

In 2007, The New York Times featured an article on Rick Rubin, who had then been named co-head of Columbia Records, Gossip had been signed and Rubin was working as producer of the new Gossip album. With Rubin’s impressive production track record, I was looking forward to new music from Gossip. 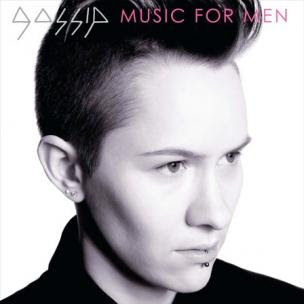 Their new album, called Music For Men, came out on June 23 and is available at iTunes. The first single, "Heavy Cross", was released ahead of the album, at the end of April. It’s a great song, and based on a few listens, the album sounds great, too. The band continues to hone it’s songwriting craft. The songs are more accessible and polished with more emphasis on groovy drum and bass parts, and crunchy guitars. There’s less of the bluesy and garage-y aspects of Gossip’s previous releases. I’m sure there will be those that accuse Gossip of “selling out” and becoming more commercial, but I just think they sound great. Beth’s voice continues to shine on all tracks. I started writing out a list of song highlights and realized that pretty much every tune on the album is a highlight. I’m definitely enjoying this one!

Check out the way the crowd goes bananas at the beginning of the song. Then Beth belts it out, enthralls the crowd like a southern preacher, gets hands on with the audience and lets them sing along.