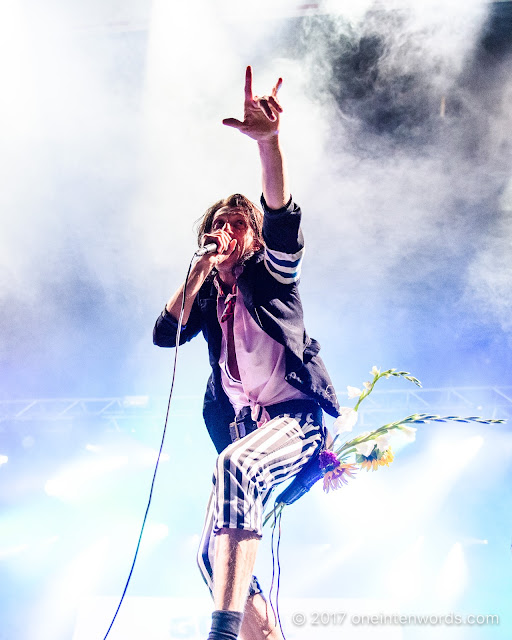 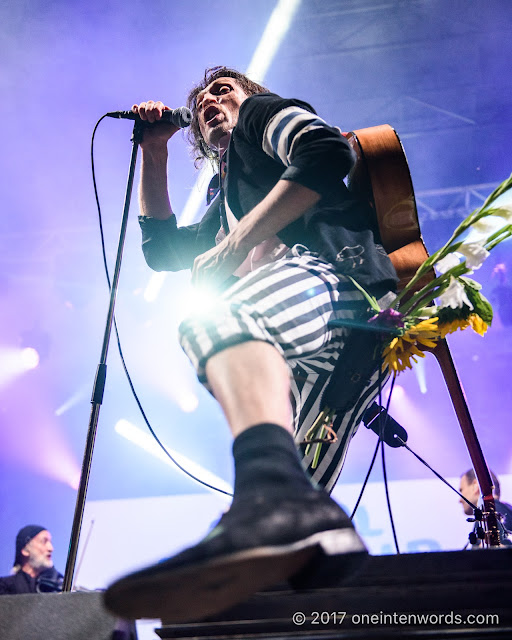 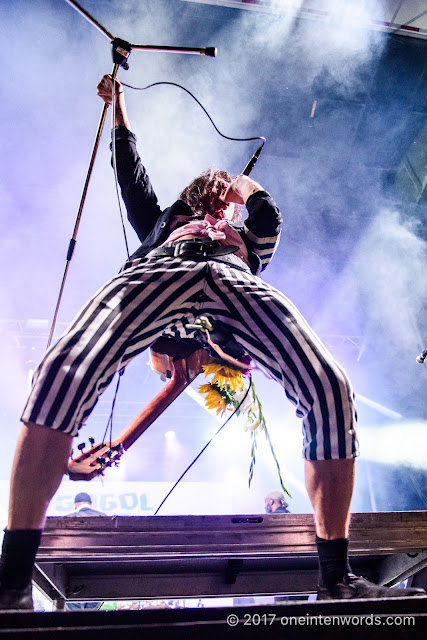 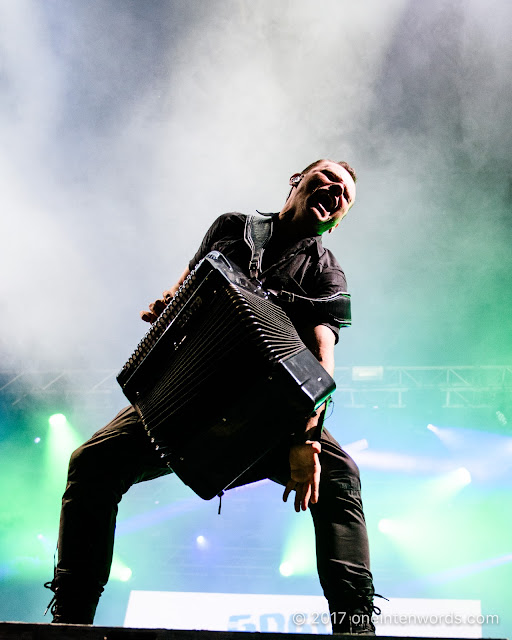 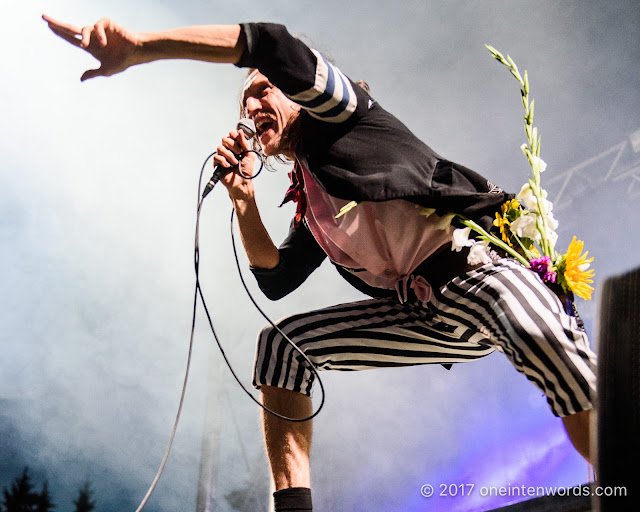 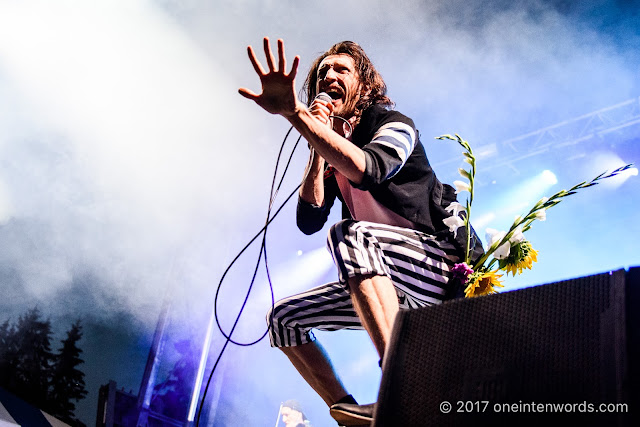 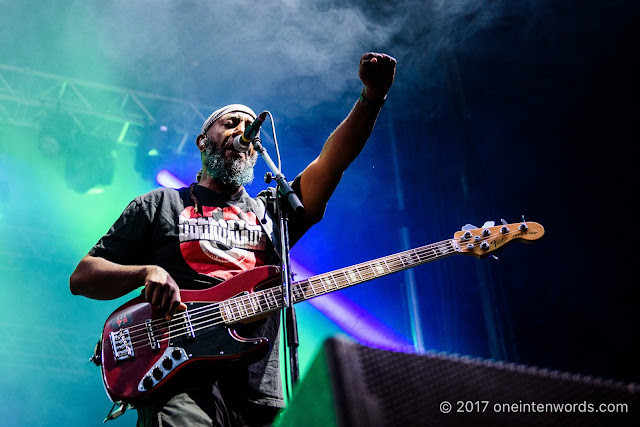 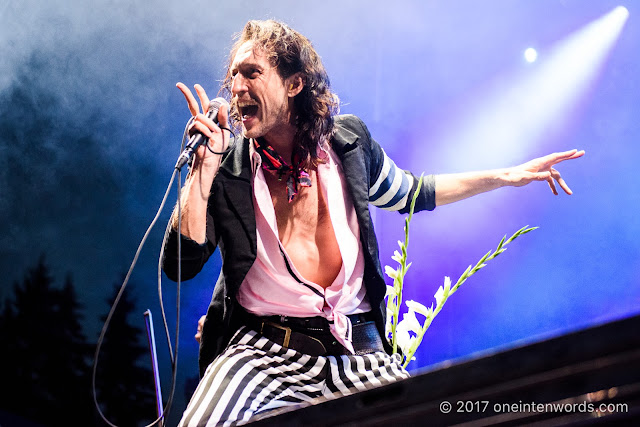 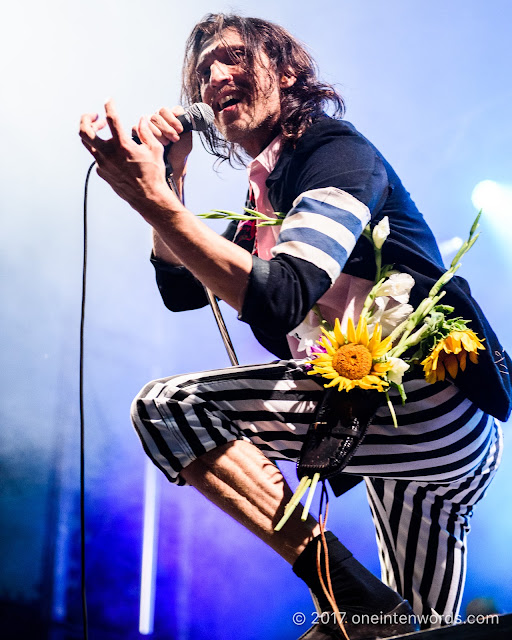 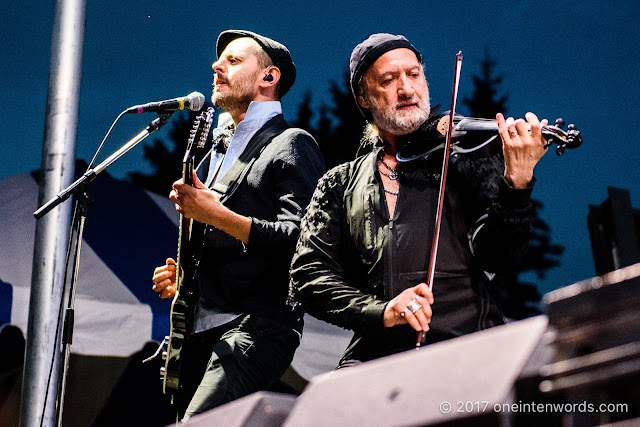 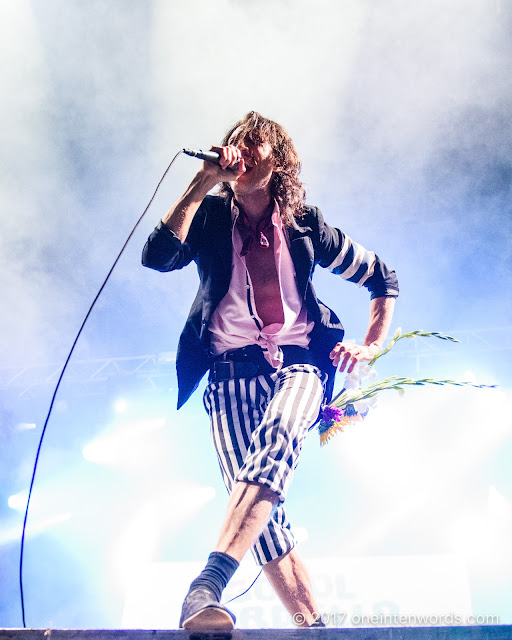 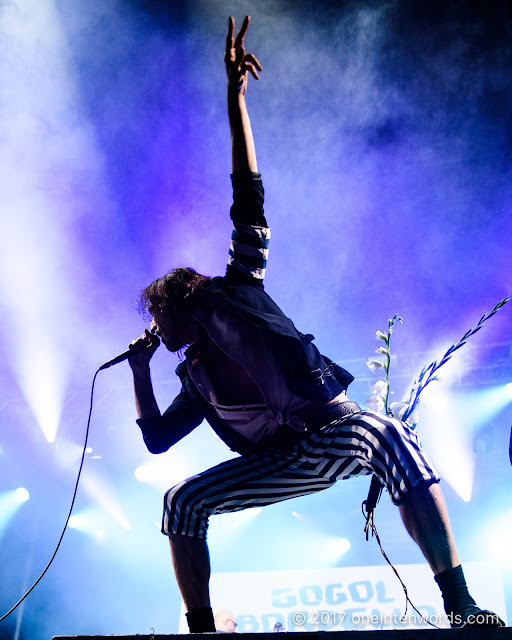 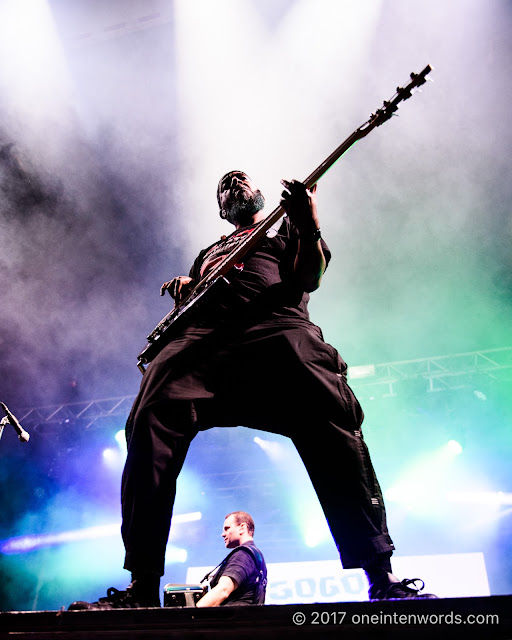 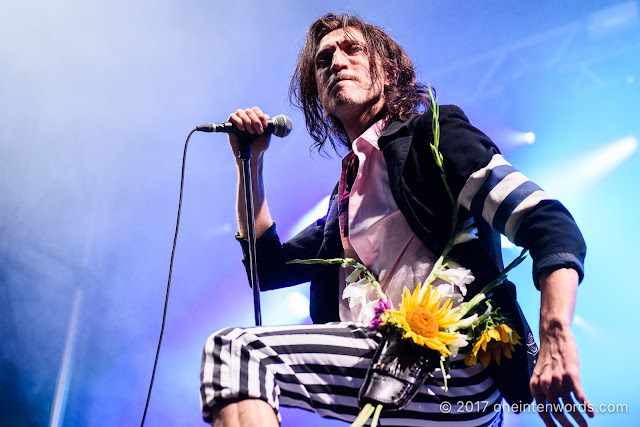 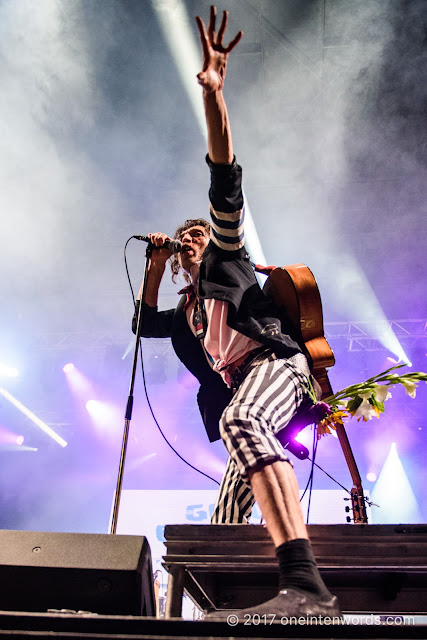 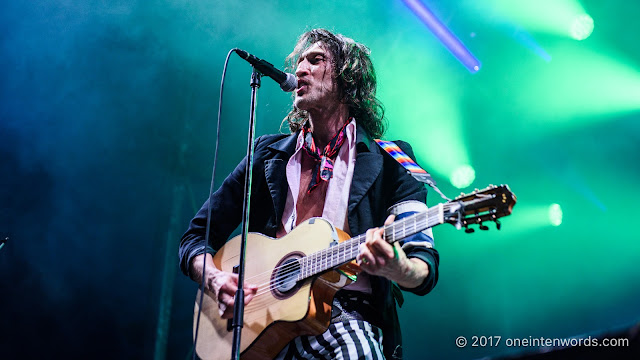 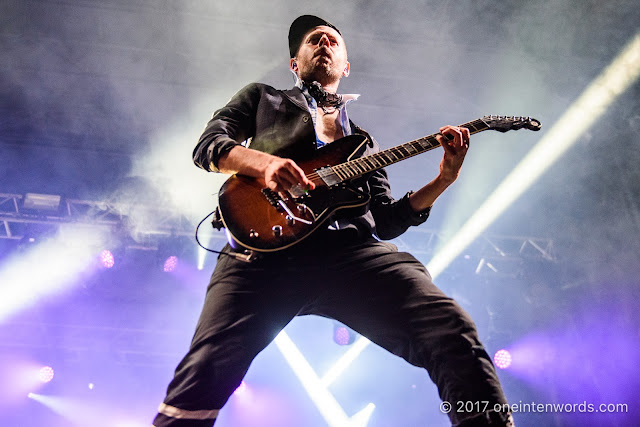 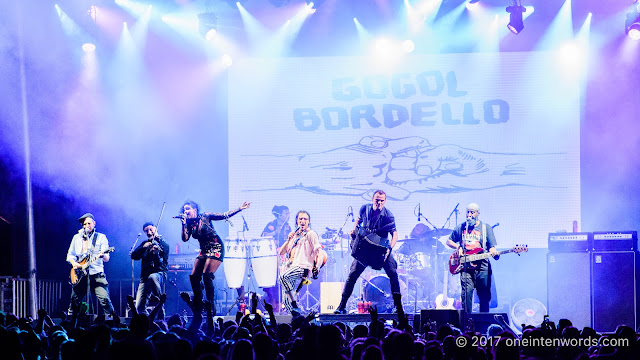 Gogol Bordello singer Eugene Hütz gave me one of my most prized concert photos. It was three years ago at TURF when he baptized me and several other people with red wine. It was dripping down my forehead. It was in my lens hood. I thought it was kinda cool and I was definitely happy I got a salvageable shot out of it. Much less impressed was the guy next to me sporting a white golf shirt. You can take a look right here and it was one of my favourite concert photos of 2014, my first full year of concert photography.

Three years later Gogol Bordello is still an incredible band to see live. I caught their set as they headlined the final night of 2017's Riverfest Elora. I had been looking forward to it all weekend; hoping for a great show and great photos, and hoping I wouldn't receive the wine baptism again. Well, I consider myself lucky. I got all I was hoping for, as did the wound-up audience.

To say that Gogol Bordello is a high-energy live act is an extreme understatement. Every member of the band gives it all on stage and they try to make sure that their addictive energy is picked up by, and shared with, the audience. The band ran through an extensive set that kept everyone moving. I'm not the kind of fan who could keep track of it all, but I'll take the opportunity to see this band any time I can and I'd recommend you do the same.

Their latest album, Seekers and Finders, came out the Friday after Riverfest.