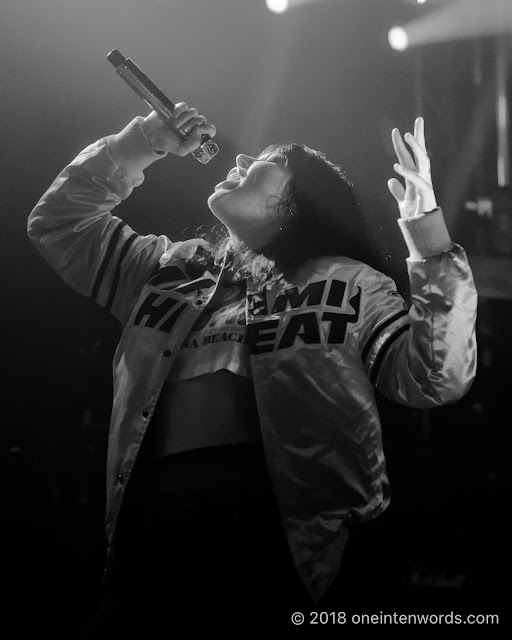 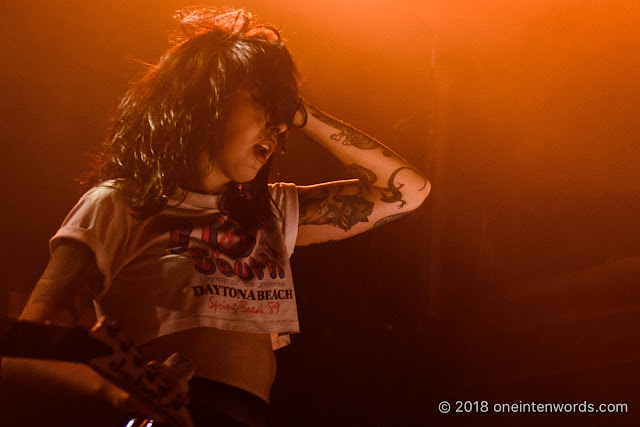 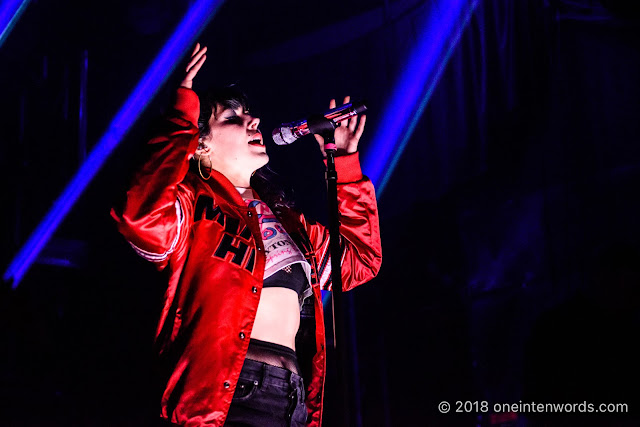 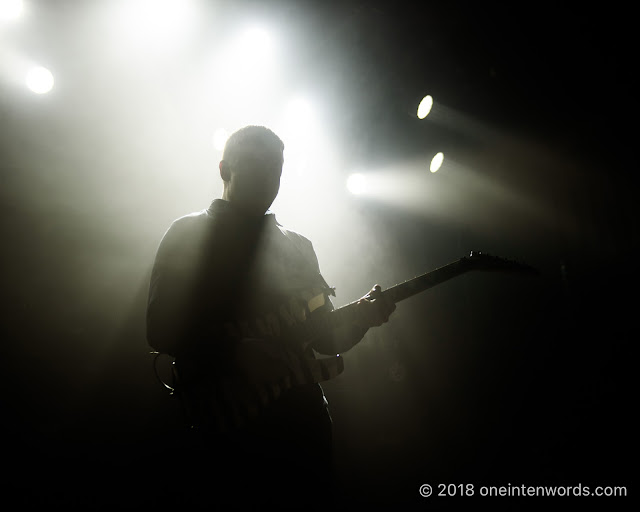 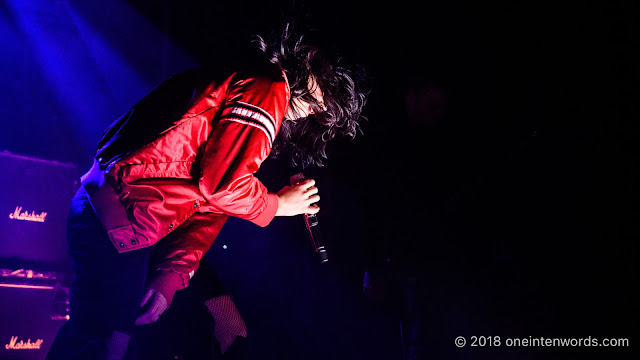 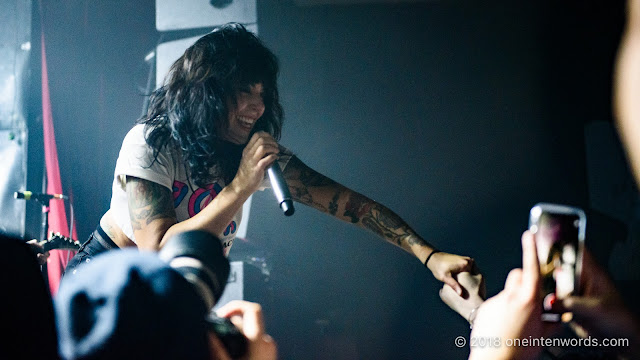 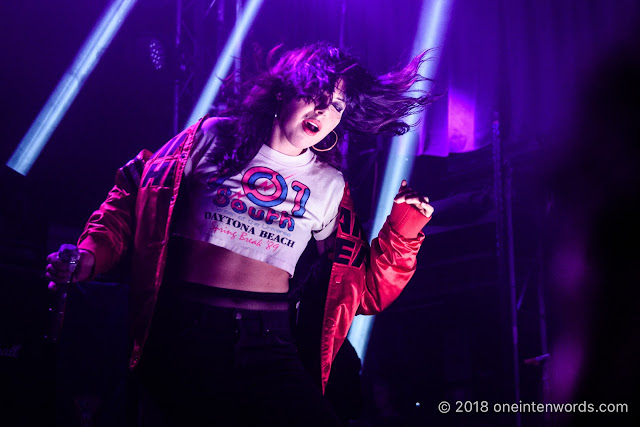 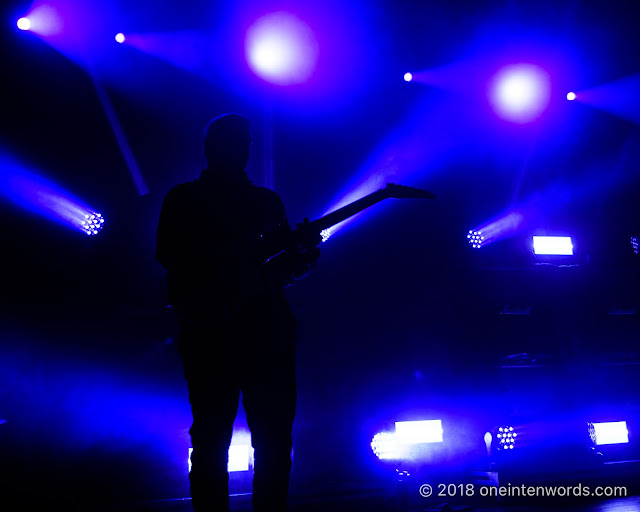 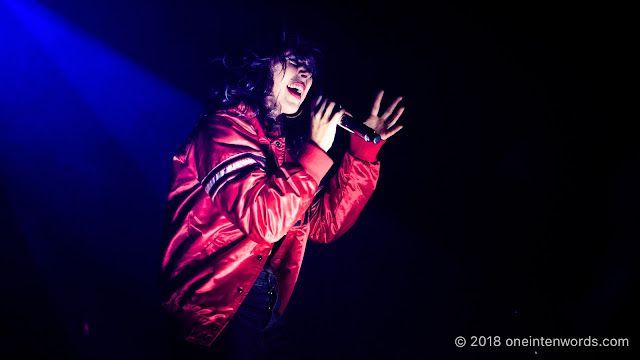 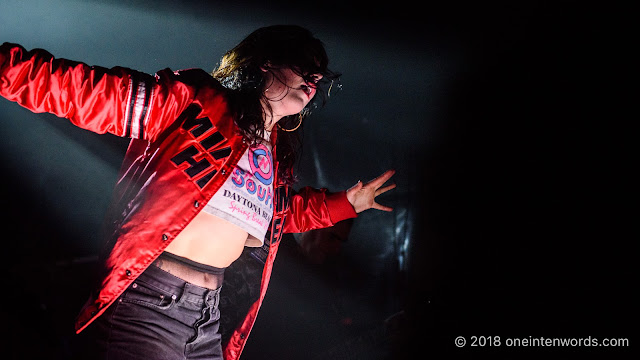 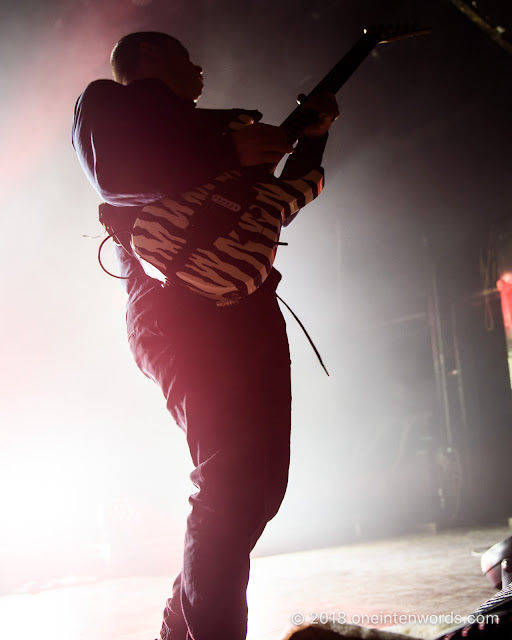 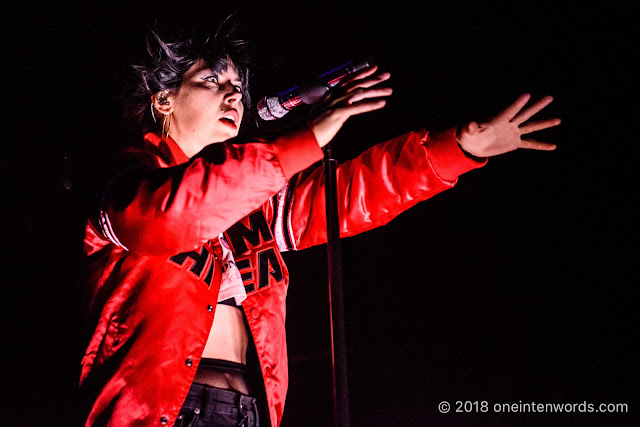 Sleigh Bells have got to be one of my all-time favourite bands. I've loved the band since I first heard "Rill Rill" when their debut album Treats came out in 2010. I've seen them three times now and I think I love them more every time.

If you like them on record, you will love them live. Buzzsaw guitars, crazy-intense drum machine beats along with Alexis Krauss' exquisite singing and insane energy come across so well from the stage. The crowd goes nuts and the energy exchange between the band and audience builds and builds.

This show started off with "Blue Trash Mattress Fire" from their new EP Kid Kruschev. The set then jumped back to Treats, on to 2016's Jessica Rabbit, 2013's Bitter Rivals, and 2012's Reign of Terror. I would have loved to hear "Lighting Turns Sawdust Gold" but their set was pretty much perfect as-is. Alexis jumped into the crowd during "Crown On The Ground", which capped off their main set, and again during the final tune of the encore, "Rill Rill".

Another awesome show by the brilliant Sleigh Bells that only serves to make me want to see them again as soon as possible.

Check out my favourite Sleigh Bells tunes, following the order of their powerful setlist.

"I Can Only Stare"

Final song of the main set, "Crown On The Ground"

First song of the encore, "And Saints", which was featured on my Favourite Songs of 2017 list

"Rill Rill", which I've never heard them play live before.