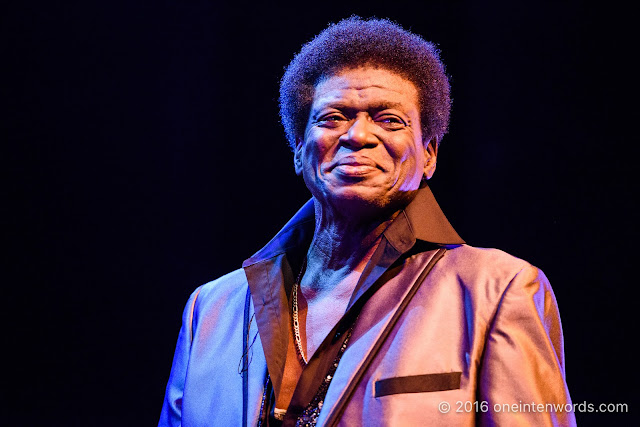 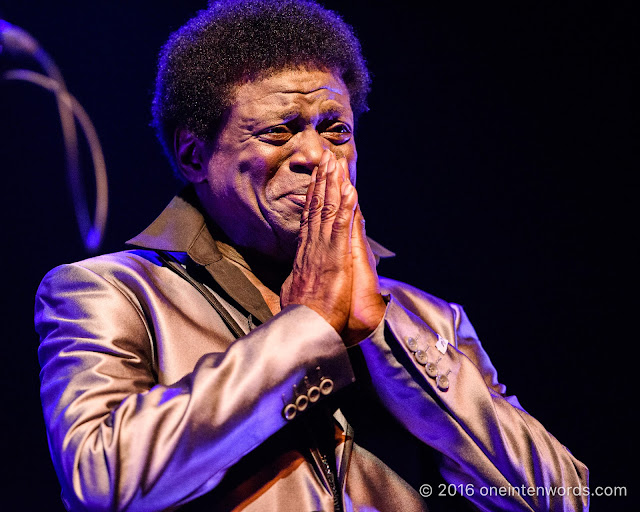 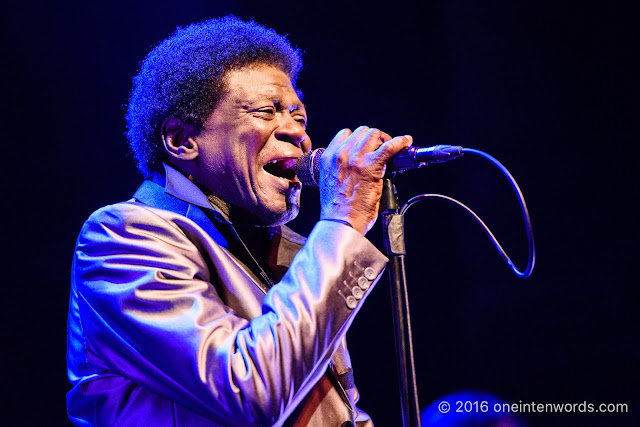 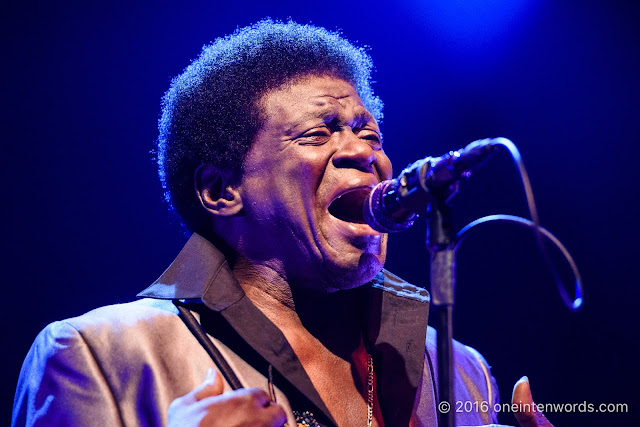 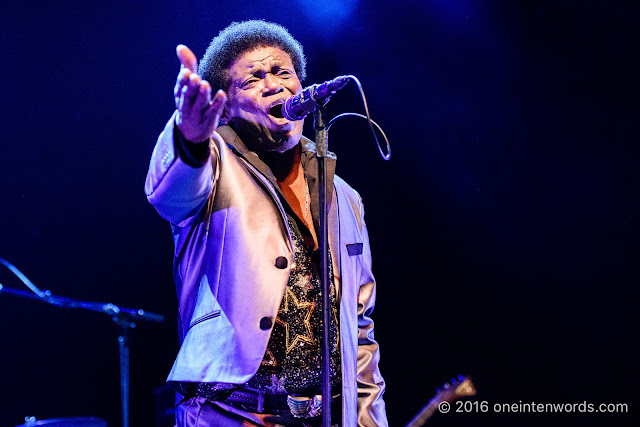 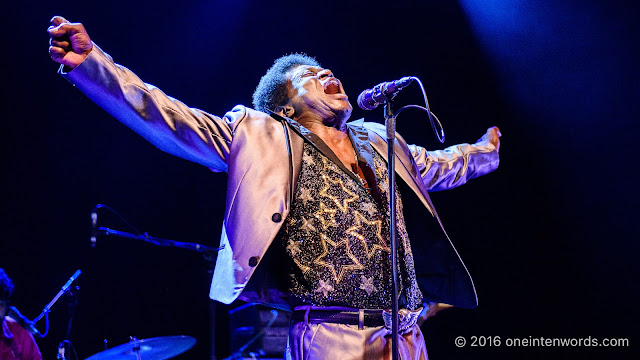 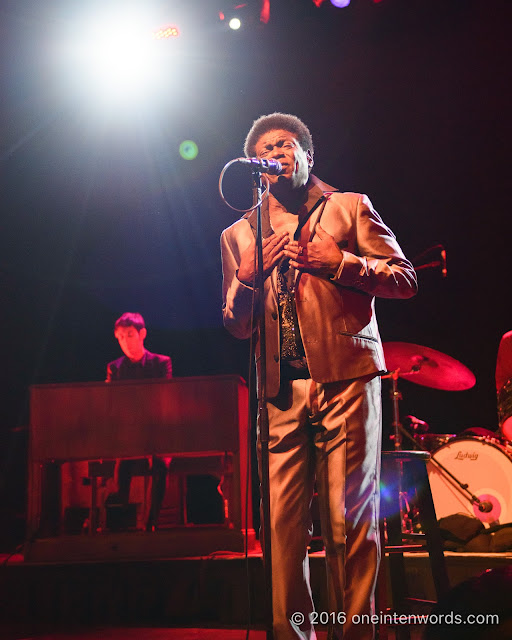 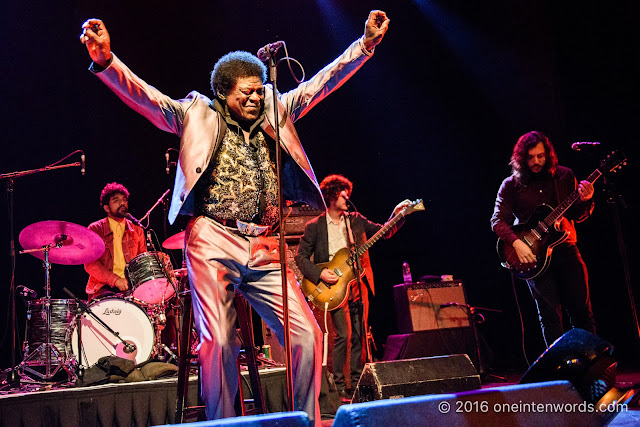 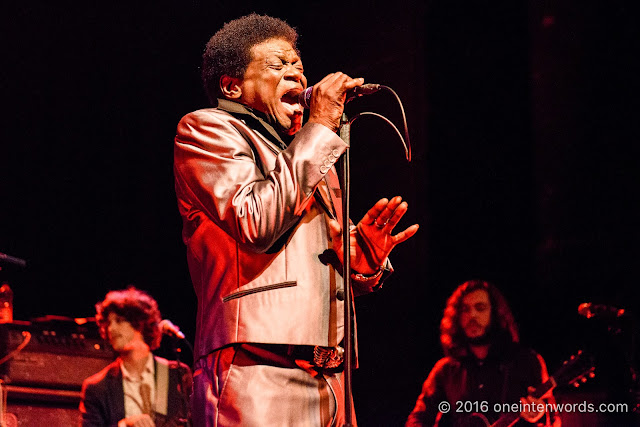 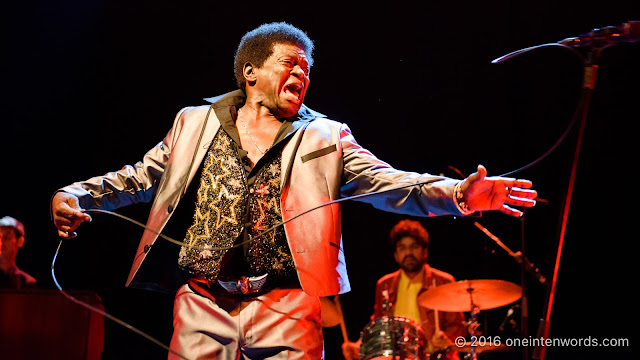 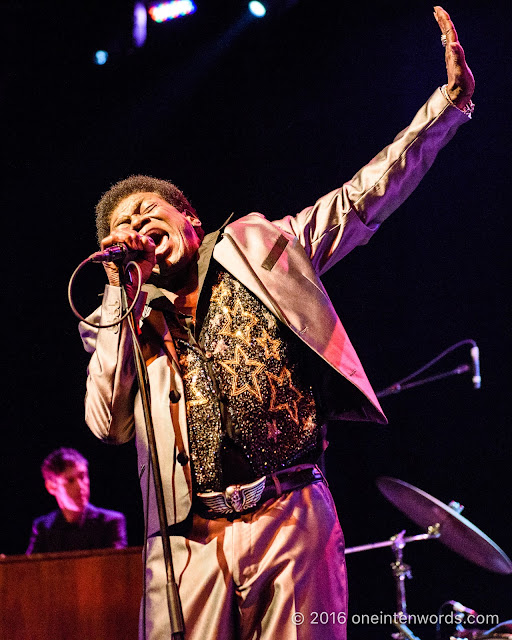 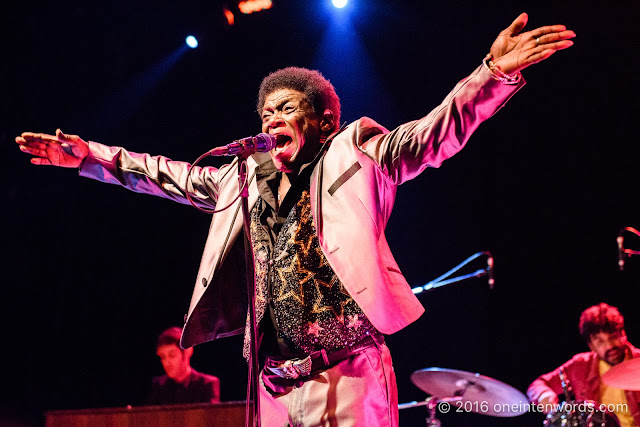 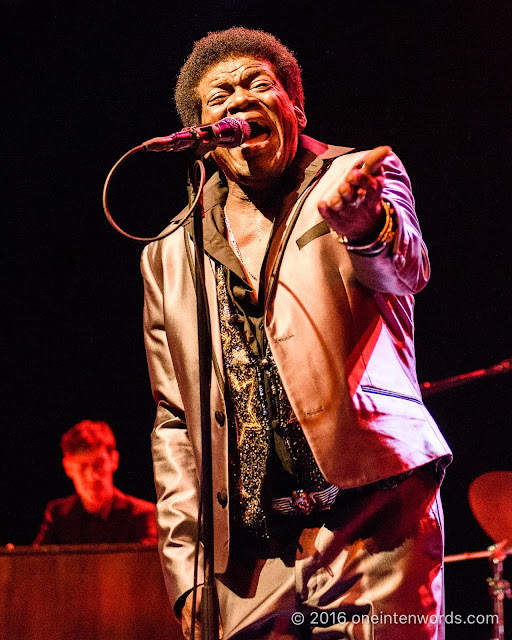 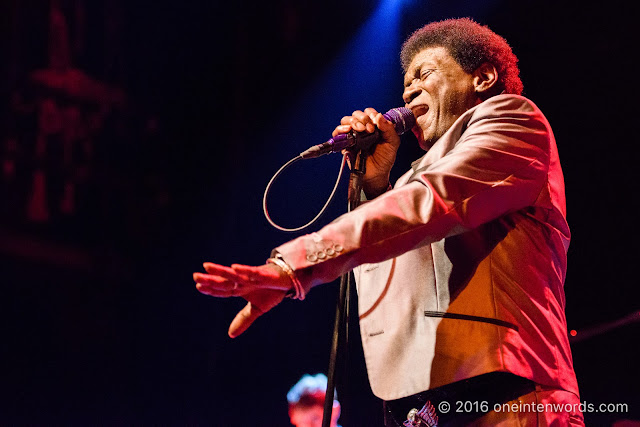 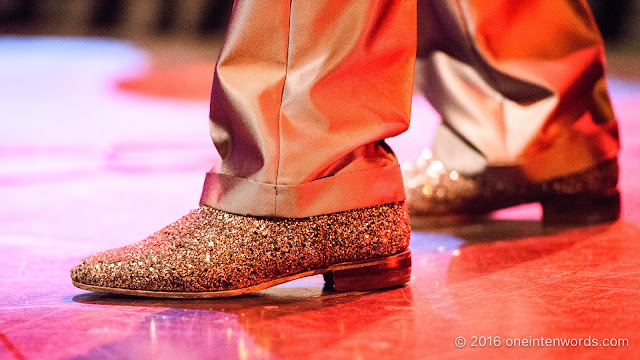 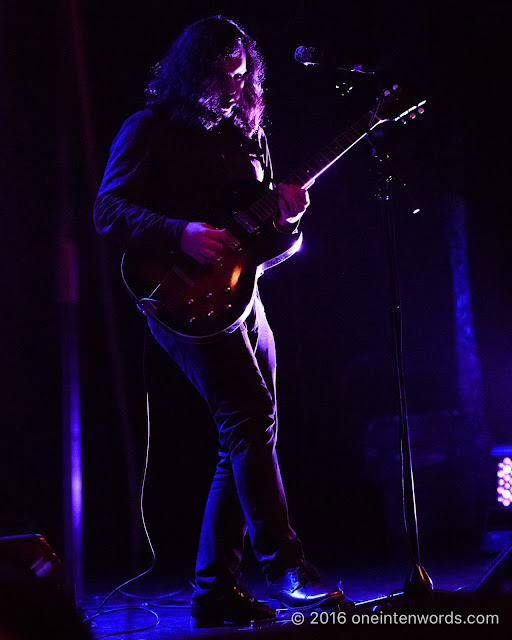 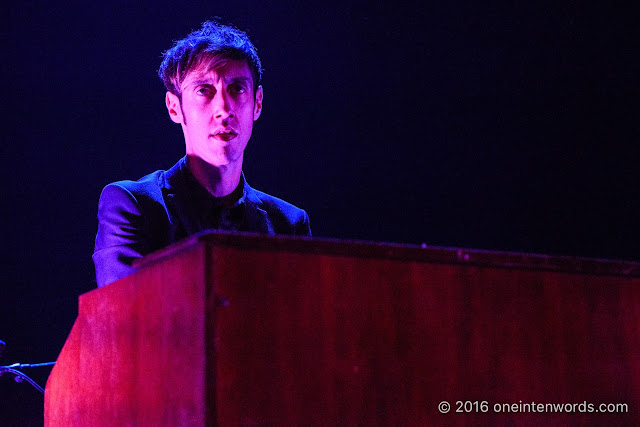 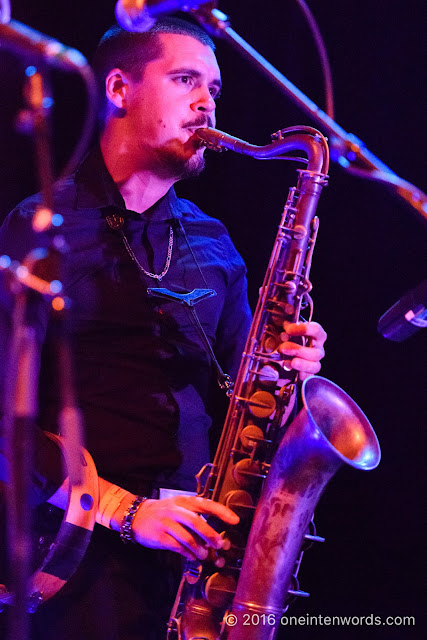 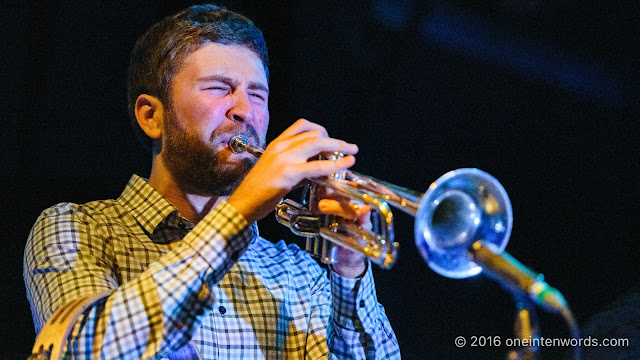 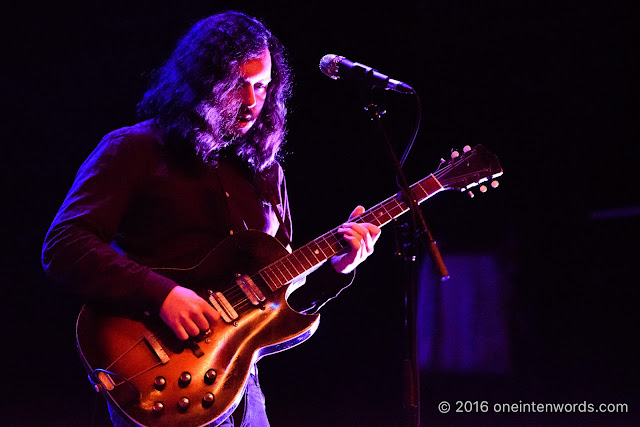 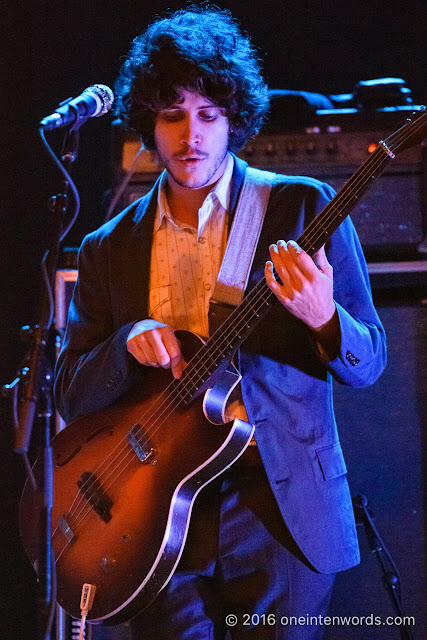 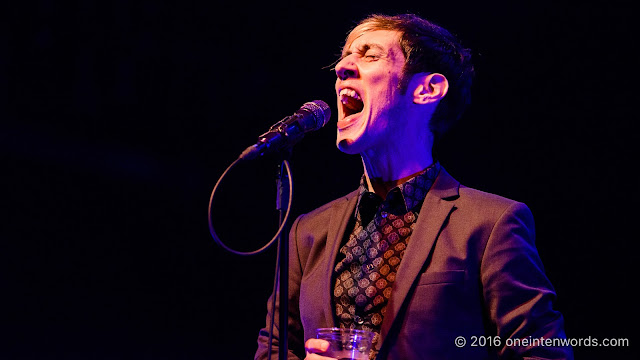 September 29 marked my second time seeing the wonderful and legendary funk/R&B/soul singer Charles Bradley and His Extraordinaires. The first time was when he played a free show at Nathan Phillips Square as part of Panamania for the Pan Am Games. Check out those photos here.

Charles Bradley is a man who is absolutely full of warmth and love. He shares his passion through his singing and his words between songs. He wants to bring the world together with love. If everyone adopted the actions that go along with Charles' words, there would be no war or hunger or hatred or violence. The world would be a very different place. We got to enjoy that place while Charles graced us with his presence and music.

While Charles was on his feet and energetic for the first few songs, he took to a stool for much of the remainder of the set, and even left the stage while the band played a couple of tunes without him. He blamed a sprained leg for why he was on a stool and apologized for not being able to deliver the kind of show that he wanted. By the end of the show, he needed support to give out roses to several audience members and he didn't return for an encore.

Whether he knew it at the time or not, we all know now that he is suffering from stomach cancer and has cancelled all future shows while he battles the disease. I'm sure I'm not alone in offering all the love and warmth that he offers to his audience back to him in hope for a strong fight and quick recovery. All the best, Charles.

Here are some of the tunes from his set.

"Change for the World"

"The World (Is Going Up In Flames)"