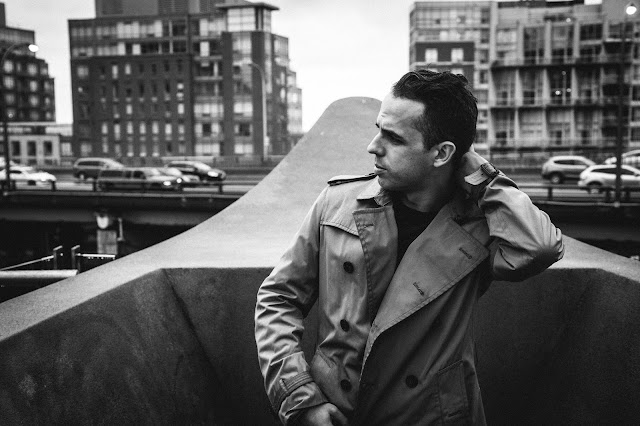 Marlon Chaplin is a Toronto-born musician, songwriter and producer. He released an EP called Wanderer By Trade back in May and he has a couple of new singles on the way.

Wanderer By Trade is a folk/roots album that Marlon recorded with members of Zeus, Lemon Bucket Orkestra and the Skydiggers. I hear celtic and country bits along with the overall rootsy feel and the influence of Jack White. There's strong passion in Marlon's voice and excellent songwriting. The musicians echo the emotion of the songs in their dynamic playing, and the album's energetic off-the-floor production reinforce the entire vibe.

Marlon is also releasing a couple of singles. "Annabelle + Someone" comes out tomorrow and can be heard below. It shows a shift to electric guitar but retains a familiar, organic and rootsy feel. "Fossils" comes out November 7. Both will be combined into a 45 for release in early 2017. The sonic shift represents a desire for Marlon to express different facets of his artistic vision while not being tied to a particular genre.

Check out the new song "Annabelle + Someone" and the four videos from Wanderer By Trade below. Then watch out for his live dates.