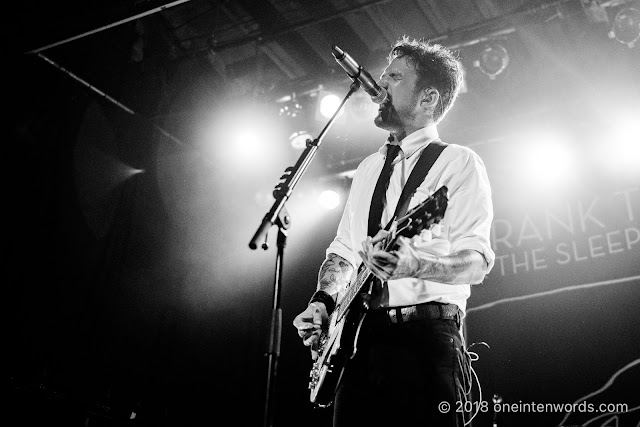 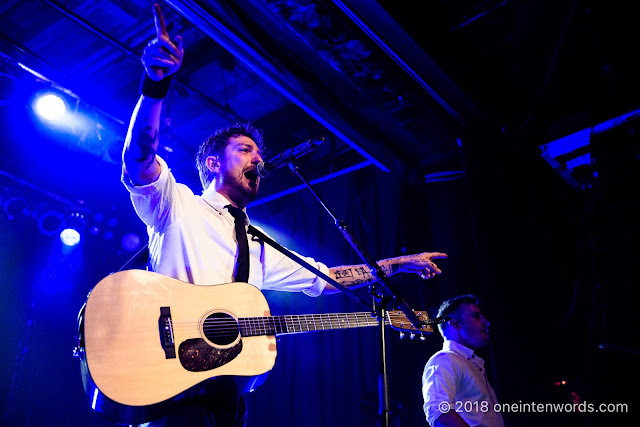 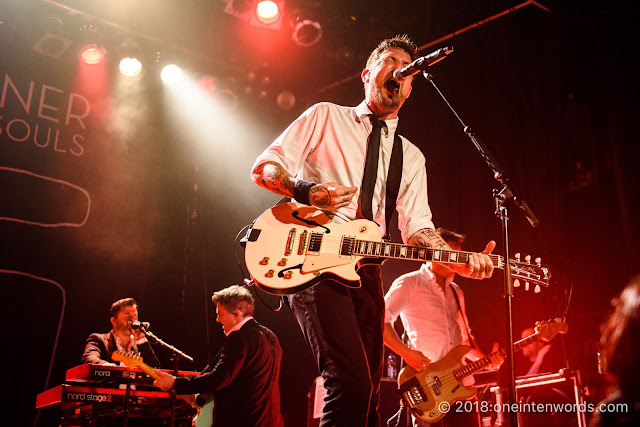 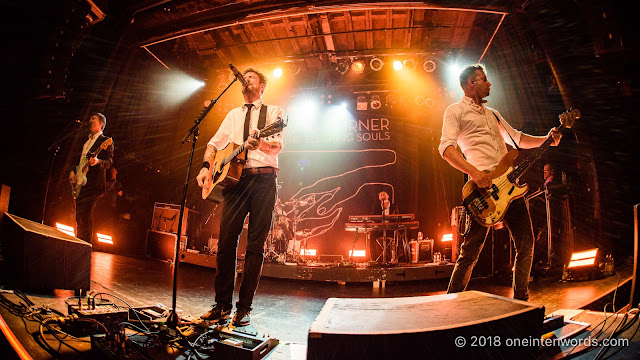 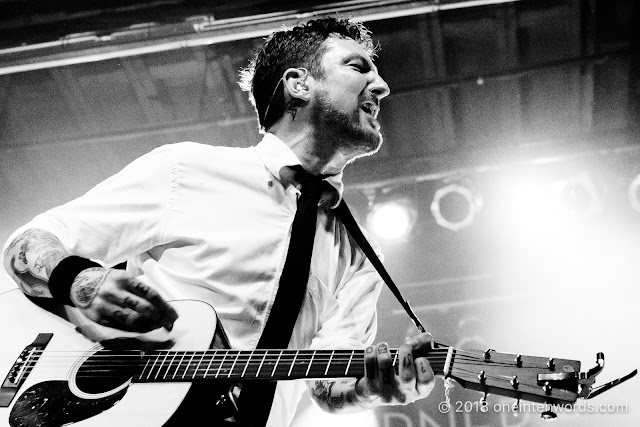 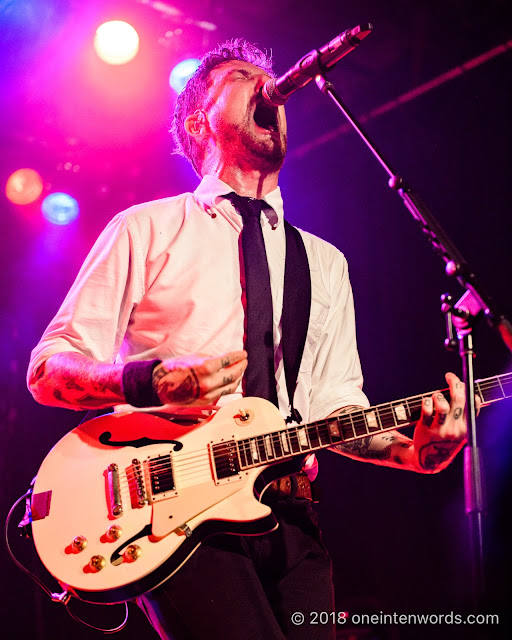 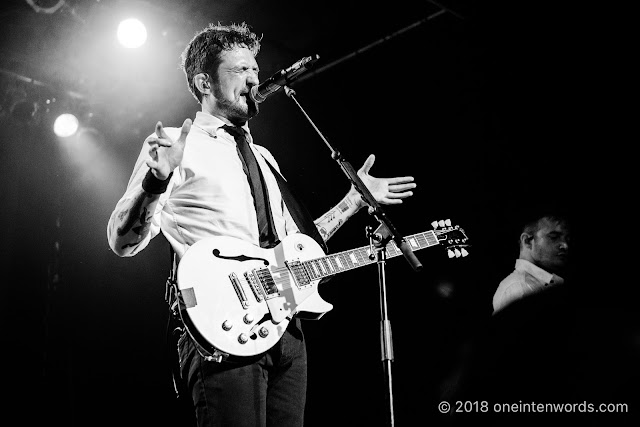 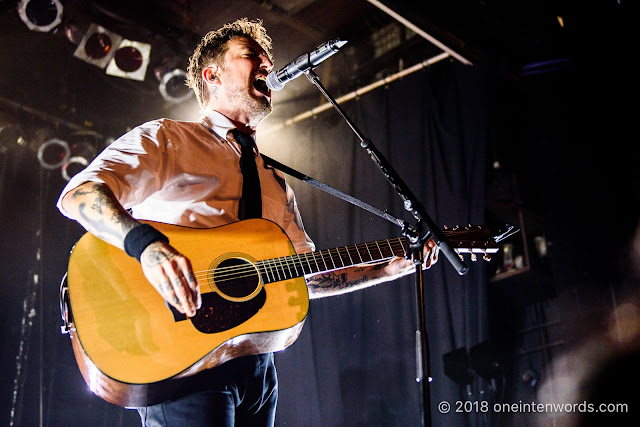 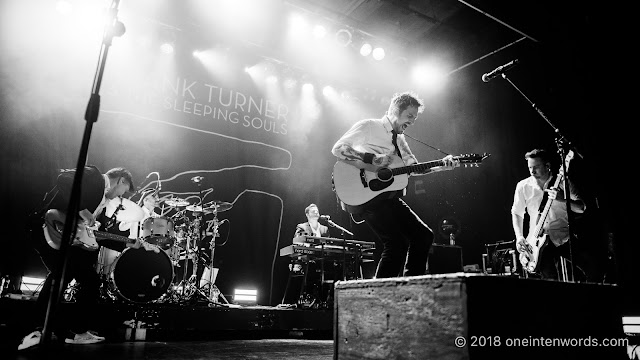 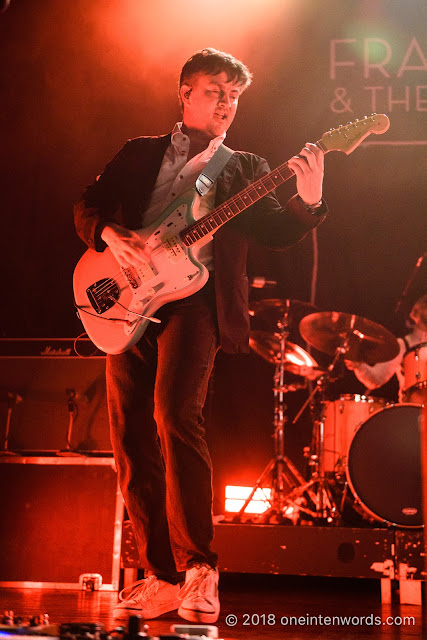 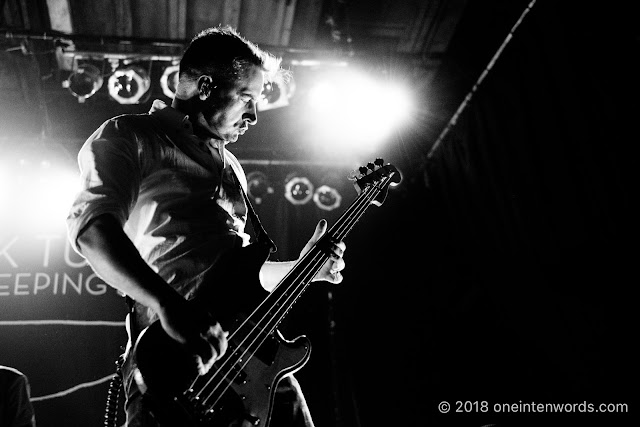 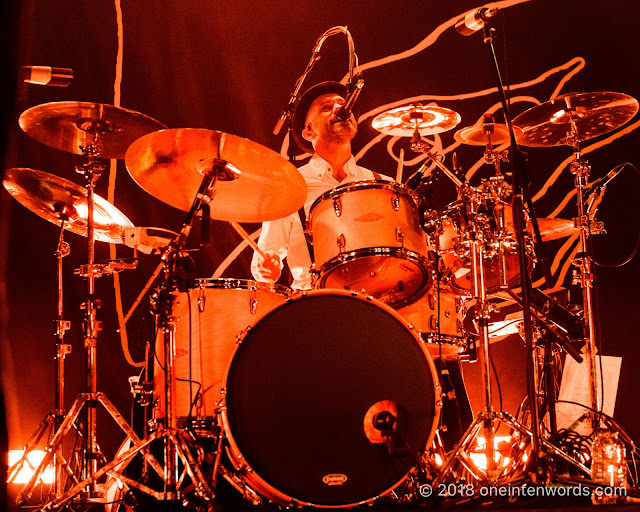 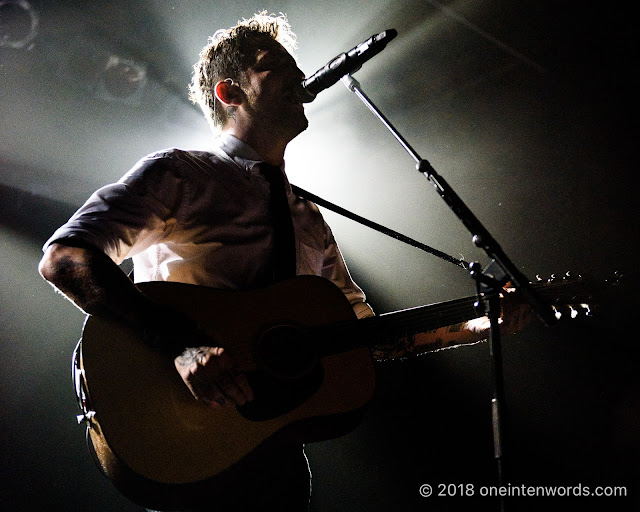 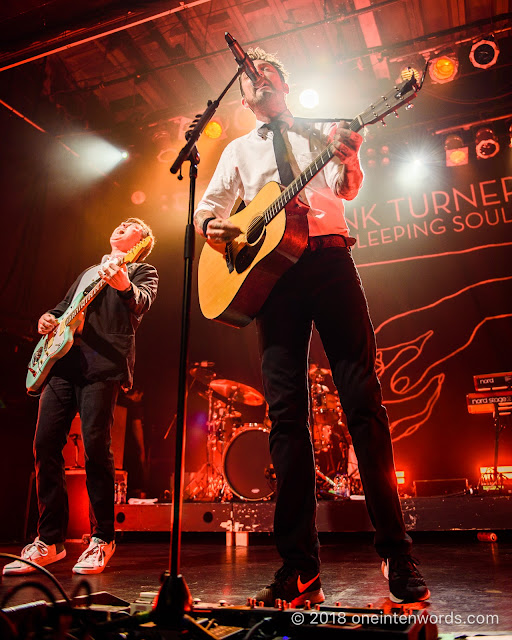 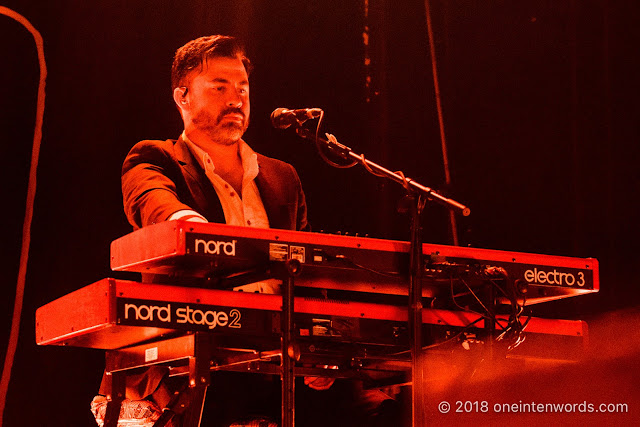 Frank Turner and The Sleeping Souls played Toronto's Phoenix Concert Theatre for three nights last week. I got to attend the middle night on Thursday, September 20. Frank and the band are on tour with Sam Coffey and The Iron Lungs and Bad Cop/Bad Cop. Click through to check out my photos of those bands along with some of their incredible music.

Frank’s new album implores us to Be More Kind to each other. I've got to agree. The world needs more kindness. Frank's always got a way with communicating what we all need to hear about building a better life for ourselves and those around us. It can be as simple as, "Don't be an asshole/dick!" Even better if you can make someone else's life even a little better with some compassion.

We heard more Frightened Rabbit between Sam Coffey's and Frank's sets. Part of Scott's legacy should be around the key "be more kind" message because his sadness and challenges helped give the world such beauty that came across in FR's music, but delivered Scott's tragic end. It's a huge emotional shift from listening to the introspective "Keep Yourself Warm" and the more invigorating "Living in Colour" as the band took to the stage.

As part of the Be More Kind ethos, Frank told us that they're bringing in charitable and outreach groups to each shows on this tour. Really good stuff and I wouldn't expect anything less.

The set was a fantastic musical journey for me and the rest of the packed-in crowd. It was varied and far-reaching as most of the band's sets are, with plenty of rarely played tunes and requests. "Once We Were Anarchists" was requested by keyboard player Matt Nasir as the first Frank Turner song he heard, and Frank confessed that he had to Google the lyrics to "Cleopatra in Brooklyn" so that he could play it for this show. That's an artist who listens to his fans, or "friends" as he refers to us. Frank got Connor, the drummer from The Iron Lungs, out on stage to play harmonica on "Dan's Song" for his birthday. We got a circle pit for "Out of Breath" and set-ending classic/personal philosophy "Photosynthesis". The encore, motivated by fear and confusion, started with "Don't Worry" from Be More Kind, followed by "Recovery", then another song that resonates as personal philosophy, "Get Better" and ended Max Kerman of The Arkells joining the band on stage for "Four Simple Words" to sing and crowd surf with Frank for the end of the evening's entertainment.

I've been lucky enough to be able to photograph Frank Turner and The Sleeping Souls four times, now. First was way back in 2013 at TURF and it marks some of my earliest concert photography. Next time was in early 2016 when they played The Danforth Music Hall. After that, it was late 2016 when the band was on tour with the Arkells and they played Massey Hall. Click through to see those photos and read my thoughts, if you feel so inclined.

Here are some of my favourite songs from another immaculate setlist by Frank Turner and The Sleeping Souls.

"1933" An absolutely frightening view of what's happening in the world today, especially in the USA. Nothing I haven't thought about before, but it's always terrifying to hear someone like Frank articulating it.

"Once we were Anarchists"

"If I Ever Stray"

"Try this at Home"