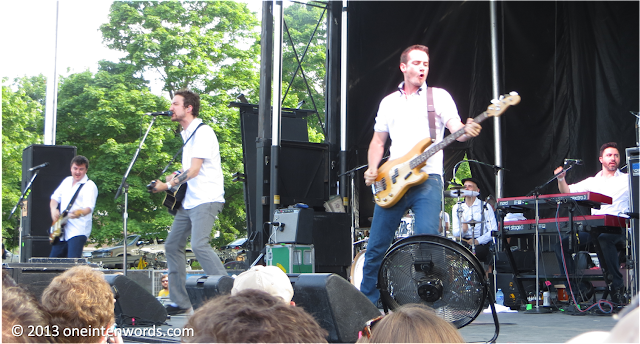 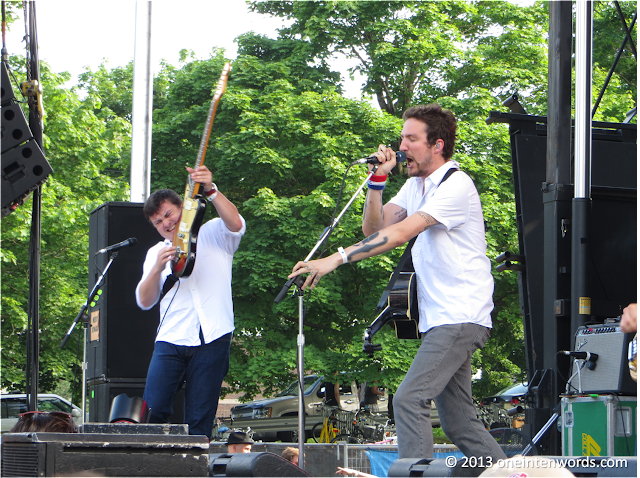 I guess I'm kind of a latecomer to Frank Turner. I discovered him after the release of 2011's England Keep My Bones. I subsequently missed his show in Toronto. This made TURF my opportunity to see Frank live. He also played Sunday night at Lee's Palace.

Since I first heard his music, I've loved his impassioned, energetic delivery of oft-times confessional, story-telling songs. I always figured that he'd be amazing to see live, and let me tell you, I was not disappointed.

He opened the show with "Four Simple Words" from his latest Tape Deck Heart. He kept the energy level near frantic for most of the show, indulging his inner "corporate whore" by shilling his new music, while reaching back in his catalog. I don't think anyone in the crowd was in any way disappointed by the show. He's got a way with a song and keeps the audience involved, even to the point of danger.

He made lots of friends by covering local legends The Weakerthans' "Plea From A Cat Named Virtute".

Upon popular request, Frank came back for one more song, a great cover of "Thunder Road" by Bruce Springsteen.

Truly glad I was able to see Frank live.

We saw Frank again when he came out to pump his fists and sing along with one of his favourite bands, The Hold Steady, before joining them on stage for their finale. Pretty damn cool. 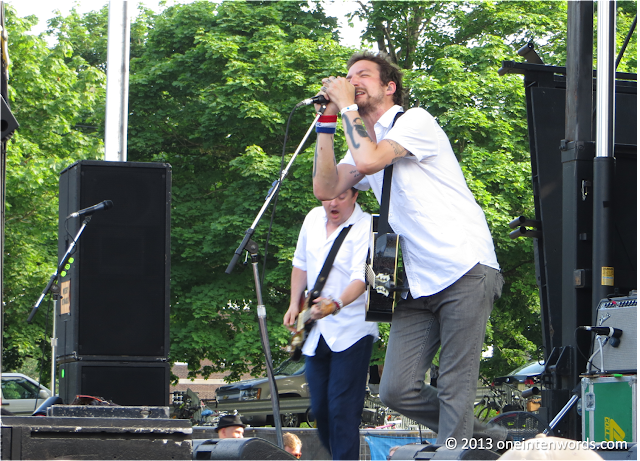 England Keep My Bones
"Glory Hallelujah" Yes, this was just as powerful live as you would imagine. Glory be to the rational.

Sleep Is For The Week
"Wisdom Teeth" Was this the tune he said he'd probably never played in Canada?