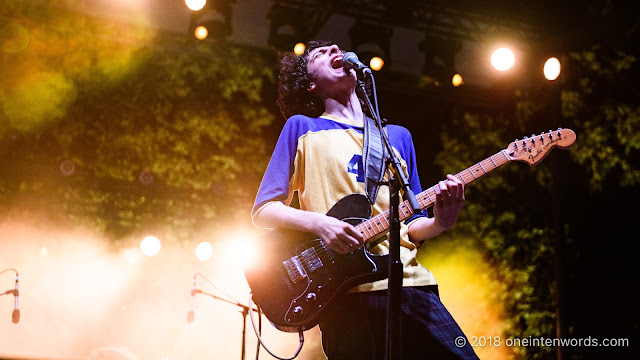 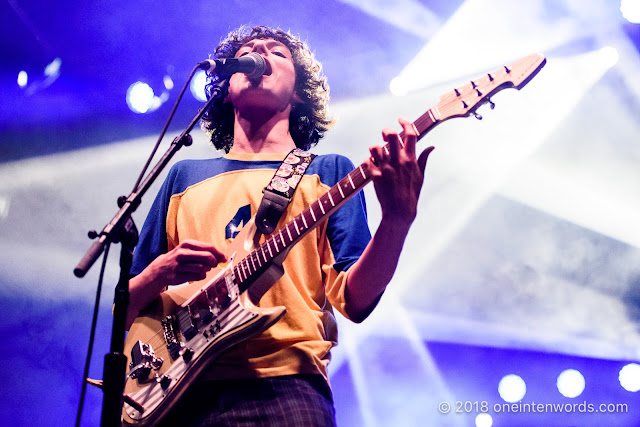 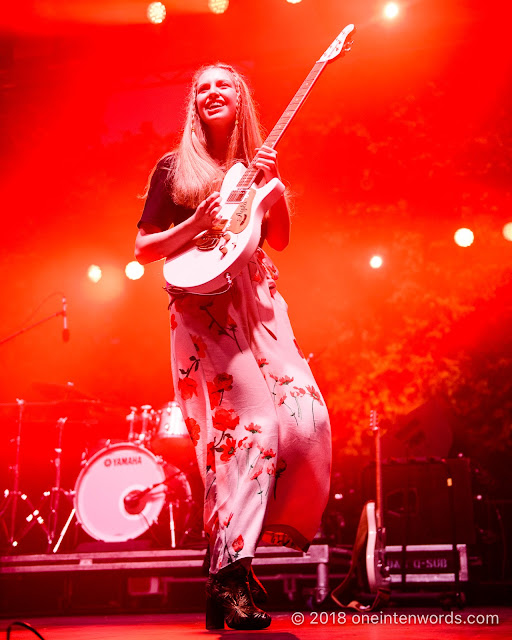 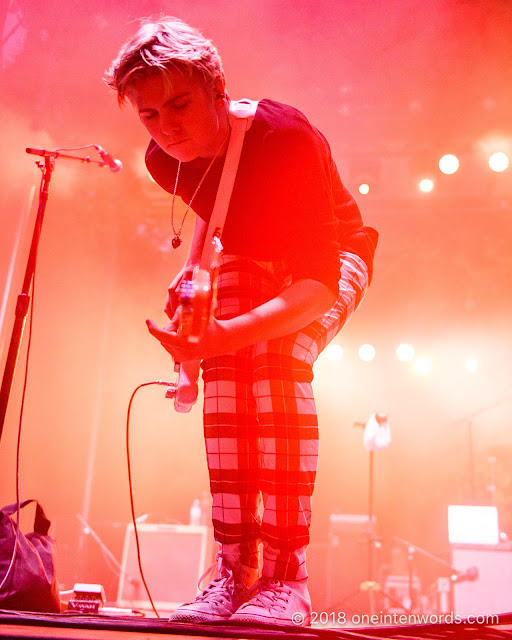 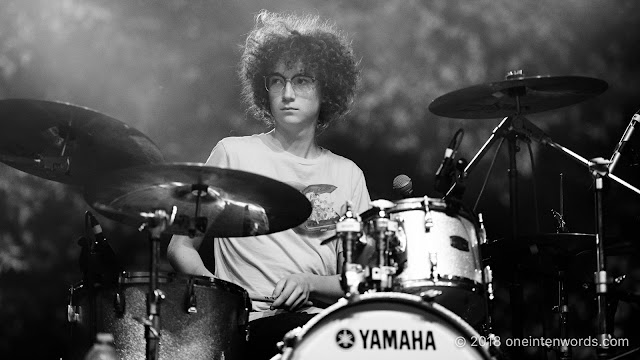 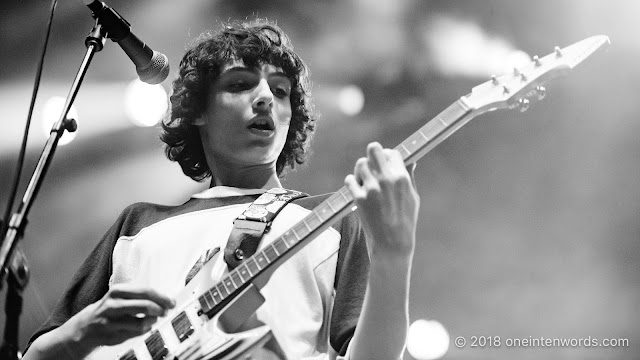 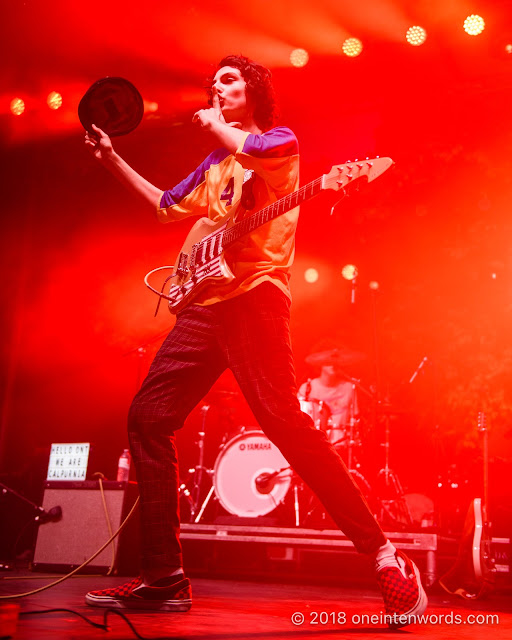 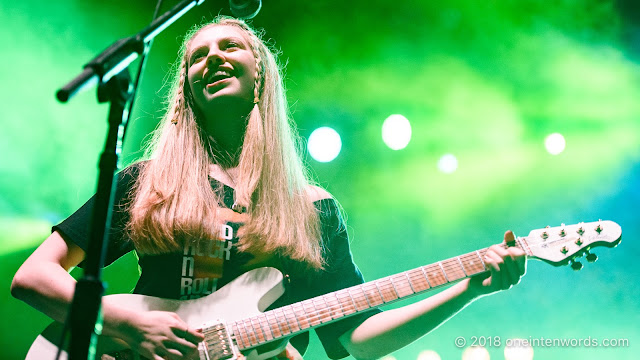 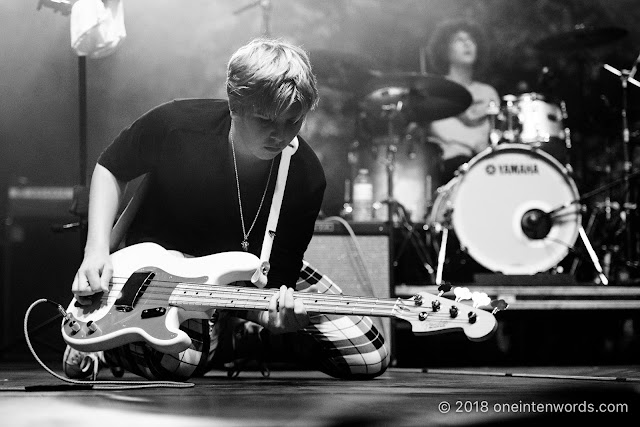 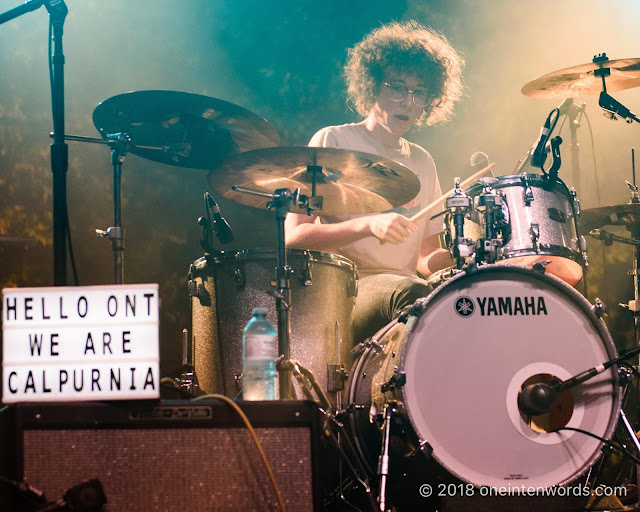 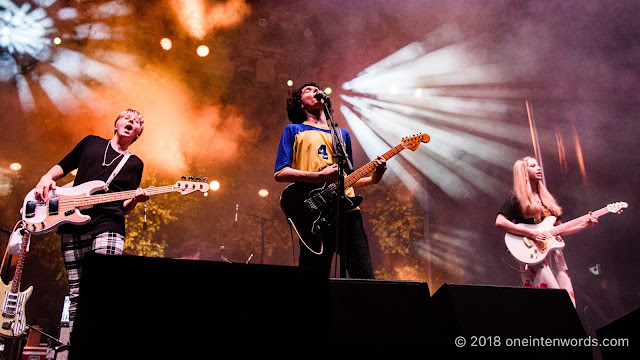 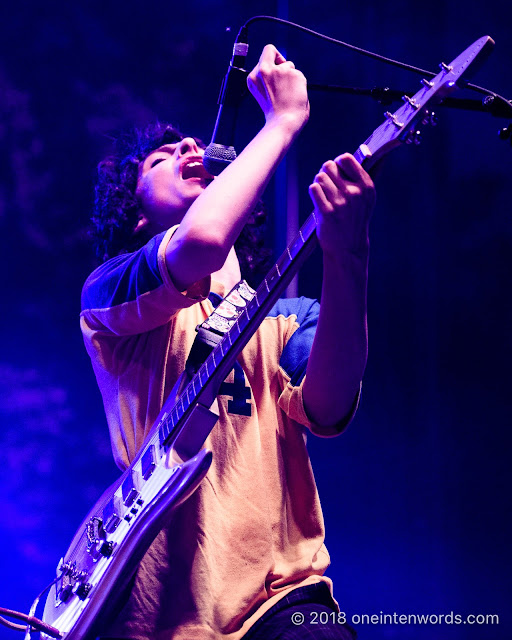 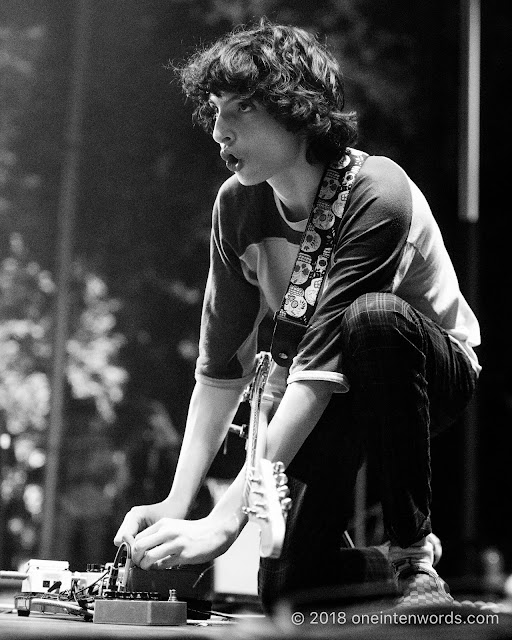 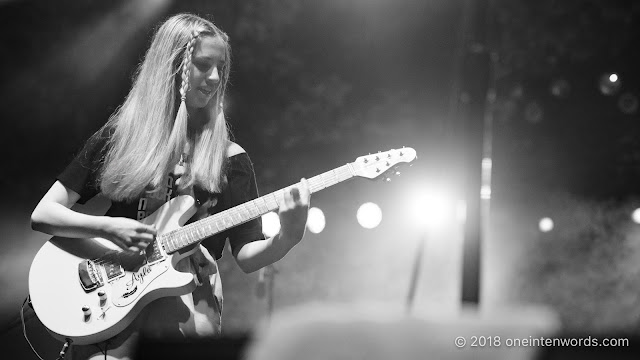 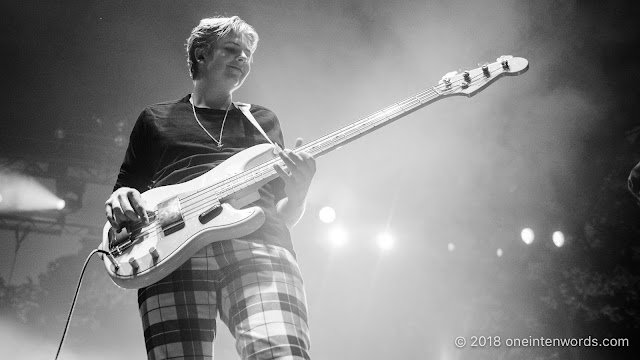 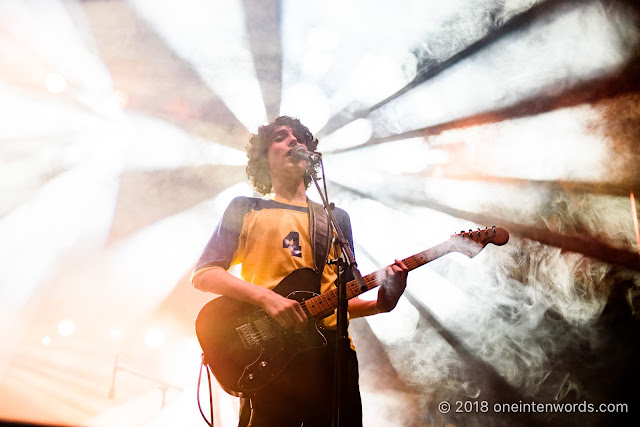 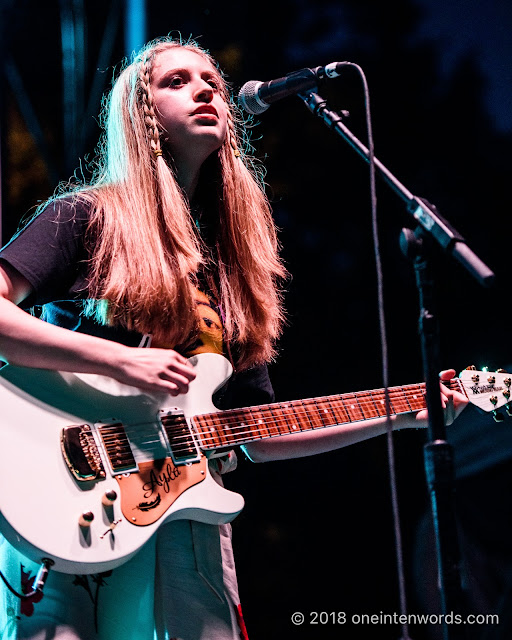 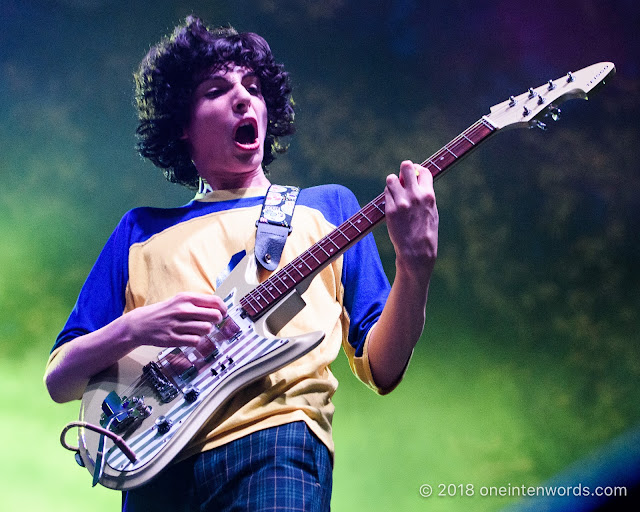 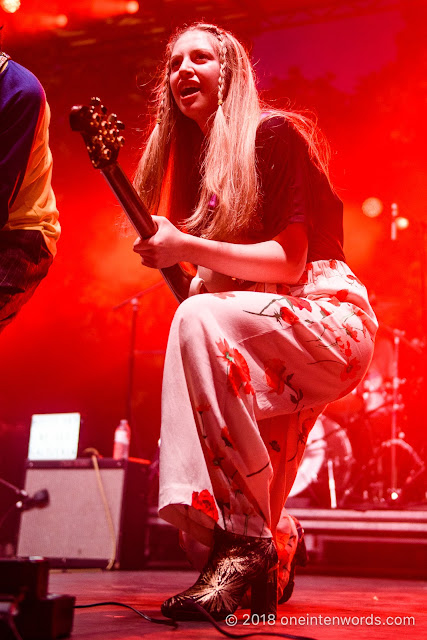 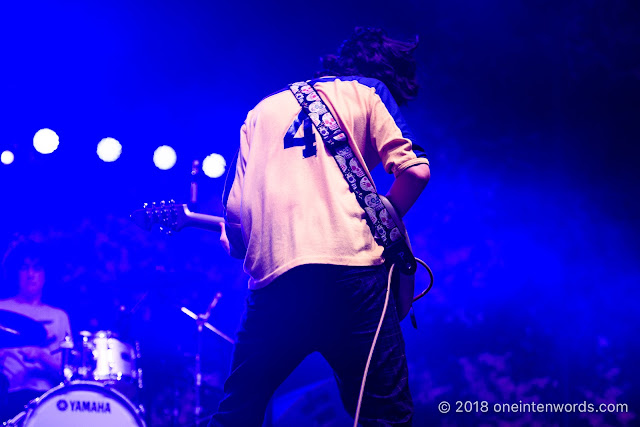 Calpurnia was the second-last band to hit the stage at Royal Mountain Records Festival at Hamilton, Ontario's Royal Botanical Gardens Arboretum, but based on the fans in attendance and crowd response, I'd say they were the headliners or at the very least, co-headliners of the festival.

Calpurnia fans started lining up hours before the gates opened, and there were fans who stuck it out in their spots on the rail for the entire sweltering hot day to see Finn, Ayla, Jack and Malcolm play their chill, indie rock tunes and select covers of legendary bands like The Beatles, The Pixies and Twin Peaks.

The tunes may be chill, but their performance is high energy and compelling to watch. The band is tight and their tunes come across well live. Ayla's guitar playing is a definite highlight, complemented by Finn's unstoppable energy and stage antics, Jack's multi-instrumental talent, and Malcolm holding it all together with his low key drumming.

I had already seen Calpurnia live at Osheaga a month prior to this festival, so I knew what to expect from both the band and the audience. It was tons of fun and I'll happily take in their performance again, while looking forward to what they produce next. Their EP Scout is out now.

Check out some Calpurnia tunes from their setlist.