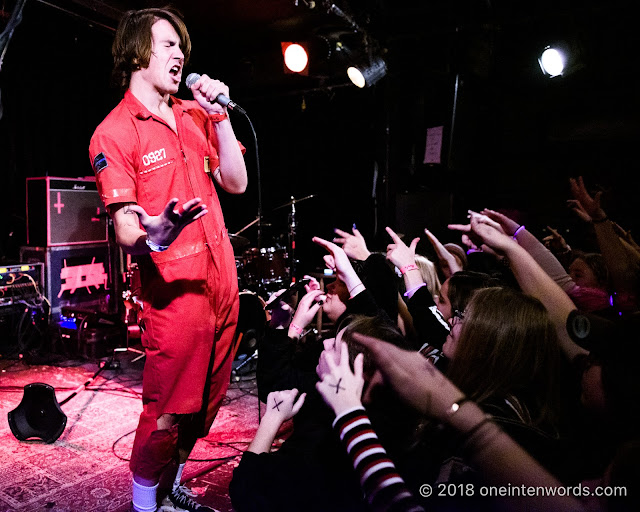 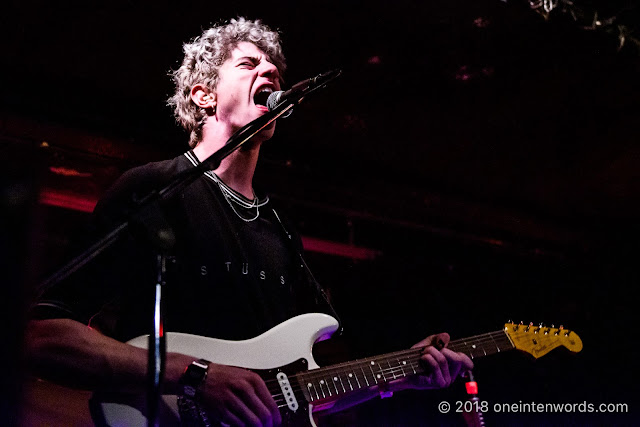 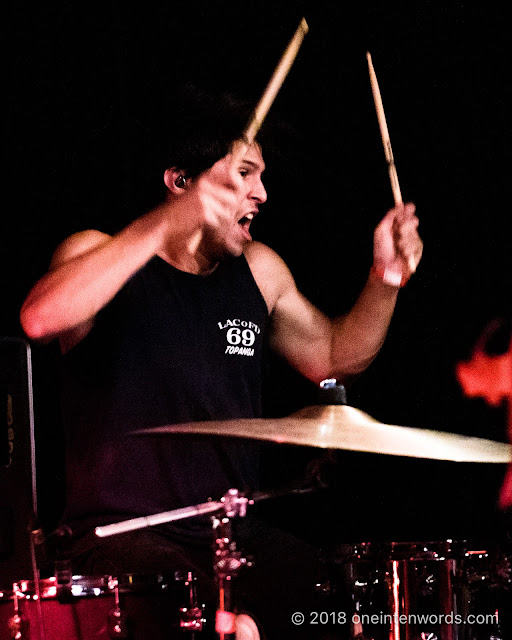 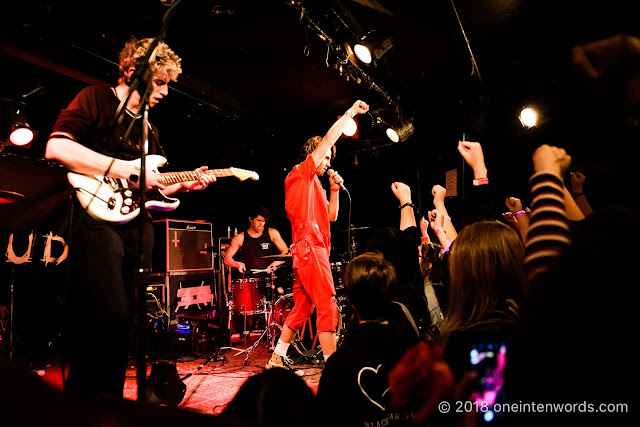 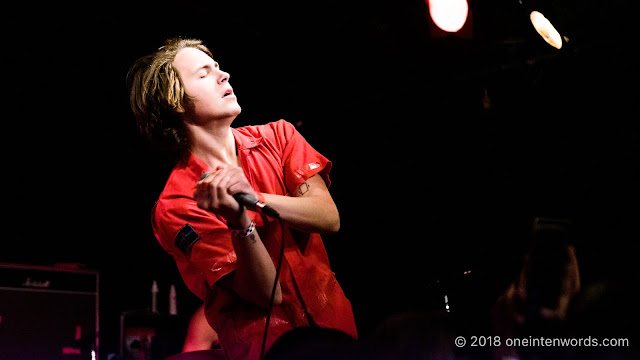 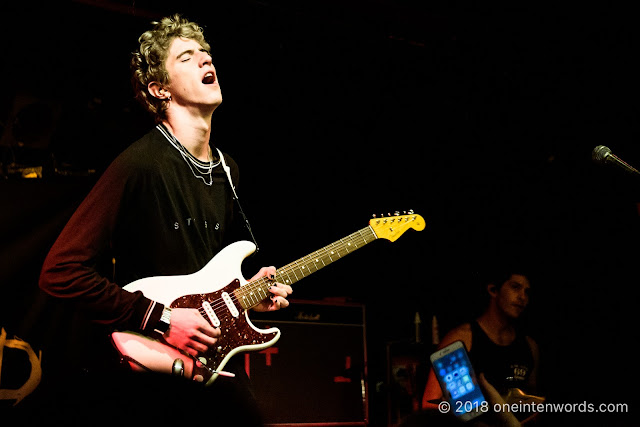 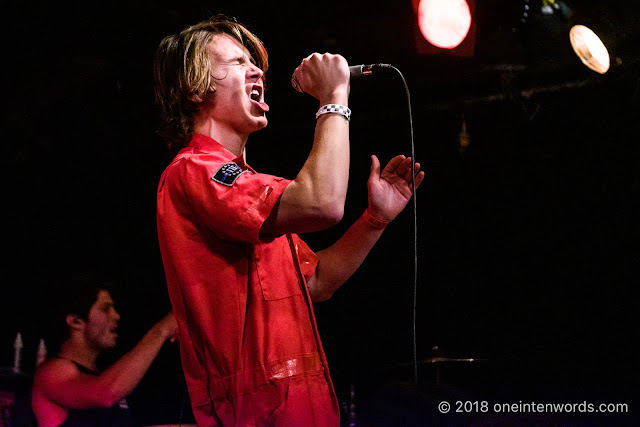 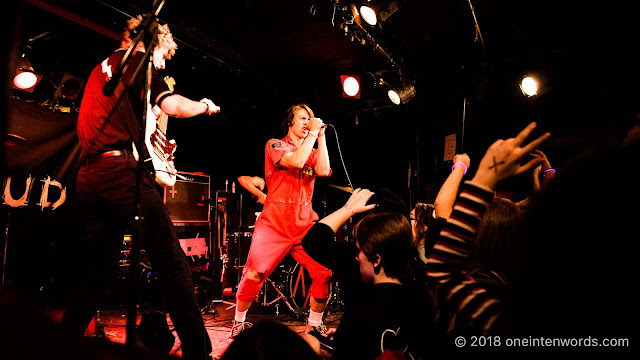 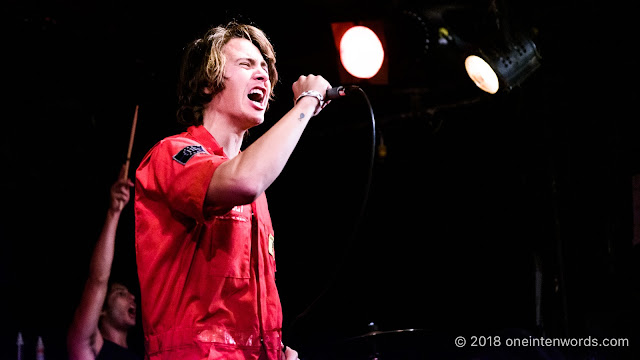 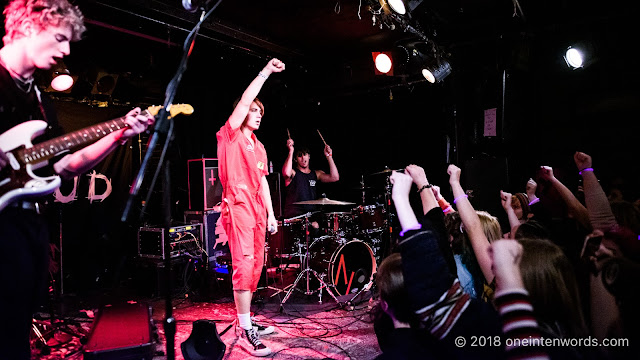 Louisville, Kentucky hip-hop inflected rock band Arrested Youth was up first on the Rivoli stage opening for Yungblud. They faced a packed, enthusiastic audience, some of whom were waiting outside on Queen Street West since dawn to see the show. It's a tough job for an opening act, standing between the audience and the headliners, but Arrested Youth put their crazy high energy to work and got the crowd going nuts.

They had a ton of fun, with the drummer and guitarist switching instruments part way through the show, then back again. I think I heard some of Smashing Pumpkins "Cherub Rock" in their set along with Blur's "Song 2". They played "My Friends Are Robots" off their debut album about life in corporate America. All three band members left corporate jobs to do music. I think they made the right choice.

Their new album Fear had just come out about three weeks before the gig, and they did a great job getting everyone into it.

My photos of Yungblud's headlining set are here.

Check out some of Arrested Youth's music:

"My Friends Are Robots"