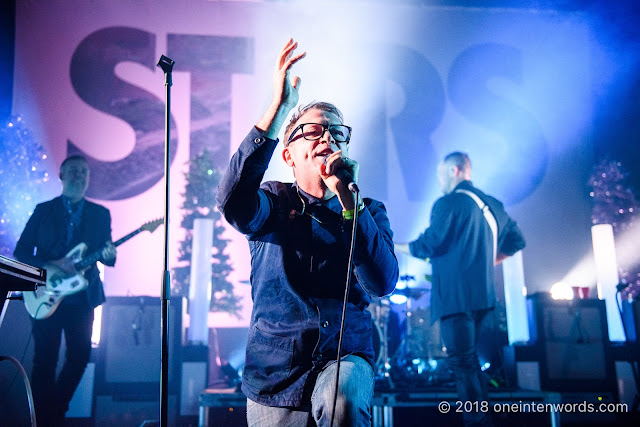 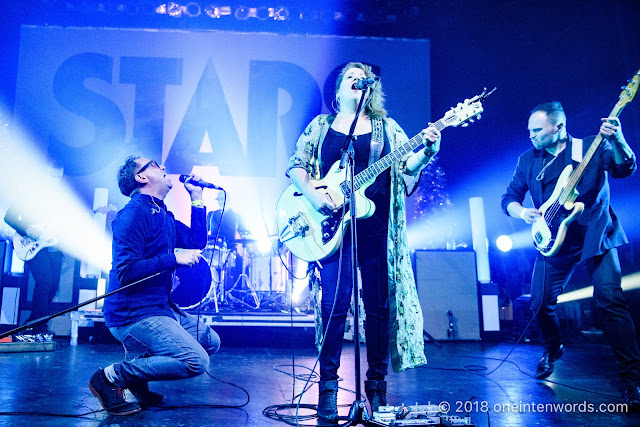 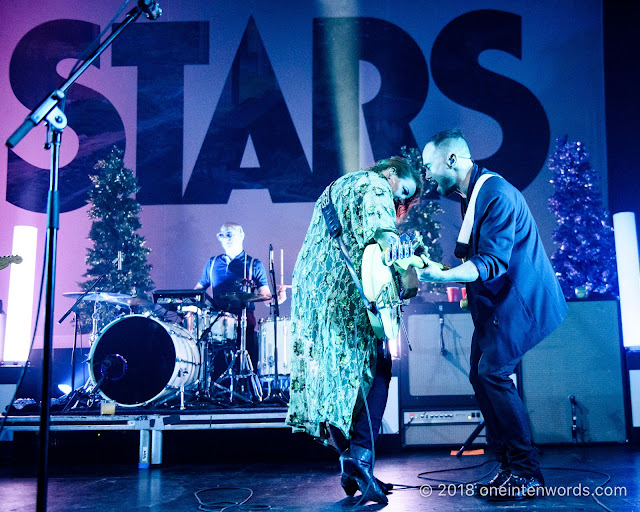 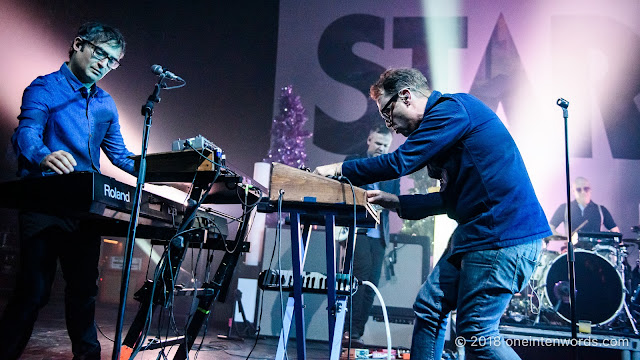 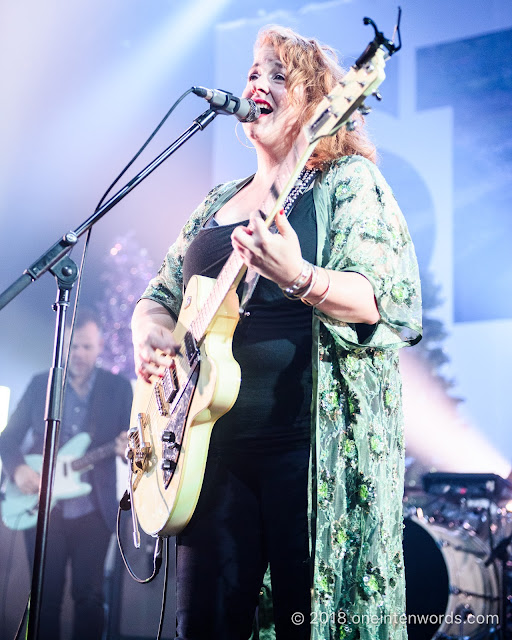 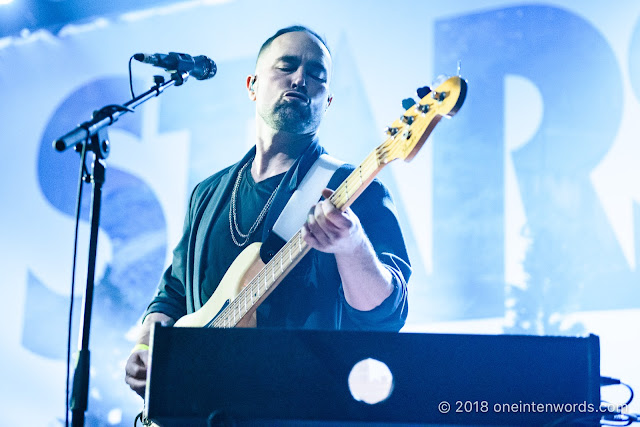 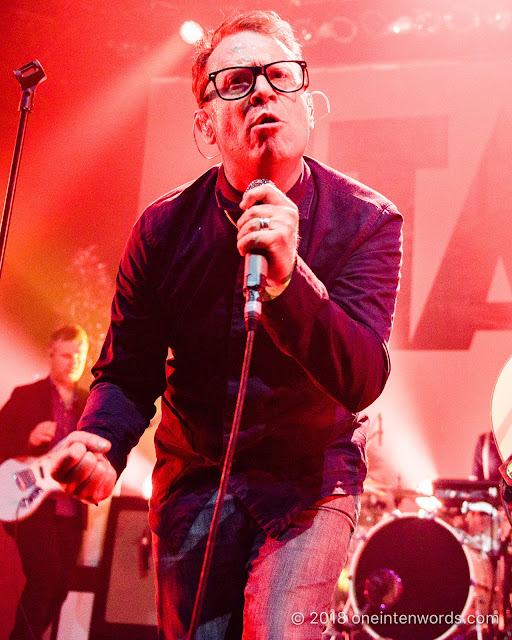 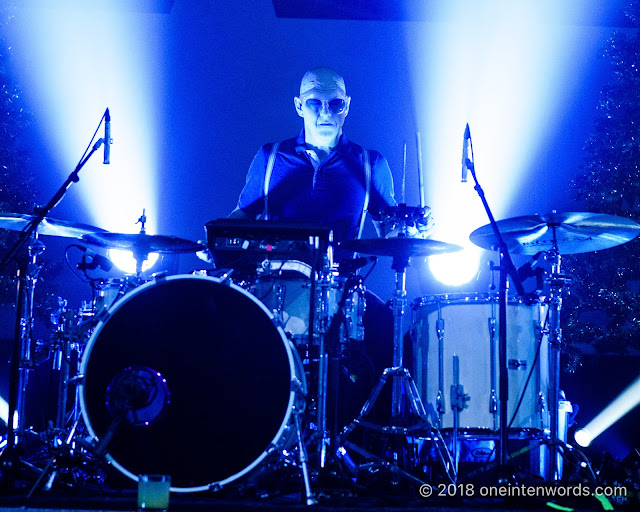 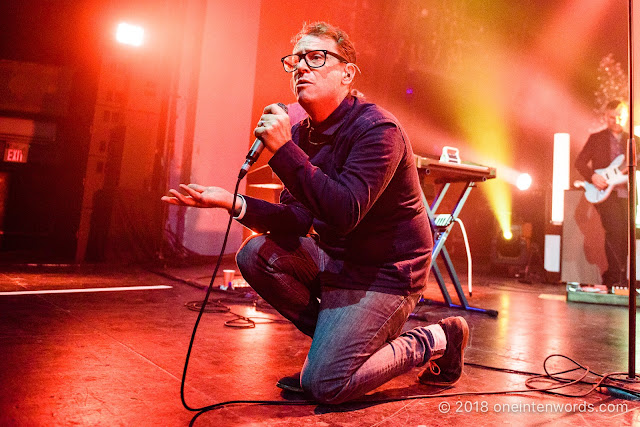 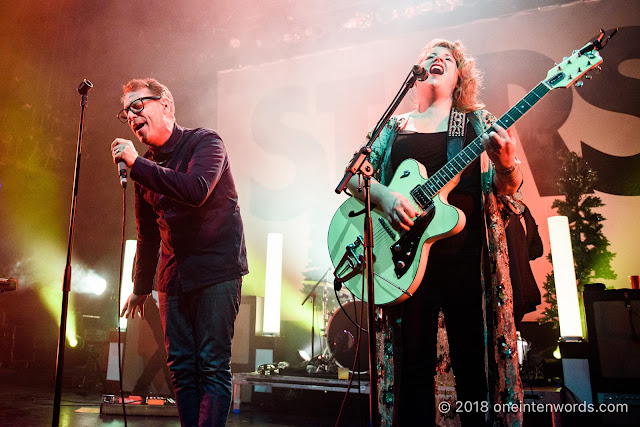 Over the past fifteen years or so, Stars have gone from being a band crafting some of the most ambitious and emotionally connected indie pop tunes anywhere to being legends of the Canadian indie pop world. Their output has been consistently envelope-pushing and they’ve never rested on their laurels. So few artists ever get the chance to create a work as powerful, compelling and connected to their fans as Set Yourself on Fire has become. Some might be content to ride that wave and continue to create work in that vein for the rest of their careers. Not Stars, and probably not any true artist.

Stars showed us all just how much they’ve accomplished musically over the years with two sold-out shows at Toronto’s Danforth Music Hall. The sets spanned their career from early tunes like “Elevator Love Letter” through personal favourites like "Ageless Beauty", Take Me to the Riot", "Dead Hearts", "Hold On When You Get Love and Let Go When You Give It", "Trap Door", "Your Ex-Lover is Dead" (it's so glorious hearing everyone singing along), and "No One Is Lost", through to their most recent releases featuring tracks like "Alone" and "Ship to Shore".

Before the band played "Privilege" from their latest full-length release, There Is No Love In Fluorescent Light, Torq admonished the crowd by saying, "If you talk during this next song the ghost that you’re most afraid of will haunt you for the rest of your fucking life. It’s not a threat, it's science." If only that was true. Everyone standing around me near the back of the hall still yapped away.

Being a Christmastime concert, the finished out the night with their faithful yet uniquely-Stars cover of The Pogues & Kirsty MacColl's "Fairytale of New York".

I love this band, I love their music and I will forever want to continue experiencing their music, their live shows and to continue to capture their images at those shows. One thing that struck me as I watched this show was, "Was it really two whole years since I saw a Stars show?" Shocking that it was.

Check out our previous Stars coverage from The Danforth Music Hall in 2016, Wayhome 2016, The Phoenix in 2015, Nathan Phillips Square during the Pan Am Games, again at The Danforth back in 2015 and at Riot Fest in 2014.

My Brightest Diamond put on a fantastic opening set. Check out my photos here.

And enjoy a bunch of music from Stars setlist.

"This Is the Last Time"

"Your Ex-Lover Is Dead"