Stars at The Phoenix: Set Yourself on Fire turns 10 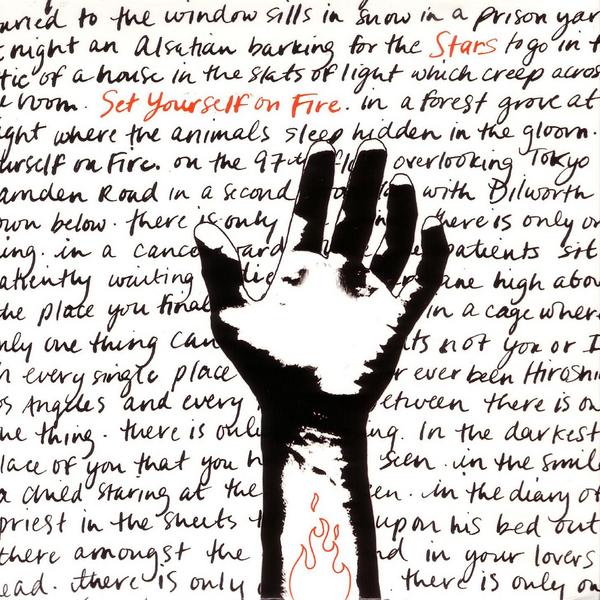 Last night was the third of three sold out nights of Stars at The Phoenix Concert Theatre in Toronto. It was the first night to go on sale for their celebration of the tenth anniversary of one of my absolute favourite albums ever, Set Yourself On Fire. I wasn't going to write a post on this show because I wasn't able to photograph them. I'd say that this site is about music first, then photography second and the writing comes third, so a review of a show without pics is not typically my thing. But this show was about music. I know that ultimately they all are, but this band and this album are so special and close to my heart, and this show was a moving tribute to this great band's creativity, so I knew I wanted to write about it, photos or not.

I got to the venue pretty early but it was already crowded with fans trying to stake out the best spot possible to see this very special show by a band that is very close to the hearts of a lot of music fans. This album in particular, Set Yourself On Fire, is special to fans. It's an amazingly solid record from front to back with songs, sounds and themes that resonated with many, many people.

This show was special in that they were playing Set Yourself On Fire in it's entirety, in order. Stars hit the stage to the delight of the crowd with the opening track "Your Ex-Lover Is Dead". I think that just about everyone in the Phoenix sang along with this one. As they progressed through the album, the strength of the album, the individual songs, and the band, became more and more apparent.

The band brought along some friends in the form of a sax player and violinist. This additional instrumentation added some extra dimension and feel to some of the tracks.

While so many people sang along to every word of every song, "Ageless Beauty" and "Reunion" were the next big singalong songs. The band progressed through the album's sublime music with "The First Five Times" as a big personal highlight. The portion of the show dedicated to Set Yourself On Fire finished with the power of "Soft Revolution" and the song that the audience sang more than Amy, "Calendar Girl".

Once the album was finished and Torq started addressing the crowd, I realized that there was no between song patter during the playing of Set Yourself On Fire. Nice touch.

Stars then launched into the rest of their set with "Hold On When You Get Love And Let Go When You Give It" from 2012's The North, "Trap Door" from 2014's No One Is Lost, "Dead Hearts" from 2010's The Five Ghosts, a personal highlight of mine in "Elevator Love Letter" from 2003's Heart, "Midnight Coward" from 2007's In Our Bedroom After the War, and their main set closed with the title track from No One Is Lost. I just love seeing an entire venue of fans with their hands in the air to refrains of "Put your hands up 'cause everybody dies", "Put your hands up if you know you're gonna lose" and "Put your hands up if you ever feel afraid". Hurray for mortality and insecurity!

This set of tunes that covered a wide cross-section of their discography, both from before Set Yourself On Fire and after, really highlighted that while Set Yourself On Fire is a favourite of so many fans, the Stars discography is super-strong and the band continues to create music that stretches the boundaries of what it means to be Stars as they add more and more amazing songs to their setlists.

Of course, an encore was going to follow. They returned to the stage to play us the incredible and powerful "Take Me To The Riot" from In Our Bedroom After the War. They followed that up with the seasonably appropriate cover of The Pogues and Kristy Macoll's "Fairytale of New York". We all could have enjoyed more music, but this was a fitting end to a fantastic show. I've seen Stars at least 7 times and I've been lucky enough to photograph them at Riot Fest, The Danforth Music Hall and Panamania. This show was yet another highlight and I look forward to the beauty that the band will no doubt continue to create.

Here's all of Set Yourself On Fire:

"Take Me To The Riot"