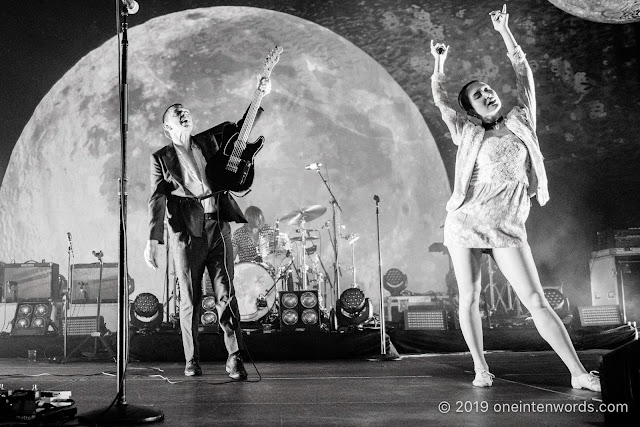 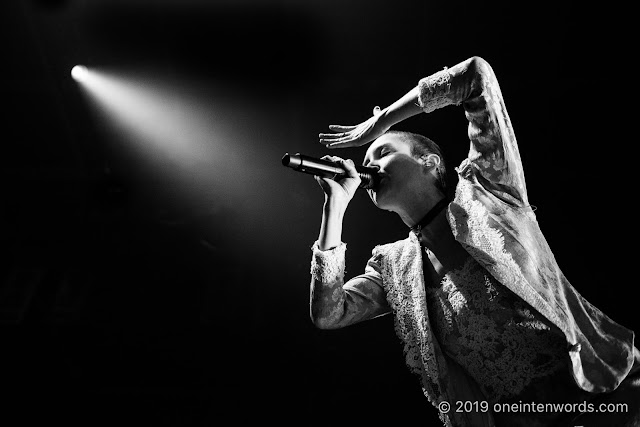 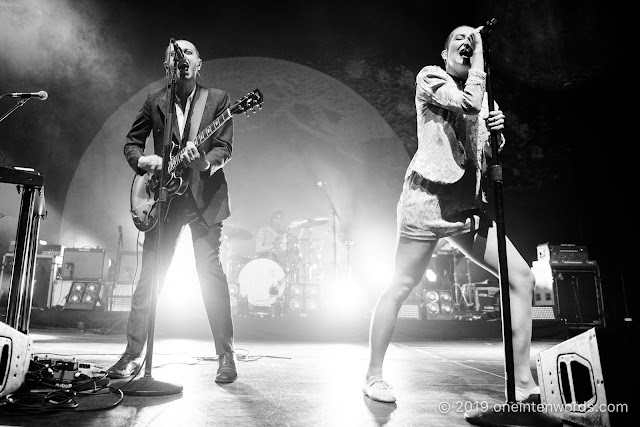 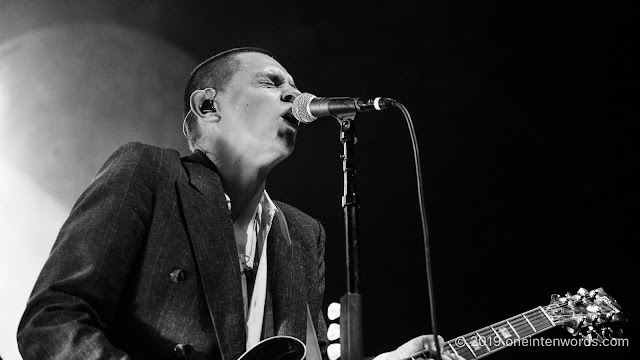 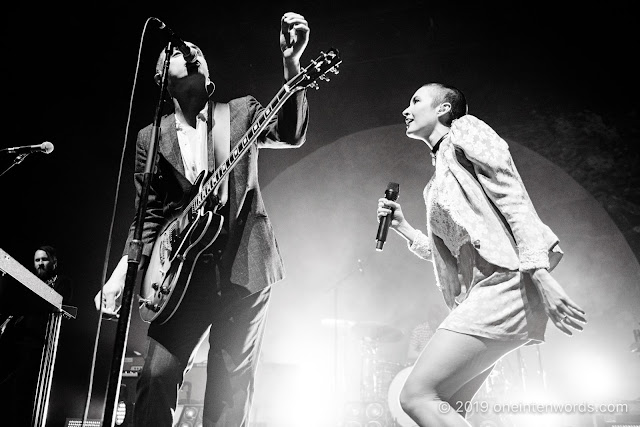 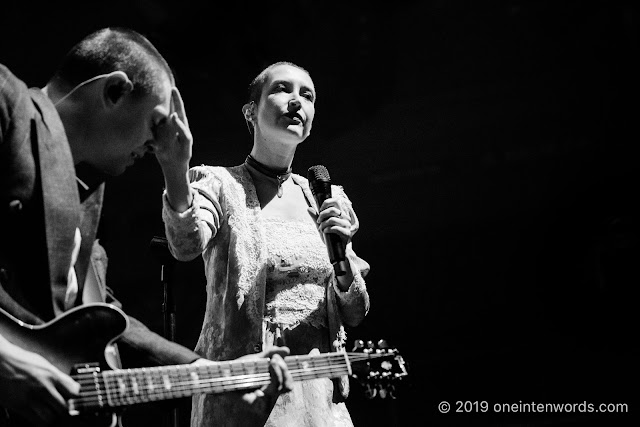 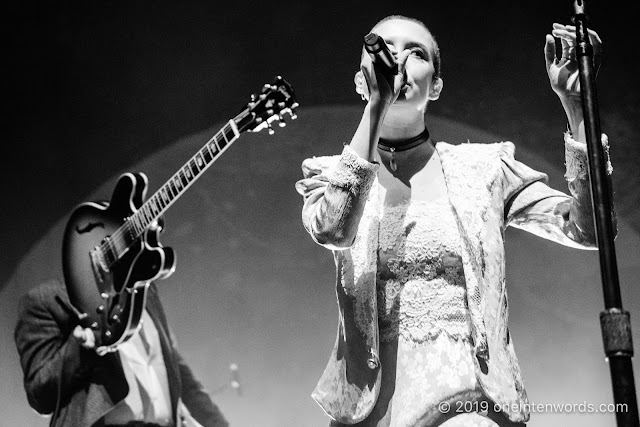 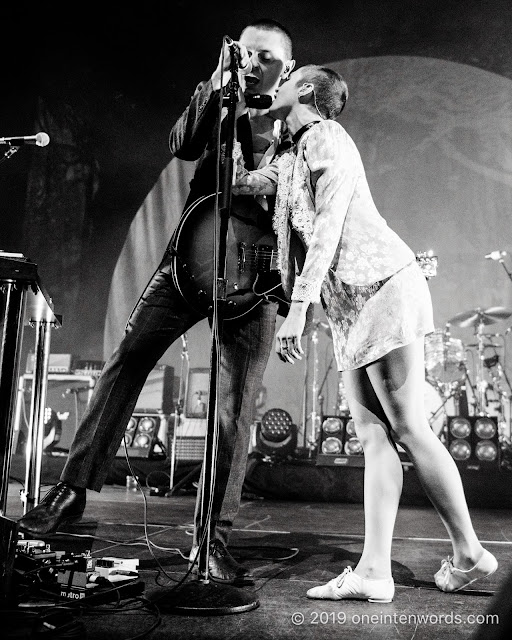 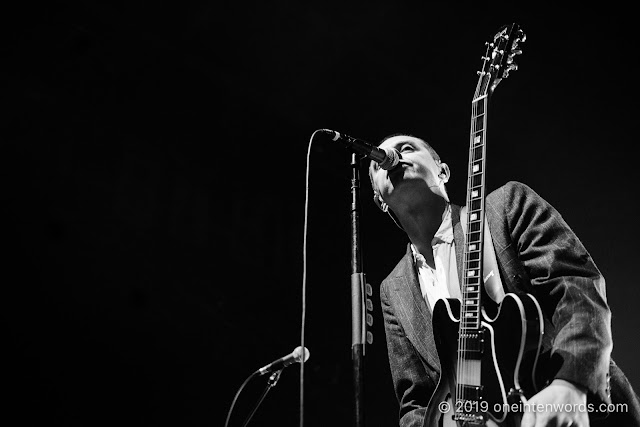 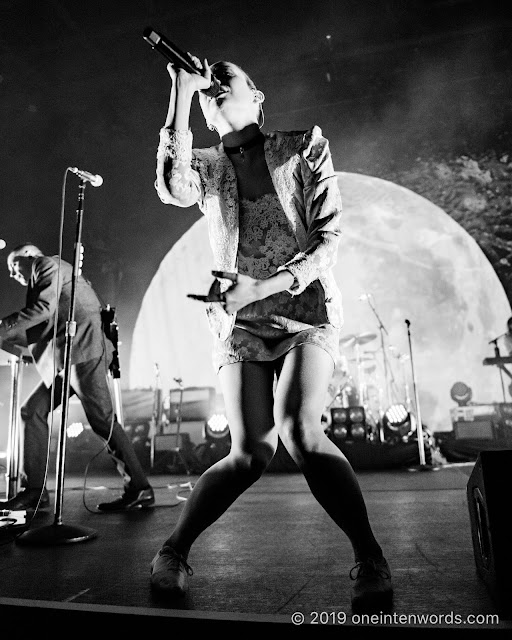 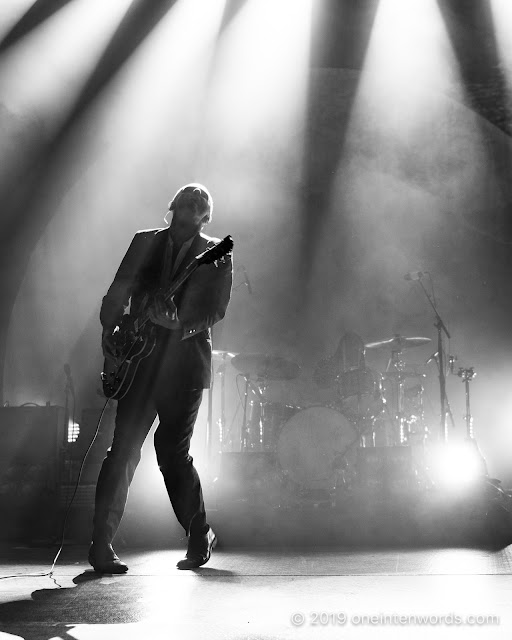 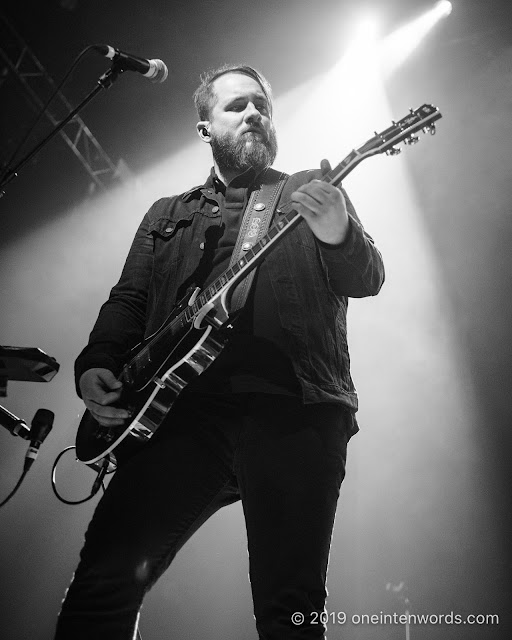 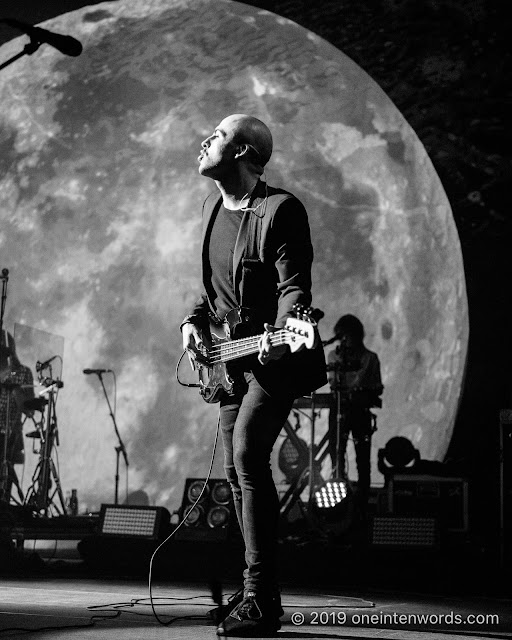 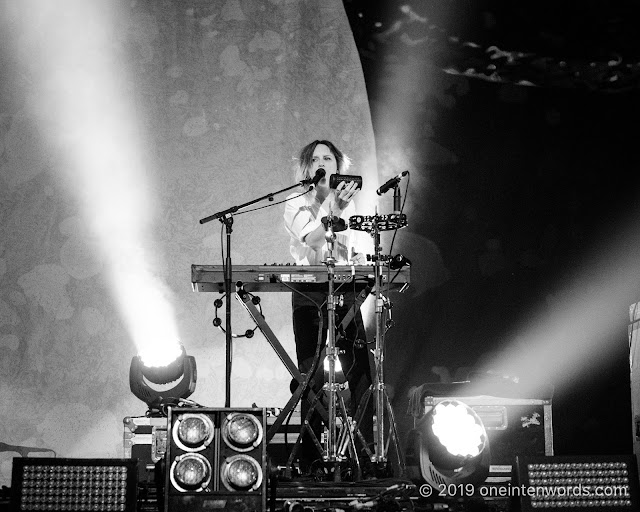 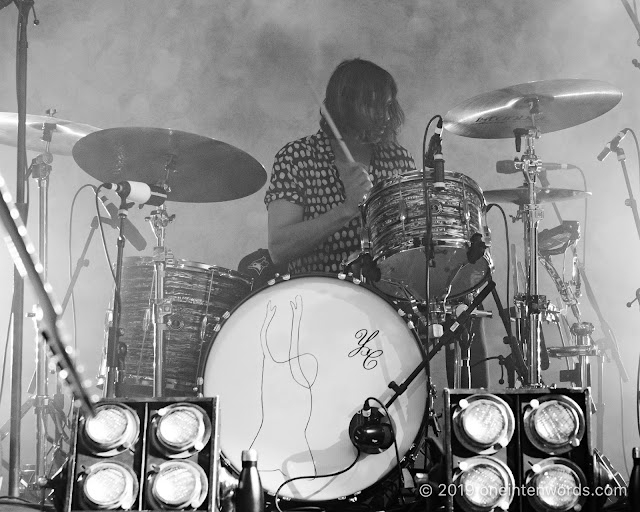 Leah Fay and Peter Dreimanis are two of the most dynamic and magnetic front people to have ever taken to the stage. Along with bandmates Ian Docherty on guitar, bassist Josh Warburton, and drummer Danny Miles, and joined on this night by Dani Nash on keys and percussion, they are July Talk: one of the best bands Canada has ever produced, role models and champions for positivity, inclusion and empowerment, Juno award winners, creators of incredible and uplifting music, and a live performance powerhouse.

On this night, they appeared on the Budweiser Gardens stage in London, Ontario and were sandwiched between headliners Metric and Murray A. Lightburn. Please click through on those links to check out my photos of those performances.

July Talk had a hell of a climb by the time I saw them for the first time at Lee’s Palace in 2014. (Apologies for not getting the black and white thing for a while.) They’ve continued to ascend since then and keep impressing as people, as performers and as creatives.

Their set started off strong with "Headsick", "Guns + Ammunition" and "Now I Know" before switching to a bunch of new music. "Pay for It" is a beautiful new song about toxic masculinity, "Still Sacred Can Fall" has a moody depth, "The News" is an upbeat rocker, and "Pretender" is dark and intense with a powerful beat.

They dedicated "The Garden" to local venue Call the Office. "Touch" was accentuated with blood red lights and reaching hands for a backdrop.

The magnetic interplay between Leah and Peter came out especially strongly during "Beck + Call".

I didn’t want it to end, but like all good things, it had to. Before any of us were ready, they finished out their set with "Push + Pull".

While Lee's Palace in 2014 was decked out in black and white stripes with two stage extensions, the 2019 July Talk stage had a moon backdrop that projected video of the band. They also brought a giant moon balloon that came down during the show. They said it was because the full moon makes everyone a bit weird and they bring the full moon with them everywhere.

If you want to check out a few of my recent photo sets on July Talk, please click through for my photos of them at last summer's Riverfest Elora and their amazingly intense Horseshoe Tavern show during CMW 2018.

Here are a few of my favourites from the band's set: