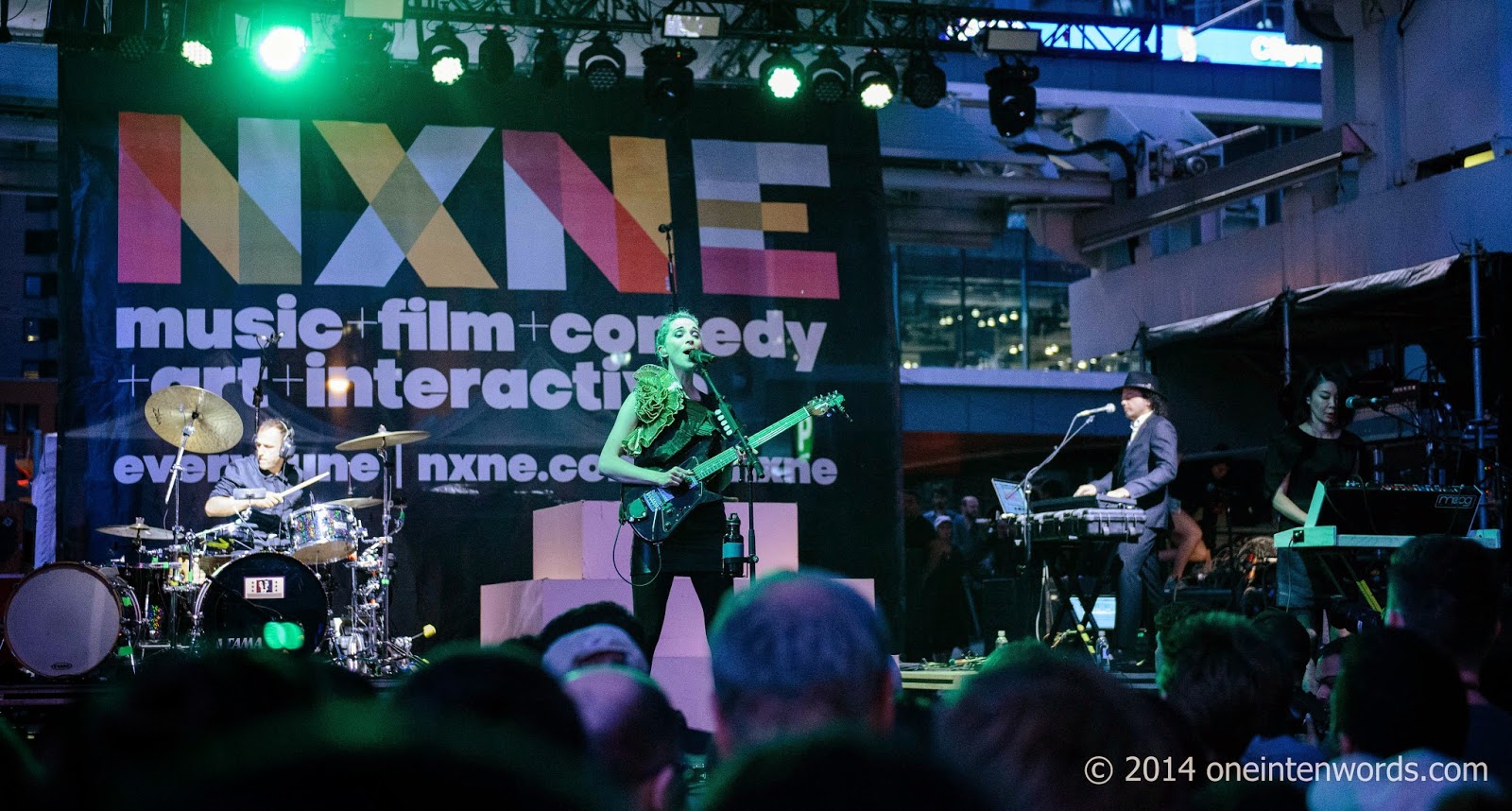 I remember noticing that St. Vincent was coming to London, Ontario on their 2014 tour. I remember thinking that I could drive to London to see them. I even knew some folks I could crash with. But I thought it was peculiar that they were playing so close to Toronto but not actually hitting a Toronto venue.

Then I remembered NXNE.

Turns out that I was right not to make all the arrangements to go to London to see St. Vincent, although that would have been cool. Annie Clarke and the band played one of the free headlining shows at Yonge-Dundas Square in downtown Toronto.

I experienced St. Vincent along with several thousand Toronto music fans who packed the square and surrounding streets to catch her unique and wonderful show. They were in fine form and the setlist hit up some big tunes early on, which I hope snagged some more casual fans. Her guitar playing was inspiring. There aren't as many guitar heroes as there used to be, and even fewer unique artists like Annie Clarke who put together quirky pop music with vintage guitar tones, angular riffs and fusion-like solos.

Her unique phrasing and off kilter but wonderfully brown riffs and sounds makes her a new kind of guitar hero for a new generation of guitarists. As I tweeted not long after the show, Annie Clarke is my new favourite guitar player.

At one point she poured herself down the stairs backwards. The guy next to me exclaimed, "Annie, what are you doing?" A question that I'm sure came up a few times during the unique show. I loved the performance and would travel as far as London to see St. Vincent again. Here are some of my favourite tunes she played during the show.

"Cruel" is one of the tunes that first really made me appreciate the genius of St. Vincent

"Bring me your Loves" closed out the main set.