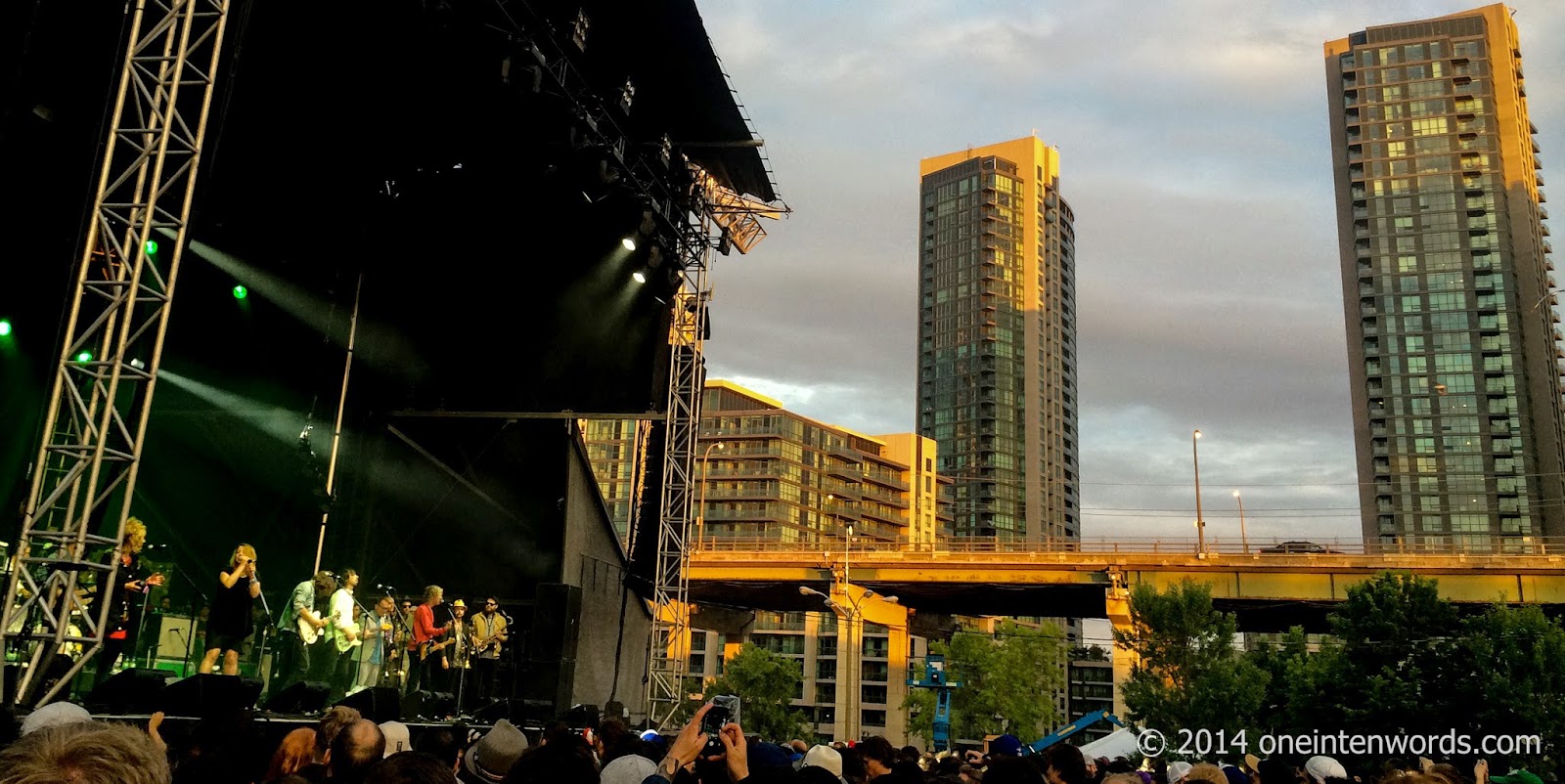 I felt really lousy when I missed a weekend of posts as I enjoyed a couple of headlining performances at NXNE. But then when I got around to rescheduling these Field Trip posts, I noticed something rather serendipitous; this final Field Trip post, the one on Broken Social Scene, would land on Canada Day. How perfect. Let's hope I don't fuck it up. 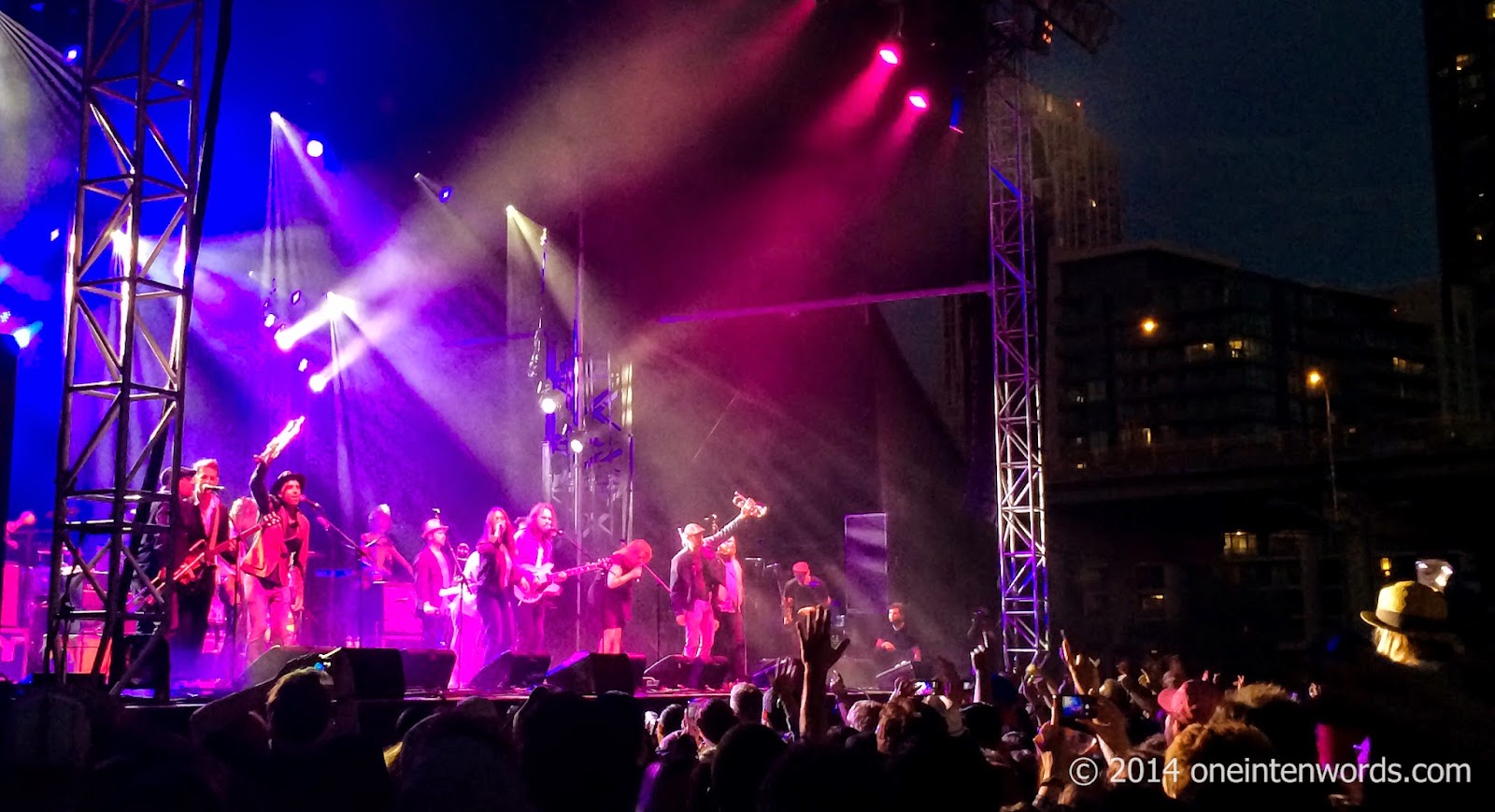 In addition to the star-studded line-up that is Broken Social Scene, a number of special guests joined the show. Gord Downie hit the stage for "Texaco Bitches". Bill Priddle from Treble Charger graced the stage. James Shaw from Metric was seen blowing the trumpet. Torqil Campbell from Stars was up there, clearly loving the spotlight. The legendary Andy Kim joined the band for "Sweetest Kill".

Seeing BSS on stage with so many friends certainly made the Arts & Crafts moniker seem apt as everyone grabbed instruments and joyously danced around like kids at camp. 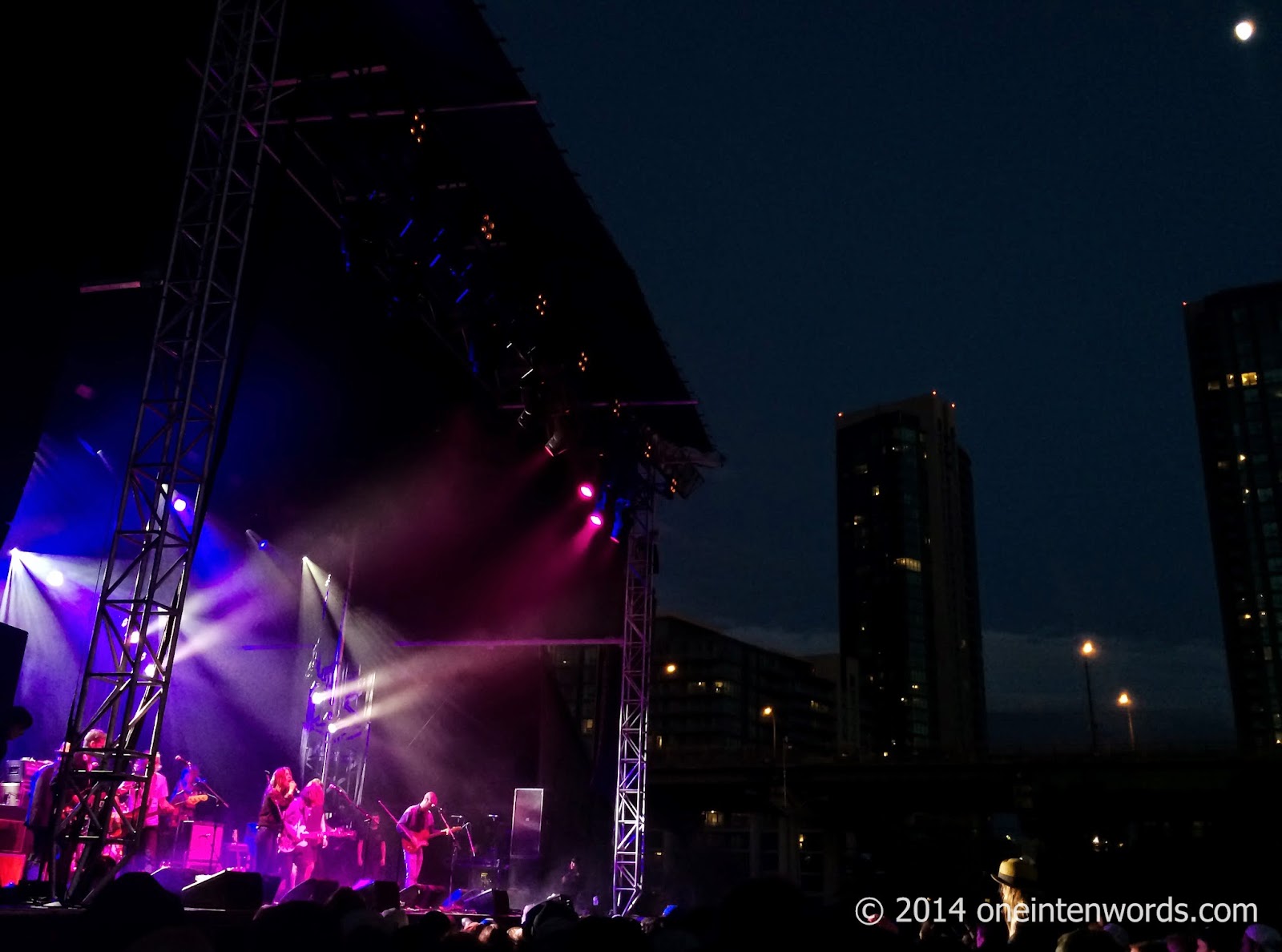 Here is every song they played, in the order of the setlist.

"Handjobs for the Holidays" from Broken Social Scene

"Cause=Time" from You Forgot It In People. Definitely one of my all time faves.

"All to All" from Forgiveness Rock Record

"Pacific Theme" from You Forgot It In People. That dreamy hook was perfect for the early summer night.

"Forced to Love" from Forgiveness Rock Record. Another one of my absolute favourites.

"7/4 Shoreline" from Broken Social Scene is probably my all-time favourite BSS tune, if I had to pick just one. Somehow on this night it was more perfect than ever. That horn line literally brought a tear to my eye as I bathed in the music, the energy of the band and the crowd, and the now-cleared up Toronto evening. Perfection.

They returned to the stage for an encore, of course.

"Meet me in the Basement" from Forgiveness Rock Record finished the show. The driving beat and relentless hook was a perfect way to end the show, after which we all went smiling into the night as an incredible weekend of sunshine, rain, food and music moved into our memories. Incredible.