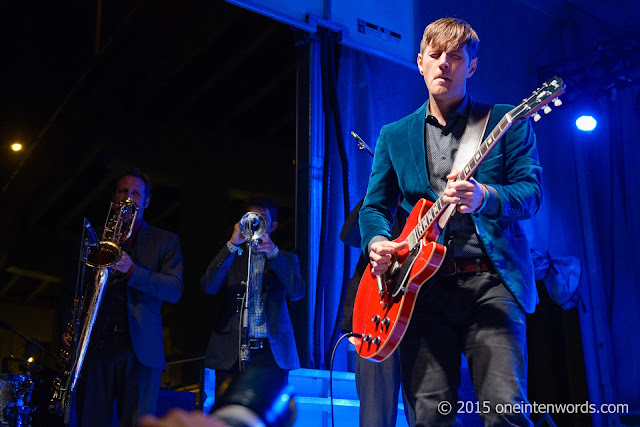 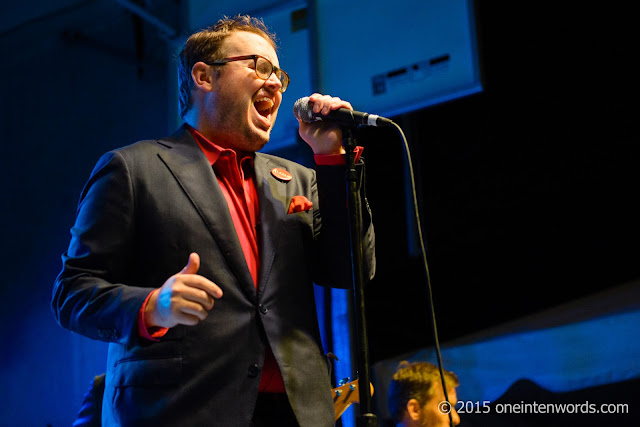 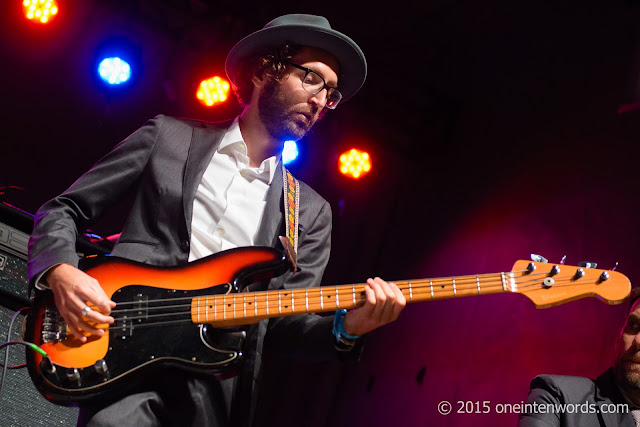 St. Paul and the Broken Bones' popularity seems to be growing quickly. From high-profile fans like David Letterman through to bigger and bigger gigs, this is a band that's going places fast. They were the second last act to appear on the South Stage of The Toronto Urban Roots Festival on the second day of the festival. They also played a jam-packed Club Bonus Series show at Lee's Palace on Sunday night, which was impossible to get into.

Getting the band up on stage without singer Paul Janeway for the first track has a number of advantages. It gets the crowd on their feet and dancing, amping up the anticipation of Paul coming on stage and the show really getting rolling. It also allows photographers and the crowd to get a good look at the band. Because Paul is such a magnetic presence that once he hits the stage, no one is looking at anyone else. 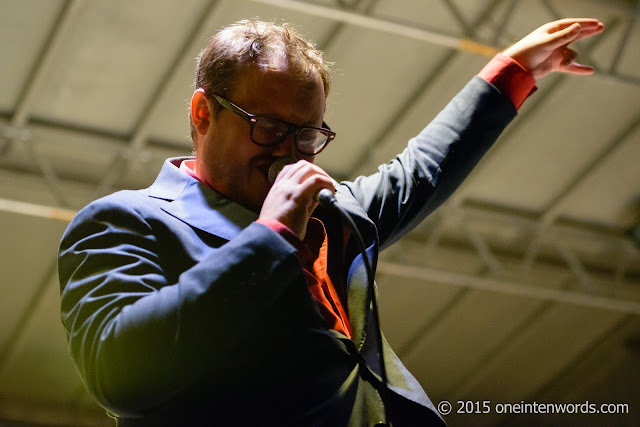 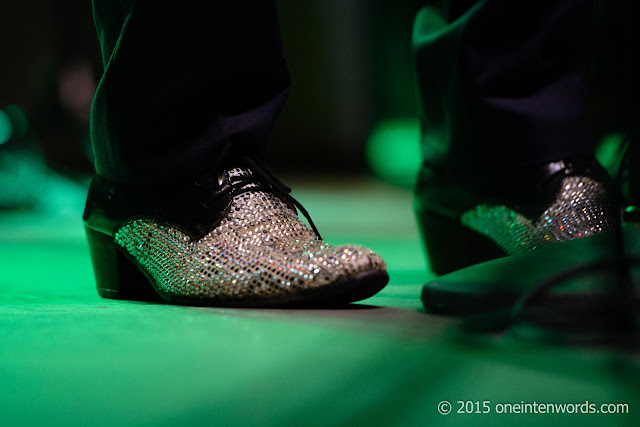 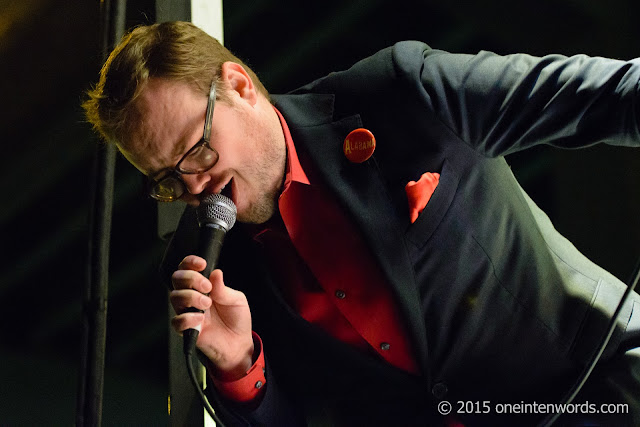 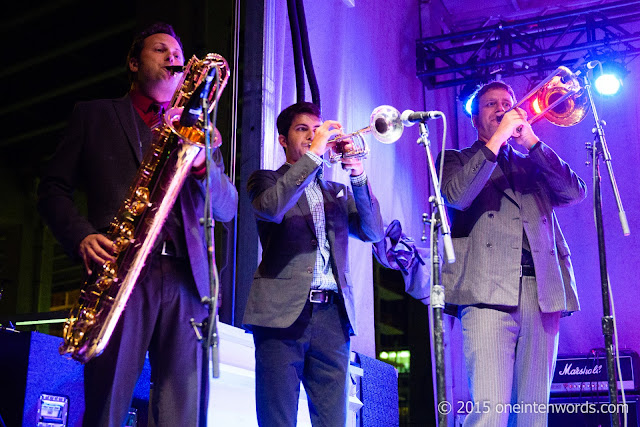 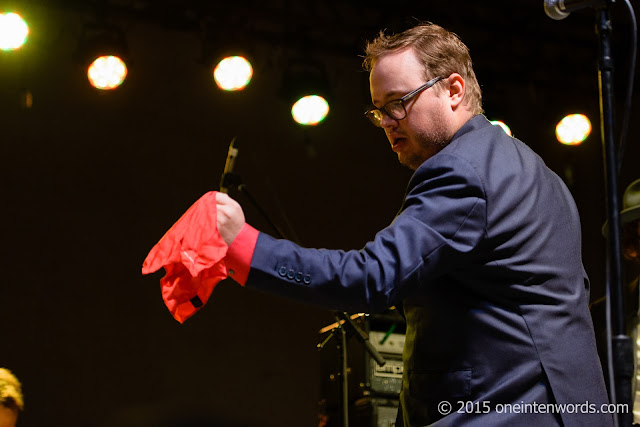 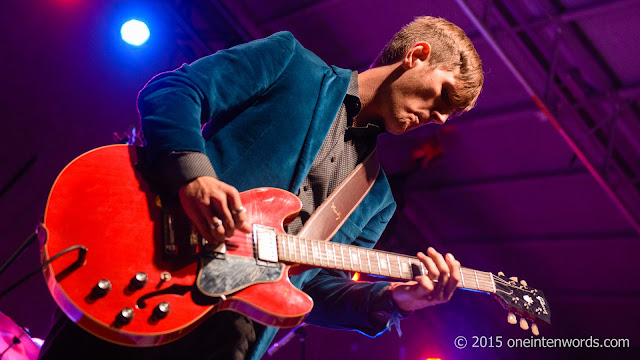 St. Paul and the Broken Bones' set featured the biggest crowd I've seen at South Stage. They played a high-energy set that was just what everyone needed to get themselves fully dried out and warm. Someone called them the highlight of the festival and they weren't wrong, although TURF is a festival of many highlights. Paul is a super dynamic performer and the tunes go down like smooth bourbon. I've said it before and I'll say it again, I'm a sucker for a horn section, and this type of music never gets old for me. 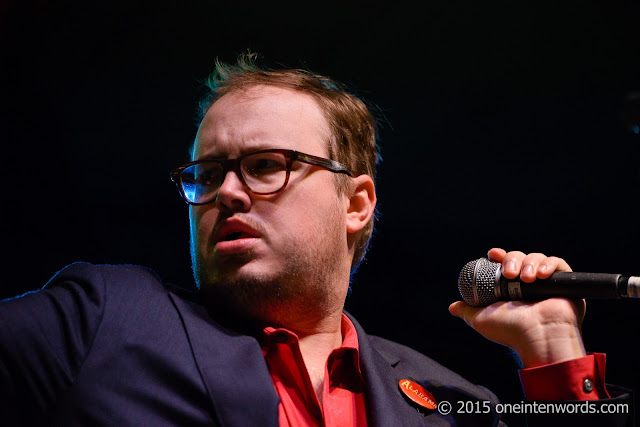 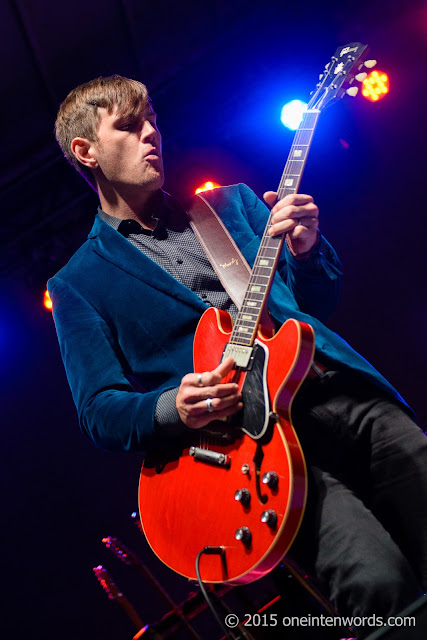 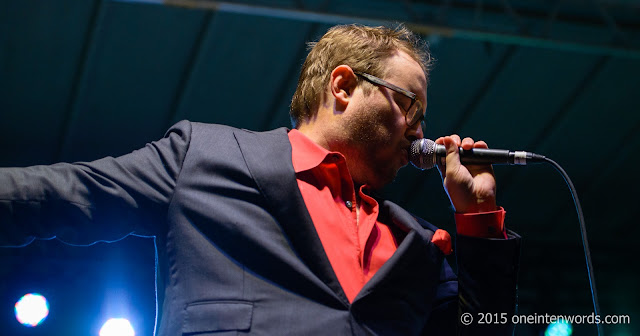 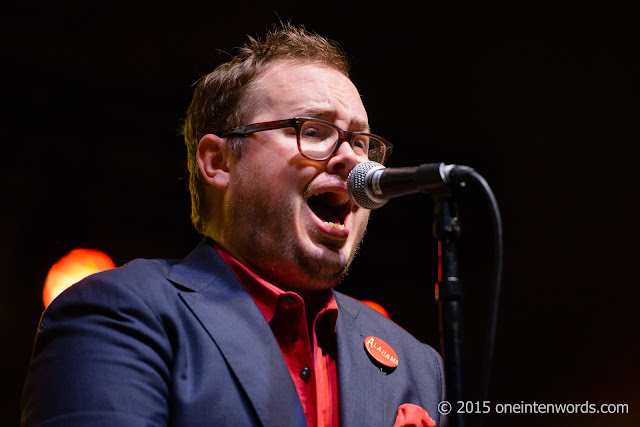 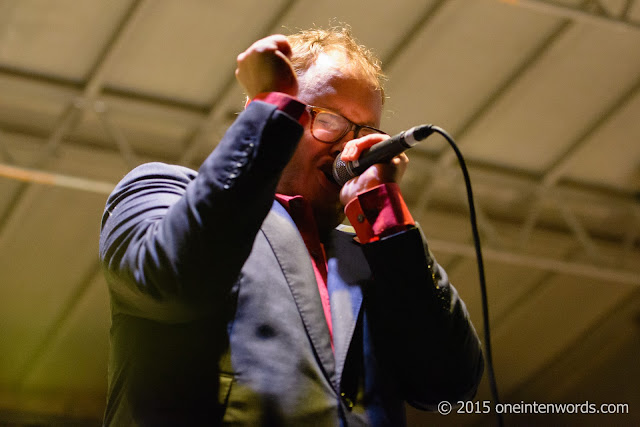 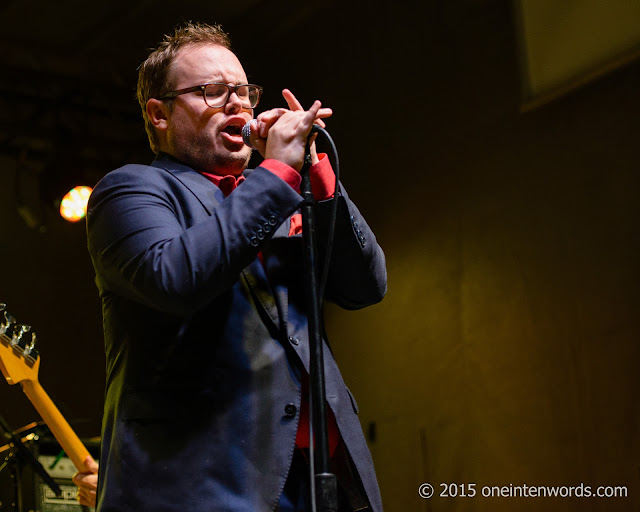 Check out some of St. Paul and the Broken Bones' music: