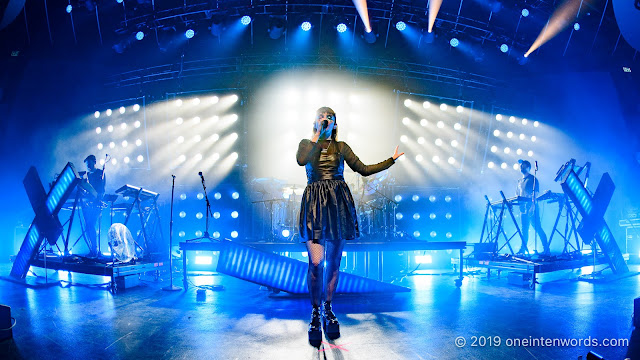 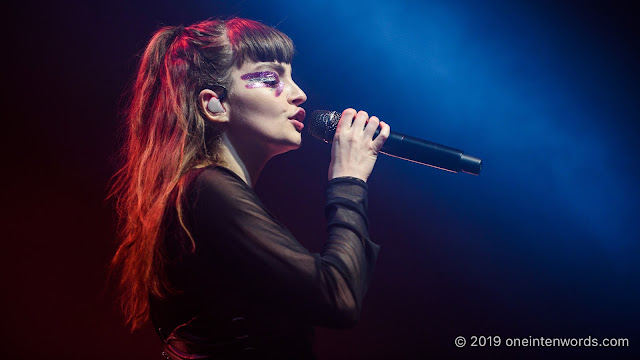 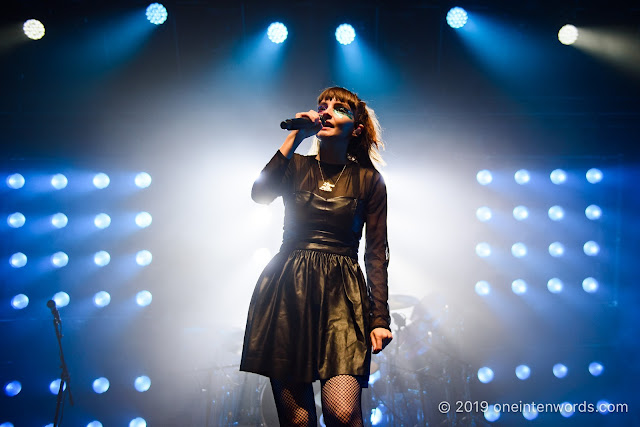 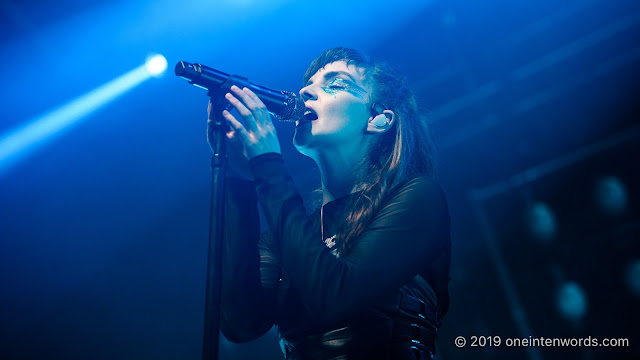 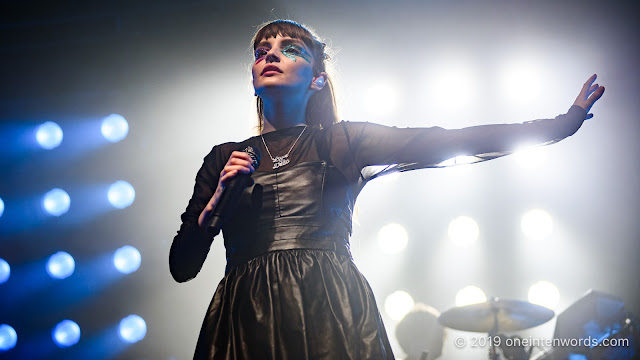 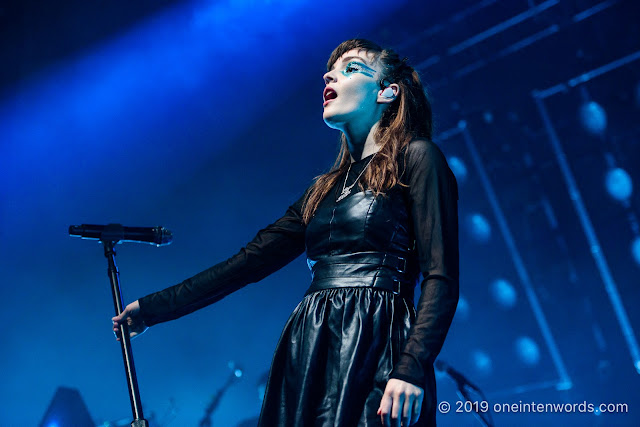 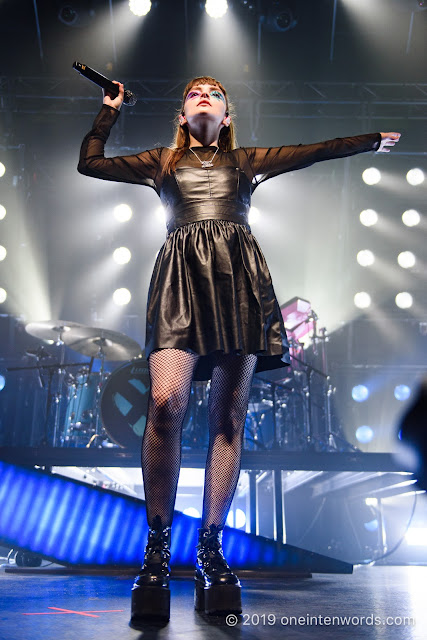 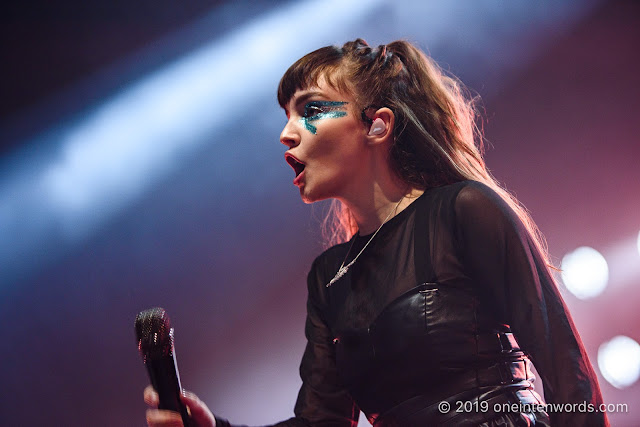 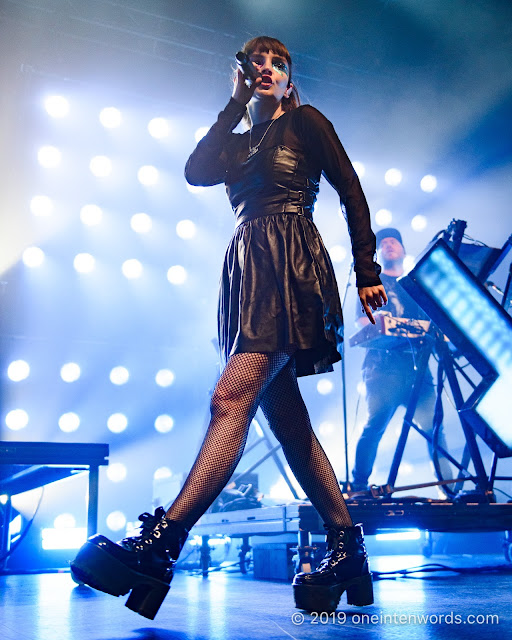 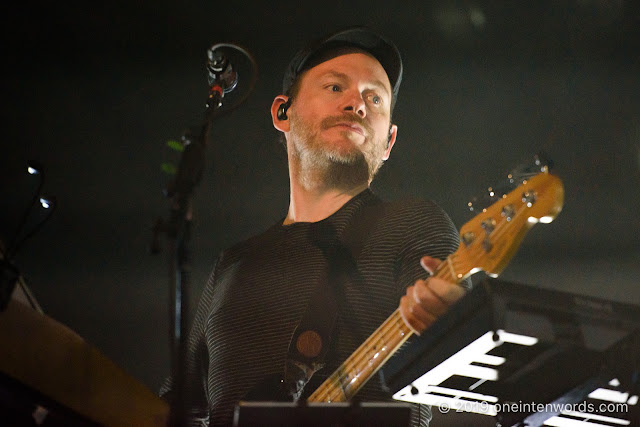 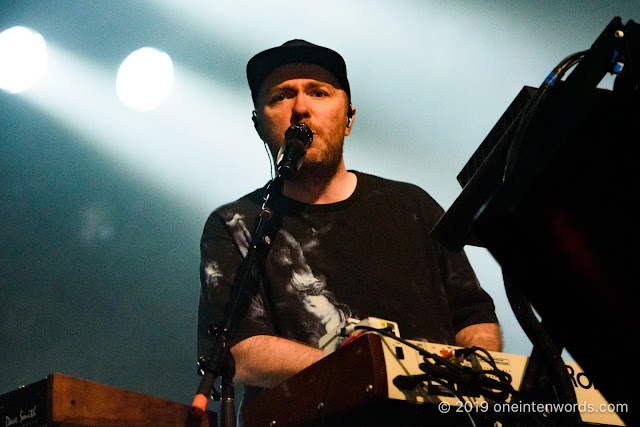 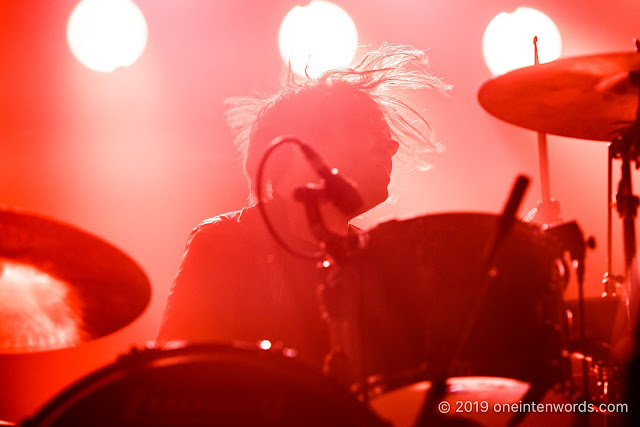 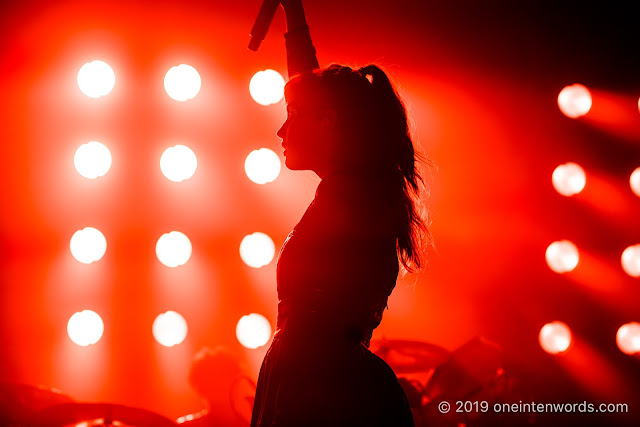 The addictive Chvrches track "The Mother We Share" is where it started for me, as with so many others. The tune is so incredible, and then the band just kept creating more and more amazing tunes. And as they let us into their world, we see such kind, positive, inspiring and empowering people. It's no secret that Chvrches are one of my favourite bands.

This show Sunday night at Rebel was the band's third stop in Toronto on the Love is Dead tour and their growing popularity showed in the bigger venue and the associated bigger crowd at this show. It's so nice to see such a diverse and growing crowd at a show by such a great band. Maybe it was just me, but it seemed that there were a lot more families with small children at this show. Always great to see families enjoying music together.

Chvrches always put on a great show and this performance was no different. Their music and Lauren Mayberry's stage presence always impress and keep me riveted throughout their set. This time out, it felt like they stepped up the light show with the wall of spotlights behind them and the strong lights that twisted and filled the larger venue.

The set spanned the band's discography and had the crowd dancing throughout the show. It was the final tune, "Never Say Die", that seemed to get the biggest singalong.

Speedy Ortiz did a great job opening up this show. Check out my photos of their set here.

And here are a bunch of Chvrches tracks from the band's setlist.