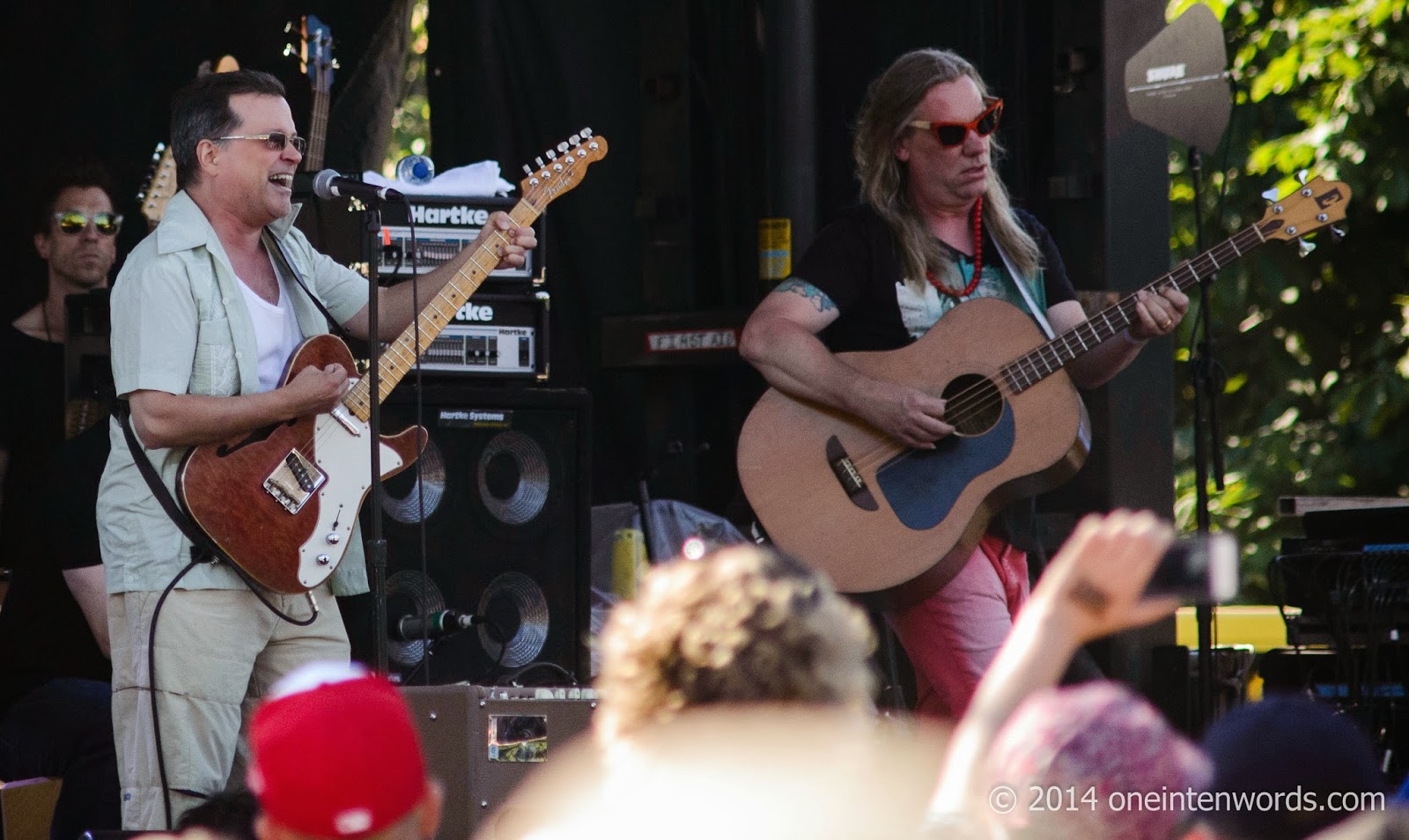 The Violent Femmes released their eponymous début in 1983. I don't think you could find someone who grew up in this time period who listens to pop music who doesn't know at least some of the tunes from that album. And when Violent Femmes took to the stage on Day 2 of TURF, they played the whole thing, front-to-back.

I knew that I liked some Violent Femmes and I was interested to catch their set. I was lazy and didn't head down to the photo pit for their set. I wish I had.

They made one fan's dream come true. He was in the crowd with a sign that read, "Can I play tambourine for 'Add it Up'"? The band noticed and he got his wish. That's him to the right of the drummer in the pic above. At the time of this writing, a picture of him along with his sign is on the TURF home page.

The Violent Femmes' set was tons of fun. Check out some tunes:

"Blister in the Sun"

The remainder of their set was from the rest of their discography. Here's "American Music" from 1991's Why Do Birds Sing?