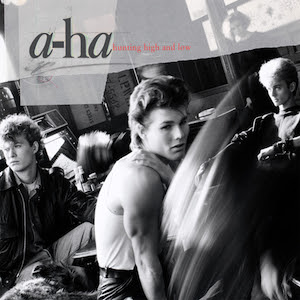 Back in June 1985, thirty years ago, if you can believe it, A-Ha put out a song called "Take On Me" and the album Hunting High and Low. The song and it's accompanying video became a huge hit and has been part of my cultural consciousness since then.


And here's "The Sun Always Shines on TV" from the same album.