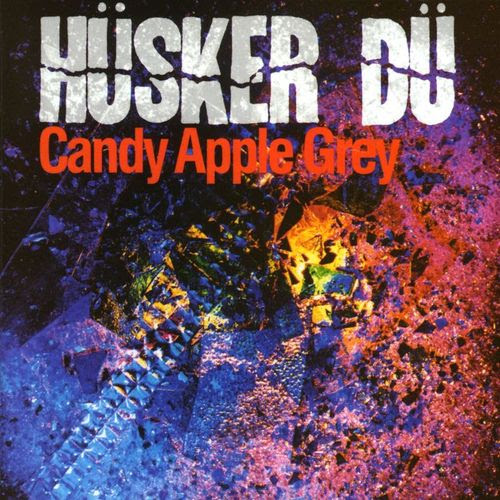 88.1 on the Toronto FM radio dial wasn't always Indie 88. It used to be the radio station of Ryerson Univeristy before they lost their broadcast licence. Back in high school, I used to listen to this hardcore show on the Ryerson station that frankly introduced me to a whole new world of music, including a great many amazing hardcore, punk and metal bands. If I recall correctly, that's where I first heard music from Hüsker Dü, from their major label début and the album whose 30th birthday is this month, Candy Apple Grey.

I mentioned this album pretty recently when Century Palm covered "Don't Want To Know If You Are Lonely" from this great album.

It's full of lyrics, chords, melodies and energy that were eye-opening and super-influential on me as a person, a songwriter and a guitarist. Hüsker Dü, and specifically Bob Mould, has been such a huge inspiration in my life and in music that I'll take any opportunity to share the band and their music. Here I raise a virtual glass to the anniversary of the release of this spectacular album.

And my favourite tunes from this personally influential album:

"Crystal" What a great sound to start a major label début

"Don't Want to Know If You are Lonely"


"Hardly Getting Over It", which still regularly appears in Bob Mould setlists

"All This I've Done For You"