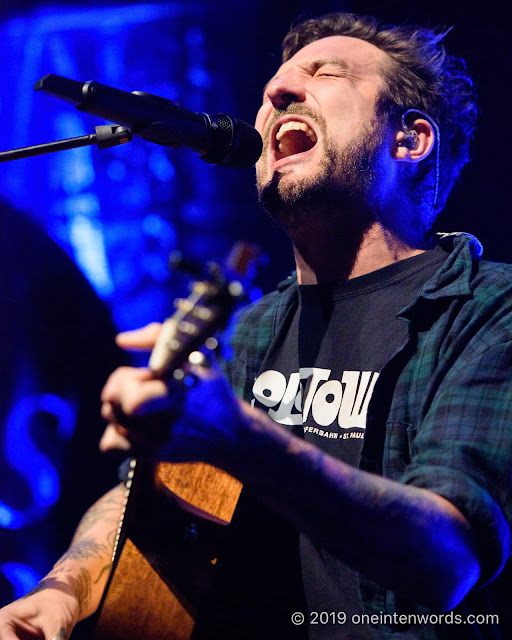 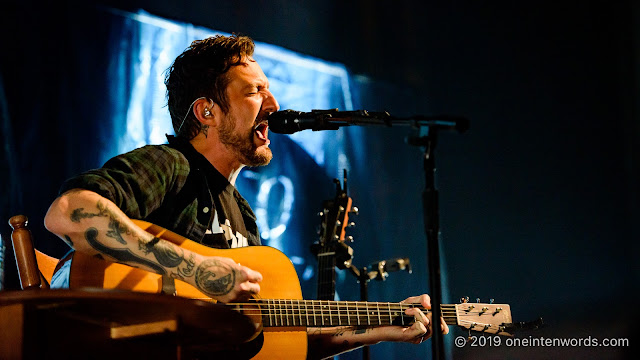 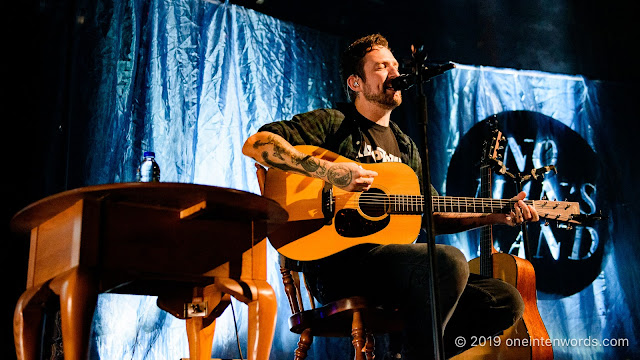 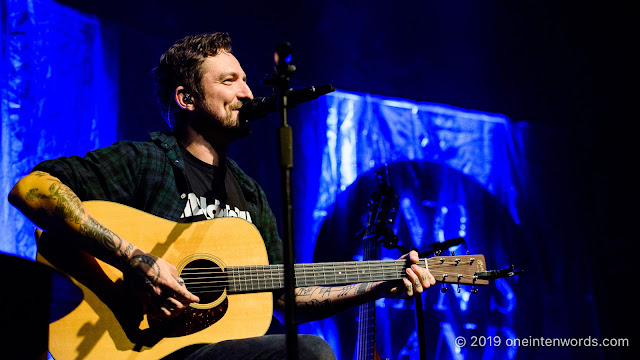 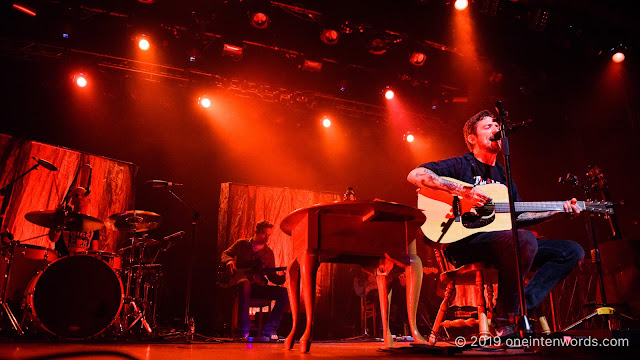 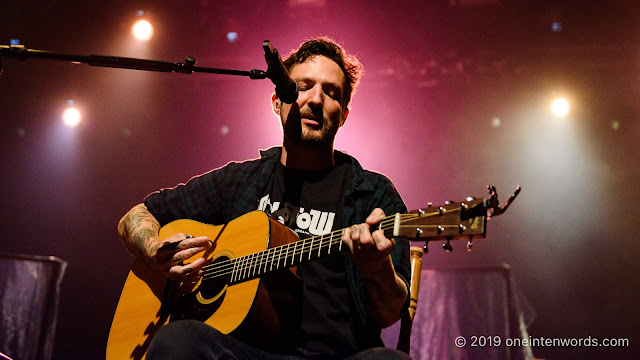 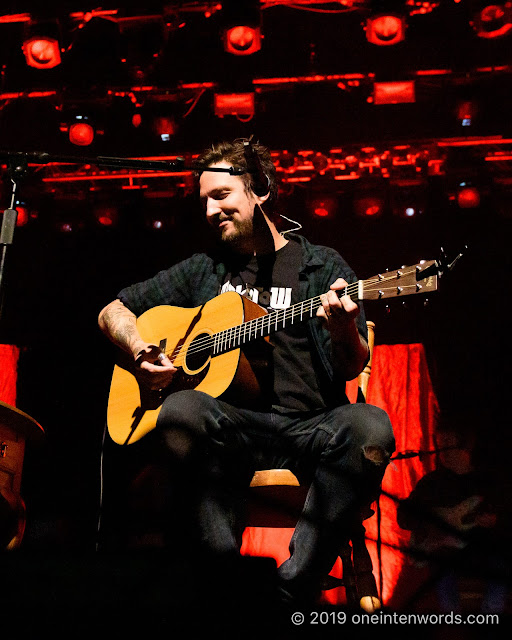 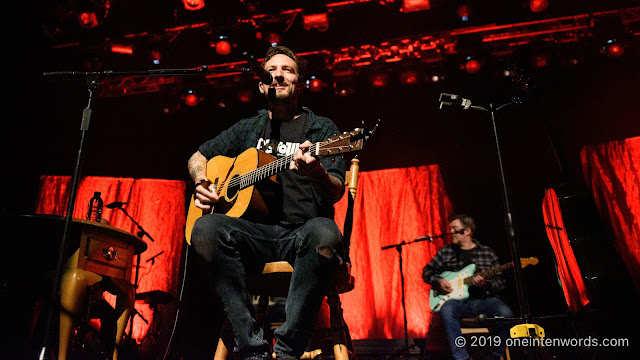 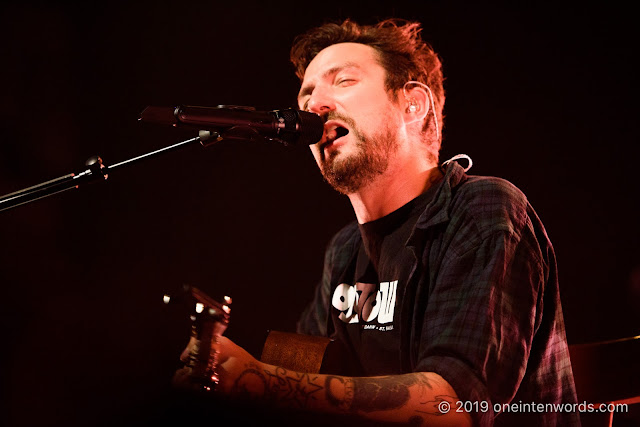 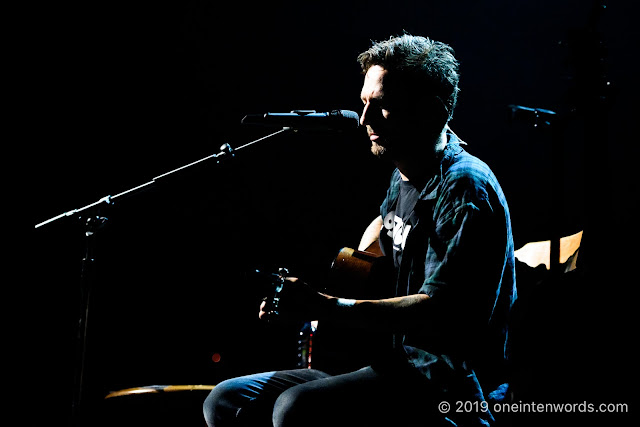 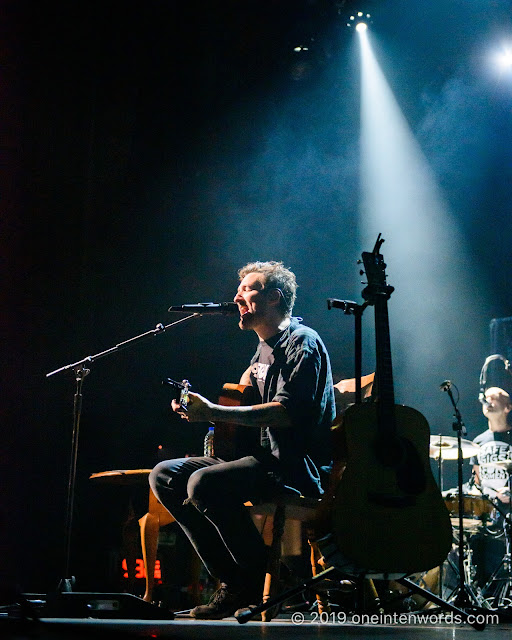 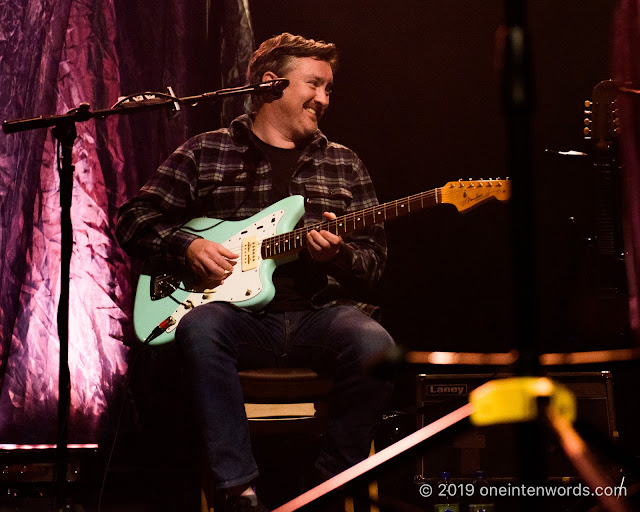 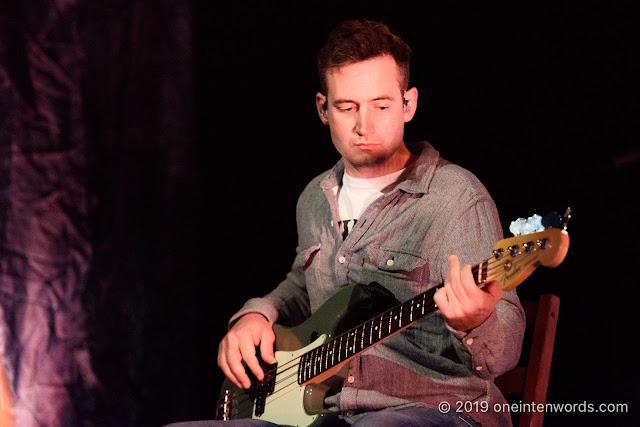 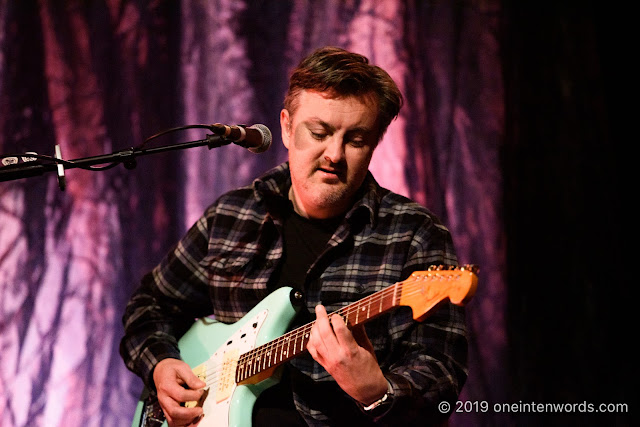 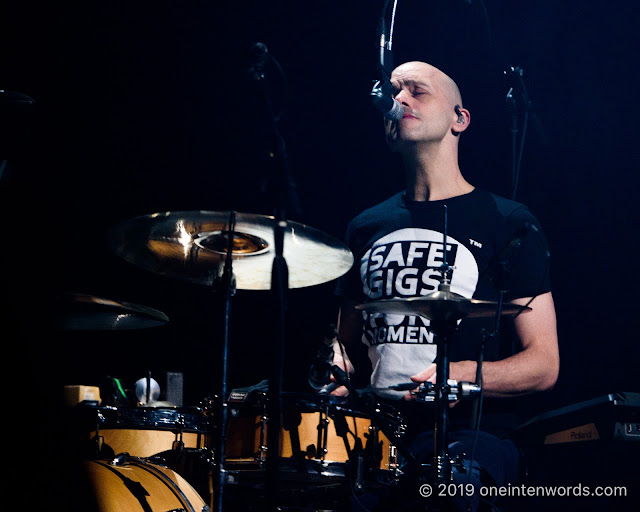 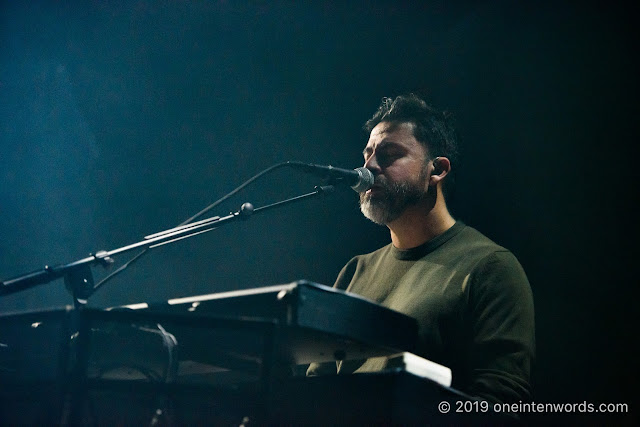 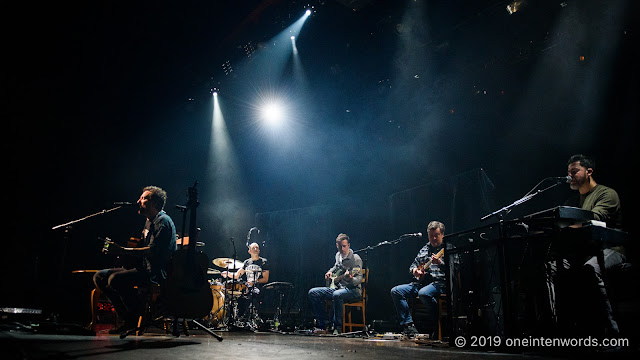 Frank Turner and The Sleeping Souls came through Toronto on tour supporting No Man’s Land. The new album features songs about women. There’s a song for each historically significant woman’s story and one for Frank’s mum.

Frank Turner's music and live performances have been some of my absolute favourites. His music, message and performances always fill my heart and soul to the brim, often bring a tear to my eye, and I rejoice in how down-to-earth and caring Frank is. I've had the privilege to cover four previous Frank Turner and The Sleeping Souls shows, and attend more. If you please, check out my photos from their appearances at The Phoenix Concert Theatre in 2018, at Massey Hall in 2016, at The Danforth Music Hall in 2016 and at TURF back in 2013.

This was a unique Frank Turner show for me. First off, it was in a soft-seat theatre; The Queen Elizabeth Theatre, to be specific. Second, Frank would perform two sets; one solo, featuring songs and stories from No Man’s Land, and one with The Sleeping Souls featuring songs from across Frank’s catalog. Third, the set with The Sleeping Souls was a seated, more acoustic set than usual, featuring an autobiographical story arc / journey through Frank’s life and career. The more acoustic Sleeping Souls set gave the band an opportunity to experiment with arrangements, including an ambitious a cappella beginning to "I Am Disappeared" that was absolutely magical.

Frank's solo acoustic set interweaved wonderful stories and tributes from the new album No Man's Land. I love how Frank expresses his feelings about his fellow human beings. It’s strongly reflected in his musical creations and live shows. The solo acoustic set was closed out with "The Lioness". The singalong and the power of the song and its message brought a tear to my eye and a lump to my throat. Easily one of my favourite songs of the year.

After a short intermission, Frank was back, along with The Sleeping Souls. The set started off strong with "The Ballad of Me and My Friends", quickly followed by "I Knew Prufrock Before He Got Famous". Fitting well with the soft-seat theatre venue and the storytelling nature of the solo set, Frank continued telling us inspiring and insightful stories, creating the narrative arc mentioned earlier.

Frank told us that he uses songs to talk to himself about better ways to live and if we think some of his songs sound like he's preaching, we should know that he's preaching to himself with messages of not giving up. This was the poignant intro to "Reasons Not to Be an Idiot".

"I Am Disappeared" was next with a bold and fucking gorgeous opening that the band should definitely keep in the set. "One Foot Before the Other" conjured Carl Sagan with a mention of the stardust what we're all made of, and how that matter continues on, even if we don't.

Their performance of "The Way I Tend To Be" was so beautiful and powerful. "Blackout" was fantastic. "The Lifeboat" reminded us that if we look out for each other as individuals then there is hope. "Balthazar, Impresario" was met with a massive crowd response, but the singalong increased in intensity with "Long Live the Queen", which always gets me squarely in the feels.

Everybody rose to their feet for an immaculate show-closing trinity of "Recovery", "I Still Believe" and "Be More Kind". This was a perfect song to end the night with. What a much-needed message for our ever-nastier age. We seem to be regressing and taking steps back in so many ways, but if we can resist those darker urges, and just treat all our fellow human beings with kindness, we can reverse the trend and continue to be better every day.

Kayleigh Goldsworthy opened up the show with a fantastic solo set of her own. Check out my photos and some of her music right here.

And finally, here are my favourite tunes from Frank Turner and The Sleeping Souls' set.

"The Ballad of Me and My Friends"

"Reasons Not to Be an Idiot"